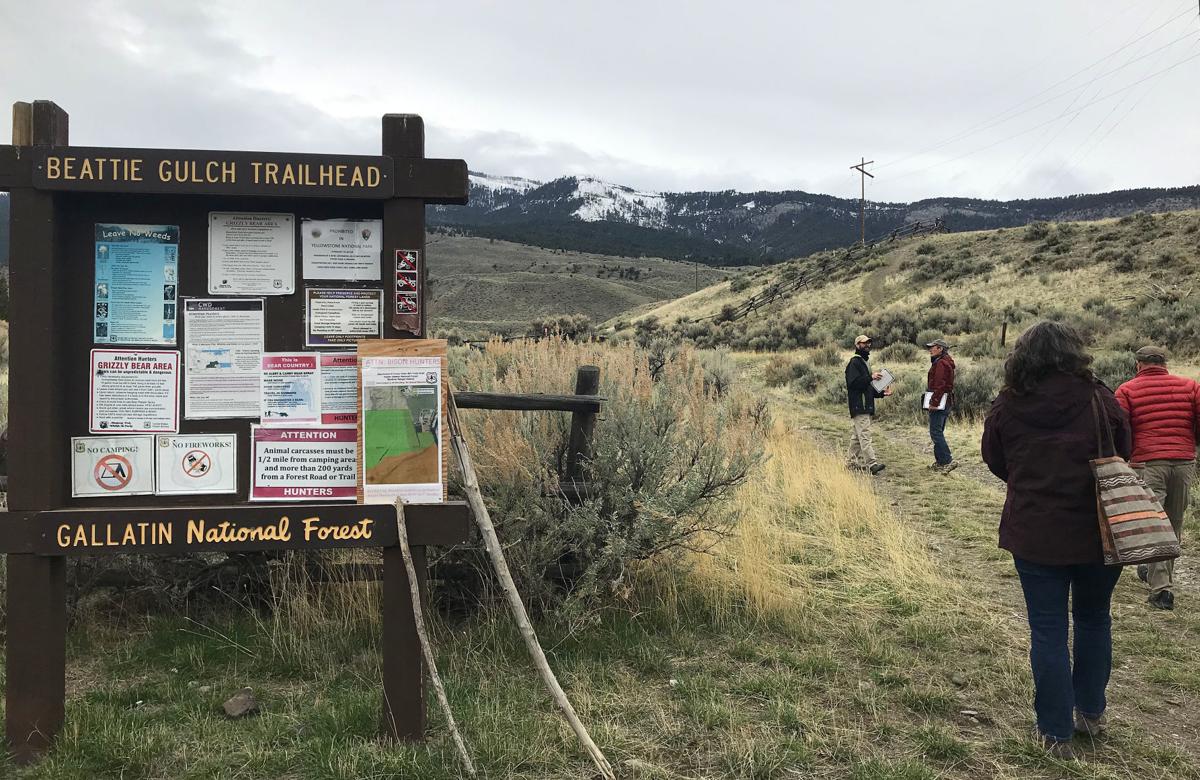 Beattie Gulch is the first place bison can be hunted after crossing Yellowstone National Park's northern border west of the Yellowstone River. As a result, it has become a popular place for tribal and state hunters to shoot the animals. 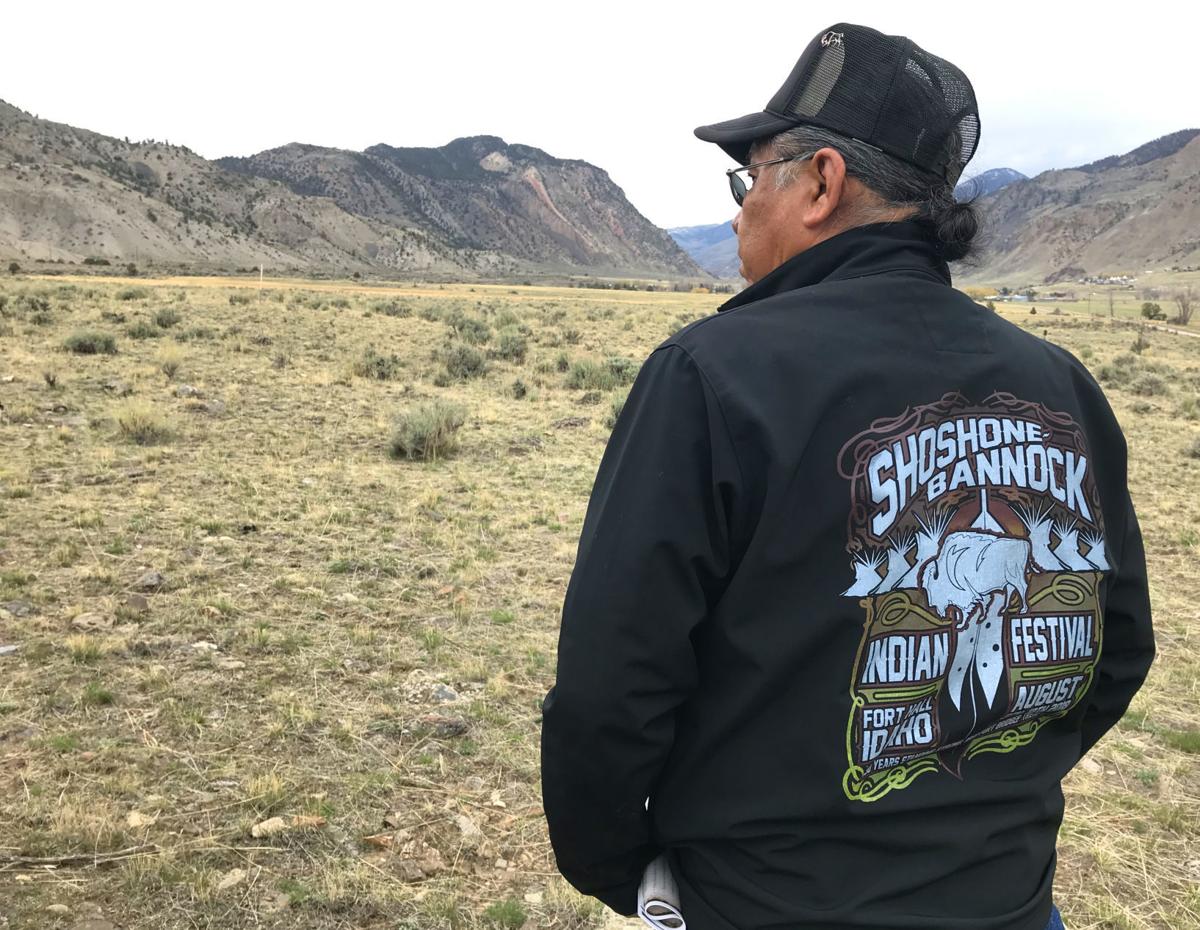 Four tribes have banded together to manage hunting in the area, but other tribes are asserting their rights to bison hunting. 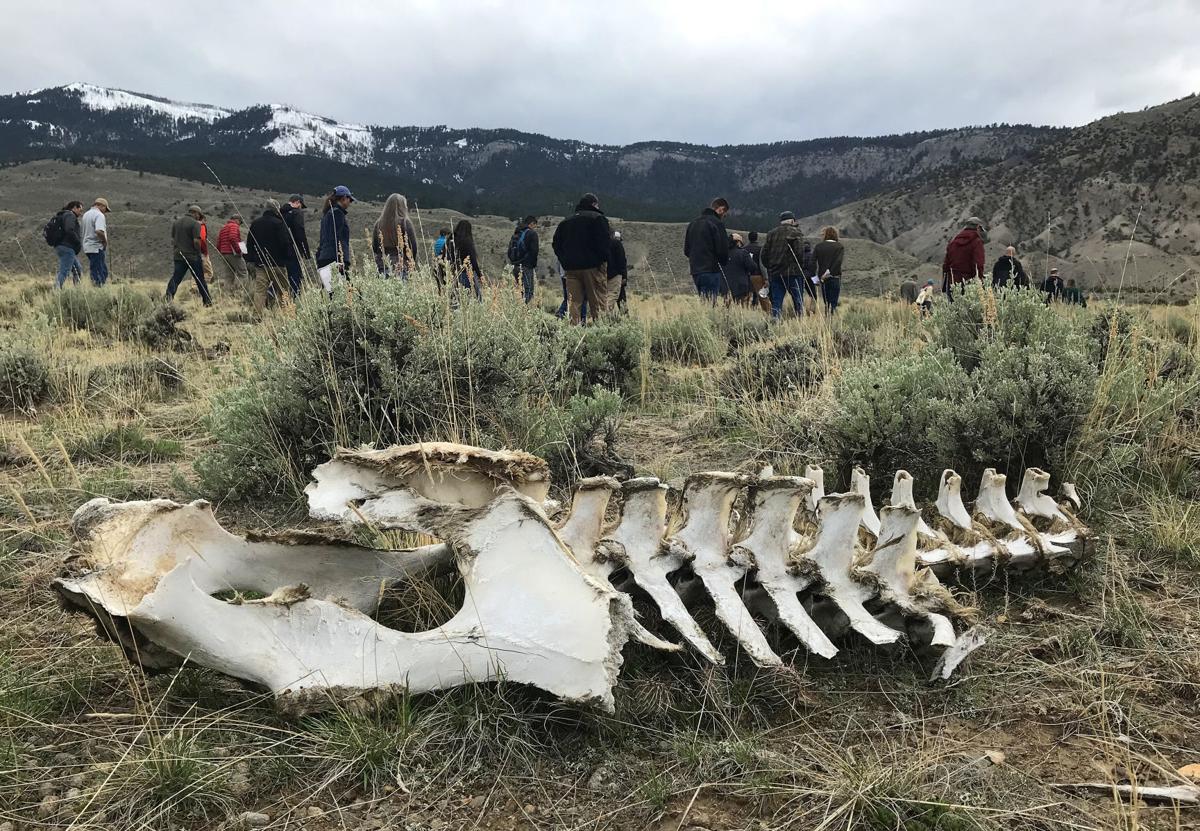 Bison bones litter the ground near Beattie Gulch and across from residences along the county road in the Gardiner Basin.

A plea to halt Montana’s winter bison hunt has been denied by a D.C. District Court judge.

In an order filed Nov. 11, Chief Judge Beryl Howell also ruled that Montana is the proper place to consider a lawsuit filed by Gardiner-area resident Bonnie Lynn and Neighbors Against Bison Slaughter who are arguing that bison hunting so close to residences is life threatening.

In rejecting those arguments, Howell turned the complaint around, writing that tribal hunters were the ones who would be “substantially injured” if a temporary restraining order and preliminary injunction halting the hunt were approved.

The lawsuit centers on Beattie Gulch, a small parcel of the Custer Gallatin National Forest where a portion of Yellowstone National Park’s bison migrate from the park during harsh winters while seeking forage. Beattie Gulch is across the road from Lynn’s home. Because of the geography and land ownership in the area, the gulch is one of the first places bison can be hunted on the north side of the park. Hunting is not allowed inside the park.

Montana began a hunting season for bison that leave the park in 2005. The state hunt issues only 50 either-sex bison tags and maintains a hunt roster for up to 100 cow-calf licenses if there is a large out-migration of bison. That hunt began Nov. 15 and extends to Feb. 15.

But the majority of the bison harvest is by tribal members with treaty rights. Four tribes filed a brief in the lawsuit arguing that the hunts are important to their cultural traditions, and also provide an important source of food for tribal members.

Lynn and the Neighbors group had argued that the Forest Service and National Park Service were abdicating their responsibilities by allowing the bison hunts to continue. Those entities, represented by U.S. Department of Justice’s assistant attorney general Jean Williams, said that control of hunting in Montana falls under state jurisdiction, even when the land and animals are federal property.

In addition, Williams contended that the Forest Service has already taken a number of steps to ensure greater safety for neighboring landowners in the Beattie Gulch area, including: a permanent shooting closure for a portion of the gulch near the Yellowstone River; a 150-yard no-shooting zone along the county road where bison remains must be removed; and opening of an administrative road to ease crowded parking conditions on the county road.

The four tribes have also authored an inter-tribal agreement setting rules for bison harvest in the area that includes limiting the number of hunters, and designating a lead hunter to ensure safety and hunting protocols are followed.

The lawsuit is not the only evidence of discontent among landowners in the Gardiner Basin, where the majority of the hunting occurs. The Bear Creek Council, composed of Gardiner-area residents, has been lobbying the federal, tribal and state partners of the Interagency Bison Management Plan to adopt strategies to make the hunts safer.

On a tour this spring council members outlined their concerns as well as possible solutions. One solution offered was to make bison carcass removal mandatory in Beattie Gulch. The council is also advocating to expand the no-shooting area by another 100 yards and suggested widening the road next to Beattie Gulch or providing parking areas, as well as adding bear-proof trash containers. The group’s concerns weren’t specific to Beattie Gulch, but also extended to the Jardine Road and Eagle Creek areas to the east of Gardiner where bison hunting also occurs.

The IBMP will meet in West Yellowstone on Dec. 3 to decide on the winter removal of bison. Every winter the Park Service captures bison and sends some to slaughter bison. The meat is distributed to participating tribes. The removals are meant to reduce the bison population in accordance with an agreement between the agency and the state of Montana.

The lawsuit, briefs and order can be found online at www.constitutionalintegrity.org/bison-management-documents.

A bison breakout on the Eastside Highway north of Stevensville ended with two animals dead and a truck totaled Monday night.