Wet soils in much of the upper Missouri River Basin are increasing the possibility of above-average runoff, according to the U.S. Army Corps of Engineers.

In its April report the agency said "the potential for flooding remains, particularly in the lower river due to continued high river stages on many of the uncontrolled tributaries downstream of the Missouri River Mainstem Reservoir System."

The Corps manages six dams on the Missouri, including Fort Peck Reservoir in Montana. Fort Peck is forecast to rise less than a foot in April. The lake's elevation was 2,235.7 feet at the end of March and is predicted to rise to 2,236.4 feet by the end of this month.

Releases from the dam were 7,800 cubic feet per second in March but have been cut back to 7,500 cfs.

March runoff above Sioux City, Iowa, on the Missouri River was 5.5 million acre feet, which is almost two times average, the Corps said. The above average runoff was attributed to plains snow melting over heavily saturated soils.

“The warmer-than-normal temperatures melted most of the plains snow in the eastern and central Dakotas,” said John Remus, chief of the Corps' Missouri River Basin Water Management Division. "Along with the steady, but near average, rate of snow accumulation in the mountains, the projected upper Missouri River basin runoff for 2020 has been slightly reduced."

Based on current soil moisture conditions, current plains and mountain snowpack, and long-term temperature and precipitation outlooks, the 2020 runoff forecast is now 35.5 MAF.

“This is still an above average runoff forecast and much of it depends on whether the mountain snow peaks in mid-April and if rain events or lack of rain differs significantly from what the climate outlooks indicate,” Remus said.

In early March the Associated Press reported that Republican senators from Nebraska, Iowa, Kansas and Missouri — which saw $3 billion in damage from Missouri River flooding last year — are pushing legislation that would require the Corps to change its management of the river.

Effective Wednesday all U.S. Army Corps of Engineers-managed campgrounds around Fort Peck Reservoir will be closed to protect against the spre…

Fort Peck Reservoir is predicted to climb less than a foot in April as rain and snow melt begin to fill the large lake. 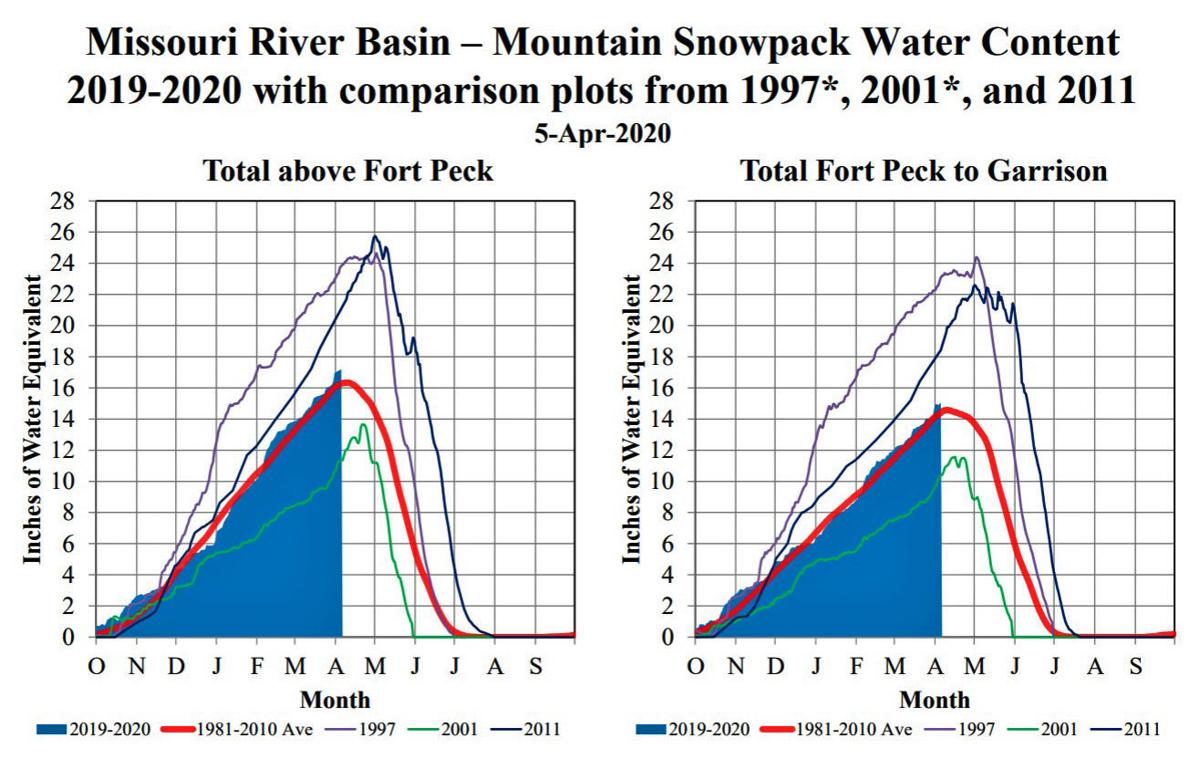