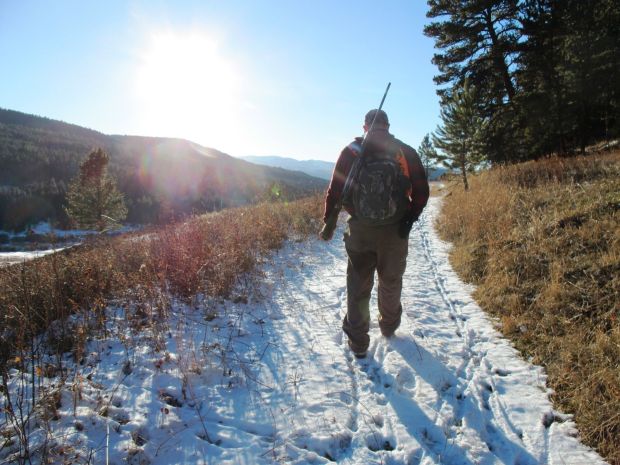 Hunters, sporting groups and federal and state agencies are collaborating in the pursuit of greater access to public lands. 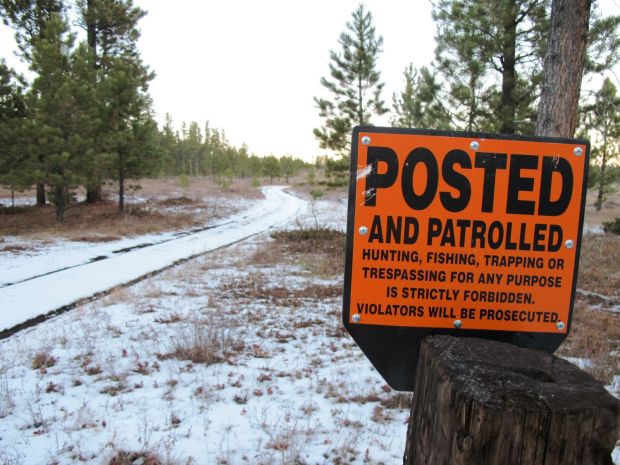 State and federal officials are seeking innovative ways to increase access to public and private lands.

Calling himself a “Joe Blow working-class guy” who likes to hunt and fish, Tom Jacobson was frustrated by continually losing access to ranches where he had hunted.

Jacobson also is a representative from Great Falls in the Montana Legislature, which has been a contentious arena when bills pushing for greater access to public lands have come up for debate.

So the fact that in the last session he successfully negotiated the passage of a bill that could open up access to some landlocked state-owned lands is no small feat.

The bill even gained the support of the state’s farm and stockgrower lobbyists, who typically oppose sportsmen’s groups on access issues.

“I think it was a pretty good start,” Jacobson said. “It was unusual. I think a lot of the Republicans were looking for a way they could show support for sportsmen. They saw this as a win-win for everybody.”

At the state and national level, politicians goaded by nonpartisan sporting groups are diligently and creatively seeking new and different ways to provide the public with easier entry to public lands.

Access to public lands has been one of the top issues among sportsmen’s groups at the Montana Legislature for several of the past sessions. As ranches are sold by longtime family owners to out-of-state and corporate owners, many hunters have seen the number of places they can hunt dwindle. That’s forced more hunters onto the available public lands, which often results in those places quickly becoming void of game as the animals flee to the refuge of off-limits lands.

The situation has forced hunters to more actively pursue access to public lands.

Two bills have been introduced in the U.S. Senate — the aptly named SPORT (Sportsmen's and Public Outdoor Recreation Traditions) Act, co-sponsored by Sen. Jon Tester, and HUNT (Hunt Unrestricted on National Treasures) Act. Both would tap 1.5 percent of the Land and Water Conservation Fund’s revenue, derived from fees on offshore oil and gas drilling, to pay for the development or purchase of access to federal lands.

In the last legislative session, Montana lawmakers successfully defeated a bill that would have allowed the public to cross from public land to public land at property corners, a measure that was vehemently opposed by agricultural groups.

Under the radar, since 1985 the state’s Block Management Program has provided the public access to private lands during the hunting season. Landowners are paid from license fee dollars. In 2013, about 1,240 landowners enrolled roughly 7.8 million acres in the program.

The amount of federal and state lands inaccessible to the public is considerable.

In developing a fiscal analysis for Jacobson’s bill, the Montana Department of Fish, Wildlife and Parks estimated that 1.2 million acres of the state’s 5.1 million acres of state school trust land is landlocked.

In a recent survey of five Western states, Montana had the dubious honor of claiming the most inaccessible federal lands at 1.95 million acres, according to a study conducted by the nonpartisan Center for Western Priorities. Wyoming followed with 758,000 acres. The other states surveyed and their acreage are New Mexico, 542,000; Colorado, 540,000; Utah, 197,000, and Idaho, 163,000.

“And that’s a pretty conservative estimate because of the way the records are kept,” said the CWP’s Trevor Kincaid. “The numbers are probably considerably higher.”

He said federal record keeping made it very difficult for the cartographer CWP hired to figure out what was accessible and what was not.

“As far as we know, we’re the only group that’s ever looked into this,” Kincaid said.

Jacobson’s bill — the Unlocking State Lands Program — is just one example of how lawmakers can be creative to reach their goals, and in this case offer an incentive. The program would provide participating landowners a $500 tax credit for every parcel of state land that they opened to public access. The credit would be capped at $2,000. Landowners would have to apply for the credit and the property vetted and posted by FWP. The bill, which would take effect in 2015, sunsets after three years unless renewed.

FWP estimated that 40 parcels a year would be offered, with some turnover each year. Over the course of the three years, the impact to the state’s coffers is estimated to increase from $15,000 to $43,000.

Marshall Johnson, regional director of the Mule Deer Foundation, spoke in favor of the measure at a recent Fish and Wildlife Commission meeting. He noted that in his own informal survey of public lands northeast of Billings in Hunting District 590, he found 64 percent of Bureau of Land Management lands and 57 percent of state land in that district was inaccessible from county roads.

“That’s really frustrating,” he said. “I went to six or eight different ranchers and asked them if I could have walk-in access, and they all said ‘Nope.’ Many had out-of-state owners.”

Johnson questioned whether the $500 tax credit would be a large enough incentive to motivate landowners. But Jacobson said he has already received inquiries from two ranchers interested in specifics of the program, even though the rules are still being developed by FWP.

State BLM director Jamie Connell said in a recent press release that her establishment of an internal access board in 2011 has resulted in some successes, although challenges such as shrinking budgets make such work difficult.

Connell said the BLM now has some reciprocal access and rights of way with the state Department of Natural Resources and Conservation.

“In the past five years, we have completed 24 realty transactions resulting in 34,773 acres of new public land access,” Connell added. “As a result, this has improved access to an additional 20,760 acres of both federal and state lands. In the process, we’ve also improved access to the Upper Missouri Wild and Scenic River, the Chain of Lakes, and the Garnet National Winter Recreation Trail.”

Jim Ledger, a BLM realty specialist based in Missoula, said the agency's work has provided access to 5,500 acres near Billings, including the popular Weatherman Draw site, as well as about 12,000 acres west of Canyon Ferry Reservoir, 22,000 acres near Miles City and 15,000 acres in the Blackfoot River drainage.

South of Big Timber, the Gallatin National Forest recently reached an agreement with a landowner to provide a new access road to federal lands near Cherry Creek. That agreement took years of legal wrangling and a threat of condemnation before being finalized.

Public agencies aren’t alone in their work to open access. Conservation organizations like the Rocky Mountain Elk Foundation have also stepped into the access business. The Missoula-based group recently purchased a 40-acre parcel south of Lewistown that provides access to 18,000 acres of the Lewis and Clark National Forest. RMEF then sold the property to FWP at a discount and indicated that the group is looking for other opportunities where it can move more quickly than state and federal agencies to purchase lands that provide public access.

The group Public Land/Water Access Association has long advocated for counties to fight to keep roads open where public dollars have been spent on improvements or historical easements have been established.

The issue has even reached the governor’s office. Gov. Steve Bullock is filling positions on a new Private Land/Public Wildlife Council to review all of the state’s access programs and their funding. The review is a response in part to north-central Montana landowners’ complaints about FWP’s purchase of a ranch along the Milk River last year. Opponents said the state paid too much, and several nearby ranchers closed their land to public access in protest of the purchase. It’s hoped the review may soothe some of the raw nerves over the access issue, both sportsmen's and landowners'.

Legislator Tom Jacobson is hopeful that there may be a greater focus on cooperation going forward. The alternative isn’t good.

“If we don’t change this course now, it’s only going to get worse,” he said.

The Montana Fish and Wildlife Commission is seeking comment on a proposed rule that would offer tax incentives to private landowners who provide public access to state lands.

The proposed rule is in response to a new law that established the Unlocking State Lands Program. Under the program, landowners can receive a $500 tax credit by providing public access to a parcel of state land through contractual agreements with Montana Fish, Wildlife and Parks. A tax credit would be offered for each qualified access point, with a limit of $2,000 per year, per landowner.

The law requires the commission to adopt administrative rules for establishing contracts that address duration of access, types of qualified access and reasonable landowner-imposed restrictions.

First of its kind: Land exchange would be major windfall for DNRC

A Texas businessman has proposed a land exchange with the state that, if approved, would give the Montana Department of Natural Resources and …

Hunters, sporting groups and federal and state agencies are collaborating in the pursuit of greater access to public lands.

State and federal officials are seeking innovative ways to increase access to public and private lands. 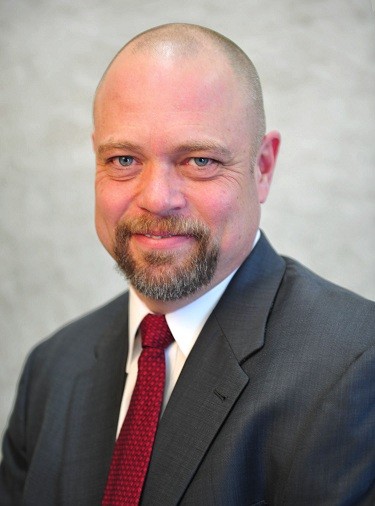