A Nye-area hunting outfitter and his family are suing the Custer Gallatin National Forest claiming the agency’s plan to build a new trail threatens grizzly bears and their habitat in violation of the Endangered Species Act.

“Their use of the Endangered Species Act is very novel,” said Michelle Bryan, a University of Montana Law School professor. “Normally you would see an environmental group arguing about something like this.”

In September, Paul and Cathy Donohoe, of Donohoe Outfitting, and five other family members filed suit in U.S. District Court in Billings seeking to prevent the trail from being built in the spring of 2021. According to the Donohoe Outfitting website, the family has lived along Castle Creek since 1915 and provided outfitted hunting, fishing and horseback rides for more than 30 years on their 4,000-acre cattle ranch.

Grizzlies are protected in the lower 48 states as a threatened species under the Endangered Species Act. Their population has grown in recent years in the Greater Yellowstone Ecosystem, resulting in more bear sightings and cattle depredations along the Beartooth Front where the Donohoes live.

The Donohoes did not return a phone call seeking comment. Beartooth District ranger Ken Coffin said he could not comment on pending litigation.

At the center of the lawsuit is the Forest Service’s plan to clear an old route along the West Fork of the Stillwater River to an Absaroka-Beartooth Wilderness trailhead. The trail is the second part of a larger project authorized in 2015 to replace a bridge on Forest Road 2846 — a nine-mile road that travels behind the Stillwater Mine, past Horseman Flats to the West Fork.

In 2015 Beartooth District ranger Traute Parrie approved the first phase: construction of about one mile of trail between Initial Creek Campground and the trailhead. The trail was intended to “alleviate congested parking at the West Fork Stillwater trailhead by providing adequate trailer parking at the campground and a safe route via the historic route to the trailhead,” the lawsuit stated.

Then in 2018, new Beartooth District Ranger Ken Coffin approved phase two of the project, constructing about three miles of nonmotorized trail from the Picket Pin Road near the Castle Creek Trailhead to the West Fork Stillwater Trailhead. Much of the work would be clearing an old route, known as the Bryant Road, of deadfall and new growth. Sections of that old trail are visible on satellite photos of the area.

The Donohoes protested the work, in part because it would increase traffic close to their ranch. They also said the new trail would: create a redundant access point to the same area; was an inappropriate use of trail funds; their cattle might move into the West Fork area after the trail was cleared; and the Forest Service failed to comply with the National Environmental Policy Act by using a "categorical exclusion" to build the trail.

A categorical exclusion means the agency approved phase two without an environmental assessment, which is often required.

Seeking additional leverage, the Donohoes wrote a letter to Congressman Greg Gianforte in July 2019 listing their complaints. Gianforte apparently forwarded the Donohoes’ concerns to Custer Gallatin National Forest supervisor Mary Erickson. She responded to Gianforte in August 2019 saying the new trail would improve access to the area during the hunting season “when snow and icy conditions prevail. The new trail ties into the West Fork Stillwater River trailhead and would minimize these user safety concerns,” according to an excerpt of the letter referred to in the lawsuit.

Unhappy with Erickson’s response, the Donohoes sought agency documents through the Freedom of Information Act, and by spring of 2020 notified the Forest Service of their intent to sue, citing violations of the Endangered Species Act. They argued, in part, the new trail would provide “unencumbered access for grizzly bears to travel into ranches and farms in lower elevations.”

The Forest Service responded by revising its biological assessment, but not to the satisfaction of the Donohoes.

The lawsuit filed by the family reads in part, “Of particular concern for the Donohoes and the recovering grizzly population are the spring and early summer months, when bears emerge from hibernation to scarce food supplies at higher elevations in the Beartooth Mountains. The proposed trail would lead grizzlies directly to ranches in lower elevation valleys commonly in the middle of calving or lambing in spring and early summer.”

The suit goes on to note that “livestock predations and grizzly sightings … are well documented in recent years” near Red Lodge, more than 35 miles to the southeast, and that “grizzlies were euthanized for repeat livestock predations in 2015, 2018 and 2019” in the Red Lodge area.

Providing easier hunting access to the West Fork of the Stillwater raises another concern with the Donohoes. By increasing hunter access to the area, they argue, it “is reasonably certain to increase” hunter conflicts with grizzly bears.

“You ultimately have to ensure you aren’t creating jeopardy for the grizzly,” Bryan said.

The lawsuit highlights several unique circumstances, including the tension created when an animal successfully recovers under the Endangered Species Act; the difficulty of balancing multiple use on federal lands close to private lands; and how the family is using the ESA — an act meant to save animals — as a way to protect their private interests.

“The fact that the Forest Service has this mandate to incorporate many uses in the forest does make it challenging to balance all of those views,” Bryan said.

The family only has to win on one of its claims to either stall the trail project by requiring the Forest Service to conduct more analysis, or kill the plan entirely.

On the other hand, the Forest Service’s case is strong if they can prove to the judge that they adequately explained the decision to build the trail and support it with documentation, proving that the action wasn’t arbitrary or capricious, Bryan said.

“From a human interest standpoint, the return of the grizzly on the landscape and how we do that is a huge question that we haven’t resolved,” she said.

Tips to help you survive RVing with your kids

Should you exercise when you feel sick?

Should you exercise when you feel sick?

These are the reasons parents don't get enough sleep

These are the reasons parents don't get enough sleep

The Shoshone National Forest is in the process of reviewing more than 6,000 comments received during a 60-day public comment period for its tr…

The team is weighted toward agricultural and commercial interests and past critics of the agency.

A Bozeman-based group has proposed wilderness designation for about 800,000 acres in the Custer Gallatin National Forest stretching from the W…

Bears need baths too, but not to wash dirt from between their hairy toes. Instead, taking a dip in a cool pool of water helps the large, furry… 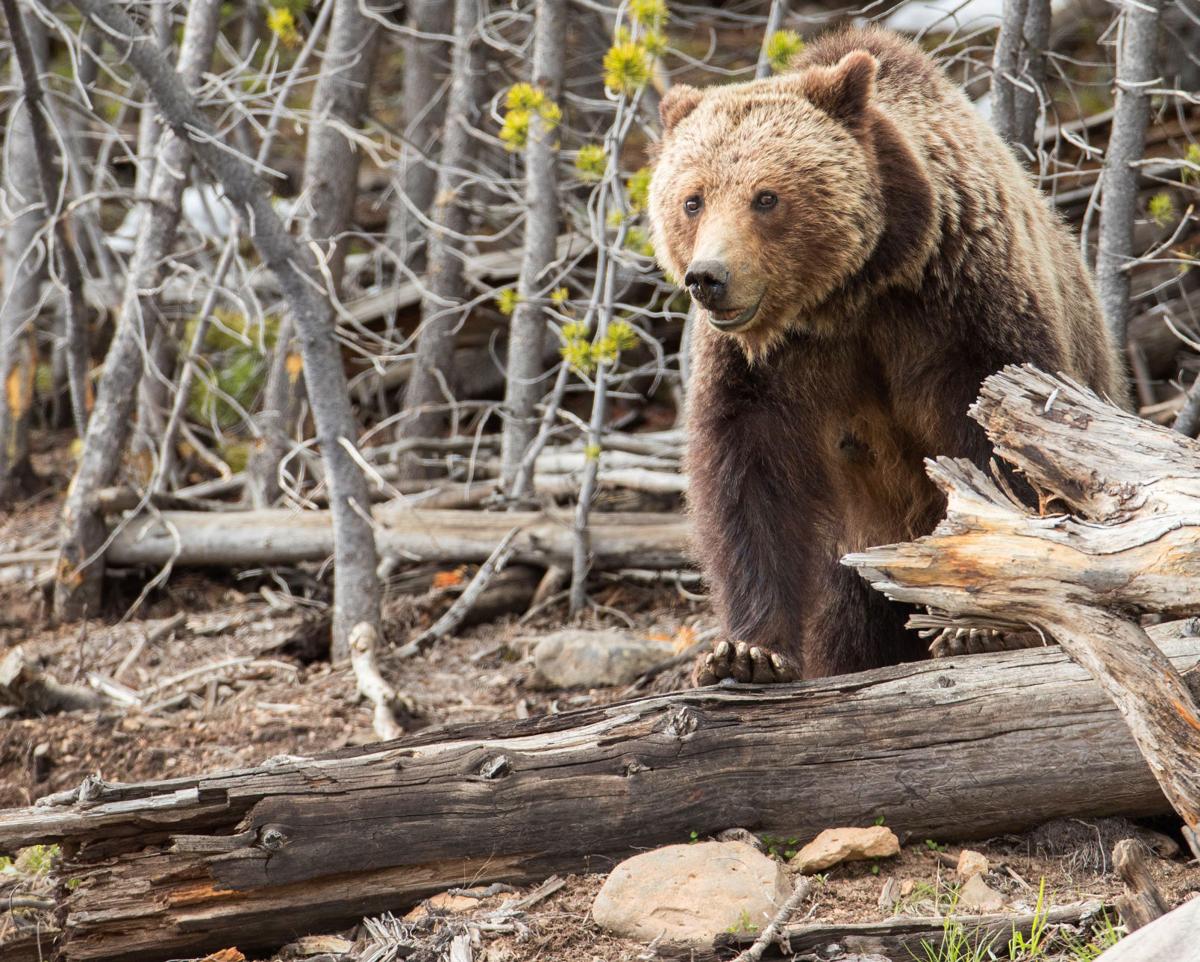 A Nye hunting outfitter has sued the Custer Gallatin National Forest claiming that a proposed trail would harm grizzly bears. 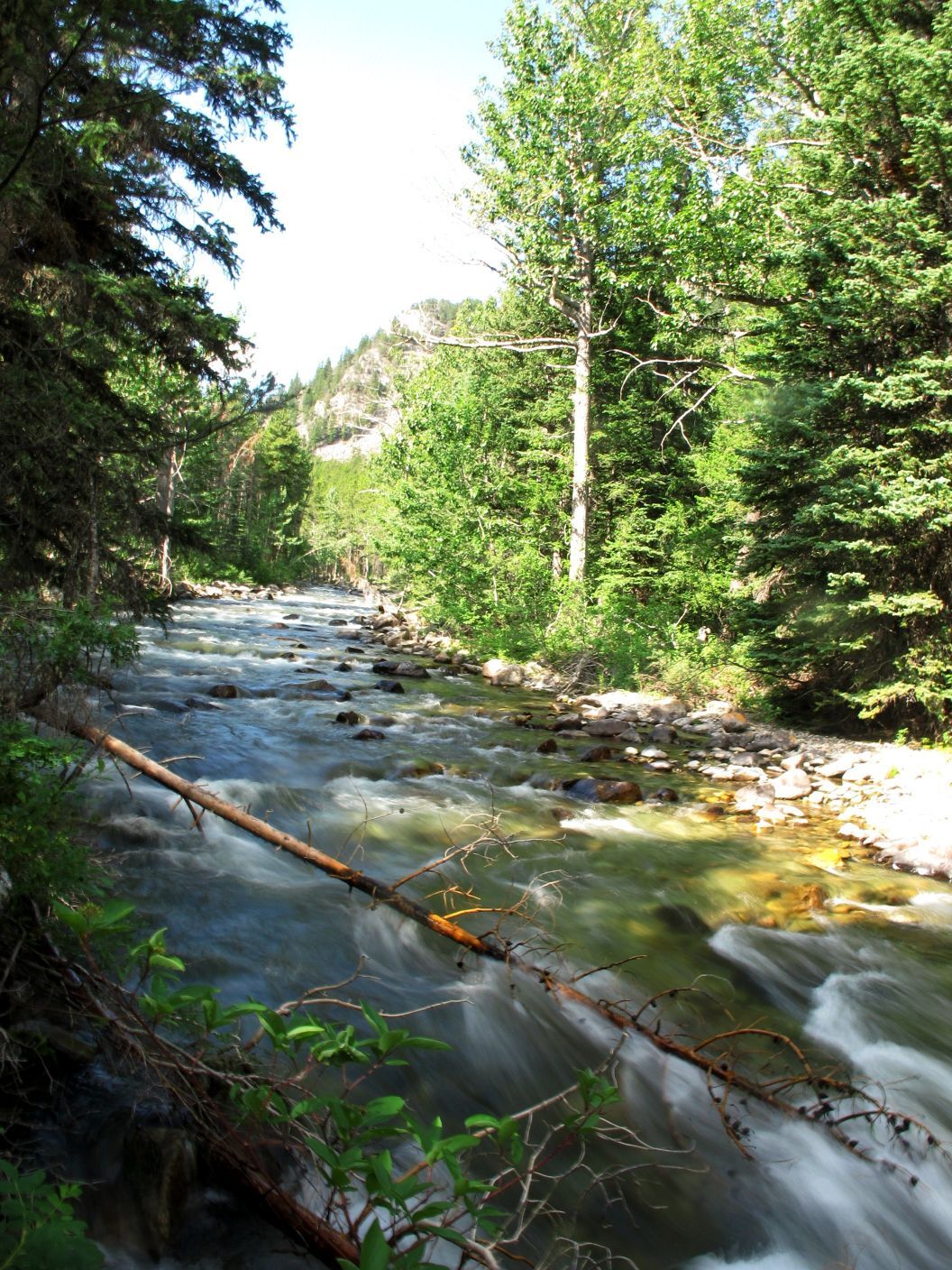 The West Fork Stillwater River is a popular recreation area near Nye on the Custer Gallatin National Forest. 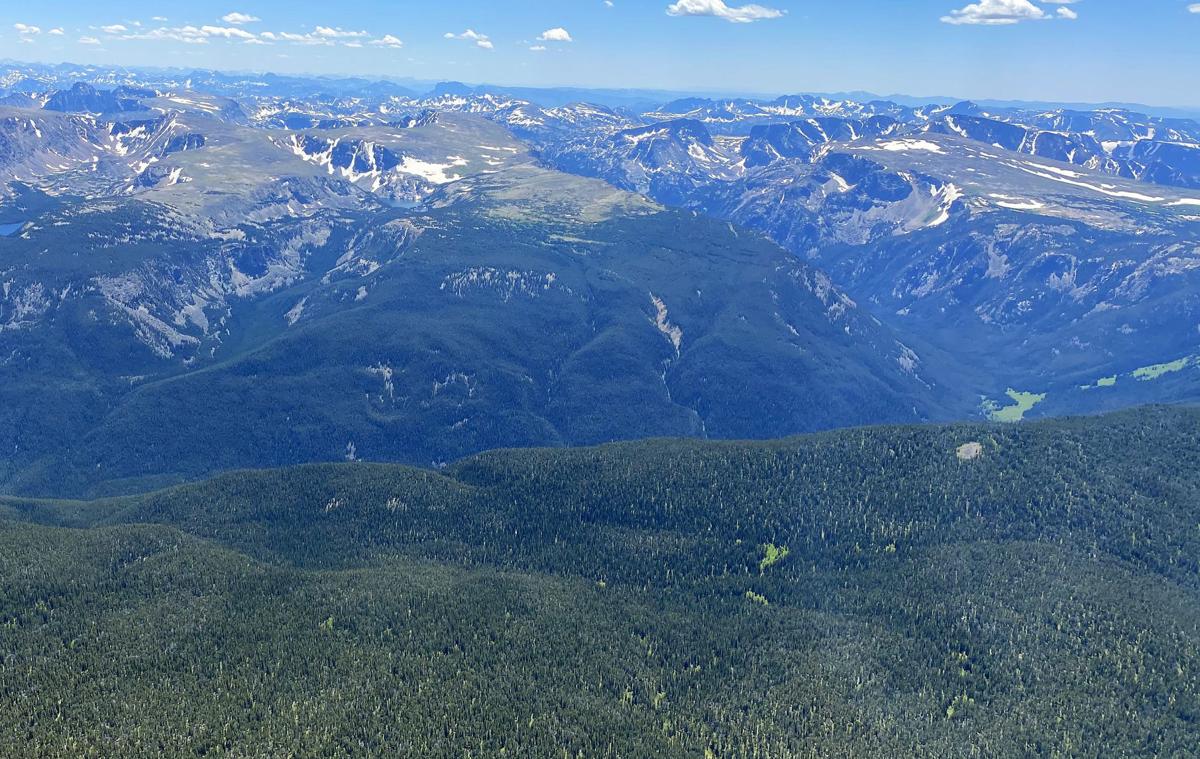 The West Fork of the Stillwater River, the drainage that runs through the middle of this aerial photo, accesses some wild country in the Beartooth Mountains. 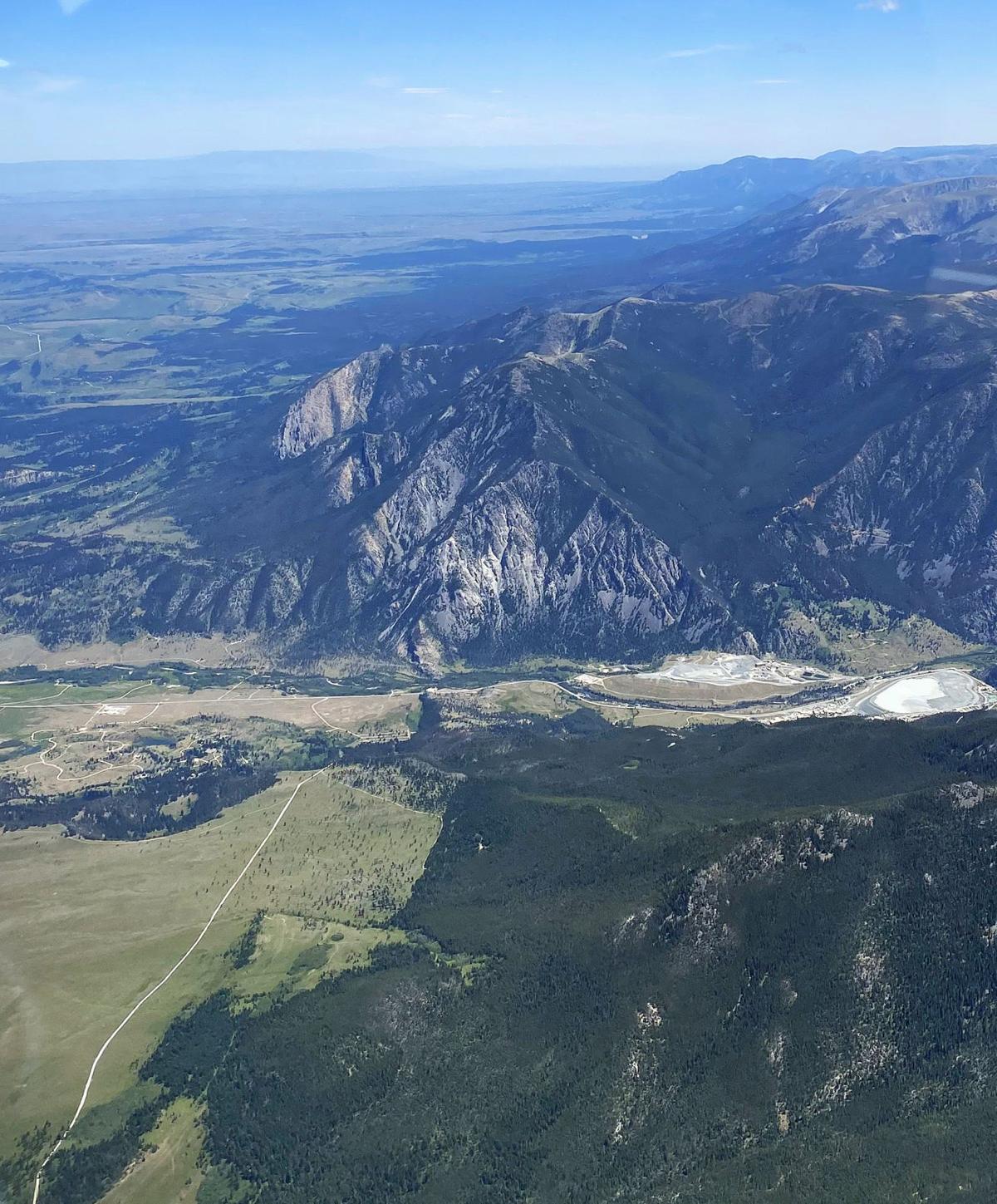