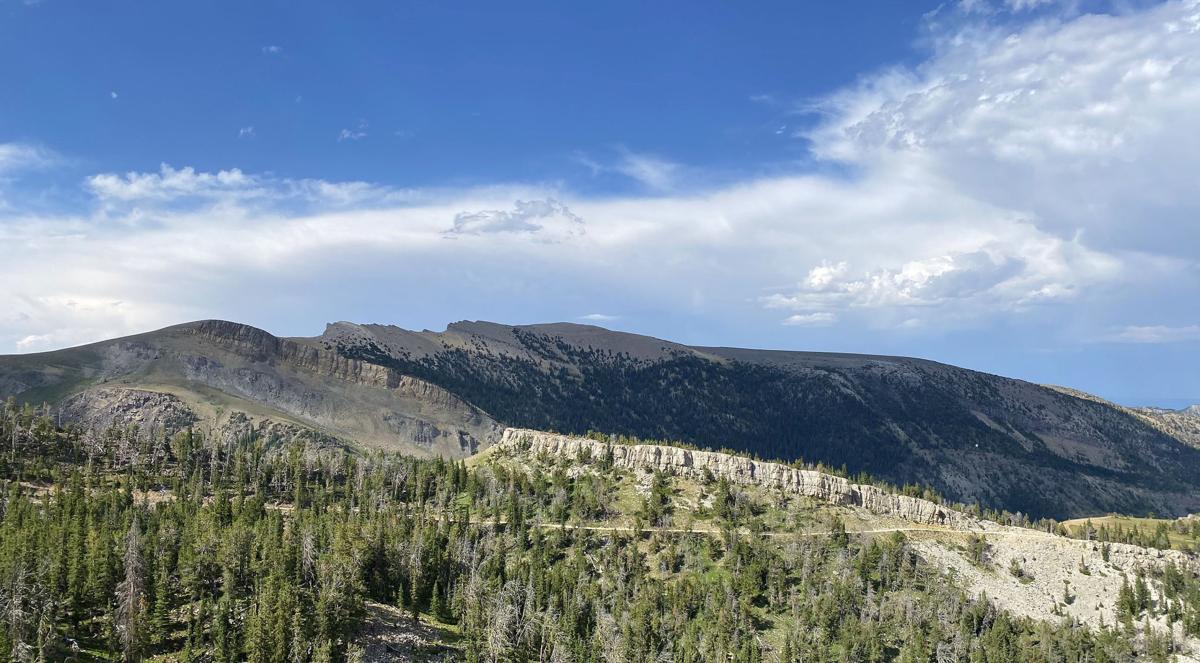 Picket Pin Road seems to defy gravity in some places as it clings to the side of steep slopes on the way over the top to the East Boulder Plateau. 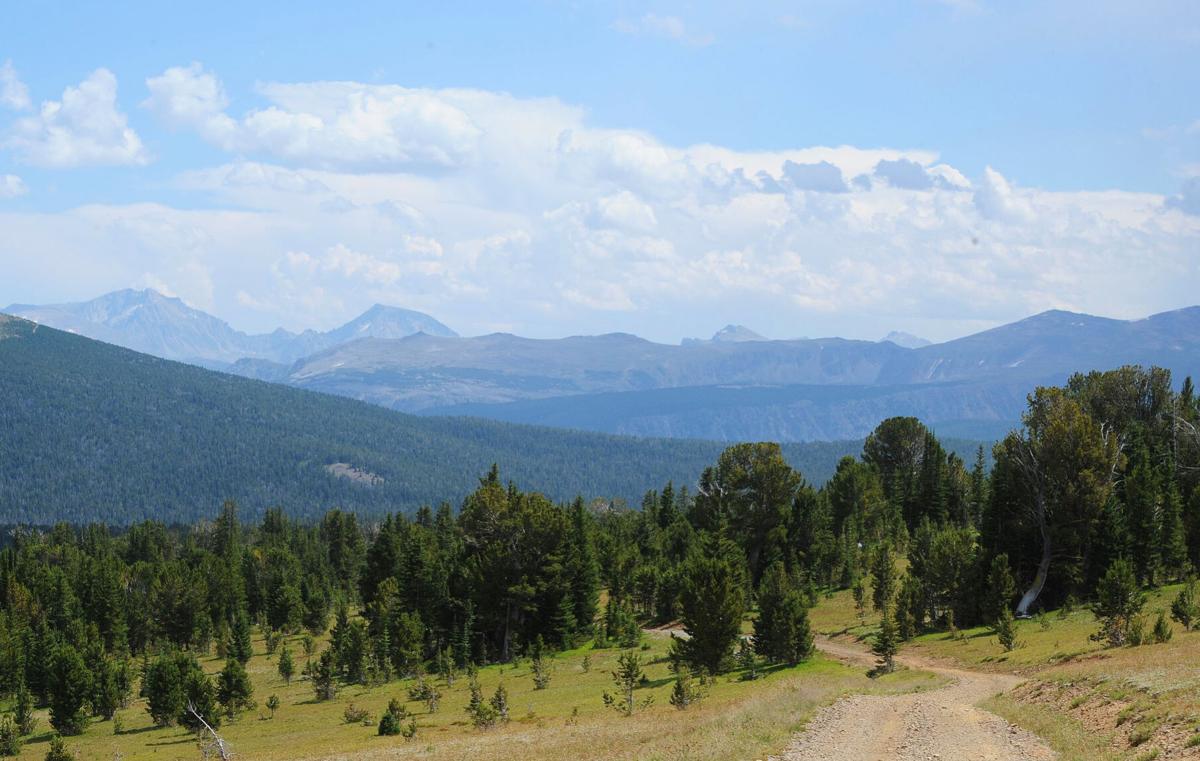 Looking southeast from the Picket Pin Road atop the East Boulder Plateau provides this view of Beartooth Mountain peaks. 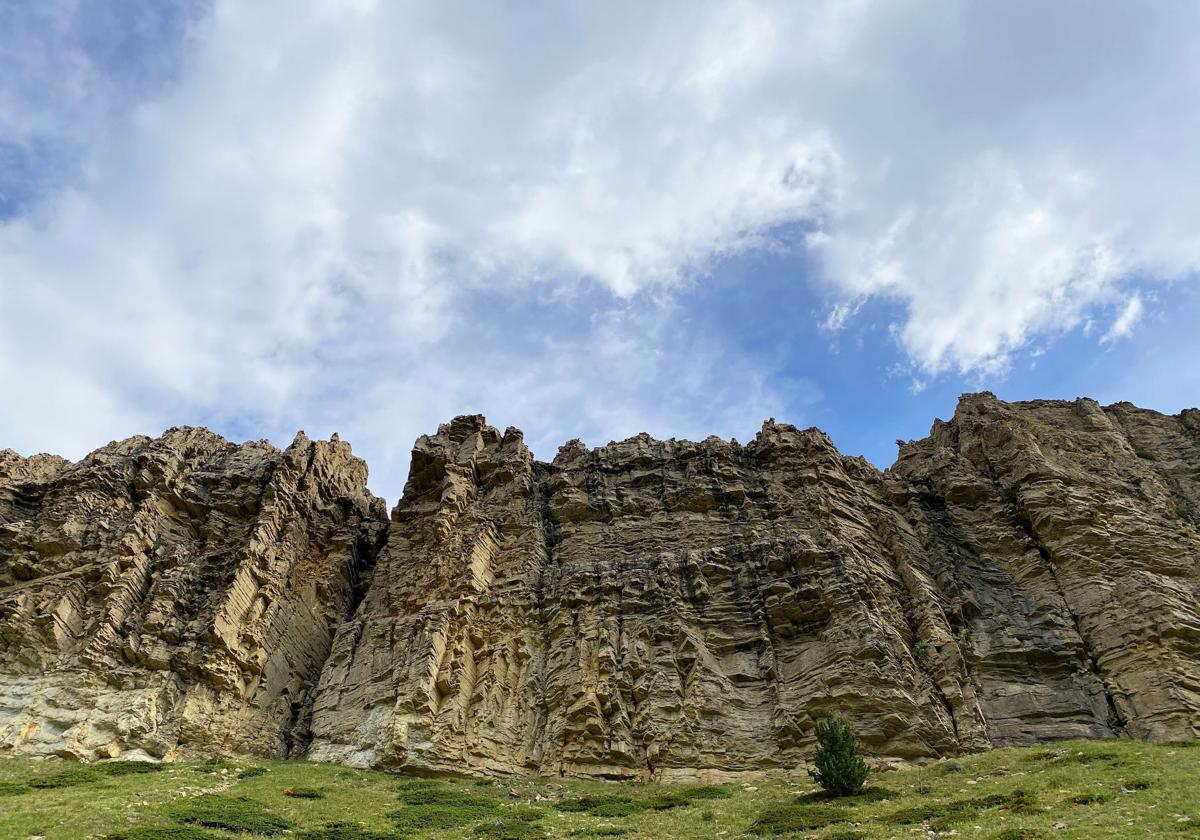 Cliffs dominate much of the upper Picket Pin drainage, fins of rock whose composition has long drawn miners to the region.

The 40-plus miles of pounding undoubtedly took a few years of life off the rig and loosened some bolts judging by the metal squeaks and shudders, but four-wheel-drive enthusiasts would be hard pressed to find a route with more exceptional views.

My introduction to the route was in 2004 when I took my under-powered 125cc motorcycle up the road. I quit about eight miles in, my wrists sore from being repeatedly jammed by the rough terrain and my hands cold as the temperature dove to 38 degrees despite the July date.

The cool thing about the road is that it provides access to the East Boulder Plateau. Drivers are braking or accelerating at around 9,000 feet much of the way. Because the road can be technical, there’s little time to look around, but those who stop will be treated to views that can take in the West Stillwater Drainage, the Boulder River valley, the Bridger and Absaroka mountains and the 12,000-foot spires of Mount Hague and Mount Wood rising like threatening shark fins to the southeast.

With such panoramas it doesn’t seem fair or right that you can drive so high, no matter how much your vehicle was rocked and rolled.

Despite the ruggedness of the route, though, you may not be alone — even on a weekday.

“I know we’re getting more recreation use on it,” said Jeff Gildehaus, recreation planner for the Beartooth Ranger District.

Utility vehicles, ATVs, Jeeps, trucks and mining equipment ranging from drilling rigs to tracked water carriers utilize the route. There were also helicopters buzzing overhead to supply mining workers on the plateau a week ago. One of the copters carried in a full-sized propane refrigerator, not what you expect to see so far back in the woods.

The road may have been cut into the Beartooth Mountains between the West Stillwater and Boulder river drainages in early 1900s.

“During World War I, the Stillwater Complex was intensively explored for chromite (chrome ore),” according to the Montana Department of Environmental Quality’s website. “The complex is a narrow area that runs southeast from the Boulder River to just east of the Stillwater River on the northeastern portion of the Beartooth Mountain Range. Chromite was first discovered in the location in the 1880s. It was important during wartime because it hardens other metals and prevents rust in iron and steel products. After the end of World War I, demand for chromite plummeted and most of the mining ceased.”

Whether that World War I exploration extended up into Picket Pin, and a crude road was built to help, the DEQ website doesn’t reveal. But at times the route seems to have been cut by a mad miner, like when it clings to the side of 10,000-foot Picket Pin Mountain.

The nearby town of Nye was named after Jack Nye who began mining in the area in 1883. In 1889 the miners had to leave after the Secretary of the Interior decided they were working within the boundaries of the Crow Reservation. The reservation was shrunken, twice, and mining resumed in the area.

A Billings Gazette story from 1956 touts the completion of a 2.8 mile gravel road meant to provide access to a nearby drainage for logging. That’s probably the closed spur that drops off the top of Iron Mountain above Crescent and Iron creeks toward the West Stillwater drainage.

Then in 1989 a Gazette story noted a platinum exploration company planned to build almost a half-mile of road on the southeast side of Picket Pin Mountain.

If you decide to suffer through the long bump fest of Picket Pin Road, consult the Custer Gallatin National Forest travel map and stay on the designated routes. The high country is easily marred by off-trail driving, scars that remain for decades.

You might also want to go prepared to spend the night, just in case of bad weather or a breakdown. I was continually worried I was going to get a flat tire, so make sure you’ve got air in your spare. Although not a long drive mileage-wise, the route is slow going, so bring a picnic and take a friend — but not if they are afraid of sheer drop-offs.

Every Friday in the summer, around 6 p.m., a boat-toting crowd builds at Billings’ Blue Creek fishing access site.

Get outside: Echo Lake is worth a second look

After a few miles in the Beartooth Mountains' plateau country, a pattern seems to emerge — oh, look, another picture-perfect mountain lake, an…

Horseshoe Lake on Lake Plateau a beautiful reward after 30 switchbacks

I am not a fan of uphill hiking, but if the trail is shady and the view at the end is beautiful, it's worth it.

"Every time a missing person report comes in we check to see if it’s him."

Get outside: Brownes Lake in Pioneer Mountains filled with history

Wedged into the bottom of a rocky canyon on the east side of the Pioneer Mountains is a small lake with a big history — Brownes Lake.

The opening of five roads in the Beartooth Mountains near Red Lodge that was scheduled for April 15 will be delayed due to snowy and wet conditions.

A bridge over the West Rosebud Road at Chicken Creek will be closed for about two weeks, May 3-15, while the bridge is replaced.

Get outside: Fort Rock provides overview of historic, scenic region

Few high points in Montana offer a view as filled with history and scenery as Fort Rock at Missouri Headwaters State Park.

Picket Pin Road seems to defy gravity in some places as it clings to the side of steep slopes on the way over the top to the East Boulder Plateau. 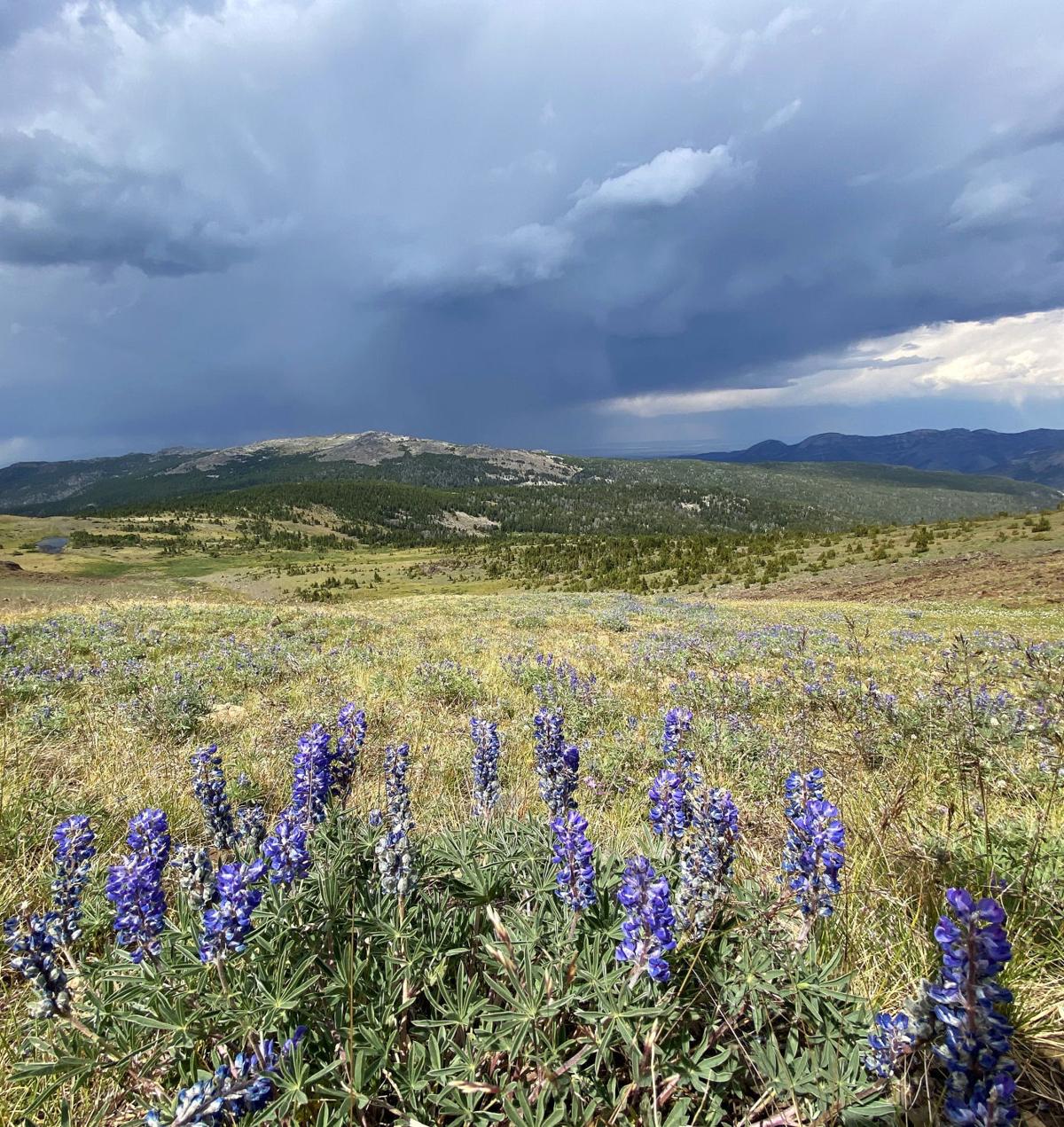 Although it's August, flowers are still in bloom atop the East Boulder Plateau, including these lupine. 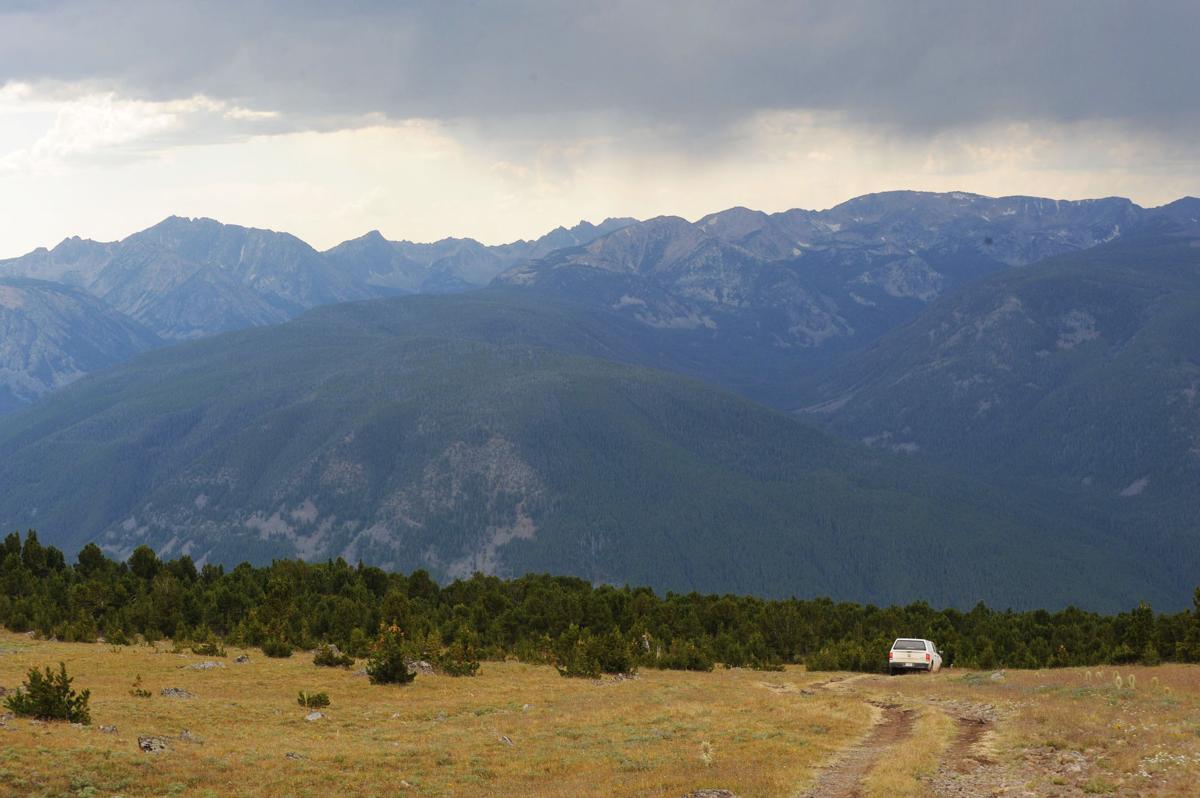 A pickup navigates down a steep section of Picket Pin Road traveling toward the Main Boulder drainage. The Absaroka Mountains are in the distance.

Looking southeast from the Picket Pin Road atop the East Boulder Plateau provides this view of Beartooth Mountain peaks.

Cliffs dominate much of the upper Picket Pin drainage, fins of rock whose composition has long drawn miners to the region. 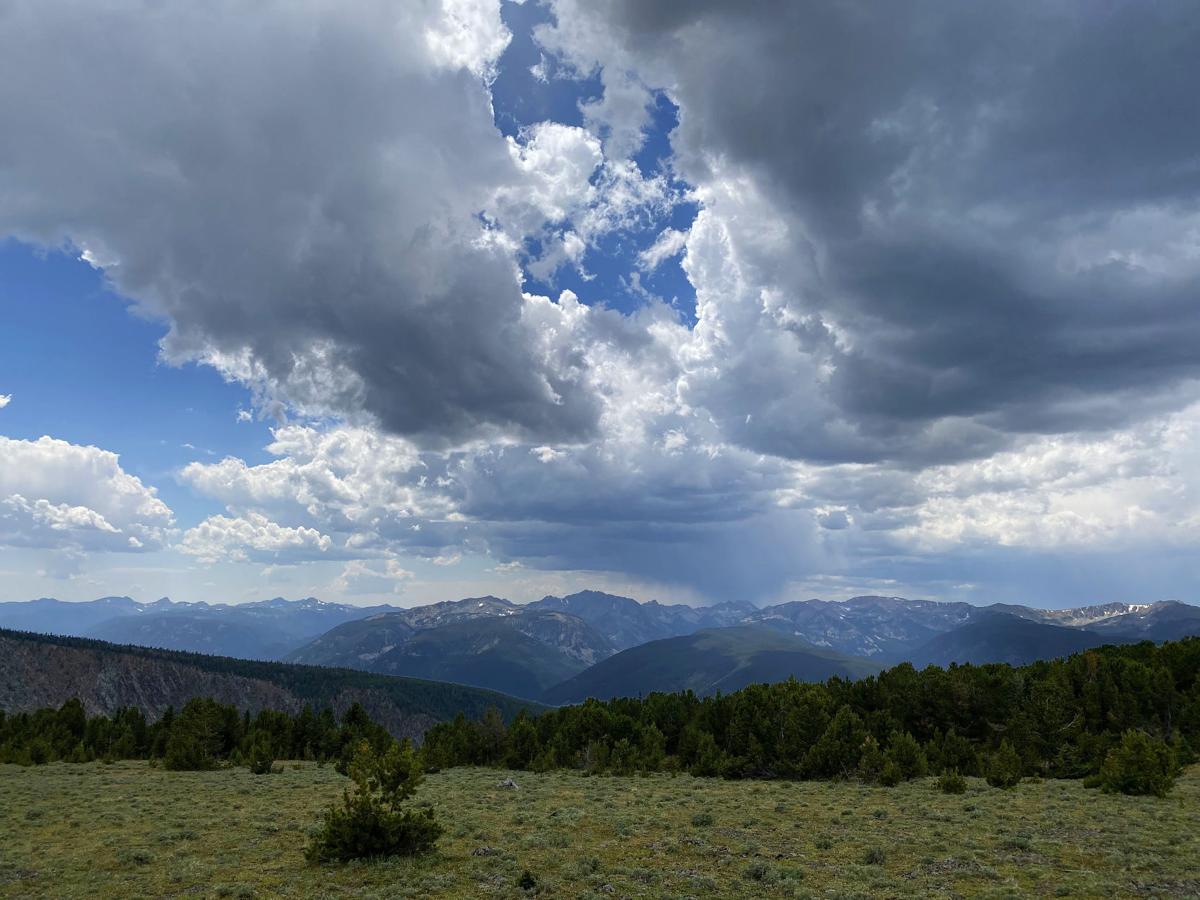 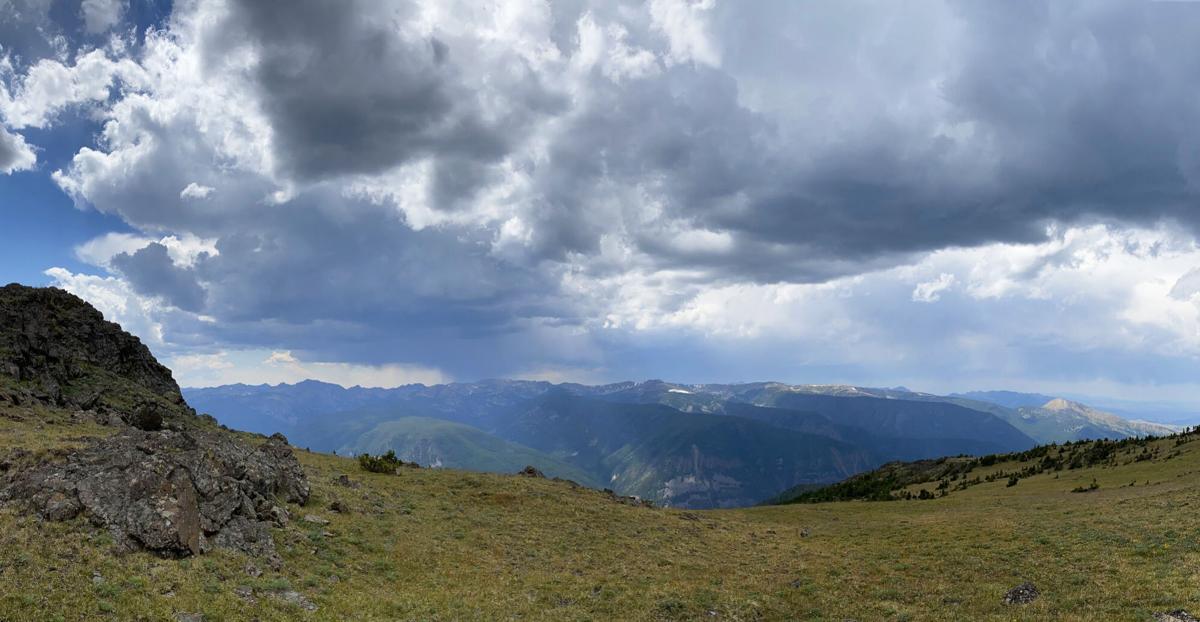 From just below Chrome Mountain the view extends across the Yellowstone River to the Bridger Mountains at the right.