Subscribe
Read Today's E-Edition
Share This
Roundup man with no left arm, only 3 fingers on a short right arm doesn't let that slow him down
0 Comments
Share this
BRETT FRENCH

“I’d trade you in a heartbeat,” he says.

Paul, a 55-year-old Roundup resident, was born with no left arm and only three fingers on a very short right arm. At age 5 he had open heart surgery in an attempt to repair a hole in the upper chamber of his heart.

Despite these challenges, he lives alone, drives his own truck, hunts deer with a rifle and plays pool using one size-12 foot as a cue rest. His toe touch is so delicate he can pick up quarters and place them in the narrow coin slots of the Grand Hotel’s pool table.

“You wonder why he doesn’t wear socks in the wintertime, and then you realize he uses his toes for a lot of different things,” says friend Karen Castro.

“When it gets 30 below zero, then I put on socks,” Paul says with a laugh.

“The bones of the arms, and in some cases other appendages, may be extremely shortened and even absent,” according to WebMD. “The fingers of the hands may be fused.”

Paul was born at the tail end of what was a spate of similar birth defects across Europe, Canada and Australia. Pregnant women were prescribed thalidomide for morning sickness, but the drug had severe side effects on still-forming fetuses. One estimate puts the number of thalidomide babies at more than 24,000, while another attributes 123,000 stillborn children and miscarriages to the drug.

Thalidomide was developed in Germany in the 1940s and was prescribed more widely in the late 1950s. By 1962 the dangers of the drug were recognized, and its use was drastically curtailed. Despite its devastating past, since 1998 it has been used to treat leprosy and some bone cancers.

Paul’s mother, 75-year-old Dolly Wickstrom, has no recollection of taking thalidomide while she was pregnant with Paul, her first child.

“I had taken some stuff for morning sickness,” she said in a phone interview from her home in Spanaway, Washington.

But at the time she was told that thalidomide wasn’t available in the United States, although other sources cite the dispersal of 2.5 million tablets in the U.S. for clinical trials.

She was 19 when Paul was born in Billings. Fourteen months later she gave birth to her second child, a daughter, who was perfectly healthy.

“I wasn’t scared at all,” Dolly said of the second pregnancy. “I figured they wouldn’t do it to me twice, so I was pretty confident having a second child.”

Then tragedy struck the young family. Dolly’s husband, Ed Pawelko — a Roundup body shop repair worker — drowned at age 26 while boating with Dolly’s cousins on a Washington lake. The couple had been married only three years.

Dolly was 23 and suddenly a single mother with two young children. She didn’t remarry for more than two years.

“It wasn’t bad,” she recalls, and Paul received no special treatment from his mother. “I raised him just like any other kid.”

That included allowing him to ride a bicycle, crash a bicycle, and fall off a flower planter he was playing on and cracking his skull — normal young boy stuff.

Paul did get special treatment away from home, though. He was taken to a Grand Rapids, Michigan, hospital when he was 9 months old to begin learning how to use his feet as substitute hands. He first learned to feed himself, then how to write.

He later attended grade school for the handicapped and disabled after his mother moved to Puyallup, Washington, to be closer to facilities that could assist Paul. By high school he was integrated into the public school system.

“I dress myself. I cook. I do pretty much everything,” he says.

In the summer when he would visit his bachelor uncle, Roman “Tony” Pawelko, in Roundup, Paul began learning how to drive a stick shift, fish and hunt. He can cast a regular fishing rod, as long as the reel handle is on the right. And Paul can shoot out to about 200 yards by sitting and balancing the barrel of the gun on his foot.

In one unfortunate accident, he thought he had shot all of the bullets out of his modified Remington 6mm Woodsmaster semi-auto rifle, pulled the trigger and blew the pinky toe off his left foot. The blast also fractured the next three toes. He was hospitalized for seven days.

“It was not fun,” Paul says in understated fashion.

Luckily, he’s right-foot dominant so he was still able to perform most of the tasks he uses his feet to help with. It took almost a year before he built up enough confidence to shoot again, though. This year, he shot a three-point whitetail buck.

Paul’s uncle, whose Ukranian parents emigrated from Canada, played a large role in his life after his father’s death.

“Paul was more like a son than a nephew” to his uncle, Dolly says.

Possibly because Tony had once been injured and doctors told him he’d never walk again, the two shared a bond of overcoming obstacles and of defying people’s expectations, she says. That may explain why, after graduating from high school, Paul packed up and moved to Roundup.

Founded alongside the Musselshell River in the 1800s as a cattle gathering point, Roundup is a town of about 1,800 people. Like so many small western communities, it was born reliant on agriculture, mining and the railroad. As a result, the central Montana town has been marked by the strife, boom and bust that comes with such industries.

About 18 percent of the population is impoverished. The median income is $35,000, about $10,000 less than the state average. Fires and floods almost regularly threaten its hardscrabble residents who have recently placed their financial hopes in the Signal Peak Mine, a coal operation in the nearby Bull Mountains that is eventually sure to bust, as well.

Maybe it’s the determined heritage of Roundup’s first residents — many of whom emigrated from Eastern Europe — that carries the town through hardship. Or maybe it’s as simple as small-town support for neighbors. Whatever the reason, Paul is comfortable in Roundup where he has a home and friends, but no job. He fills much of his day watching television.

“I've known Paul since I was a teenager,” says Cameron McCleary, a cook at the Grand Bar and Restaurant in Roundup. “He is a big-hearted guy that would do anything for anyone. He has never let his disability hold him back at all. I mean, the guy drives and is one of the best billiards and dart players I've ever been around. He really is an all-around amazing person.”

Anthony Perrella said he remembers Paul visiting Roundup when he was just 8 or 9 years old.

“That kid could keep a soccer ball in the air with his feet for how long I don’t know,” he says.

Perrella’s father lost one of his hands to a meat grinder accident.

The friends Paul has made over the years are a testament to his “outgoing, friendly” nature, Dolly says. Although independent and used to doing things for himself, he’s also helpful, Karen Castro says, accompanying her and her husband on trips to the Veterans Health Administration hospital in Helena.

The extended network of Roundup friends and family has helped Paul weather the death of his Uncle Tony, who died at the age of 84 in 2011.

“He relied on Uncle Tony, I know that much,” Dolly says.

Thirteen hours and 800 miles away, she worries that someday her independent-minded son, who seems to have defied so many odds since his birth, “won’t be able to make it.”

Yet Paul seems laser focused, almost bitterly determined, to do whatever it takes to soldier on and to disprove people’s expectations of him.

“I hear people griping and moaning about how their life sucks,” Paul says. “I tell ‘em, ‘You got no clue. Take that arm and don’t use it for a day, then you’ll see how your life sucks.’”

Concessions are being made, though. As Paul ages he’s not as limber as he once was. Aches and pains are settling into his once-flexible joints. Tasks now take longer. He still sees a cardiologist and is taking a blood thinner after suffering two strokes, the last one on Halloween five years ago. He candidly, matter-of-factly, lists his trials and tribulations, but he’s not looking for anyone’s pity.

“I don’t consider myself disabled,” he said. “I’ve been like this my whole life, so it’s normal to me.”

GALLATIN GATEWAY — In more than two decades of hiking and hunting in Montana’s backcountry, collecting elk sheds and other animal parts along the way, Eduardo Garcia was accustomed to stumbling across the odd rusted relic from the state’s pick-and-shovel mining days.

While One Big Sky Center plans develop, another convention center proposal is ready to strike

Our fascination with mountain lions is as strong as ever

One thing’s for sure: People have a fascination with mountain lions.

When the weather turned frigid, Billings' shelters filled to capacity

During the recent cold snap, local agencies that work with the homeless saw a boost in numbers.

In 1917, while union unrest troubled Butte, Billings had its own violence, mobs and brawls

As famous union organizer Frank Little's body was swinging from a railroad trestle in Butte, Billings had its own union problems.

Which group will a committee recommend to take over the Babcock Theatre?

The ad-hoc committee advising the Billings City Council on which group to select to manage the historic Babcock Theatre will meet at 4 p.m. We…

Two mule deer harvested during the opening weekend of a special chronic wasting disease hunt have tested positive for exposure to the disease.

Sleep duration is vital for heart health, according to recommendations

Sleep duration is vital for heart health, according to recommendations

How to sleep in the heat

How to sleep in the heat 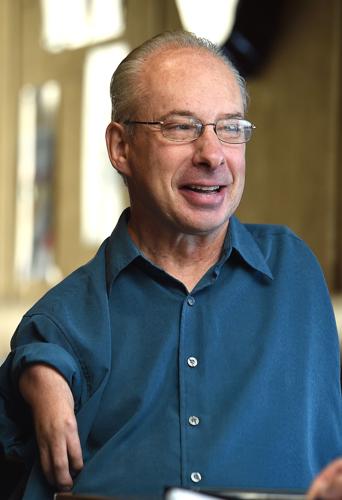 Fifty-five-year-old Paul Pawelko talks about his lifelong efforts to live a normal life, despite being born without his left arm and a shortened right arm with only three fingers. 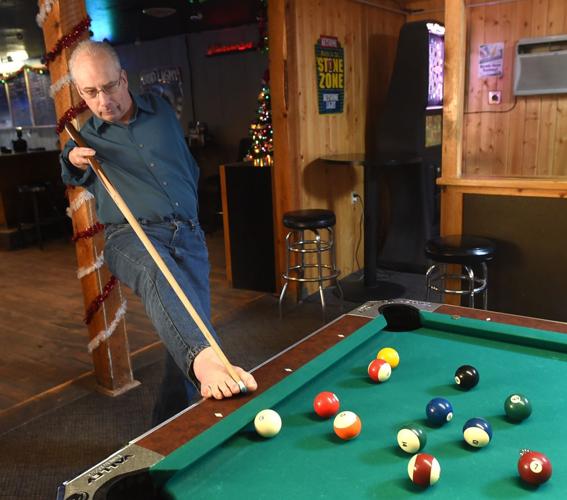 Pawelko says he can balance on one leg for about 15 to 20 minutes, which is about how long it takes him to shave using a razor that he's modified with a coat hanger. 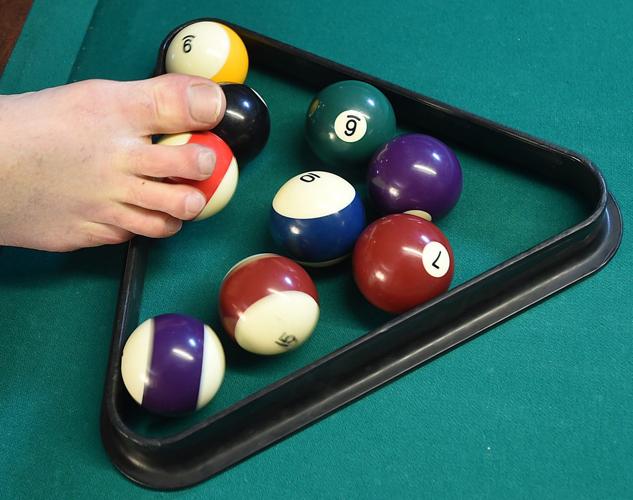 Pawelko plays pool at the Grand Bar and Restaurant in Roundup, using his feet to rack up the billiard balls. 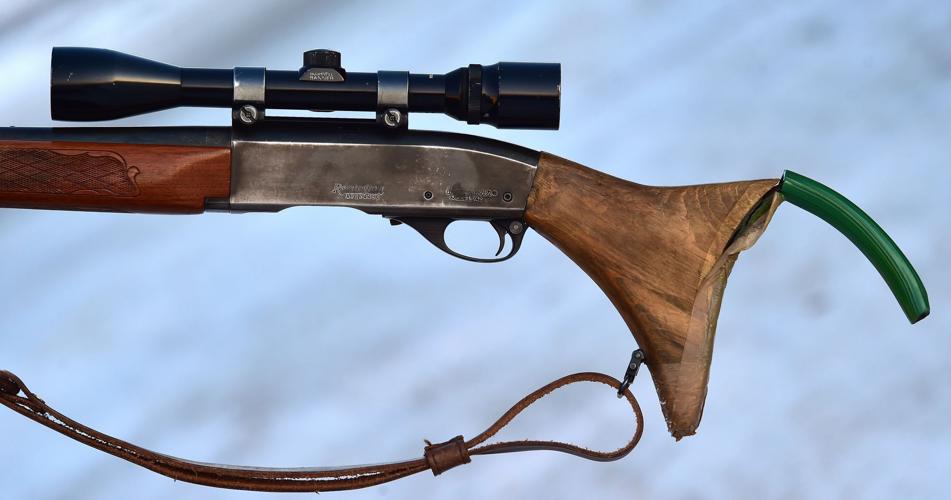 Pawelko's friend customized his 6mm Remington Woodsmaster hunting rifle by cutting the butt of the stock, placing a piece of iron at the top and covering it with a piece of garden hose. The butt is cushioned with some carpet held on by packing tape. 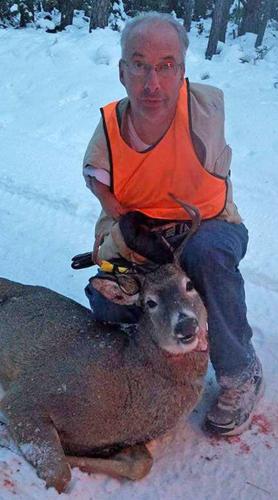 Pawelko shot this whitetail buck while hunting with friends this hunting season.