A cow and bull moose were rescued in separate incidents by Sheridan area Wyoming Game and Fish personnel in October.

On Oct. 10 while on patrol, game warden Ryan Kenneda encountered a cow moose with its legs tangled in a barbed-wire fence on state land between Murphy Gulch and Interstate 90.

The moose had unsuccessfully attempted to jump the fence and had three legs tangled. Kenneda removed the wires from its legs. After a short recovery time the moose was able to stand and move off. It has since been seen in the area with its calf and appears to have no lasting injuries.

Kenneda assisted with another moose call on Oct. 15 when Game and Fish personnel were alerted by a hunter about a young bull moose off the Taylor Mine Road in the Bighorn National Forest that appeared shot or injured. When personnel responded they found the moose alert, but wedged between two tree saplings and unable to stand up.

“From what we could tell, as the moose walked between two large saplings, it lost its footing and fell onto its right side,” Kenneda said. “As it fell, its two right legs slid under a fallen tree where there was about 8 inches of clearance. All the legs were mobile, but could not get traction to allow the animal to get to its feet.”

Kenneda, wildlife biologist Tim Thomas, fisheries supervisor Paul Mavrakis and fisheries technician Nathan Jaksha removed the obstructions, checked for injuries and were able to get the animal onto its chest. When Jaksha checked on the animal two hours later it had recovered and left the area.

The foxes will be examined, treated for fleas and fitted with GPS collars before being released on the Fort Belknap Indian Reservation in northern Montana. 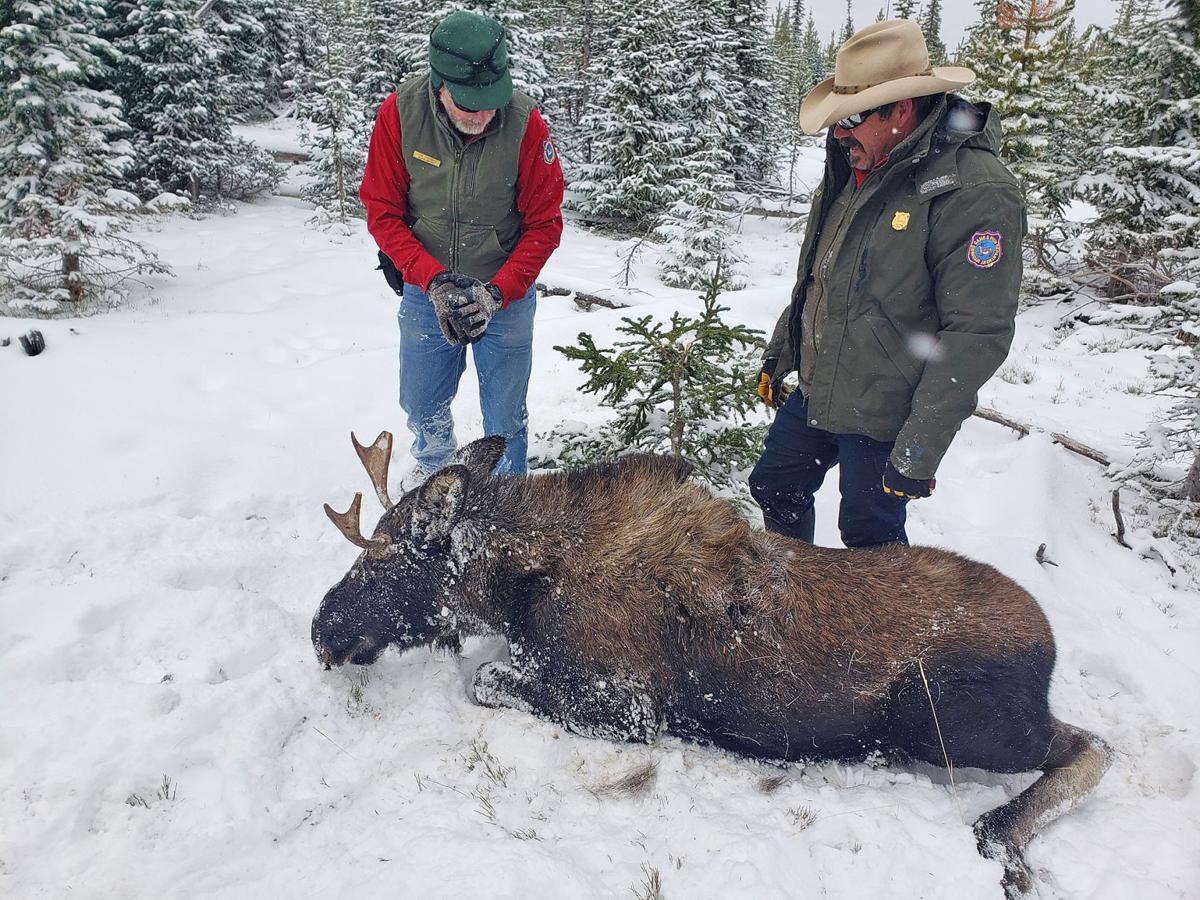 This young bull was rescued after slipping between two saplings and being trapped, unable to stand up. 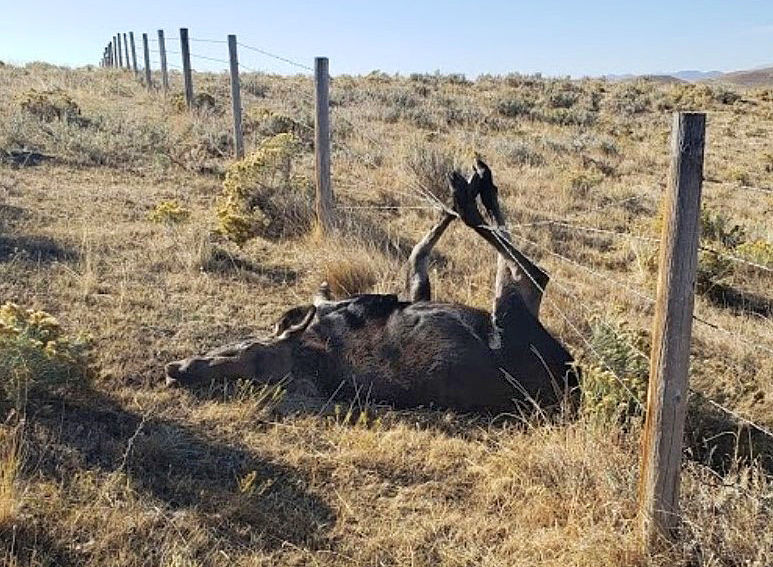 A cow moose was tangled in a barbed wire fence before being cut free.