Yellowstone National Park may be well-known for its role in rebuilding populations of large mammals like grizzly bears, wolves and bison, yet trumpeter swans have a similar story of dogged recovery that is not as well known.

“They were reduced to only a few individuals and have made a big comeback, yet they are still struggling in Yellowstone and the Tetons,” said Evan Shields, a Montana State University graduate student who is studying the birds.

The reasons for the decline of trumpeters in the park could include: an increase in tourists who may disturb nesting parents, leaving eggs vulnerable to predators; drought and climate change that has reduced the number or quality of wetlands and their food supply; and predation.

Although he had previously worked with compelling species like mountain lions and wolves in Yellowstone, Shields sees the swans as “awfully charismatic birds.” After all, they are big — weighing more than 20 pounds and with wings spanning 8 feet. That makes them the largest wild waterfowl on the continent. They can also live a long time, up to 25 years, and will mate for life.

In an attempt to understand why the birds are struggling to survive and reproduce in the park, since 2018 Shields has been talking to park scientists, collecting and collating existing data in search of answers. He hopes to publish his findings next spring.

On Sept. 19, staff from the park, Wyoming Wetlands Society and the Ricketts Conservation Foundation released eight young swans, called cygnets, at Alum Creek in the Hayden Valley. Such releases have taken place every year since 2012. Since then, more than 40 birds have been freed.

“This release is part of an ongoing restoration project to increase territorial pairs of swans which have undergone a decades-long decline in the park,” according to a park press release. “Researchers are collecting population data such as nest success, number of territorial pairs, and the number of cygnets produced each year. This data may help determine the reasons for the decline.

“Recent releases and other restoration efforts have bolstered the population to over 20 birds and five territorial pairs, including natural reproduction in some years,” the park's staff said.

Similar cygnet releases have taken place in the Madison, Bitterroot and Blackfoot valleys in Montana, as well as the Jackson region in Wyoming.

The idea of releasing young birds is that they will imprint on the area and return to nest. Trumpeters won’t breed until they are 4 years old.

Because the park tags the cygnets on the leg, to make the identification less visible to tourists, it can be difficult for park staff to assess how many of the cygnets stick around or return.

Without parents to help them through the winter, survival for the big birds is difficult. They are a target for predators, from eagles to coyotes. Wyoming has recorded deaths of 30 to 40 swans in a year, some killed by flying into power lines. Lead poisoning, caused by eating lead shotgun pellets which were long ago banned for waterfowl hunting, is also a cause of death. Occasionally they are shot by poachers, like seven swans killed on a pond between Belgrade and Manhattan in February.

The Yellowstone swans are part of what’s known as the Rocky Mountain Population, which stretches all the way north to Alaska. By 1900, they had been eliminated from most of their historical range in the United States and Canada, according to the U.S. Fish and Wildlife Service.

Habitat conservation, hunting regulations, winter feeding and reintroduction efforts built the population back up from a few hundred birds to 35,000 nationwide, as of 2016. About 80% of the Rocky Mountain Population winters on ice-free waters in the Greater Yellowstone Ecosystem, which is spread across the states of Montana, Wyoming and Idaho. Only a portion of those birds remain in the GYE to nest in the spring.

The fragmented trumpeter population in the GYE is known to be connected to other swan populations, but to what extent is uncertain, Shields said.

Researchers have discovered new insights into mammal, fish and bird migrations in recent years thanks to smaller, lighter tracking devices, some of which are solar powered. Fitting Yellowstone’s trumpeters with such GPS monitors to see where they go and when could someday add to the database about the big birds. The devices are expensive, however.

The release of cygnets in September is part of a public/private partnership between the National Park Service, Wyoming Wetlands Society, Ricketts Conservation Foundation and Montana State University.

Following a dose of rain and snow, Yellowstone National Park has dropped its fire danger level to moderate after a scarily dry fall.

With temperatures set to plunge below zero this weekend, Montana Fish, Wildlife and Parks Bitterroot-based biologist Rebecca Mowry is bracing herself for a crowd at the Darby check station.

Montana officials plan to cull up to 700 Yellowstone bison

Wildlife officials have announced plans to cull between 500 and 700 Yellowstone bison from the population, and no longer enroll the animals to a brucellosis quarantine program. 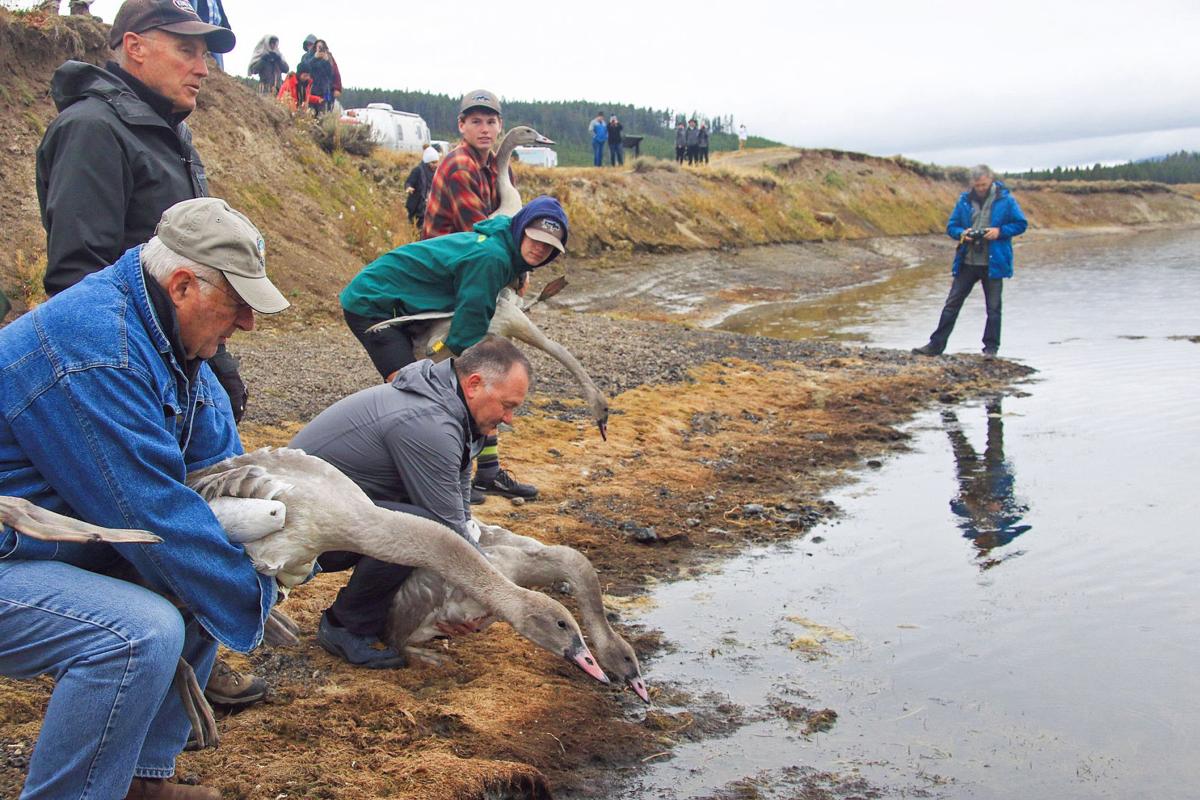 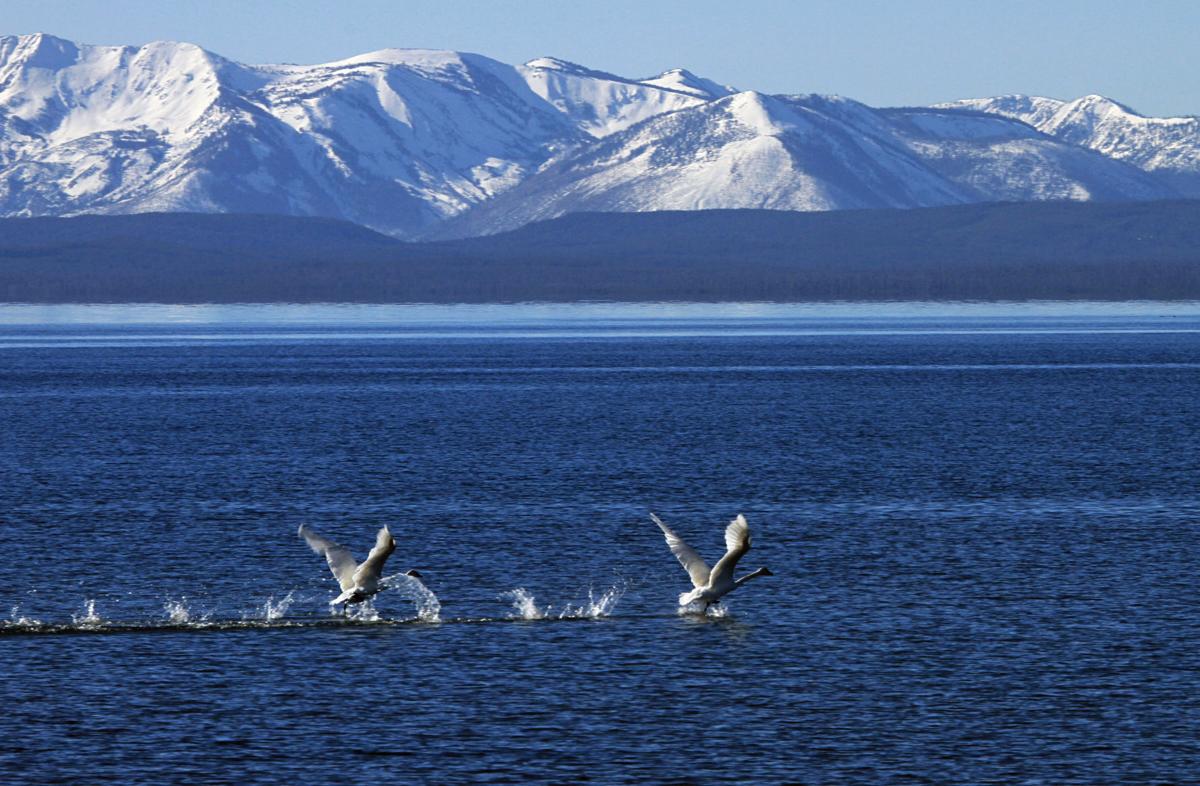 Trumpeter swans take off from Yellowstone Lake in October 2013. The park may be marginal habitat for the birds, in part because of its cold winters. 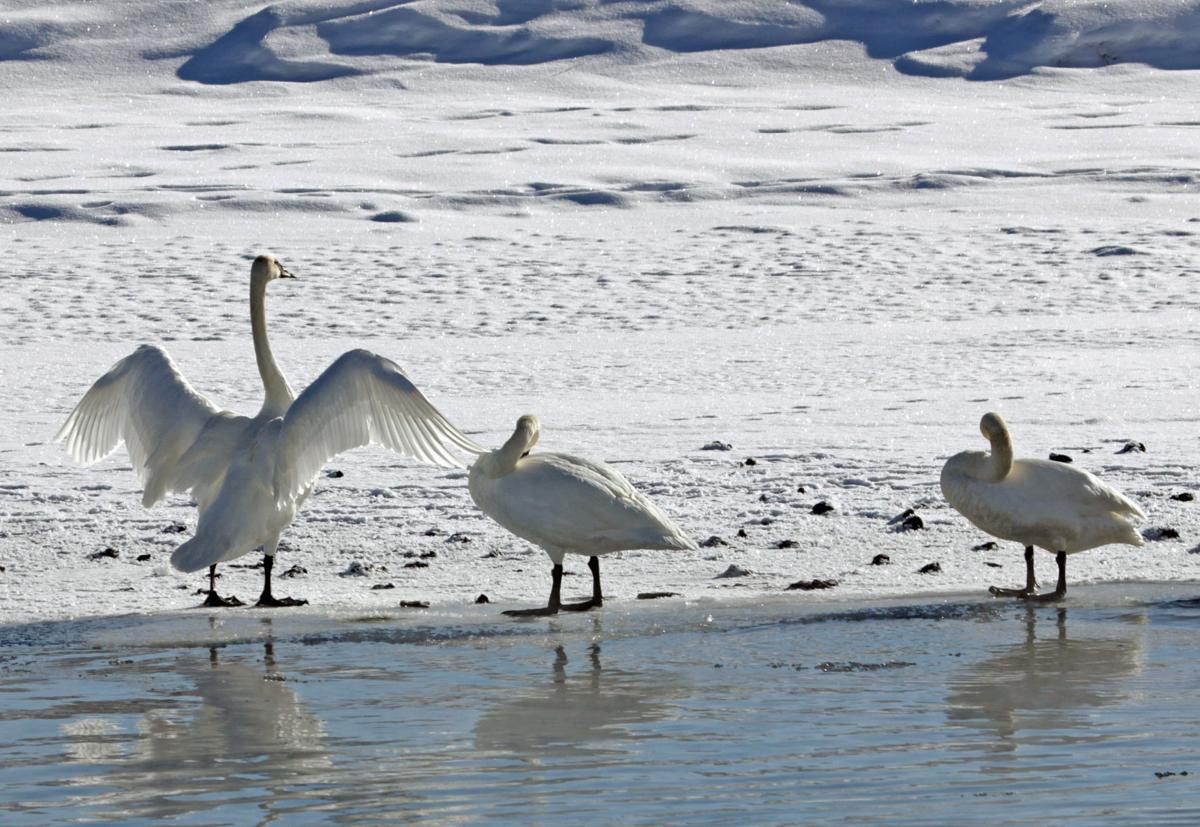 Trumpeter swans, shown here along the Yellowstone River in Hayden Valley in 2015, are the largest waterfowl species in North America.