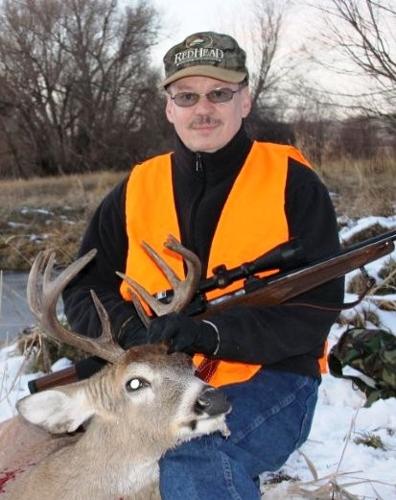 Gerald Messick shot this whitetail buck while hunting this fall with Bob Krumm. 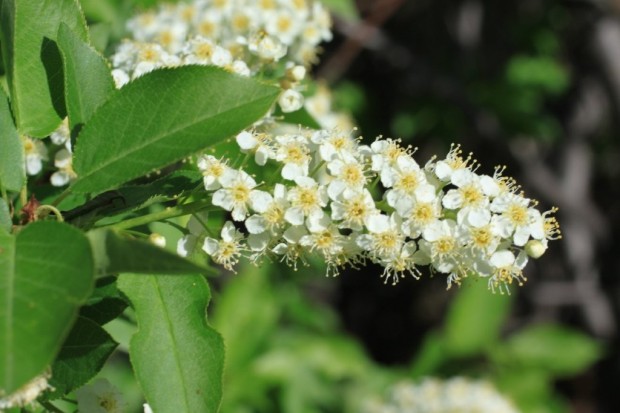 Chokecherries were in short supply this year. 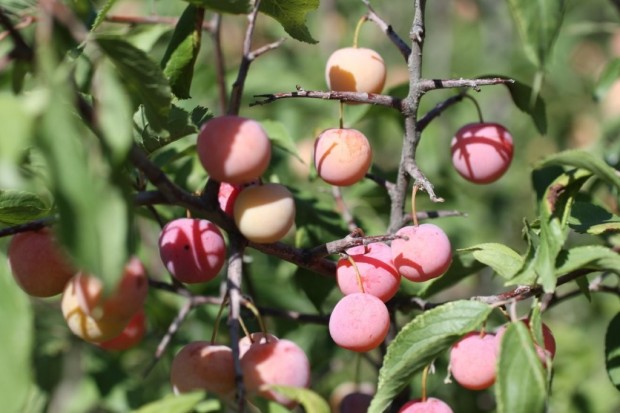 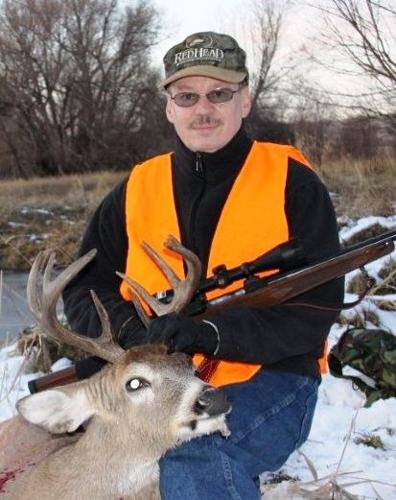 Gerald Messick shot this whitetail buck while hunting in 2012 with Bob Krumm.

BOB KRUMM For The Gazette

In five days 2012 will be over and we will ring in 2013. I am sure that we all carry good and bad memories of this year, so let’s take a brief look at some of the more remarkable moments.

First off, we had a very mild winter with little snow to shovel. The mild winter was easy on the heating bills and made it relatively simple for me to bore through the ice on Healy Reservoir. The yellow perch were just as eager eaters as in years past, so it was possible to catch a mess of perch in two or three hours and come home and have a meal of fresh perch fillets. Now, that’s a good and tasty memory.

Spring came early and in no time fishing had started on the Bighorn River. One of my happiest memories came on March 31 when I guided a young fellow, Brandon, who had done a lot of volunteer work with Joey’s Fly Fishing Foundation. To see him land several trout and sport an earlobe-to-earlobe smile was the best compensation I received all year.

In early April the countryside sprang to life with the draws displaying wreaths of wild plum and currant blossoms. Chokecherry blossoms replenished the floral tapestry as the plum and currants faded.

The first bird of spring happened to be a meadowlark that I spotted in late March. Soon the countryside was alive with serenades given by hosts of meadowlarks, killdeer, red-winged blackbirds and song sparrows.

The warm early spring was a treat, but the lack of rain soon muted the plant growth with the plains only exhibiting an anemic coat of green. The grasses and forbs never really showed vigorous growth.

It seemed that wildland fires started in May and stayed with us well into October. Ashland, Lame Deer, Busby, Ucross, Wheatland, Casper Mountain, Columbus and Roundup experienced wildland fires that scorched thousands of acres and devastated livestock and wildlife. The lack of rain following the fires has left the areas bereft of any appreciable forage.

The smoky skies that were a daily phenomenon did have one benefit: the sunsets were some of the most spectacular ones I had seen since 1988. The blood red sunsets were quite vivid and well worth viewing in spite of the destruction the deep red color signified.

Wise management of the limited amount of runoff water enabled area streams and reservoirs to remain reasonably full. The fishing on the Bighorn was amazingly good even though the average flow was only 1,750 cubic feet per second. The blue-winged olive hatch lasted well into July and the tan caddis hatch started in early August and lasted into October. The black caddis showed up in great numbers and the tricos provided good dry fly opportunities into October, as well.

I kept working with my young black Lab, Trouble, hoping that he would be the dog of a lifetime, but as the summer turned into fall I began to realize that Trouble was not the dog I thought he would be. I have never had a Lab that refused to swim until Trouble came along. He is a likeable dog with some endearing qualities, but a hunter and a water retriever he isn’t. By the way, he added to his list of transgressions this evening by destroying many of our Christmas tree ornaments and lights!

The chokecherries that had blossomed so profusely in April didn’t produce much of a crop; a late-spring frost eliminated many of the plains chokecherries and wild plums. I had to hunt to find a good chokecherry grove, but I did find one and was able to pick five gallons of plump, shiny black cherries.

Wild plums were even harder to find, but again I found enough to give me four gallons of plums — most were smaller than nickel size, but I was able to put up some jam, jelly and syrup from that small stash.

The fall was marked by some good bird hunts. I had one memorable day with friend Don Luse, which had to be the best sharptail hunt I have had in 15 years. We must have discovered 150 sharptails in a hawthorn draw and only had to walk about 150 yards before we limited out.

November brought more bird hunting with pheasants and Hungarian partridge in the Bighorn Basin with friends Bruce Borquin and Father Jim Heiser. Why, I even managed to jumpshoot some mallards off a small chunk of irrigation canal.

My neighbor, Gerald Messick, and I managed to bag nice whitetail bucks this fall along with several does and fawns. I now have enough meat to make it to next hunting season, and Gerald has a trophy mount.

Duck hunting has occupied my time the last couple of weeks. Putting out a good decoy spread on the Tongue River and waiting for the ducks to drop in is a great way to spend any chilly December morning, but sharing that time with master duck hunter Chris Morton makes the morning even more special.

Carol and I cut our own Christmas tree this year to top off our outdoor year.

I look back on 2012 and realize that the Mayan calendar was off and that we have a new year ahead of us. Let’s hope that 2013 brings us the joy, peace and love that we all need.

This sunscreen for your scalp has been recalled

What to gift yourself this Valentine's Day

What to gift yourself this Valentine's Day

Could the zombie fungus from 'The Last of Us' really happen?

Could the zombie fungus from 'The Last of Us' really happen?

The signs and symptoms of tonsillitis

The signs and symptoms of tonsillitis

Gerald Messick shot this whitetail buck while hunting this fall with Bob Krumm.

Chokecherries were in short supply this year.

Gerald Messick shot this whitetail buck while hunting in 2012 with Bob Krumm.