Wolf 926F, a 7 ½-year-old Yellowstone female that was shot by a hunter near Silver Gate last month, had a “very famous lineage,” according to Rick McIntyre, a veteran park wolf watcher.

His recollection of wolf ancestry is encyclopedic, and he requires no notes to cite 926F’s heritage.

In 1995 when wolves were first re-introduced to Yellowstone after being captured in Alberta, Canada, wolf No. 9 and 10 bred and had pups. Wolf 21M, a male, was one of those pups. He became the alpha male of the Druid pack, which became famous for its visibility to tourists in the Lamar Valley.

One of 21M’s daughters was 472F. She became an alpha wolf and gave birth to a daughter, 832F. Also known as ’06 for the year she was born, she was “arguably one of the most famous wolves of all time,” according to Doug Smith, Yellowstone wolf biologist, because of her striking color and personality.

“926 has really had a very tough life,” McIntyre said.

A year after 926F was born, her mother was shot by a Wyoming hunter near the small town of Crandall, just west of the Yellowstone boundary. After the female was shot, some of her Lamar Canyon pack remained east of the park. Eventually 926F — a small, black wolf — and her sister returned to Yellowstone.

925M came onto the scene shortly thereafter and paired up with the sister, who was more aggressive and dominant than her sibling. Despite that, McIntyre witnessed 926F squeezing in between the pair in an attempt to woo the male away. It worked.

“The end result was she got her way,” McIntyre said. “The older sister had enough and eventually left.”

In 2014, 926F gave birth to six pups. The next year, the pack left to hunt elk. By herself, 926F faced off with a cow elk on the edge of a cliff. When trying to dodge the attacking wolf, the elk fell off the cliff and died.

While returning to the Lamar Valley the female, pups and alpha male encountered the 12-member Prospect Peak pack. 926F was pregnant and chose to run back the way she had come, her pups trailing her. The alpha male stood his ground.

“Just as they were about to reach him, we assumed he would run away, but he ran forward, past them, so they didn’t have time to get him. Now he was their only target. He was running in the opposite direction of his family.”

The Prospect Peak pack eventually caught up to the alpha male, which died of wounds suffered in the attacks the next day. But his maneuver allowed 926F and the pups to safely flee.

“She was confronting this huge, black, uncollared male. They were only a few feet apart. He was 50 percent larger than her. He could have torn her apart. They were growling at each other.”

Because she was pregnant, fleeing wasn’t an option in outrunning the large male, McIntyre said.

“It looked certain she was going to be killed.”

But like her mother who often figured out solutions to get out of tight situations, 926F surprised the other wolf and the wolf watchers.

“She started to wag her tail at him. He was confused by that. She romped toward him.”

Suddenly a new pack was formed, the three brothers joining the newfound family and helping to raise the pups of the wolf they had killed only days before.

“I certainly know how much attention has been paid to her death,” McIntyre said, “but I like to put the emphasis on her life and the things she has achieved.”

McIntyre recounted the tale over the phone while sitting in his vehicle near where Slough Creek and the Lamar River join. In contrast to the news circulating about the death of 926F, he had spent the entire morning watching the Junction Butte pack.

“Luckily enough, almost every day we get to see wolves,” he said. “It greatly helps me to deal with an animal that I know very well has died. So life goes on for the others. Wolves live on in Yellowstone.”

Elk roam the winter range that straddles the northern boundary of Yellowstone National Park with little regard for wolves, according to a new …

Spot a Yellowstone wolf? You now can find its family tree and genealogy online

Her parents may have been killed by her mate and his family. Her daughter was shot. Now she’s dead and her killing is under investigation. 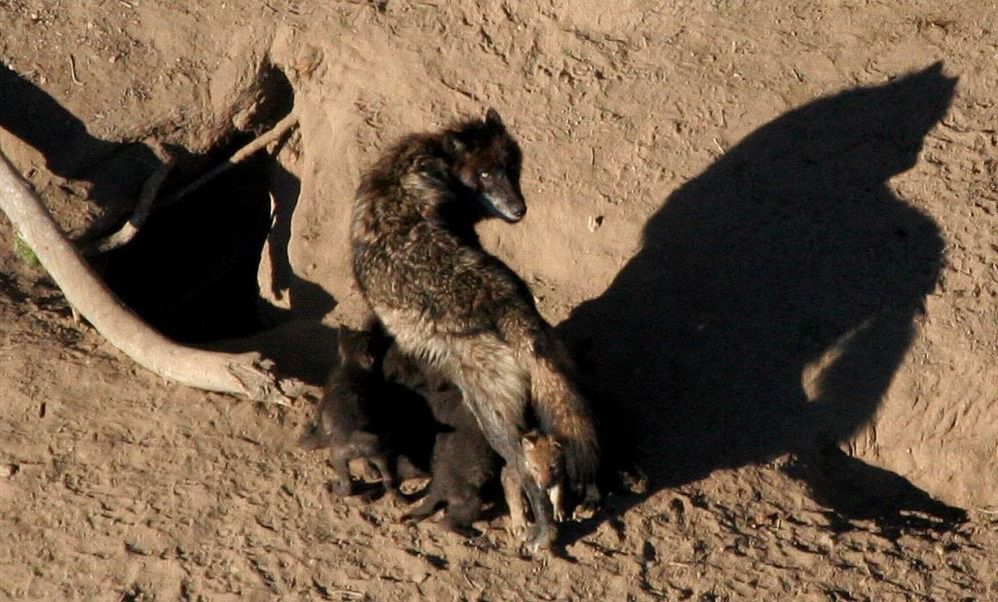 A wolf stands over a den of pups in Yellowstone National Park. Wolves will adopt pups that aren't their own, and aren't related. 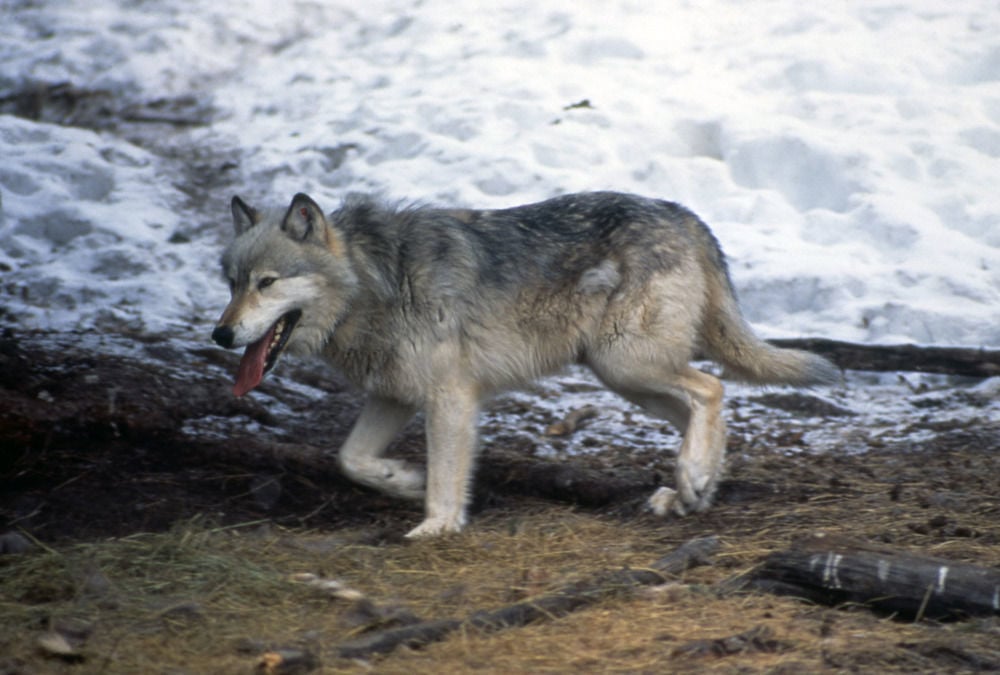 Wolf No. 10 is shown in the Rose Creek Pen after being brought to Yellowstone from Canada in 1995. Wolf 10 would be the great great grandparent of 926F. 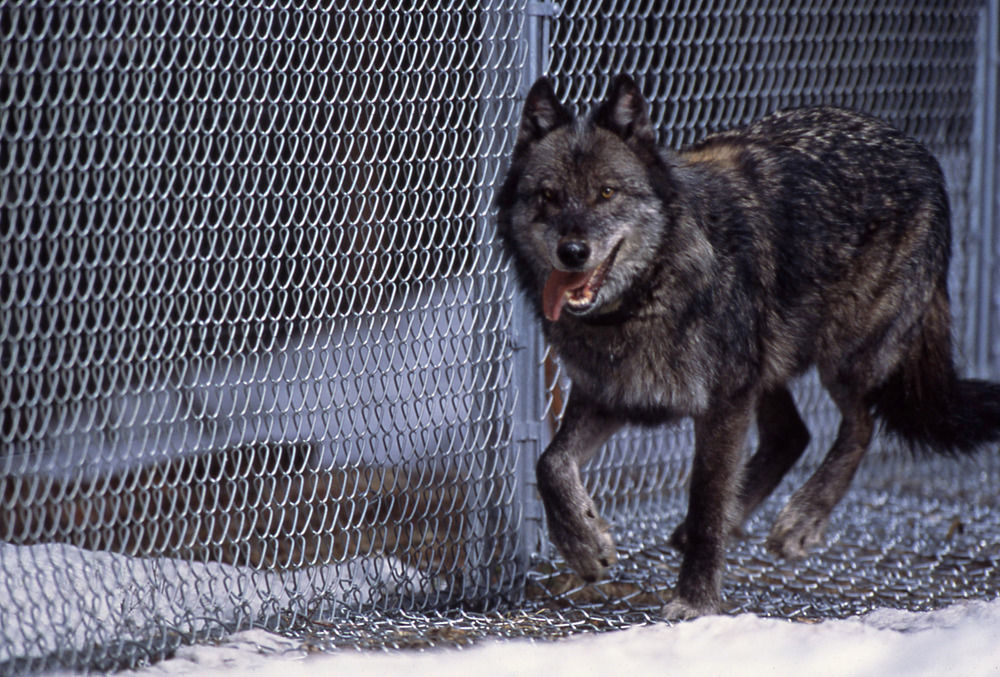 Wolf No. 9 was also one of the first to be brought to Yellowstone and become famous for its offspring.