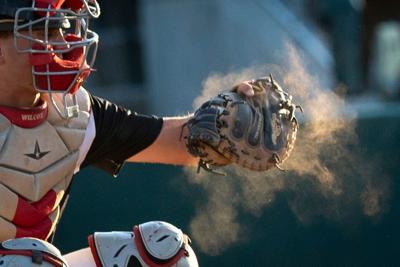 BILLINGS — Billings’ public high schools will be without baseball until at least Spring 2025.

The School District 2 board of trustees voted 5-3 against adopting the sport for West, Senior and Skyview high schools. The intention would have been to take the steps necessary to fund and implement the sport properly into the spring sports schedules and wouldn’t have begun until Spring 2024.

Ahead of the vote, SD2 Director of Athletics and Activities Mark Wahl presented a potential start-up plan for implementing it if it was approved. Details included total and individual cost calculations using figures that mimic the district’s current softball funding due to similar schedules and requirements.

It was estimated that approximately $33,000 would be needed for each school to start up the program through various fundraising in addition to an estimated $125,000-$140,000 in yearly expenses from the district’s general fund to maintain.

Earlier in the month, Wahl met with representatives from local Little League teams, American Legion baseball, Billings Parks and Recreations and the Billings Mustangs. He said he received unanimous support for adding high school baseball and a willingness to work together to ensure there were no scheduling conflicts and that fields were available.

Over the past month, surveys were conducted for both high school students and communities asking their interest in adding baseball with majorities in favor.

Expressing his support for the vote at the meeting, Legion baseball coach Tyler Bush said that their annual budget is $500,000 and that adopting the sport in high school would create opportunities for other kids who aren’t currently playing.

“I guarantee you there are kids who don’t have enough money to play Legion baseball,” he said.

Wahl added that it would be a challenge to fully implement the sport into the district, but that the community feedback he received would have made it possible.

“I realize that there’s a cost to doing this and that’s the big concern that you have to take into account,” Wahl told the board. “We have strong support from other organizations … and I’m confident that we can make this work for our participants.”

Along with the funding, he highlighted potential challenges like additional field prep and maintenance for the additional games along with the crews needed by the district to do it throughout the season. Recent increases to transportation costs, filling coaching and umpire positions were also discussed during previous meetings.

In January, the Montana High School Association adopted baseball as an official sport with individual school districts deciding whether or not to adopt baseball as a part of their activity offerings. Since then, 22 schools — including AA schools Butte and Belgrade — voted to adopt baseball to begin in Spring 2023. The addition of girls wrestling to SD2 allowed them to explore the possibility of adding baseball while still complying with Title IX requirements.

Before voting, board trustees expressed a desire to add baseball but felt that current funding isn’t available to sustain it effectively between other budgets and the deficit currently in the elementary school budget.

Despite the no-vote, the board said they would be willing to revisit the option when funding was no longer an issue. Wahl said it’s almost certain to happen due to the amount of public interest he’s received.

“If you don’t pass it tonight, I think it will come up [again]. I think there’s a big enough baseball community. I think that it’ll come up each year to adopt it,” Wahl said.

A 35-second shot clock and high school baseball are coming to Montana.

No decision has been made yet on when — or if — the Billings AA schools will add high school baseball.

As of the second week of October, Bench Elementary School has maintained its own program where trained adult volunteers walk students in grades K-3 who live near the school back to their homes individually.

The interactive map illustrates the both the current boundary lines for all of School District 2’s elementary, middle and high schools along with the new recommended boundary lines.