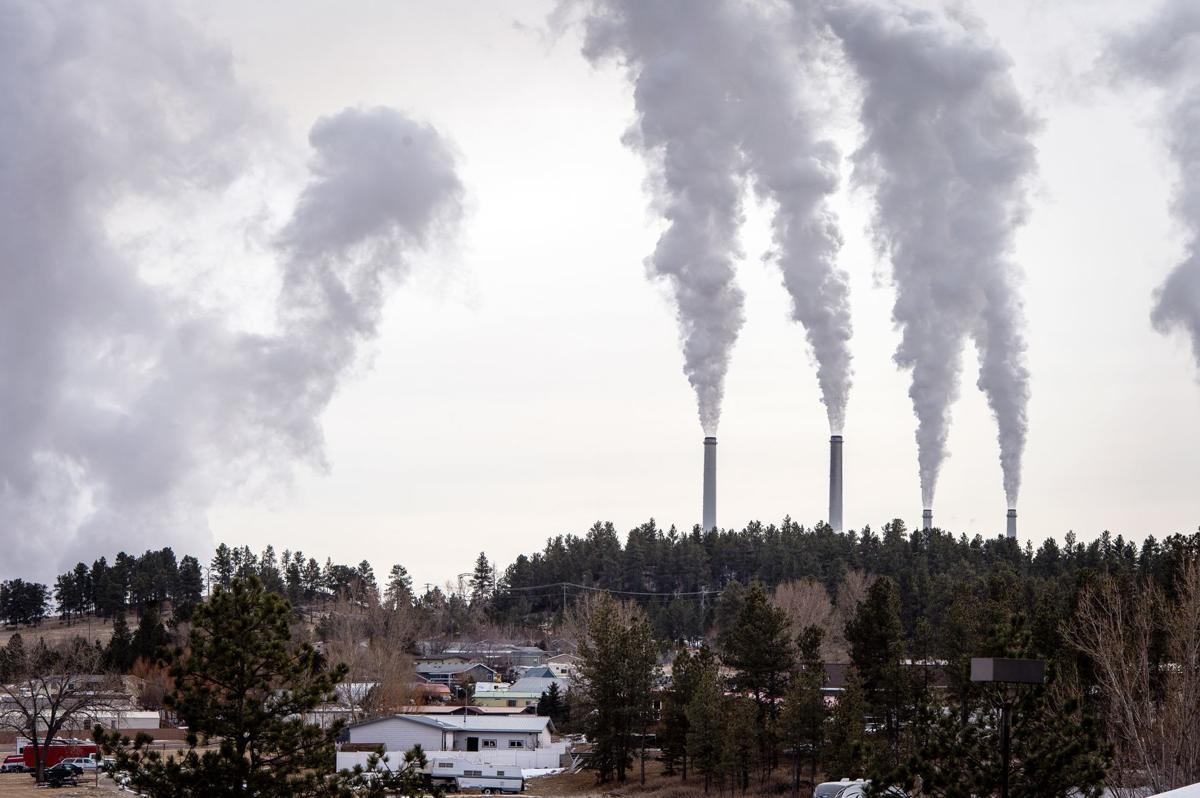 In this file photo from January, the Colstrip power plant stands over the town of Colstrip. Colstrip’s four utility owners from the Pacific Northwest face deadlines to stop delivering coal-fired power to their 3 million customers within the next decade. 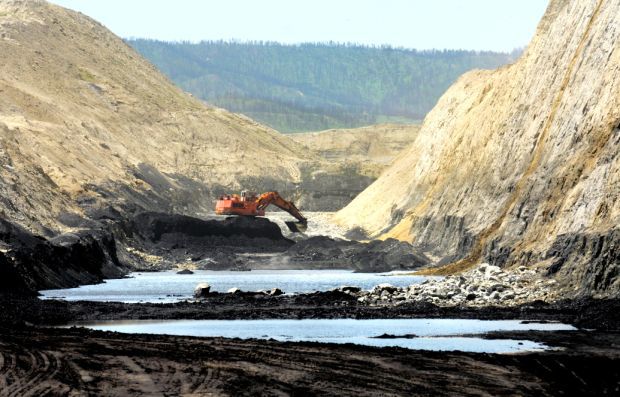 The Rosebud Mine feeds the Colstrip power plants as pictured in this 2015 photo.

In this file photo from January, the Colstrip power plant stands over the town of Colstrip. Colstrip’s four utility owners from the Pacific Northwest face deadlines to stop delivering coal-fired power to their 3 million customers within the next decade.

The Rosebud Mine feeds the Colstrip power plants as pictured in this 2015 photo.

As Washington edges closer to banning coal power by 2025, utilities there with ownership in Colstrip Power Plant are weighing options.

There will be an end to the coal power in Washington State, where both Senate and House lawmakers have approved a plan to be coal-power free by the end of December 2025 and free of fossil fuel energy entirely by 2045. The Senate must take up the bill one more time to approve modest amendments made by the house. It has until April 28 to do so.

Washington is the biggest consumer of Colstrip power. Three utilities with Colstrip ownership shares serve more than 1.6 million retail customers there. Oregon has 1.4 million electricity customers with Colstrip in their portfolio. In Montana, there are 374,000.

It won’t be easy keeping Colstrip power useful once Washington’s coal ban takes hold, but Spokane-based Avista Corporation will consider ways, said Jason Thackston, senior vice president of energy resources. Avista has 375,000 customers spread across Washington and Idaho, where there isn’t a coal-power ban. The company will take up the Colstrip issue in its integrated resource plan, or IRP, next year.

One option would be selling Colstrip power on the open market, but that could prove difficult.

“We have customers in both Washington and Idaho, and all of our generation is allocated across both states on a basis relative to the number of customers in both states,” Thackston said. “Our IRP, which will be filed in the first quarter of 2020, will include an analysis of options related to Colstrip in light of the pending Washington legislation. Our ability to sell the output of Colstrip in the wholesale market may be limited by state laws regarding coal-fired generation.”

Although there’s no coal power ban in the works in Idaho, the conversation about coal power is shifting. Idaho Power, a utility with 557,000 customers, announced in March that it now plans to shut down two of its three coal-fired power plants, and is considering exiting the third. Electricity generated with natural gas or renewable energy is making up the difference. State regulators have yet to sign off on one planned power plant closure.

Ahead of the Washington Legislature’s clean energy bill, Avista was laying plans to be financially ready to exit Colstrip Units 3 and 4 by the end of 2027. Avista owns 15 percent of each unit. Getting out by the end of 2027 meant paying down $104 million in debt owed by its customers, which had been on schedule to depreciate in 2034, for debt associated with Unit 3, and 2035, for debt associated with Unit 4. Washington’s Utility and Transportation Commission has asked Avista to put its windfall from the 2018 Trump tax cuts toward paying off the undepreciated amount, which should benefit customers.

The utility will take up the details this spring in its general rate case.

This isn’t the first time Avista has moved toward 2027 to depreciate its Colstrip interest. Last year, the company aimed for the same deadline while attempting a sale to Ontario-based Hydro One for $5.3 billion. In that process, Avista pledged $4.5 million to help the power plant’s namesake community transition beyond the plant’s eventual shut down. The deal fell through after Ontario elections changed the course of Hydro One, in which the government has an ownership share.

It’s not clear yet whether a similar transition funding offer will be made to the Colstrip community again as Avista works toward accelerated deprecation in 2025, as required by the Washington legislation.

“We have always taken the communities where we operate into consideration when making decisions, and we have demonstrated that consistently over our history,” Thackston said. “We won’t speculate on how that ultimately factors into decisions related to Colstrip at this time.”

To date, Avista and Puget Sound Energy are the only Colstrip owners who have expressed interest in funding a transition effort for the Colstrip community. The power plant's other four owners haven't.

PacifiCorp, which has more than 131,453 electricity customers in Washington is no stranger to government-mandated coal-power bans. In 2016, the Oregon Legislature gave PacifiCorp until 2030 to stop delivering coal power to its 587,365 customers in that state.

PacifiCorp received the earlier Oregon deadline because the company has other markets to sell coal power, which was assumed to make the transition easier. The Oregon-based company sells retail electricity in six states, and generates power in eight, though last year it concluded that more than half of its 22 coal-fired power plants were uneconomical and changes were in order. Its 10 percent interest in Colstrip Units 3 and 4 was within the economic margin of breaking even.

Whether a Washington coal-power ban can be dealt with by selling power elsewhere remains to be seen said Bob Gravely, a PacifiCorp spokesman. Like Avista, the utility will take up Colstrip in its next integrated resource plan, which will be produced later this year.

“New state policies, such as this one, are among but not the only factors that inform our long-term resource plans. We expect the 2019 IRP to be finalized in August,” Gravely said. “The answers to your questions about continued plans for Colstrip beyond 2025, how the company will replace the power to serve Washington customers, whether we’re considering other Montana-based generation and whether there are potential uses for the transmission line, will all be considered as part of the IRP.”

Puget Sound Energy, with 1.1 million customers, declined to answer several questions posed by The Gazette. The newspaper asked how the pending coal power ban would affect Puget’s stake in Colstrip.

Puget holds the largest ownership share in the power plant. With Pennsylvania-based Talen Energy, Puget owns half of Units 1 and 2, which it plans to shut down no later than 2022 in order to settle a pollution lawsuit. The company has a 25 percent share of Units 3 and 4.

Like Avista, Puget has been working toward being financially ready to exit Colstrip by the end of 2027. It agreed in 2017 to commit $10 million to the Colstrip community to help it transition to life without the power plant. One of the questions Puget would not answer for The Gazette was whether its $10 million commitment would hold up if it had to accelerate deprecation to 2025, as Washington’s clean power legislation requires.

Puget also did not discuss what steps it’s taking to replace the baseload Colstrip power in its Washington portfolio, or whether Colstrip power would be marketable after 2025. A spokesman for the company had indicated that the wholesale market might be a possibility once coal power was banned in Washington.

Puget has also been assuring Montana legislators that there are third-party renewable energy projects in Montana with which the utility is considering doing business. A new Montana power source would keep the transmission lines serving Colstrip in play for Puget. While it chose not to answer questions, Puget Sound Energy issued the following statement:

“At this time, we are still reviewing the clean energy bill and how it will affect the depreciation schedule for Colstrip. We are also evaluating all of our options for our continued interest in Colstrip as well as any other Montana-located generation.”

Talen Energy, which operates Colstrip Power Plant had three years ago claimed it was losing millions of dollars, gave two years notice that it didn't want to run the power plant after 2018. It has since changed its mind.

As Colstrip’s four utility owners from the Pacific Northwest face deadlines to stop delivering Colstrip power to their 3 million customers, NorthWestern Energy is heading in the other direction. NorthWestern said it plans to offer the exiting utilities one dollar for an extra share of Colstrip, not to exceed 150 megawatts. The share would bump its ownership share up to equivalent of roughly 50 percent of Colstrip Unit 4, in which NorthWestern now has a 30 percent share. The utility wants its Montana customers committed to paying up any costs related to an increased share of the power plant. It wants the Montana Legislature to write that customer commitment to paying for costs into state law before adjourning May 1.