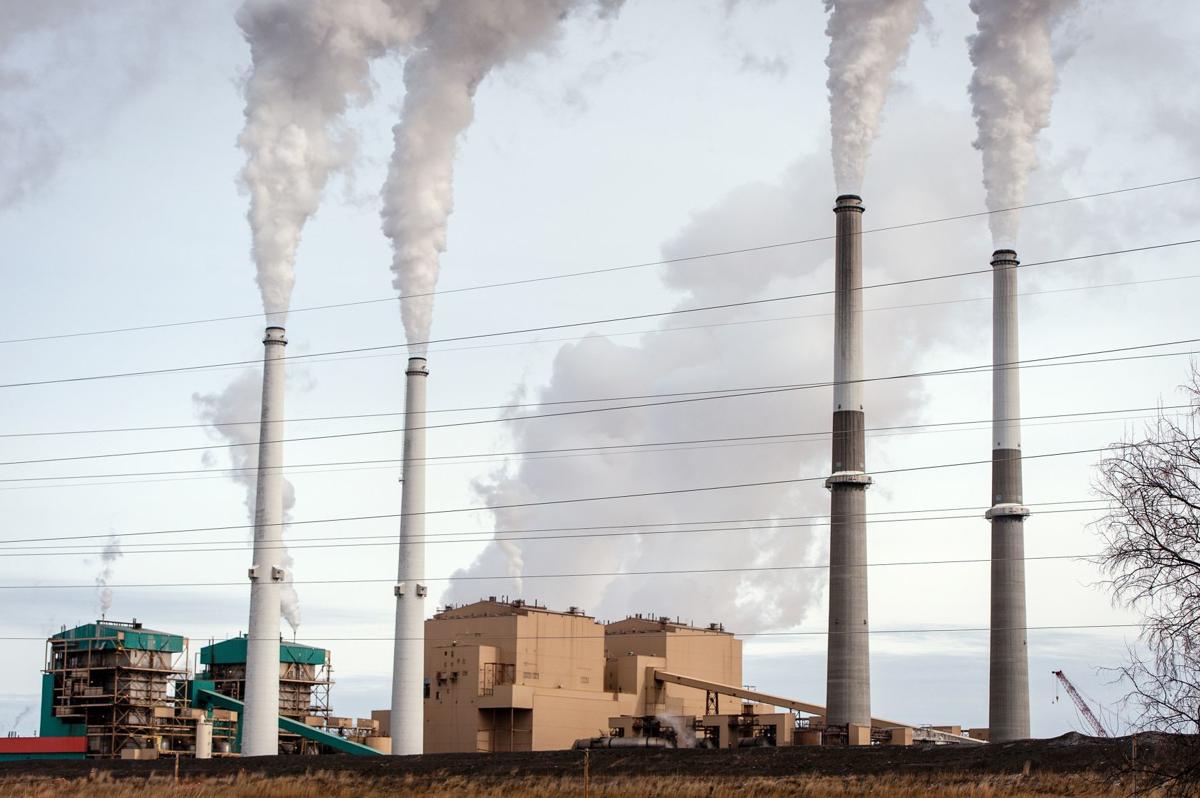 Cleaning up the coal ash ponds in Colstrip could provide more than 200 jobs for a decade, according to a Montana conservation group. 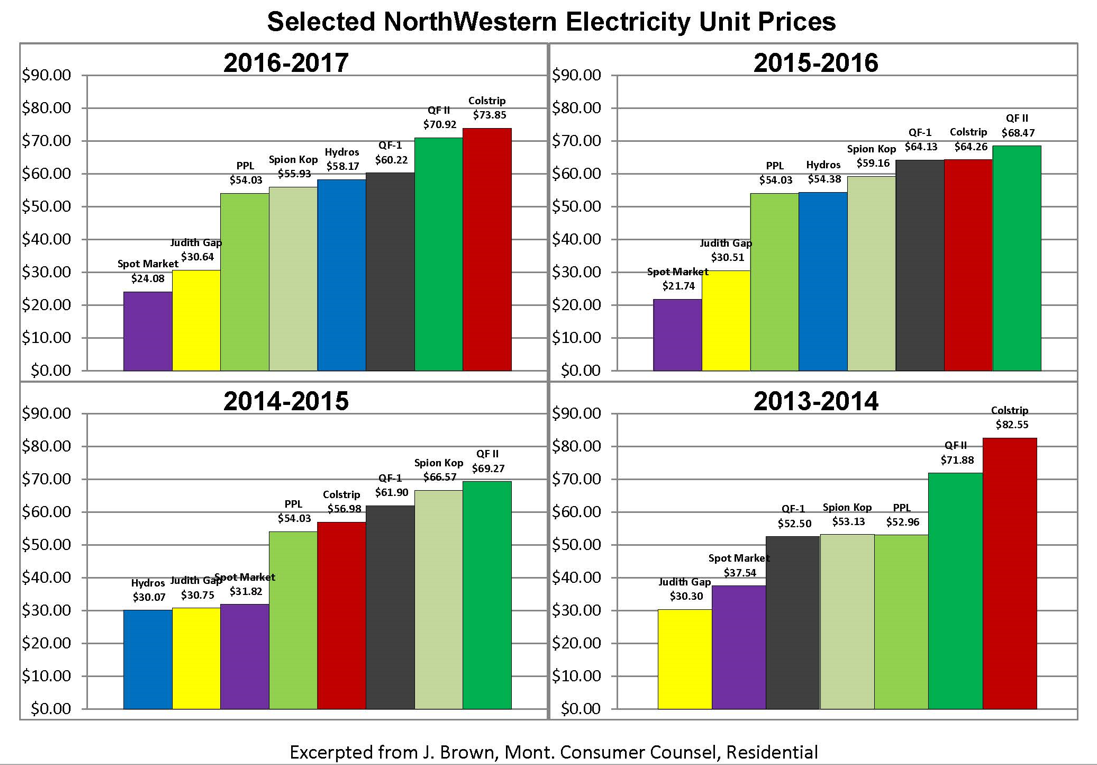 Long before Puget Sound Energy considered selling its Colstrip interests, the Washington utility was floating the idea of just shutting the power plant down.

Testimony in Puget’s case to sell its share of Colstrip Unit 4 to NorthWestern Energy shows Puget advocating for complete closure of the coal-fired power plant in 2018, the same year the plant’s newest units malfunctioned for 77 days, including periods of closure.

“Those were discussions that were going on throughout 2018,” Roberts said. “…That action was determined to be extremely difficult, if not impossible due to the provisions of the ownership agreement where you have to have unanimity to shut down the facility.”

The company has now set its sights on selling its 25% of Unit 4 to NorthWestern Energy, the only Colstrip owner expressing interest publicly in buying a larger share while most of the power plant’s six owners make exit plans.

The sale hinges on Montana’s Public Service Commission committing NorthWestern’s 374,000 customers to paying the bills associated with Puget’s share once the company moves on. Many of those costs are not being made public in Montana or in Washington, where Puget must convince the state’s Utility and Transportation Commission that the sale terms are beneficial to Puget’s 1.5 million ratepayers.

What Puget has revealed in its application to sell are the net benefits, including a glimpse of some of the business-as-usual Colstrip costs it hopes to walk away from. Selling now would save Puget’s customers somewhere between $24 million and $46 million over five years, the utility estimates.

That savings includes the costs of going to the open market to buy electricity replacing the Colstrip power Puget intends to give up. Those “business-as-usual” expenses, the costs of owning Unit 4 for another five years, is $122 million to $143 million net present value.

There’s been plenty of speculation about whether Puget selling its share of Unit 4 prolongs the life of the power plant, at least part of it, beyond 2025. That’s the year Puget and two Colstrip owners must stop passing on coal power costs to Washington customers. There’s been speculation the sale will precede an early closure of Unit 3.

Chuck McGraw isn’t sure whether the sale will change the outcome for one of the largest coal-fired power plants in the West. A National Resources Defense Counsel member and energy attorney, McGraw said the sales agreement offers no clear path.

“It’s really challenging in particular because you kind of make a game of reading the tea leaves, but what difference does it make?” McGraw said. “If this doesn’t go through, would anything be that different?”

At the outset of NorthWestern’s public attempts to buy more of Colstrip Unit 4, the messaging was that it wanted to keep Colstrip running beyond the 2025 deadline faced by owners doing business in Washington, or the state deadlines of 2030 and 2035 faced by owners PacifiCorp and Portland General Electric in Oregon. In 2019, NorthWestern was adamant it expected Colstrip to operate through 2042.

But testimony filed by NorthWestern in Montana suggests a 2025 closure date for Unit 4 isn’t out of the question. Montana still needs to have a discussion about Colstrip’s future beyond that date, according to NorthWestern testimony, though the utility sees use in the power plant beyond then.

As long as the power plant operates, customers of the utilities who remain will have to pay the costs. Puget sees Colstrip costs increasing. Its filing recognizes the cost of coal increasing. The sales agreement lists a base coal price of $27 a ton under a new contract with Rosebud Mine, up from $17 a ton under the old contract that expired at the end of last year. That’s not a small cost increase when a year’s worth of coal for Colstrip units is measured in millions of tons. Puget’s sale deals indicate a minimum annual volume of 1.25 million tons for Units 3 and 4. The cost is also variable, increasing and decreasing with consumption.

In other regulatory filings, Puget has identified $20 million in repairs needed for the superheated section of the Unit 4 boiler. Each owner was having to decide whether the expense was worth it, Roberts testified last fall.

Those repairs are not likely to happen before the sale to NorthWestern. Afterward, Puget is not obligated for capital expenditures associated with Unit 4.

Puget customers would remain on the hook for coal ash costs incurred after the sale, a point NorthWestern has emphasized in Montana, but hasn’t been mentioned much in Washington where the emphasis has been Puget’s steps to reduce the coal power it sells to customers.

“Puget specifically recognized its responsibility does not decrease, even though CU4 will continue to burn coal and generate coal ash, coal combustion residuals, and related hazardous wastes after Puget transfers its ownership to NorthWestern,” said NorthWestern’s John Hines in testimony filed in Montana about the sales agreement.

Roberts confirmed to The Gazette that Puget will pay for coal pollution proportioned to the 25% of Unit 4 it’s selling. It will continue to pay those ash costs as long as Unit 4 continues to run. Given the costs associated with the past 35 years of coal ash pollution from Unit 4, Roberts said the new costs wouldn’t be significant. And if NorthWestern created a new storage area for coal ash, Puget wouldn’t be responsible, Roberts said.

“We have that responsibility regardless for over 35 years, 37 years of ash that’s already in the ponds. So whatever that number is, the going forward portion of that is going to be relatively small compared to the bulk of the materials that are already there.”

Puget is not disclosing what its current coal ash costs are, or what they might be in the future. For comparison, Puget owns 370 megawatts of Colstrip capacity evenly split between Units 3 and 4. NorthWestern currently owns 222 megawatts of capacity in Unit 4, to which it estimates its coal ash liabilities up to $53 million.

A third Colstrip owner, Avista Corp., last month reported that it expects the annual costs associated with Colstrip coal ash to more than double by 2023 when the power plant switches to dry ash storage, something the owners agreed to do in order to settle a pollution lawsuit concerning its leaking coal ash ponds. Avista owns 222 megawatts of Colstrip capacity, equal to NorthWestern’s current share. Its annual costs for coal ash treatment now are about $400,000 but will climb to $900,000 a year in 2023.

It’s not uncommon for utilities like Puget to keep paying for new pollution treatment after exiting a power plant, said Bob Jenks, executive director of the Citizens’ Utility Board in Oregon. Jenks is monitoring Colstrip events because Portland General Electric is a power plant owner and whatever happens at Colstrip with impact the utility’s customers.

Oregon has its own coal-fired power plant shutting down this year, Boardman Coal Plant is a 550 megawatt generator that’s 80% owned by Portland General Electric. The power plant’s closure has been 10 years in the making and not without some deal making by co-owners looking to get out early.

Under the sales agreement between Puget and NorthWestern, Puget would be a NorthWestern customer post-sale, drawing from 90 megawatts of the 185 megawatts of capacity it sold to NorthWestern. Puget would replace the rest of the power with market purchases and by contracting with a natural-gas-fired power plant. The later would be used to balance out fluctuations in renewable energy generation.

There will be plenty of replacement power in the West that’s cheaper than what Colstrip produces, Puget says. It cites an oncoming increase in renewable energy projects brought by California clean energy law, as well as cheap natural gas prices as a reliable source for power cheaper than Colstrip electricity.

For Montana customers, Colstrip power is the most expensive electricity in NorthWestern's portfolio. Colstrip power was priced at $73.85 a megawatt hour in 2016 and 2017, according to the Montana Consumer Counsel. The average price for energy sources studied during that period was about $53.48.

The utility is also not completely cutting the cord on coal power. Puget will still own 25% of Colstrip Unit 3, and it’s unclear how soon that unit will shut down.

Something will have to be done to settle the differences among Colstrip owners, Jenks said. The power plant owners must all agree to close, they must also agree to pay for repairs. Those conversations will continue until the plant closes, or concessions are made to whomever stays behind, he said.

A years-long battle with the state’s largest utility and its regulator on one side and renewable energy project developers on the other, was h…

A fire gutted a home in the 37 Washington mobile home community on Wednesday afternoon.

Cleaning up the coal ash ponds in Colstrip could provide more than 200 jobs for a decade, according to a Montana conservation group.