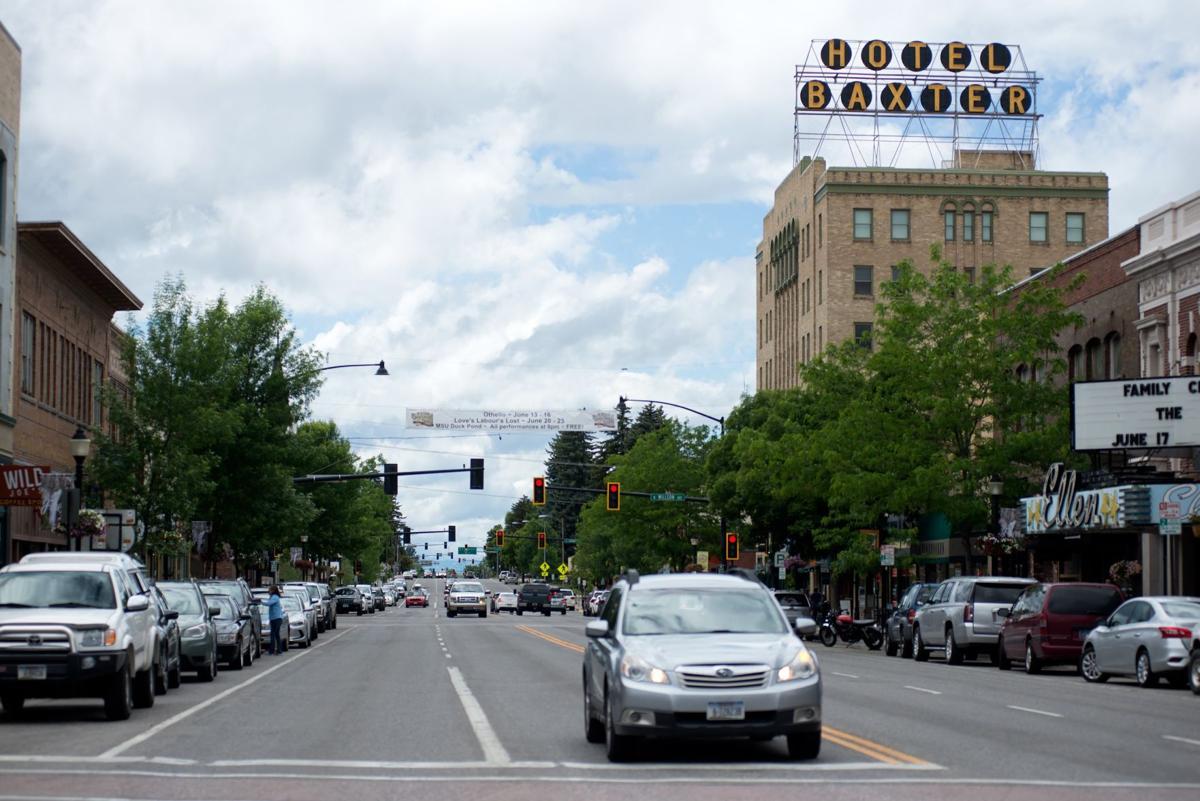 Downtown Bozeman as seen from West Main Street. Gallatin County accounted for 31% of Montana’s population growth in the latest U.S. Census, making the county a big reason why the state has been awarded a second congressional seat 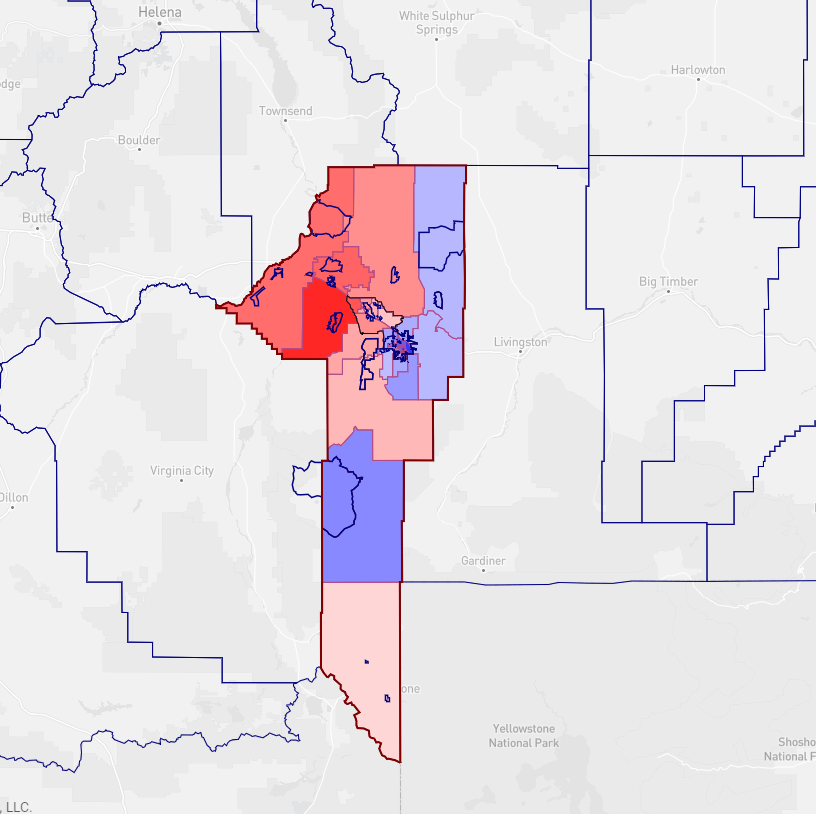 Gallatin County is at the heart of Montana's debate over how its two congressional districts should be drawn. Included in the west, Gallatin could create a competitive district, though one that still favored Republicans in 2020.

There’s a tug-of-war playing out over where Montana’s two new congressional districts should be divided and the knot in the middle of the rope, the one weighing heavily on election outcomes for the next decade, is Gallatin County.

Growing at a blistering pace, Gallatin County accounted for 31% of Montana’s population growth in the latest U.S. Census, making the county a big reason why the state has been awarded a second congressional seat. And the county is critical to determining the political competitiveness of the west.

Map selection for Montana’s congressional districts is coming down to the wire. Of the nine map finalists receiving public comment currently, the only maps producing a politically competitive western district put Gallatin County entirely in the west, with the eastern district in every scenario being solidly Republican.

But Gallatin County politically is a mixed bag. The greater Bozeman area, population 68,891, has become a Democratic stronghold. Big Sky is an area where Democrats can do well. Gallatin Valley belongs to Republicans. Even on its own, Gallatin Valley is one of the fastest growth areas in Montana.

Maps selected as finalists by Republican members of the state Districting and Apportionment Commission mostly carve out the Bozeman portion of Gallatin County and put the city in the east, while placing Republican Gallatin Valley in the west, the only exception being when Gallatin County is drawn entirely into the eastern district.

“If there’s any hope for Democrats to have a competitive district in Montana, they want to get Bozeman in with Missoula, plus Helena and Butte,” said Jeremy Johnson, political science professor at Carroll College. “But the problem you have there is that the cities are Democratic, but you don’t leave the city very far before you’re pretty much in red territory, which is true for the entire state, isn’t it?”

That stark blue to red with little in-between is one of the characteristics that makes Montana different than other states, where elections are decided in the flippable suburbs. Montana doesn’t really have suburbs, Johnson said. Democrats have to do better in rural areas, a feat of Evel Knievel proportions.

But politics are changing in Gallatin Valley, said Jacob Hopkins, data analyst for the Montana Democrats. In 2018, Jon Tester won a Gallatin Valley area anchored by Belgrade. The district also elected a Republican to the Montana Legislature.

“There are a lot of folks moving in that vote straight party, Democratic, but I don’t think it’s as obvious or dominant as people think,” Koopman said.

When the Census results first came in, Republicans were making the argument that what was important for drawing congressional districts wasn’t whether the districts were competitive, but rather whether the populations were equal not only now, but 10 years from now.

As research analyst Evan Wilson told Lee Montana Newspapers in August “If you’re going to keep these districts 50-50 equal, the best way to do that going forward is to capture some of that growth that’s occurring in the state and make sure it’s represented in these districts.”

Testifying before the Districting and Apportionment Commission, Republicans have persistently testified for balanced district populations and against drawing districts that are competitive.

“If you go down this road of competitive, you’ve go so many variables that it just becomes untenable,” said Terry Nelson, of the Montana GOP Redistricting Committee. Nelson was testifying before the Commission on Oct. 12. He said looking at election results in four of the past five general elections there were wins by Democratic candidates, which is true, though Republicans swept every statewide office in 2020 and all but one office in 2016.

Time is running out for the public comment on Montana’s new congressional districts. The commission’s Oct. 19 meeting is currently the last scheduled time people can testify on the proposed maps in person or by Zoom, and written comments for that meeting were due Oct. 16.

The public has until Oct. 30 to respond before the districts must be settled. State law requires a decision by mid-November.

The nine maps were selected from more than 200 submitted by the public or nominated by members of the Montana Districting and Apportionment Commission.

This may be Montana’s political “Groundhog Day,” an endless loop in which no matter how many congressional district maps are drawn, they reset…

With time running out to create two new U.S. House districts, Montana’s Districting and Apportionment Commission is scrambling to produce a co…

Montana’s 2022 congressional districts remain undecided after a stalemate Saturday by the Districting and Apportionment Commission.

In one final edit to the single line dividing Montana’s two congressional districts, Republicans and the chairwoman of the state’s districting…

Downtown Bozeman as seen from West Main Street. Gallatin County accounted for 31% of Montana’s population growth in the latest U.S. Census, making the county a big reason why the state has been awarded a second congressional seat

Gallatin County is at the heart of Montana's debate over how its two congressional districts should be drawn. Included in the west, Gallatin could create a competitive district, though one that still favored Republicans in 2020.