Not guilty pleas were required by District Judge Brett Linneweber in court Monday morning citing both the defendant’s age and the nature of the case. Linneweber also upheld a $50,000 bond set by Judge Mary Jane Knisely in a bench warrant.

The 17-year-old suspect, whose initials are J.C., will also be required to wear a GPS monitor if released, and is barred from contacting any of the victims or going near the home he allegedly fired on.

(The Billings Gazette does not generally identify juvenile suspects involved in criminal activity. All of the teens involved are identified by their initials. It is still possible the case could be tried in juvenile court.)

According to a police investigation, J.C. and four other teen boys, two of which police apparently only know by their first names and the other two were identified as 18-year-old K.T.R. and 12-year-old J.N., were driving around the night of Sept. 10.

Allegedly K.T.R. had a “beef” with the boy whose house they would shoot up. So, the teens drove to the house on Jefferson St., where four of the boys—K.T.R., and J.C. along with the two boys only known as “David” and “Jeffrey” in charges — pulled their hoods over their heads, got out of the SUV and shot about 12 rounds into the home, charges stated.

The teen boy targeted by the group had noticed a vehicle pull up outside and went to look. He saw several people dressed in black exit the vehicle. Then he heard gunshots. As the bullets ripped through the house he dropped to the ground and called out for the rest of his family to do the same, he and his mother, referred to as L.M. in charging documents, later recalled to police.

L.M. said she’d been sleeping when she heard the gunshots. She told police her two other children, around 6 and 7, were also home along with two other adults.

Police talked to others in the neighborhood and one witness said he saw the teens arrive, pull their hoods up over their heads and then speed off. But as they did so, the witness told police, the SUV collided with a different vehicle leaving the SUV’s front license plate on the pavement. Police traced the plate to a trailer on Jackson Street where they found the damaged vehicle.

As police were inspecting the vehicle, the owner came out of a nearby home to talk to police. At the same time a young man ran out the back. One officer chased the boy, later identified as K.T.R., who managed to escape. The other officer spoke to the vehicle’s owner. Police learned that a group of teenage boys had taken the SUV to the store and to pick up friends earlier in the night.

The woman gave police permission to search both the vehicle and her home but did not believe there were weapons in either. Inside the SUV police found a spent 9mm casing. Hidden inside the home they found a 9mm pistol, a Taurus .38 revolver, ammo, and empty brass casings. Most notably police also found a stolen Christin Arm Rifle with a suppressor and a shotgun. There was no serial number on the shotgun.

During interviews J.N., K.T.R. and J.C. allegedly recalled the night for police and admitted to the shooting, fleeing the area, colliding with the car — which caused the two other boys, “Jeffrey” and “David”, to run away — and hiding the guns at K.T.R.’s home.

J.C. is the only one involved in the shooting that has been charged to date. If convicted, J.C. faces 20 years in prison for each count of assault with a weapon. A transfer hearing to decide whether the case should continue in district court or be moved to juvenile court will be held at a later date.

Teen-related shootings and homicides have been on the rise in 2020. Last week a group of teens was charged in connection to the shooting death of 15-year-old Khoen Parker in January. A 16-year-old faces a negligent homicide charge after he fired a round during an apparent fight that ricocheted and hit Parker in the side.

On Friday, an 18-year-old woman was arrested after a 43-year-old man was shot in the 300 block of 25th Street North in downtown Billings. The woman has been booked into jail, police said.

On Saturday morning, two teenagers were shot while on the Rims. At about 3:45 a.m., an 18-year-old man and 17-year-old girl were shot after an argument, police said. Both victims were taken in a personal vehicle to a nearby hospital with serious injuries. Later in the day, police arrested 18-year-old Nathan Prettyweasel on two counts of assault with a weapon. 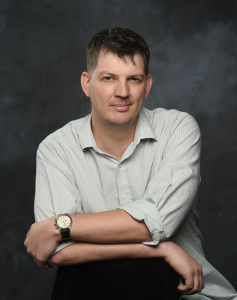 Third shooting in two days being investigated by Billings police

Nearly eight months to the day Billings teen Khoen Parker was shot and killed, five people have been charged in connection to his death.

The victim, a 43-year-old man, was taken to a nearby hospital with serious injuries, police said.

4 charged, including 2 juveniles, in shooting death of Khoen Parker in Billings

Billings Police have arrested four people, two of them juveniles, in connection with the Jan. 16 shooting death of 15-year-old Khoen R. Parker.

An angry crowd of people, who had been watching the chase, accosted the officer, yelling and cursing at him.

A Wyoming woman is in custody on suspicion of lighting multiple fires in downtown Billings on Tuesday morning that brought emergency crews to a church and a pre-release center.

Bullets struck four Billings residents over course of two days last week, and charges have been filed against the alleged shooters in three of those cases.

Smotherman allegedly denied the video at first but then said his sleeping medications have caused him to do things.