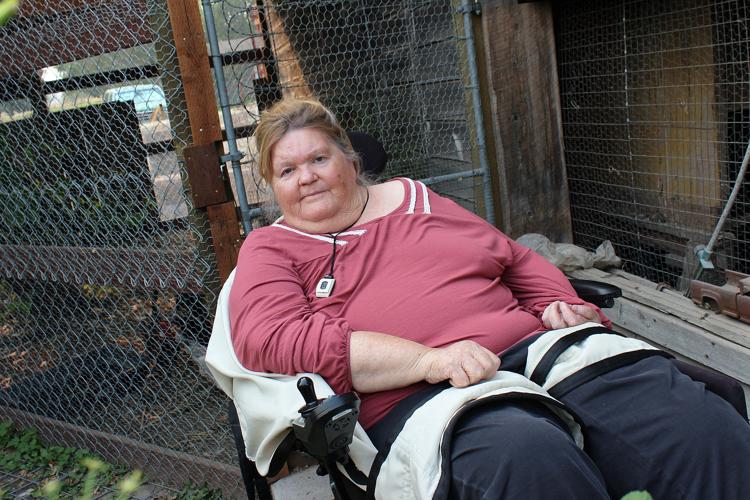 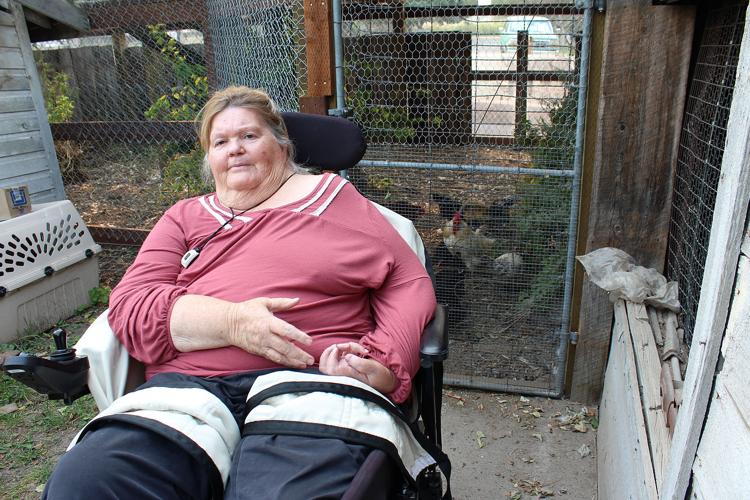 After Hamilton resident Dorinda Troutman experienced a stroke in 2018 that paralyzed the left side of her body, she decided to take the advice of well-known American poet Walt Whitman, who also suffered a stroke in the 1870s. She let nature nurse her back to health.

“Ten years later he was able to walk, with a limp of course, but he walked and he recovered,” Troutman said while sitting outside in the smoky air as wildfires continue to burn in Western Montana. “He attributed his recovery to being out in nature as much as possible, which is what I try to do, too.”

With a vegetable garden in her yard and a flock of Icelandic chickens to keep her company, she finds herself outside often. But without the timely medical care she received, she said she might not be alive today.

The American Heart Association has announced the launch of its Mission: Lifeline Stroke initiative to strengthen stroke-related care in Montana through a $4.8 million grant from the Leona M. and Harry B. Helmsley Charitable Trust.

The American Heart Association has carried out similar initiatives in several other states in the region during the past nine years. The Helmsley Charitable Trust has invested more than $460 million to improve health care in the seven upper Midwestern states.

“It’s my belief that it doesn’t matter where you live, if it’s an urban center or a very rural center, everybody should have the opportunity for the same highest quality health care,” said Walter Panzirer, a trustee for the Helmsley Charitable Trust during an online press conference.

The grant will be used over the next three years to bring together hospitals, emergency medical services, first responders, local governments and other stakeholders to create a farther-reaching system of stroke care.

The project will focus on a system-wide data tool to assess protocols; coordination of treatment guidelines for EMS and hospital personnel; local plans for rapid transport and inter-facility transfer of stroke patients; and more.

“We are proud of the solid foundation we’ve built here in Montana and we are very excited to work with the Helmsley Foundation and the American Heart Association over the next three years to further enhance and expand this system of care,” Holzman said.

There have been discrepancies in stroke care provided in urban centers and critical access hospitals, according to Dr. Kurt Lindsay, a Kalispell neurologist. Stroke is a time-sensitive disease, so identification and treatment need to be seamless, Lindsay said.

The “Clot Buster” drug known as TPA is used to break down a blood clot causing a blockage of blood flow to the brain. However, it must be used within four hours after the onset of symptoms of stroke.

When she suffered her stroke in 2018, Troutman was driven from Hamilton to receive treatment in Missoula. By the time she began treatment, it was too late to receive the drug. She underwent brain surgery to remove a clot, however, it was unsuccessful. But she credits the medical staff for saving her life and her physical therapists and at-home caregivers for her rehabilitation.

Troutman found four caregivers and a physical therapist in Hamilton, avoiding the burden of having to travel for treatment.

"It's been very interesting to discover all the things that happen with stroke," Troutman said.

The project's next steps include collaborating with hospitals and collecting data with stakeholders. Stroke is the fifth most prevalent cause of death in Montana, with more than 1,800 strokes annually accounting or nearly 420 deaths.

After 35 years together, Montana couple marries in hospice ceremony

Being apart from his seven-week-old son, Oliver, is the hardest part for Jared Stricker, an emergency medical technician from Wheat Ridge, Colo.

Costs of fighting wildfires in Montana have hit $10 million for the state after a flurry of blazes in early September.

The Centers for Disease Control and Prevention, in partnership with other organizations, has launched a campaign to cut down the number of pre…

On April 1, Cole Whitmoyer will open a different kind of medical clinic in Billings.

Ashli Blain never intended to become internet famous. But a few viral Facebook posts have landed her on national news, the possibility of appe…

This virtual reality patient could save the lives of real ones

Freeing US basketball star Griner a 'priority' for Joe Biden

Freeing US basketball star Griner a 'priority' for Joe Biden