Shawn Palmer says his medical marijuana dispensary business has been licensed annually in Billings since 2011.

When he went to renew near the end of 2017, he says the city denied him. Then the city sent him code violation notices that said the dispensary should cease doing business because he had no business license.

While the city granted him business licenses in previous years, Palmer invested in the Grand Avenue property, which is accessible only to registered medical marijuana patients.

He wondered why the city could change its tune now.

“I spent almost $100,000 on that building for one very simple reason,” he said. “I wanted to have a shop that was for the client and was private and secure. No children, no public exposure to my cannabis shop.”

Palmer sued the city of Billings on behalf of his dispensary, Montana Organic Medical Supply, and three of his patients. He's the second dispensary owner to sue as city officials look to clamp down on those businesses.

Palmer's lawsuit seeks a court order allowing him to continue operating in Billings. Like the first dispensary that sued, Palmer renewed his business license with Billings for years despite a city ordinance that prohibited it.

The plaintiffs in Palmer's lawsuit include three patients who say they rely on medical marijuana and that their access would be severely limited if Montana Organic Medical Supply moved out of the city.

The patients have limited mobility and rely on getting rides to the dispensary. Laurie Parker, one of the patients, has had 10 surgeries resulting from cancer, according to the lawsuit. Marijuana allowed her to be well enough to get a job, the lawsuit says.

If Palmer's dispensary moved out of town, Parker would have a harder time finding rides, according to the lawsuit.

“The people that need it the most are the ones who are going to be the most affected by this,” Palmer said.

Like the first dispensary that sued the city, Montana Advanced Caregivers, Palmer said his was originally licensed as a medical marijuana business and renewed annually by the city for that purpose. Palmer has been in business since 2011.

Billings has had a de facto ban on medical marijuana businesses on the books since 2012. That city code says that all business licensees must follow state and federal law. Therefore, a business handling medical marijuana, which is illegal under federal law, shouldn't have received a license or renewal.

The two dispensaries that sued received their initial business licenses before the city passed the de facto dispensary ban.

But when it came time for renewal, the city still granted licenses for years and collected fees to do so. The businesses were always registered as dispensaries.

Assistant City Attorney Gina Dahl said Thursday that the license renewals are processed more quickly than an original application. And the fine print on renewal forms tells businesses they must obey all laws, including federal drug laws.

The city's position is that it was up to the dispensaries to pick up and leave town, even though they received license renewals from the city.

“Those renewal forms specifically tell business that it’s their duty to make any changes,” Dahl said.

It's unclear how much the city knew about the dispensaries it licensed. In a memo to the city council last fall, Dahl wrote that the city wasn't granting licenses to medical marijuana businesses.

Billings officials revisited marijuana regulation after the 2017 Montana Legislature added laws allowing cities to prohibit dispensaries, which are open only to registered cardholders.

Previously, the law allowed only local governments to regulate storefronts, which are open to the public.

Last year, the Billings City Council considered a zoning ban on medical marijuana businesses in addition to the business license ordinance. Debate over the zoning ban stalled, and it hasn't yet passed a final council vote.

In the meantime, the dispensaries filed lawsuits. City officials believe the two lawsuits represent the only two dispensary businesses in city limits. Many operate on county land.

Enforcement is on hold while the lawsuits play out.

In the case of Montana Advanced Caregivers, the first dispensary to sue, a court order prevents the city from enforcing a ban while the case is ongoing.

There are no hearings set in Palmer's lawsuit, which was filed Feb. 15.

Protests in Minnesota as former officer is charged

The state health department tweaked its medical marijuana program rules for testing, fees and other areas before releasing its final draft Feb. 9.

On Sept. 11, the owners of Montana Advanced Caregivers received a letter saying their business license renewal had been rejected.

The hardest thing about a winter like this one is that it just keeps coming.

A former Billings lawmaker's ranch near Ingomar is the subject of a large-scale animal abuse and neglect investigation that began in January, …

Billings' Main Street is an oddity when compared to most streets with that name. The street, known to some older residents as Old Highway 312 …

Not all Montana airports fit their names

Jack Gladstone’s first hunt may be his last.

Once the weather warms up, thick river ice could cause problems in Eastern Montana

The extended cold weather has caused a buildup of ice on many Eastern Montana rivers and streams, including the Yellowstone River, according t…

Here are the obituaries published in the Billings Gazette the week of Feb. 19-25.

New signs will soon be popping up in businesses around Yellowstone County.

How do we cultivate civility in the midst of conflict? Rocky Mountain College to host lectures

Rocky Mountain College will host the Wheatley Lectures March 8 and 9 with a theme this year of "Creating Community in Fracturing Times: Return…

Despite being aware of rumors of misconduct, Helena Public Schools did not investigate allegations that a former teacher at Capital High School sexually assaulted a student.

The officer who fatally shot a man during a welfare check near East Helena earlier this month has returned to full duty.

Two Casper Police Officers shot at a man wielding a sword Sunday night, according to a statement from the Casper Police Department. The man died of his injuries.

Bud Luckey, the Billings native who created iconic characters for Pixar and Disney, died Saturday. He was 83.

Lawsuit: Montana judge had no right to ask for arrest of immigrant who was in court to testify for his wife

HELENA — Just outside a subdivision overlooking Lake Helena, a sandy, 12-acre field scattered with sagebrush and gopher holes lies almost barren. Sparsely strewn throughout the dry tilled field, little green sprouts no taller than an inch cling to the last bit of moisture from the spring rains.

Rob O'Neill asked to leave flight after drinking; assistant denies report that he was combative

Butte native and former Navy Seal Rob O’Neill was asked to leave an American Airlines flight Sunday before it left from Nashville because he had been drinking, but he was not combative, a representative of O’Neill’s told The Montana Standard on Monday.

Woman tried to 'teach a lesson' when she drove into closed Billings grow and smoke shop, charges state

A woman drank half a bottle of whiskey, drove to a Billings business to get marijuana, then drove her car through the storefront when she disc…

Billings hustles to get ready for legalized pot

"We're going to be stuck with whatever the state does," said Kendra Shaw, a Billings City Council member. "So let's figure it out." 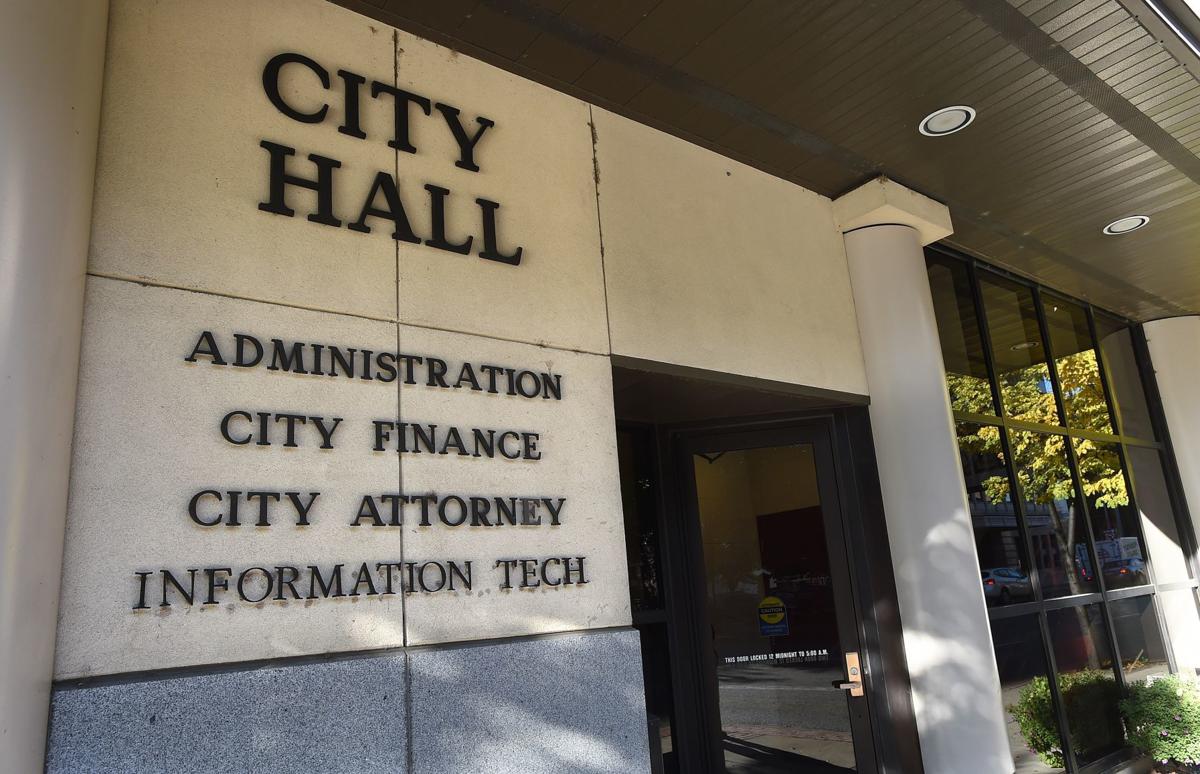 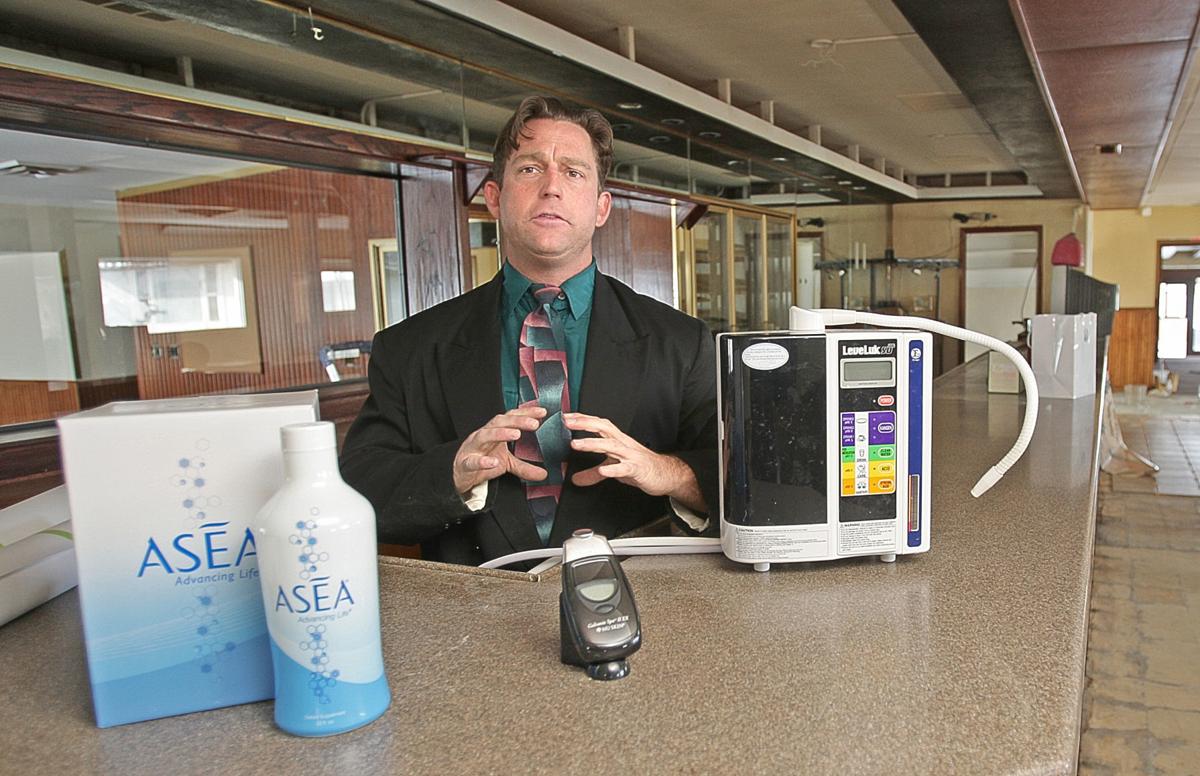