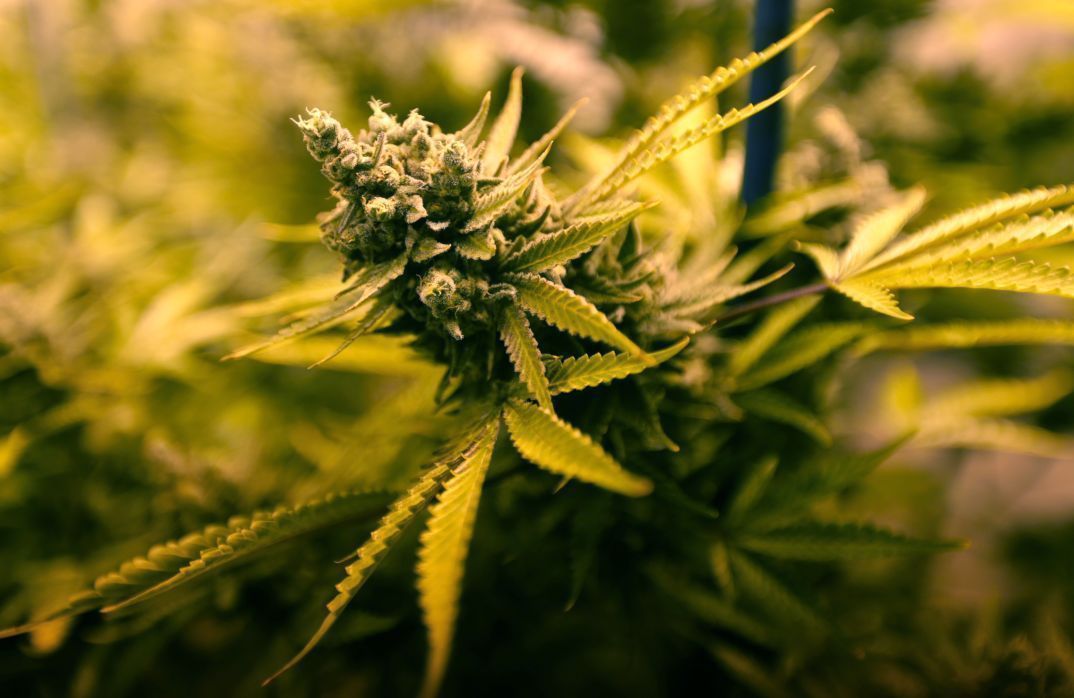 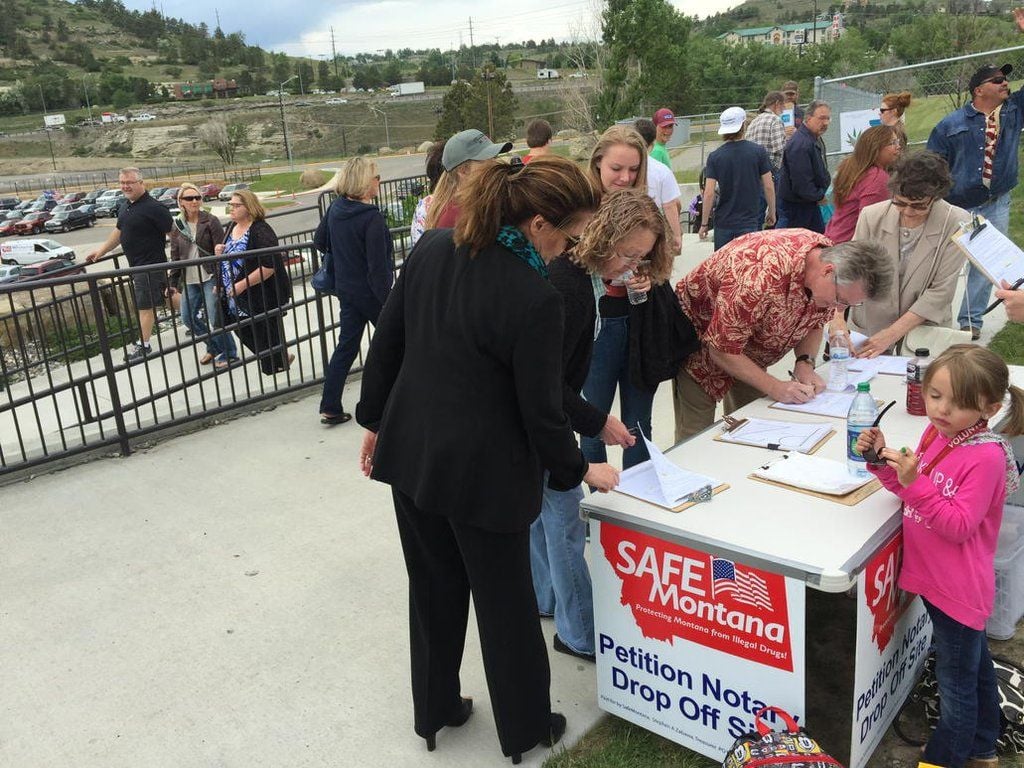 Tens of thousands of dollars have been raised by the groups, and those with the largest war chests are reporting the most success.

To get on the November ballot, the campaigns must gather 24,175 signatures by June 17.

Safe Montana is the group campaigning to repeal Montana's medical marijuana program. The organization has proposed Initiative 176 toward that end.

Since October, Safe Montana has run a visible campaign across the state. Its founder, Billings businessman Steve Zabawa, said the group has collected more than the requisite number of signatures.

"We're the aggressive party," Zabawa said. "And that's kind of our attitude. The loud minority of marijuana users have been very, very loud and very effective in their campaign of 'it's no worse than alcohol. Let's tax it and spend it.'"

Zabawa's enthusiasm is reflected in his own contributions to the effort. According to Safe Montana's most recent finance report, Zabawa has put $70,896 of his own money into the ballot campaign.

Most of that money has been spent on its network of signature gatherers. Campaign manager Matthew Rich makes $1,750 for his work every two weeks.

Safe Montana has received comparatively small contributions from outside sources. Zabawa, an owner of Rimrock Auto Group, also donated office space and vehicles as in-kind contributions to his own cause.

Two pro-marijuana initiatives are seeking space on the ballot. A relative newcomer is Montana Citizens for I-182. The group began work on the heels of a February decision by the Montana Supreme Court that upheld rollbacks to the state medical marijuana program.

Initiative 182 would remove two main restrictions on the medical marijuana program that were passed by the Montana Legislature in 2011— a limit of three patients per provider and a state review of doctors who recommend more than 25 people for the drug.

The money behind I-182 comes from the Montana Cannabis Industry Association, the group that sued after the Legislature passed of the 2011 bill.

Greg Zuckert, a spokesman for the MCIA, said that over two shorts months, he's confident they will gather enough signatures to make the ballot.

"It (MCIA) was formed to support the lawsuit, and I don't think it ever took the shape of a normal trade association, which is where we now want to go," Zuckert said.

Heavily supported by marijuana shops across the state, the MCIA funded the Washington, D.C.-based firm M+R Strategic Services to run Montana Citizens for I-182.

Additionally, the MCIA has contributed $94,500 through in-kind donations to the ballot initiative campaign for field staffing, advertising and polling, according to financial disclosures.

“The providers are really ponying up as they did in the lawsuit, because it's their livelihood," Zuckert said.

A third ballot aimed at legalizing recreational marijuana could be on the wane.

Glendive sportswriter Anthony Varriano started Cycling for Sensible Drug Policy last fall with the goal of allowing recreational use for adults through Initiative 178. He's since picked up a number of small individual contributions totaling about $6,700.

Most of that money was spent on travel and petition efforts around the state. On June 1, the group recorded $522 in the bank, according to financial disclosures.

Varriano said that they're still short of the signature mark. If they reached 24,175, the goal is to keep collecting in case the Montana Secretary of State Office nixes some of the duplicate or unregistered names.

"We probably want to get about 15,000 signatures in these last two weeks," he said.

Cycling for Sensible Drug Policy has also been promoting its constitutional amendment, though it would need nearly 50,000 signatures to make it onto the ballot.

Varriano said that with a competing marijuana initiative and well-funded opponents, his campaign has slowed.

"That's hard to compete with," he said. "Our numbers have kind of fallen off since 182 started."

He said his group will make a big push on Tuesday for the primary elections. It could be a make-or-break day, he said.

Montanans could end up seeing a November ballot that has initiatives for and against medical marijuana. Montana Secretary of State Linda McCulloch's office will tabulate and approve eligible ballot initiatives in July.

WATCH NOW: Bruce Miller sits down to talk with Oscar nominee Diane Warren about her success

HELENA — The state Supreme Court said Monday it will delay enforcement of the severe medical marijuana restrictions it has upheld until Aug. 31. 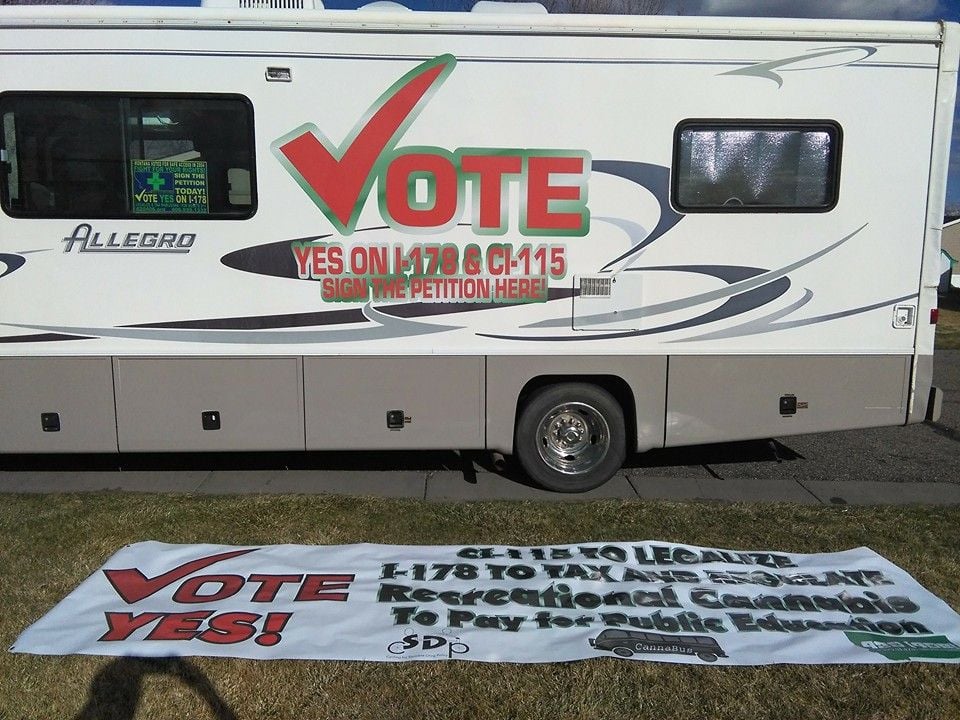 Pro-marijuana organizers have traveled in a vehicle they call the "Cannabus." They support a ballot measure that seeks to legalize recreational use of marijuana for Montana residents older than 21.