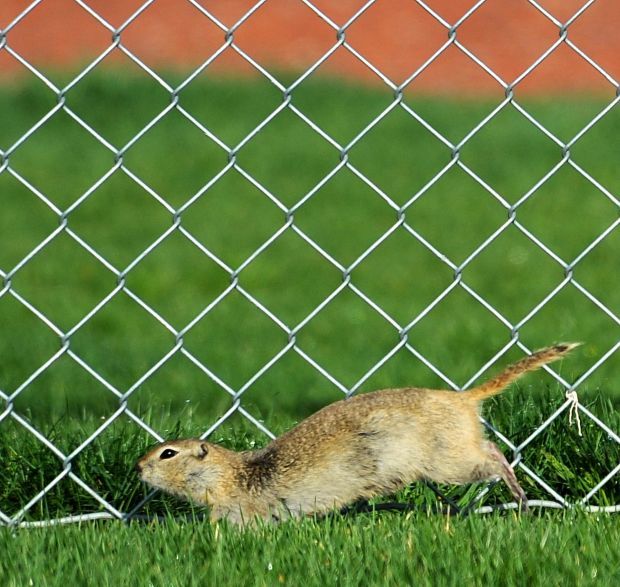 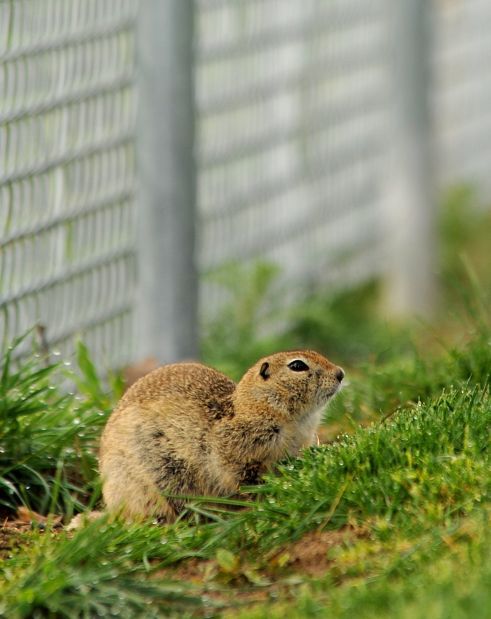 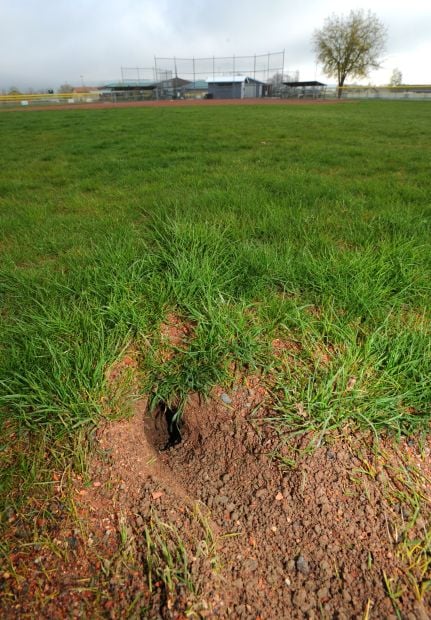 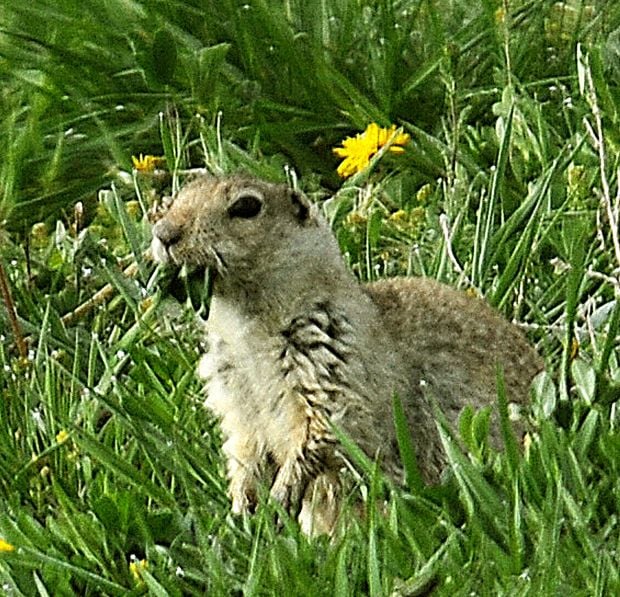 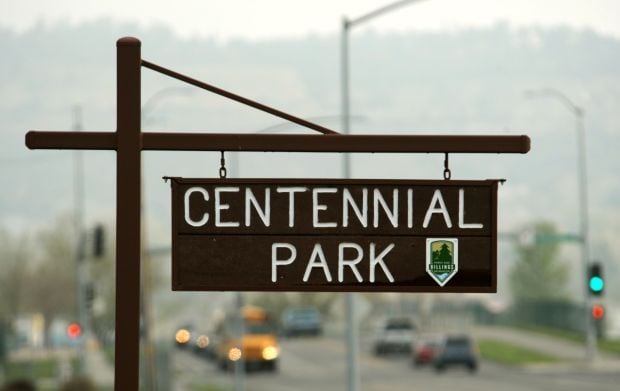 For the last several years, the population of Richardson’s ground squirrels has gone unchecked.

They’re not gophers, and they may look cute and furry, but the scurrying and burrowing rodents are an ugly problem for the Parks, Recreation and Public Lands department.

Ground squirrel holes in baseball diamonds or soccer fields can pose a serious risk to the ankles of athletes.

“They may have hundreds of holes and thousands of tunnels,” said Jon Thompson, Billings parks superintendent. “It’s more problematic in places where we have sports fields, like Amend and Centennial Park.”

“Many farmers, ranchers and urban park systems have dealt with them on their lands for decades, that’s not new,” Thompson said. “What is new is the tools we have to manage them.”

In the last 20 years, regulations on what poisons and pesticides can be put where have changed.

“Back in the day, we could use poison oats,” he said. “It was real effective, but banned for use because of non-target mammals or birds getting into it.”

They then turned to anti-coagulant products, like Rozol or Ramik Green. “You put them down the hole,” he said. “It causes them to hemorrhage internally, it’s not real pretty,” he said.

Eventually, those methods were banned for similar reasons when other animals and even family pets ate the products or a squirrel carcass.

So they turned to phosphine gas tablets that, when exposed to moisture, emit a poison gas. However, according to Thompson, it was used improperly beneath a home in another state, killing two children.

In the aftermath of the incident, stringent regulations on the gas have made it extremely costly and logistically impossible in urban parks.

“The only thing we can purchase is a fumigant,” he said. The fumigant works as little smoke bombs that suffocate the squirrels with carbon monoxide gas, but they’re not nearly as effective as toxic poison.

“It’s only 20 percent effective when used,” Thompson said. And it’s expensive and labor intensive for those in the city’s parks department.

“We got an estimate from one of the local pest control companies, and it was $8,000 for one treatment,” he said. “Potentially, you could spend $20,000 or $30,000 eliminating them from Centennial Park and you might not get them all.”

So, what’s the solution, considering 10 percent of town — or about 2,580 acres within city limits — is parkland?

There’s predation, Thompson said. “If we were ranchers, we would encourage fox and hawks and eagles. But, of course, in an urban park, how effective is that?”

The parks department could pump propane into their tunnels, he said. “There’s been some that have been using that,” but research concluded that “it’s not very effective and potentially dangerous,” Thompson said.

They even considered the idea of pumping large volumes of water down the holes, trapping the ground squirrels. But in large areas that could require thousands of gallons of water and there’s no guarantee that the rodents would be flushed out before the water is absorbed into the ground.

And, in case you’re wondering, discharging a firearm within city limits is strictly prohibited.

Until the squirrels decide to take up residence somewhere else, the department is developing a strategy to co-exist with the animals through a combination of trapping and using smoke-bombs to keep them out from under the fields.

“It’s something you have to stay on top of and do regularly,” he said. “That’s one of the challenges.”

The parks department has made it clear that officials should look over fields before games to make sure holes are filled in. It’s not a perfect solution, but it’s what they can do for now.

They certainly don’t want someone to step in a hole, but they don’t want to make parks unsafe. Part of the reason why 2.4 million people visited Billings parks in 2013 was to see deer, turkeys and other animals that frequent the area, Thompson said.

“We encourage wildlife in our parks,” Thompson said. “When they become a pest, that’s when we have to step in and start to do something.”

Billings man admits to role in drug and prostitution scheme

At least seven women were forced into prostitution, according to initial charging documents, three of whom were minors.

Billings Public Schools has reported that at least 121 students and 40 staff members are newly infected with COVID-19.

Virus by the numbers: 12 charts that show how COVID-19 is spreading in Billings and Montana

What percentage of cases are the omicron variant? How does hospital capacity compare across the state? Which areas are the least vaccinated? Find out with these charts and maps.