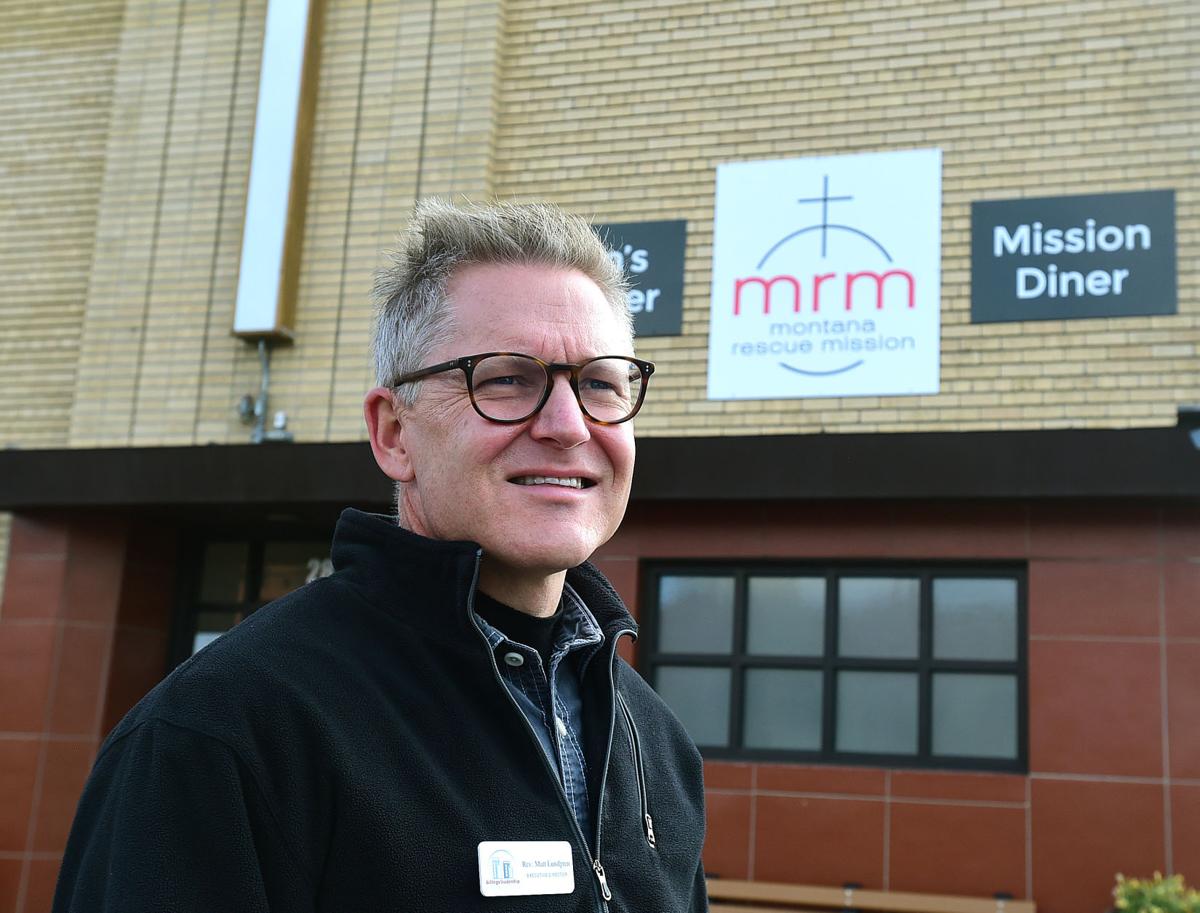 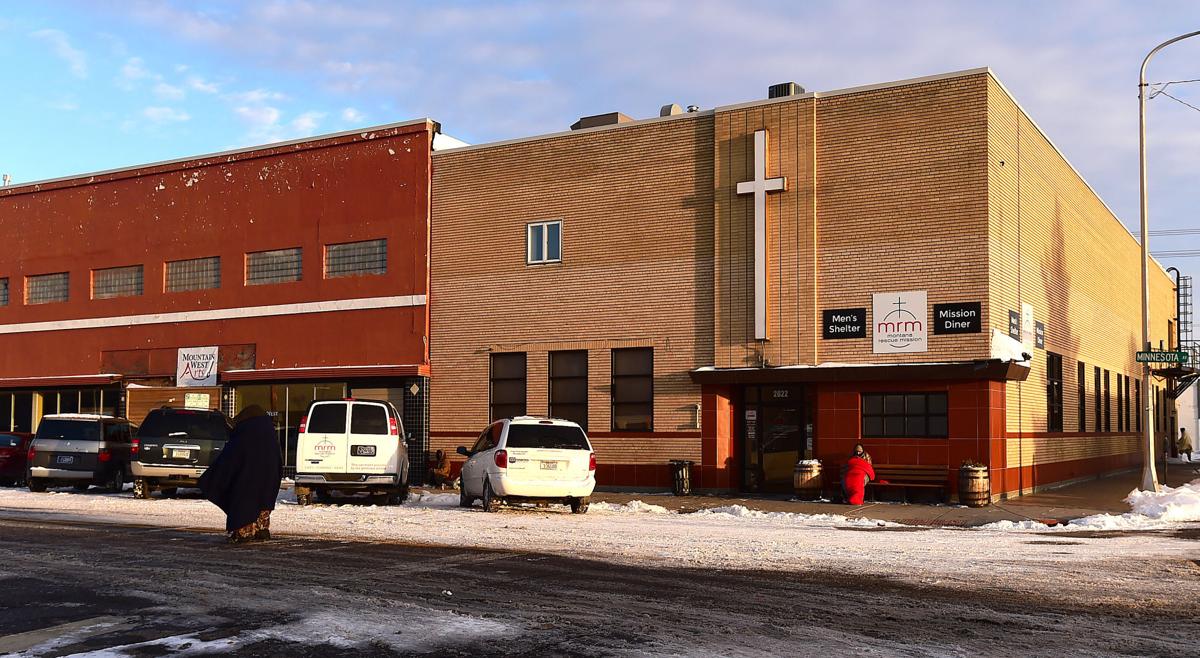 It was an exciting moment, but one tempered with the need to quickly act. MRM will lose the federal money if it can't match those dollars with an additional $6.4 million raised in the next 12 months by outside donors.

Matt Lundgren, executive director of the MRM, knows it's a big ask of the community but he's confident people and organizations here will step up. An estate donation with other gifts has already brought in roughly $1 million, leaving another $5.4 million to be raised.

"This community is generous," he said. And this project, he added, "will set us up for the future."

On Tuesday morning, Lundgren met with Robert Marbut, who heads the U.S. Interagency Council on Homelessness for the Trump administration, to talk about the shelter mission's and its new MRM Unified Campus project.

The mission's ambitious plan for its Unified Campus essentially rebuilds the shelter and its services from the ground up, and includes space for the homeless and transient population as well as affordable, low-income housing.

The project will start by leveling most of the oldest building at the mission, what used to be Granny's Attic on Minnesota Avenue. The structure is more than 100 years old and is on the registry of National Historic Places, so the building's facade will remain to give the new Unified Campus a tie to Billings' history.

The new structure will be a three-story building with 200 beds in a series of small group rooms for the homeless, and 29 affordable housing apartments on the top floor.

"We're super excited about this because it's long overdue," Lundgren said of the project.

The four-person group rooms for the homeless were designed to give more dignity to those who stay at the shelter. Each of the rooms has its own bathroom and will feel more homey than the 60-bed dorm room the shelter uses now.

The new shelter will also include a handful of private rooms that can be used for individuals with specific needs or if the mission needs space for quarantining. These rooms can also be used to accommodate those with gender-identity needs, Lundgren said.

"We want to be able to serve everybody," he said.

Lundgren specifically addressed the faith-based mission of the MRM and how that intersects with the people it serves.

"We don't force our faith on anyone. No one is forced," he said.

The shelter doesn't turn away LGBTQ individuals or those of other faiths, Lundgren said, noting that the shelter had both currently staying there. The spiritual- and religious-based services offered by the mission, like chapel time and Bible study, aren't required, he added.

MRM staff will turn away people who appear to be a threat to the health and safety of themselves, others staying at the shelter or employees of the mission. Most of the time, Lundgren said, it's a sobriety issue.

The MRM offers work-training, education and counseling programs to help people learn job and workforce skills along with addiction and mental health services. In many of these programs, participants are required to meet certain goals, Lundgren said. If they don't, they lose their place in the program.

To facilitate the training, education and mental health services, the new Unified Campus project will include classroom space, a training kitchen, a full-service laundry that also includes job skill training, an exercise facility, a new 200-person chapel, counseling and health care offices, and a child care area with an outdoor playground.

The Unified Campus will house the mission's Men's Shelter and its Women and Family Shelter under one roof. The two groups will still be segregated but the shelter will have one common entrance.

However, Lundgren still has over $5 million to raise in the next year, so the mission has put the Women and Family Shelter up for sale and will use the proceeds to help meet the fundraising goal if it needs it.

The $6.4 million in federal low-income housing tax credits was awarded through the Montana Board of Housing, part of $32 million that was available statewide.

That money must be used specifically for the 29 affordable housing apartments to be built on the top floor. The additional $6.4 million to be raised through the community is what will pay for the new shelter and the services it will offer.

In the last several years, the MRM has already converted some of its housing into a half-dozen low-income apartments into which those seeking shelter and services can transition as they strike out on their own in the community to find a job.

Secure, available permanent housing is one of those things Lundgren believes is absolutely necessary to getting people off the street and integrated again into a community.

Those who need it can still get a bed for the night at the Montana Rescue Mission in downtown Billings, and they may even get a little more sp…

Funding gap that closed the HUB was created by Yellowstone County

Many of the organizations that provide assistance and outreach to Billings' transient and homeless populations have worked to make sure they're doing what's possible to meet the needs of those they serve while taking steps to ensure they and their employees are safe.

A Laurel contractor facing a string of charges alleging he scammed homeowners in remodel or repair work denied felonies in a new case on Tuesday.

A trio of volunteers on Wednesday and Thursday cleared out lawn chairs, computers, clothes, plastic buckets, acres of cardboard, a recliner and even what appeared to be stolen family photos.

Rescue Mission rolls out Thanksgiving dinner despite the pandemic

Several dozen people lined up on South 29th Street just before noon on Thanksgiving Day, while inside what used to be the Montana Rescue Missi…

Widmyer Corporation is a property management and development company that specializes in residential and commercial property. It finalized its purchase of the Babcock building earlier this month.

A rendering shows plans for the Montana Rescue Mission in Billings.

A rendering of plans for the Montana Rescue Mission in Billings. 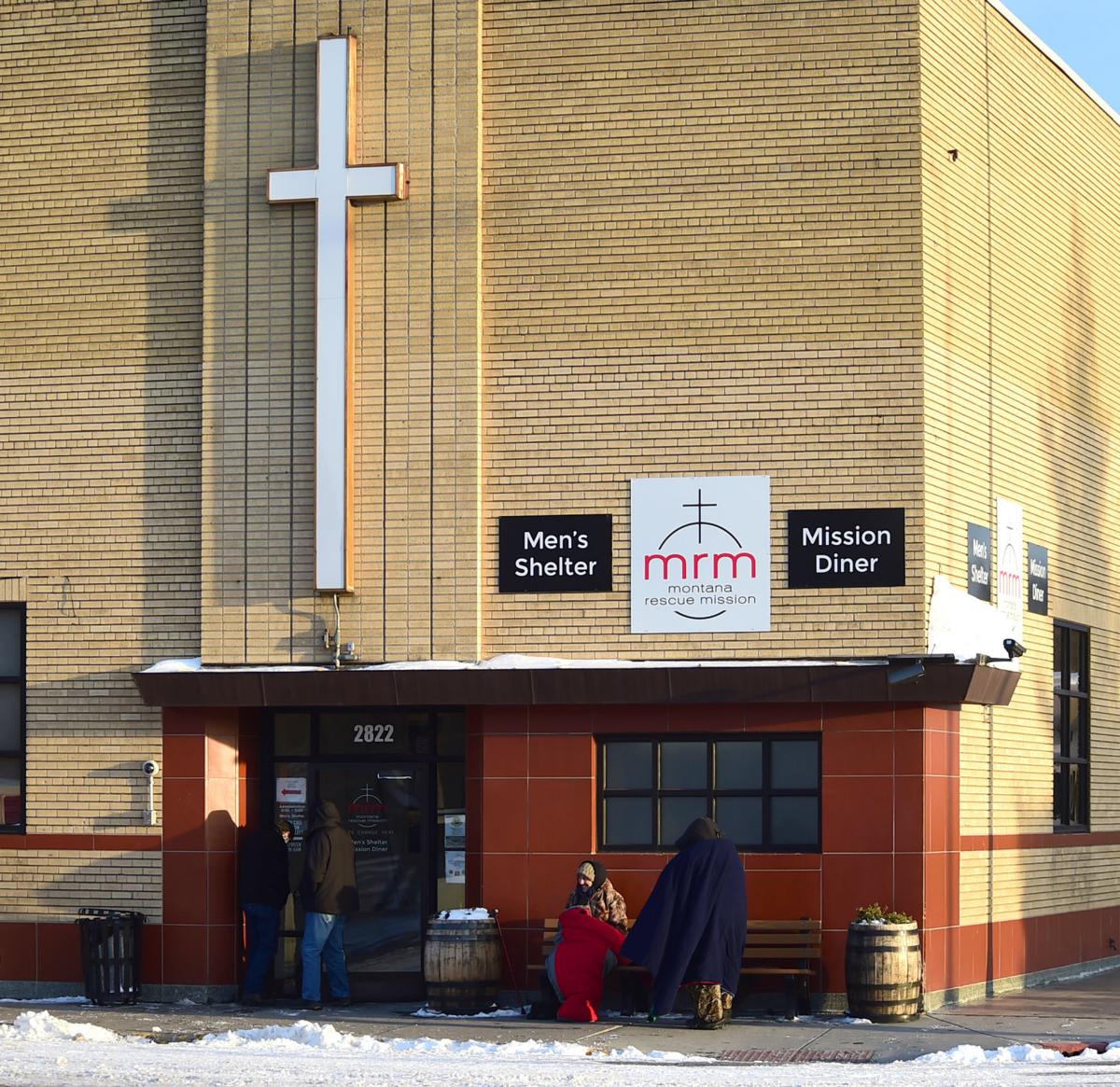