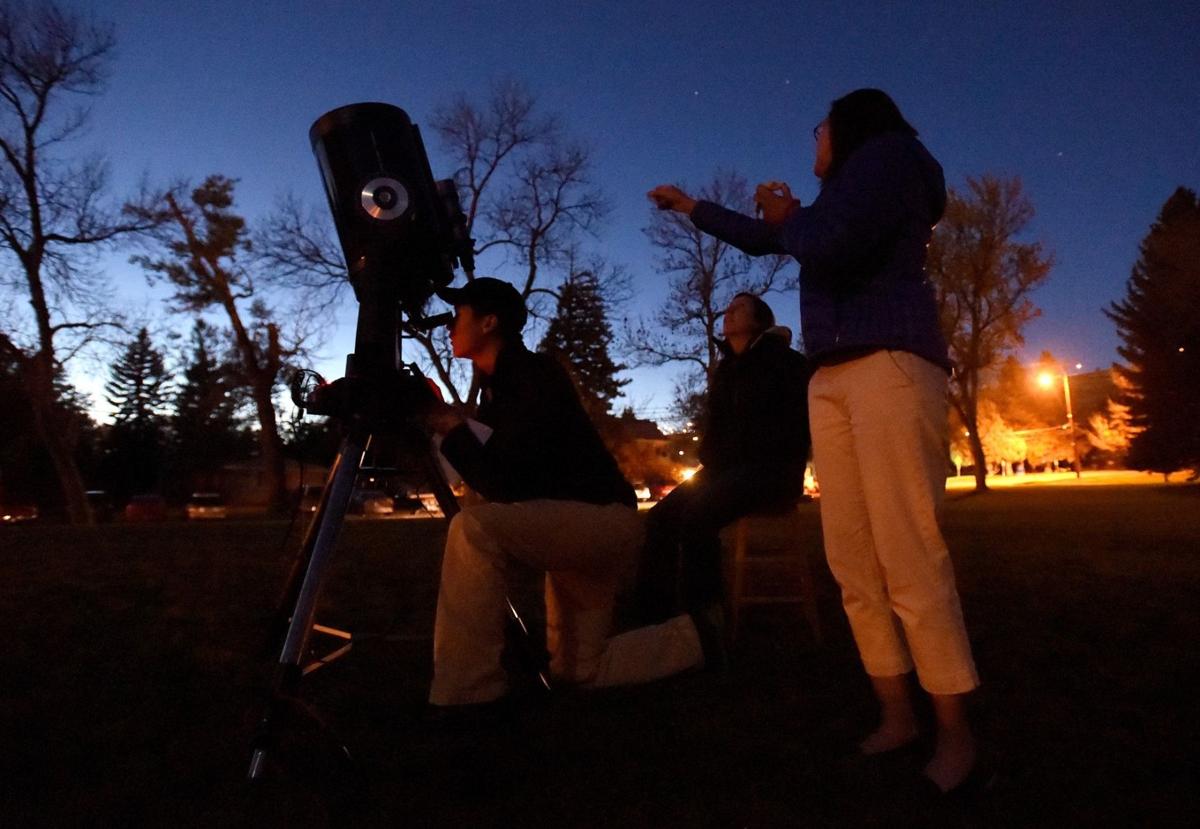 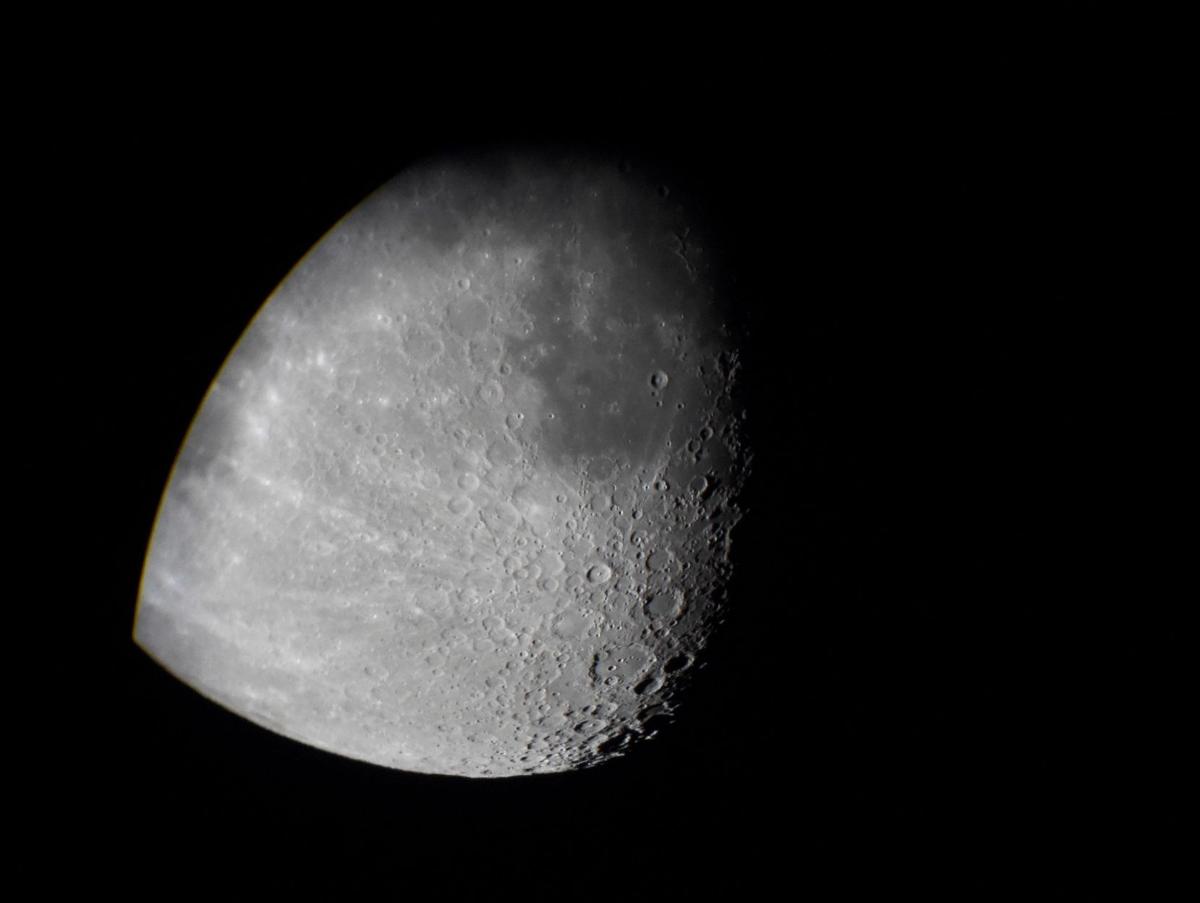 A view of the moon through a telescope Friday at MSUB. 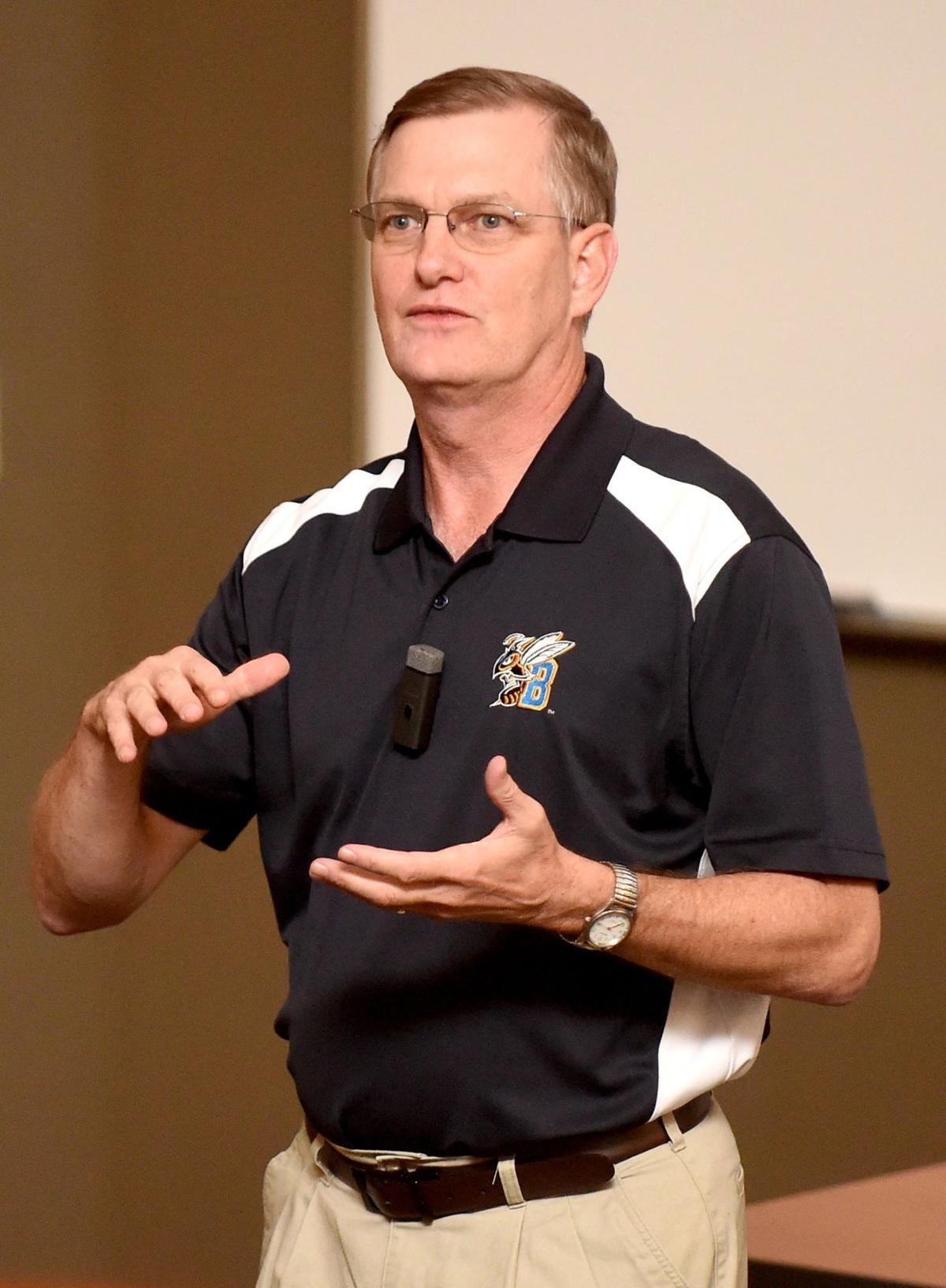 MSUB Chancellor Dr. Mark Nook presents facts and history about the constellations in the night sky on campus Thursday night.

Beneath clear skies, visitors to Montana State University Billings got a closer view of the universe.

It was an event organized by senior math student Alex Shin and faculty members.

"It's a great idea," Shin said. "We want to have more events to show the community."

They set up two telescopes on a dark campus lawn. The instruments were programmed with reams of data so that after they're oriented, the user can just punch in a certain celestial body and the telescope moves to point to it.

Inside the nearby building, Nook gave lectures about the things visitors might see as they peer through the telescopes. At this time of year, they focused on the Albiero double star, the colorful Ring Nebula and the Andromeda Galaxy, which is the Milky Way's nearest neighbor.

Nook said that he was excited to give the lectures after Shin worked to put on the astronomy event. He's well-researched on the subject and holds a master's degree in astrophysics, as well as a Ph.D. in astronomy.

And while most of the action focused on stars, galaxies and the like, a man-made object made an appearance early into the event.

At about 7:20 p.m. Thursday, the International Space Station made its way across the sky. Stuart Snyder, a physics professor, spotted the bright object as it passed silently overhead. Necks craned and faces pointed upward, and Snyder suggested that the station crew members might be doing some sight-seeing of their own.

"And if they're looking out their window, they can probably see the Billings lights," Snyder said.

The 15-year-old boy accused of striking a police officer with his car in February and breaking the officer's leg has pleaded guilty.

Montana reported another 569 COVID-19 cases Monday morning in an update to the state's case mapping and information website.

A view of the moon through a telescope Friday at MSUB.

MSUB Chancellor Dr. Mark Nook presents facts and history about the constellations in the night sky on campus Thursday night.