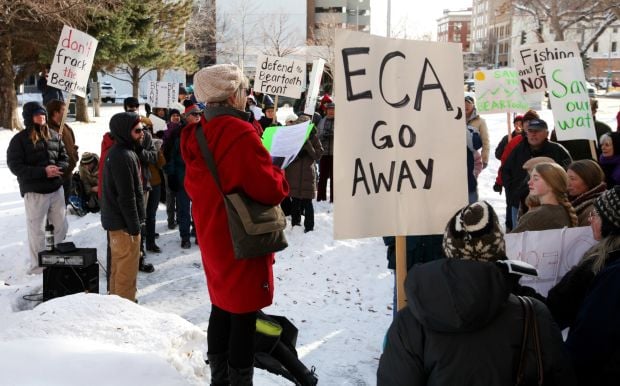 Deb Muth of the Carbon County Resource Council speaks at a rally in December to protest oil drilling and possible fracking along the Beartooth Front. Muth and others filed suit seeking a District Court order to force a public hearing on the proposal. 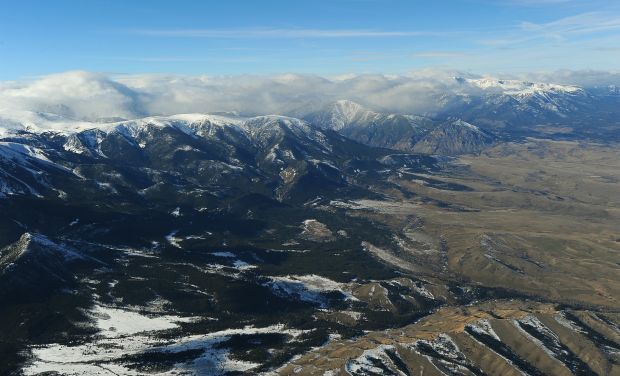 Deb Muth of the Carbon County Resource Council speaks at a rally in December to protest oil drilling and possible fracking along the Beartooth Front. Muth and others filed suit seeking a District Court order to force a public hearing on the proposal.

Conservation groups that have lined up against oil extraction along southern Montana's Beartooth mountains sued a state oversight board on Wednesday after it approved an initial drilling permit without a public hearing.

The groups' attorney claims the state Board of Oil and Gas Conservation violated public participation requirements when it canceled a scheduled public hearing on the permit last month due to a technicality.

Board of Oil and Gas administrator Tom Richmond said he had not yet been served with a copy of the lawsuit and could not comment until it's been reviewed.

Opponents to the oil well drilling permit were scheduled to testify during a formal board hearing Dec. 10.

But the hearing was cancelled after the board’s attorney said that Carbon County Resource Council members had failed to file the final document, a “service list.”

Council members had hand-delivered, mailed and faxed notices of their protest weeks in advance of the hearing, but forgot to provide an official list of the parties they had served.

So, their board hearing was canceled and the permit was granted by the board's administrator.

“It’s a shame that if we want the right to speak about this proposed oil well permit in the Belfry area, we are forced to sue the BOGC,” said Deb Muth of Red Lodge, who is chairwoman of the Carbon County Resource Council. “When people have to go to court just to have the right to speak, the system is very broken.”

Even though the hearing was cancelled, 17 members of the CCRC and the Northern Plains Resource Council of Billings, spoke against the project during the December board meeting. But their comments had no legal standing.

Energy Corporation of America of Denver this spring plans to drill a horizontal well, perhaps using hydraulic fracking, three miles east of Belfry. The company refused to waive the technicality of a missing "service list" and let the hearing proceed, Muth said.

The oil-and-gas board held the resource councils to every technical rule, but gave Energy Corporation a pass, she said. The company listed a starting date on the well that was one year off, but the board ignored that, she said.

“If the BOGC is going to be perfectionist then it needs to require the same standard of the industry that it does of ordinary citizens,” Muth said. “BOGC should render this permit invalid until it allows the public to testify.”

Because there was no hearing on the Belfry permit, the board ordered no additional conditions or landowner protections. Potential pollution to irrigation water was one major concern of Belfry-area landowners speaking at the December hearing.