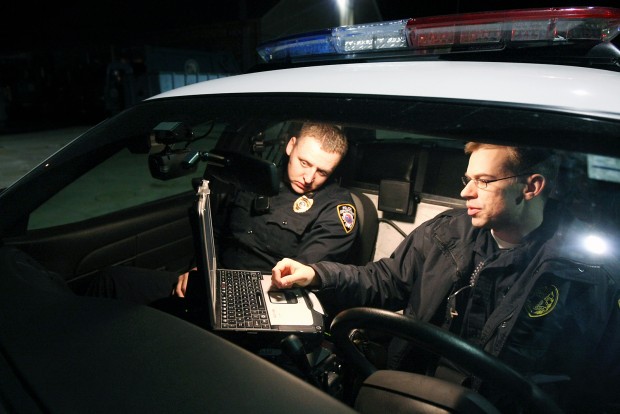 Training Officer Bret Becker waits for Joseph Dickerson to start up the computer system in their patrol car before hitting the streets. 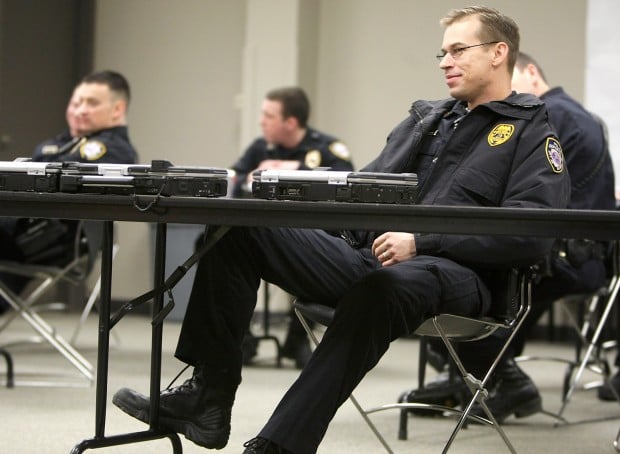 Dickerson sits through a briefing before the start of his night shift. 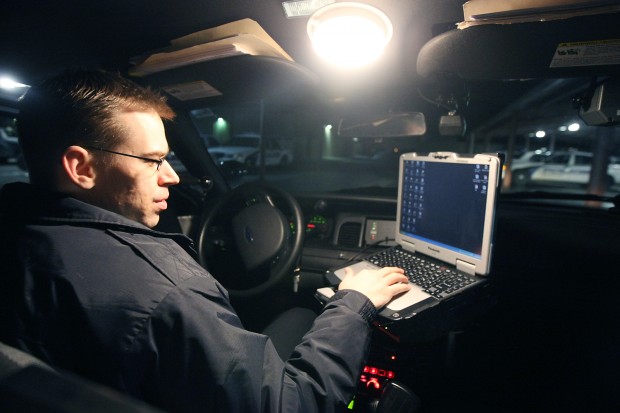 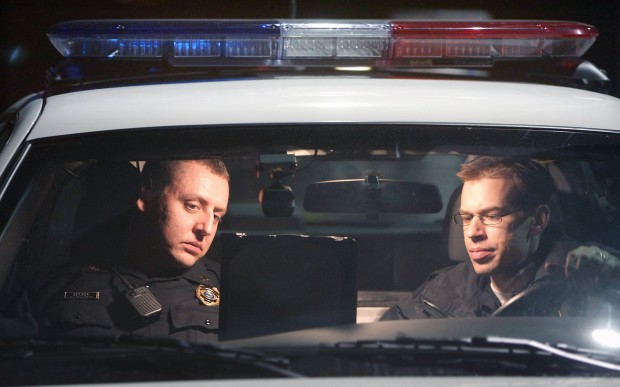 Training Officer Bret Becker waits for Joseph Dickerson to start up the computer in their patrol car before hitting the street. 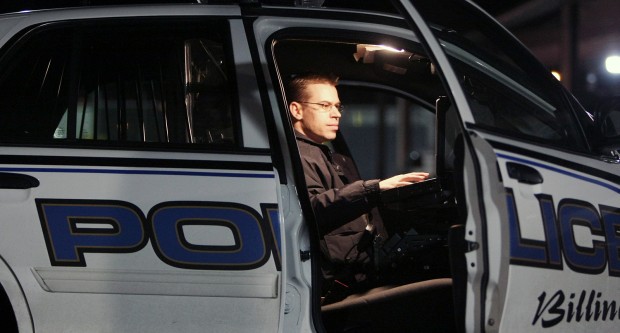 Joseph Dickerson gets his patrol car ready for the night shift. 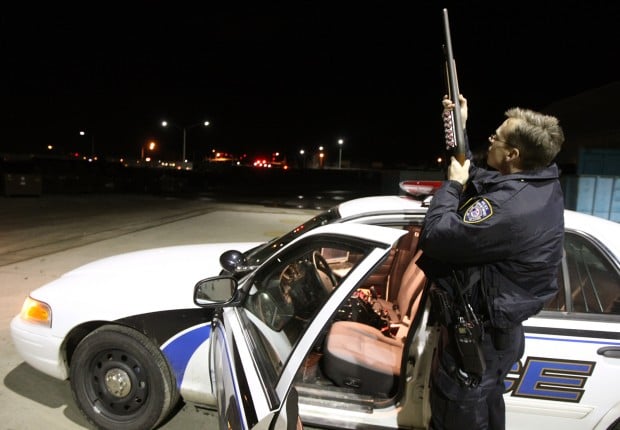 Training Officer Bret Becker waits for Joseph Dickerson to start up the computer system in their patrol car before hitting the streets.

Dickerson sits through a briefing before the start of his night shift.

Training Officer Bret Becker waits for Joseph Dickerson to start up the computer in their patrol car before hitting the street.

Joseph Dickerson gets his patrol car ready for the night shift.

Editor's note: What does it take to join the ranks of officers with the Billings Police Department? In an occasional series, Gazette reporter Chelsea Krotzer and photographer Paul Ruhter chronicle one recruit's journey through the hiring process, police academy and probation period.

Officer Joseph Dickerson shines a flashlight onto the backseat of patrol car No. 1478, his ride for the night. It's part of the usual routine as he starts his second week on the night shift.

He finds a tube of Chapstick on the floor. The question is, to whom does it belong?

“You want to risk it?” Dickerson says back to him.

Officers check the cars inside and out at the start of each shift to make sure no one left anything behind.

After further inspection, Becker tosses the Chapstick in the trash. Better safe than sorry.

After checking the emergency lights, the shotgun and filling up the gas tank, the two officers drive off to tackle whatever Billings can throw at them.

He felt under the weather during the last week of academy training in Helena and did his best to hide it during his graduation ceremonies in December.

In the end, Dickerson spent his first week of on-the-job training taking sick leave for a brief illness. The problem was, he didn't have enough leave to cover the lost time.

His colleagues came to his aid. Chief Rich St. John donated some of his own time to the rookie officer.

“If someone is in need, people donate and help them out,” said Sgt. Kevin Iffland. “If I wanted to volunteer, someone needed time, I would fill out a time sheet of what I'd like to donate.”

Iffland said it's part of a citywide policy. The donated hours are used in chronological order until the officer no longer needs them.

Dickerson was short two sick days for his illness and reported back for week two after missing orientation, where officers are introduced to the department's policies and procedures.

“Right now I'm just struggling to keep up,” Dickerson said as he started his shift.

He's gotten plenty of help along the way.

Officers who graduate from the academy spend 14 weeks with field training officers patrolling the streets. The Billings Police Department has 33 officers trained to instruct other officers.

Each time a new recruit joins the force, one of the 33 FTOs volunteers to be a part of training.

“It's been a good eye-opening experience,” Dickerson said. “There's a lot of information real quick — you really hit the ground running.

“Everything you do is graded, so it's pretty intense, and it's hard to know what to expect after not being through it before.”

The last two of the 14 weeks are spent with the first field training officer in plainclothes. Their only job at that point is to observe what the officer has learned.

It's the make-or-break moment for the officers, but any issues should have been taken care of well before the final two weeks of training.

“Any remedial training that takes place should be during the first three phases,” said Field Training Officer Del Kuntz. “It's time to show your stuff.”

Kuntz trained Dickerson during his first phase. Each day, Dickerson and two other new officers are rated on 24 different categories ranging from driving and control-of-conflict skills to attitude and general appearance.

Officers are rated on a scale of 1 to 7, 7 being the highest rating. While they are able to fluctuate throughout the first 12 weeks of training, the officers must score at least a 4 in all categories during the final two-week observation period to pass.

It's rare, but some officers have been cut during the final stages of training.

“We give everybody the opportunity to succeed,” Kuntz said. “We get candidates that we think should be a good fit, but we've had officers realize this isn't for them, not what they thought it was or maybe they aren't meant for our department.”

With all the time invested into each candidate, the hope is they successfully complete the training.

“With all the testing, we tell them you have everything you need to succeed here, you belong here,” Kuntz said. “After that, it's up to them.”

Taking it to the street

Dickerson immediately noticed the difference being on the street and away from the protection of the Montana Law Enforcement Academy.

“In the academy, you could do whatever you want,” Dickerson said. “Out here you can't. There is a lot more responsiblity.”

He spent his first four weeks on day shift, is on nights now and will finish out his training on the afternoon shift. Iffland said the goal is to have the officers try each shift during training.

The calls vary from shift to shift, Dickerson said.

“On days you find a lot of cars that have gotten broken into — a lot of cold calls,” he said. “The night shift is more active, things happening right now, and is more high paced.”

After the FTO training process is complete, the new officers spend the rest of their first year of the job on probation.

Dickerson is looking forward to finding out what shift he gets to work. Iffland said that will be up in the air until the end of training.

“We basically put them where we need them,” Iffland said.

Graduate of police training ready to hit the streets

Editor's note: What does it take to join the ranks of officers with the Billings Police Department? In an occasional series, Gazette reporter Chelsea Krotzer and photographer Paul Ruhter will chronicle one recruit's journey through the hiring process, police academy and probation period over the next several months.