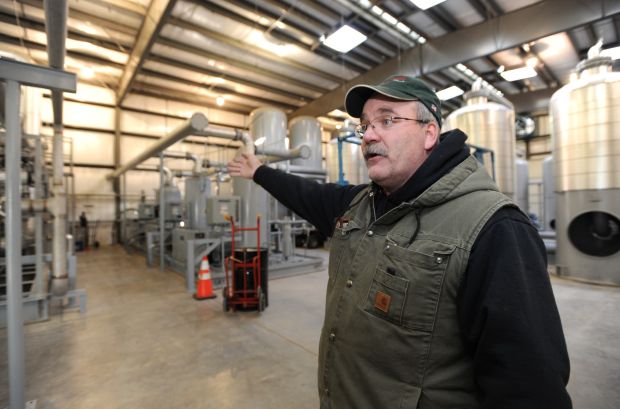 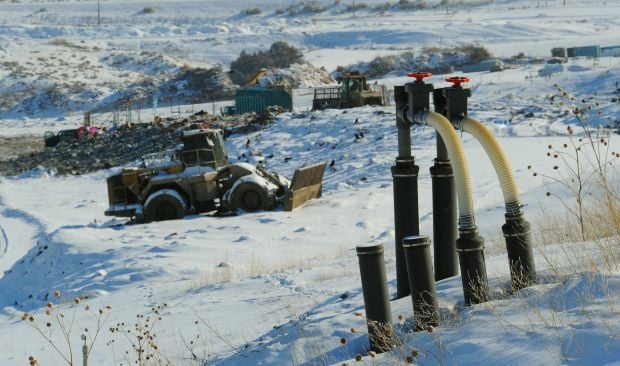 Garbage trucks unload their cargo as natural gas from decomposing trash is produced and sold from the Billings landfill by Montana Dakota Utilities in this 2014 file photo. 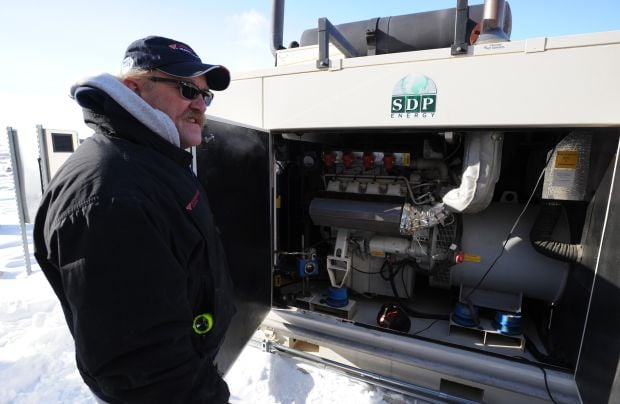 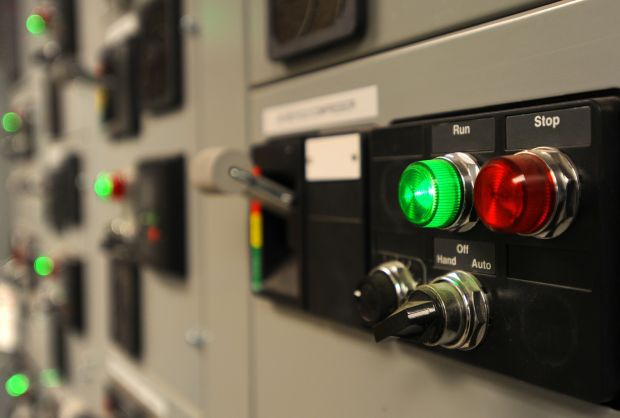 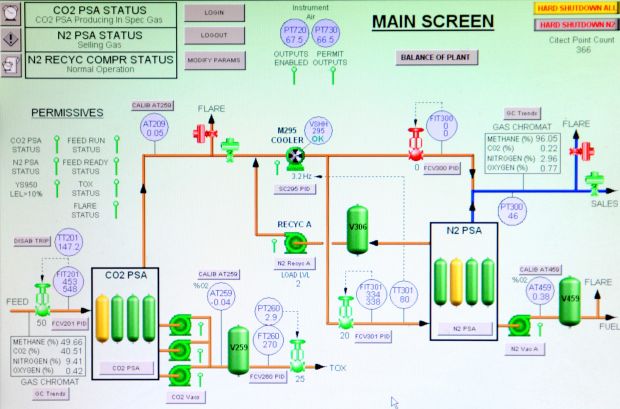 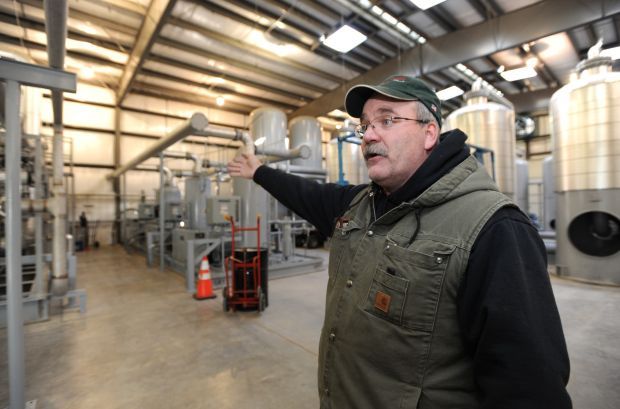 Plans are in the works at the Billings Regional Landfill to collect enough natural gas from decomposing trash to heat 2,100 homes and power trucks hauling garbage.

The anaerobic bacteria emit the gas as the microbes chew through organic matter, such as grass clippings, food scraps wood and paper.

The gas is refined and cleaned at a facility on the back side of the landfill.

By spring, Montana Dakota Utilities hopes to add two new collectors into newer, active areas of the landfill, which could increase production by 50 percent.

“We’re waiting for a response from Montana DEQ to install more horizontal collectors,” said David Hood, MDU gas superintendent. “As soon as we get approval, and we think we will, it will be a good year for MDU.”

The horizontal collectors are composed of a 500-foot-long permeable steel main pipeline, with a series of 350 foot tentacles attached along the length of the main pipe. The arrangement forms a collection grid in the trash.

“They’re going to vary a little bit, but they’re about 1,500 feet of collection in each area,” Hood said.

Two other horizontal collectors were installed in the active cells in 2012.

The culverts have to be buried under 14 feet of trash before viable gas can be extracted, which takes about 10 months to a year.

The most gas is created in the first 10 years after trash is deposited, so adding horizontal collectors as garbage hits the pile maximizes the amount harvested.

About half of the gas coming off the mixture is methane. More than 80 percent can be isolated from other gases. The rest is flared or used to power a large on-site generator intended to offset electricity costs associated with plant operation.

The gas leaving the plant is sent directly to homes and businesses in MDU pipelines throughout Billings.

“We are producing 9,000 decatherms a month, and putting it into our distribution” said Mark Hanson, a spokesperson for MDU.

An average home uses roughly 70 decatherms or 70,000 cubic feet of natural gas in a year.

The figure could increase to 15,000 decatherms once the new lines are operational.

In a 40-year agreement between the MDU and the City of Billings, 15 percent of the profits from the sale of gas goes to the city.

By spring, a side-loading and a front-loading garbage truck powered by compressed natural gas bought out of the city’s 15 percent will hit the streets in Billings.

The trucks went out for bid on Feb. 11, and bidding will close on the 24th.

“We’re just going to get two to try out,” said Vester Wilson, the city’s Solid Waste superintendent. “We want to see how they run, and what their costs are.”

After a year of service, if the vehicles perform comparably to their diesel counterparts, the department will begin integrating more CNG vehicles into the fleet.

“As we replace vehicles, we’ll replace them with CNG vehicles,” Wilson said. “We could have our whole fleet completely turned over in eight years to CNG.”

A successful transition to trash collection with CNG-powered vehicles would be a first for Montana, Wilson said.

Capturing methane at landfill a prosperous venture for Billings

Turning methane into natural gas at the Billings landfill will probably remain a profitable proposition for Billings, the Billings City Counci…

Turning trash into gas at the Billings landfill

Garbage trucks unload their cargo as natural gas from decomposing trash is produced and sold from the Billings landfill by Montana Dakota Utilities in this 2014 file photo.