As painful as the process may be, it's a welcome challenge, said airport director Kevin Ploehn. This project has been a long time coming.

One of the last major remodels of the Billings airport was right after the Sept. 11, 2001, terror attacks, when airports all over the country were required to completely redraw their security operations and funnel down every possible way onto the flight concourses to one entrance.

In Billings, that meant shutting down the grand staircase that used to take visitors and passengers from the main entrance straight up to their gates. A security check point was built just to the left of ticket counters on the ground floor and only ticketed passengers could pass though, riding an escalator to get up to the concourse.

As a result, most of the places to get food and supplies, and the majority of the building's bathrooms, ended up on the pre-security side of the airport, inaccessible to passengers who had already passed through security and were waiting for their flights.

In fact, according to the consultants hired by the airport to help envision its redesign, "Compared to most airports, you're ass-backwards," Ploehn said, paraphrasing the consultants' report.

Starting next month, the Billings airport begins phase one of a massive remodeling project that will expand its two concourses and increase the number of flight gates from five to eight. It will add a cafe, gift shop and bar, and include a wide-open "great room" with a wall of glass facing the runways, a fireplace and children's play area.

In 2012, the airport began working with consulting firms to identify the issues with the current airport and suggest changes and updates that would modernize the building.

The two concourses were small, the bathrooms were always busy, and until 2004 the only food or beverages for sale beyond the security gate were from a coffee cart. In 2004, the airport built the small deli that's there now.

The remodel will expand all of these services, increase the number of gates and add passenger amenities to the secure side of the airport. Visitors picking up or dropping off passengers are usually in and out of the airport pretty quickly, Ploehn said. It's the passengers waiting to fly who spend the most time there, and the plan is to make them as comfortable as possible with the services being added and expanded through the remodel.

The challenge will be keeping the airport operational while whole sections of the building are closed for construction.

"It's been a big part of our planning," Ploehn said.

When work begins in September, crews will be creating space in the airport to accommodate the larger construction projects that will begin next year. Most noticeably, workers will demolish the concourse deli, which will then become the temporary home of the gift shop. The deli will be moved to a location on Concourse B.

The major concourse work will start in the spring and continue for the next two years. Concourse A, which sits on the west side of the airport, will be shut down first as it gets expanded, moving Delta's gate to Concourse B. The move will mean all airlines that fly in and out of Billings will have to operate out of Concourse B.

"It'll be a little bit of challenge," Ploehn said.

A challenge because the concourse will have to accommodate more airlines than it has gates. To solve that problem, the airport will load some flights from the ground outside the concourse. To protect from wind and snow, crews will build heated tunnels through which passengers will board.

As part of the Concourse A expansion, construction crews will also build the airport's new security screening area, the new great room, a new restaurant, the bar and the children's play area.

By August 2021, work will shift to Concourse B on the east side of the airport, shifting all airlines into the newly remodeled Concourse A where staff again will juggle flights with available gates and load some passengers from the ground.

The entire project is scheduled to finish by March of 2023 and will be paid for through FAA grants, airport funds and revenue bonds.

The whole goal of the remodel is to expand the number of flights and airlines the airport can accommodate, and to give the airport a modern look and feel.

Part of that will include artwork from community artists and from the Yellowstone Art Museum. An airport commission has recently put together an art committee with members of the community to plan what art will be reflected in the new airport.

Bryan Knicely, director of the Yellowstone Art Museum, will be working with the committee and is encouraged by the opportunity to showcase the region's culture.

"Anytime I travel I see art in the airports," he said. "It's like a cultural calling card for (that) city."

Throughout the remodel and afterward when construction work is complete, travelers now will experience the same thing when they arrive in Billings.

"You'll see art and culture up there," Knicely said.

The majority of travel through the Billings airport is business related, although tourism-related travel is starting to climb. Earlier this year, the airport added Frontier Airlines as one of its regular low-cost carriers, and that's allowed more Billings residents to travel for recreation, Ploehn said.

Still, he anticipates business-centered travel to remain the airport's principal function. Which is why the remodel project is important, he said.

"We're a business community and we really need to look like we're in business," Ploehn said.

Travelers flying through Billings will no longer be forced to pay for wireless internet access at the airport, under a proposal expected to ge…

Nearly a million people arrived and departed from Billings Logan International Airport in 2018, breaking the previous record set in 2012.

Where in the world can you fly from Billings?

Bozeman remains the No. 1 busiest airport in Montana, but Missoula International caught and passed Billings Logan International this summer for the No. 2 spot for what's believed to be the first time.

Despite coming in 3rd for summer flights in Montana, Billings airport on track to set a record

Billings Logan International Airport, which is usually the second busiest in the state, saw its numbers eclipsed last month by Missoula's airp…

Bozeman Yellowstone International Airport saw more passengers than ever before in 2019 even as nearby Yellowstone National Park reported a dip in visitation.

The outbreak of COVID-19 brought passenger traffic at the Billings airport to a near standstill, ending two years of record growth.

National pilot shortage means fewer flights in and out of Billings

A national shortage of commercial pilots has left airlines running fewer flights, which has left Billings with fewer departures. Monthly, the Billings airport has on average 15,000 fewer seats available for flyers.

The number of travelers passing through the Billings airport is already higher this year than it was for the same period last year. Specifically, 90,864 travelers caught a flight between January to April of 2021. 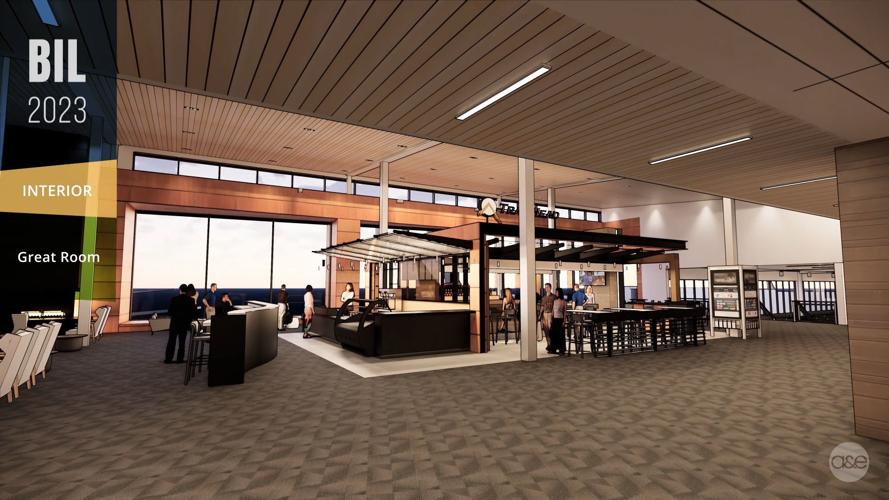 The expansion of the terminal at Billings Logan International Airport will include a new "Great Room" with concessions and additional seating for travelers. 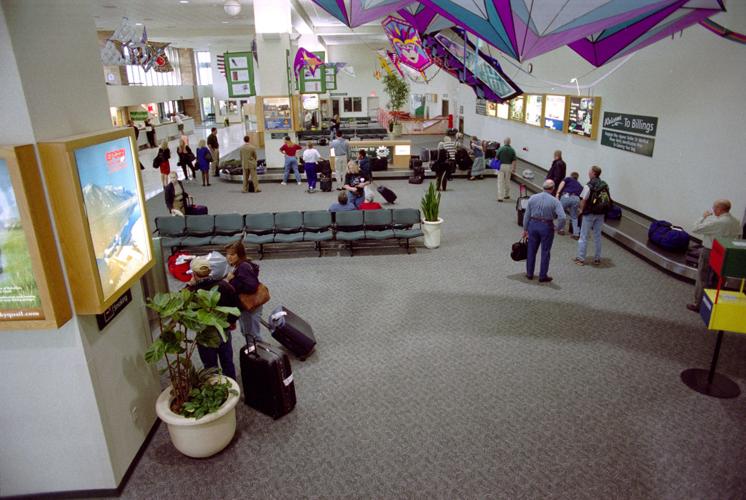 The baggage claim area at Billings Logan International Airport is seen on September 11, 2001. 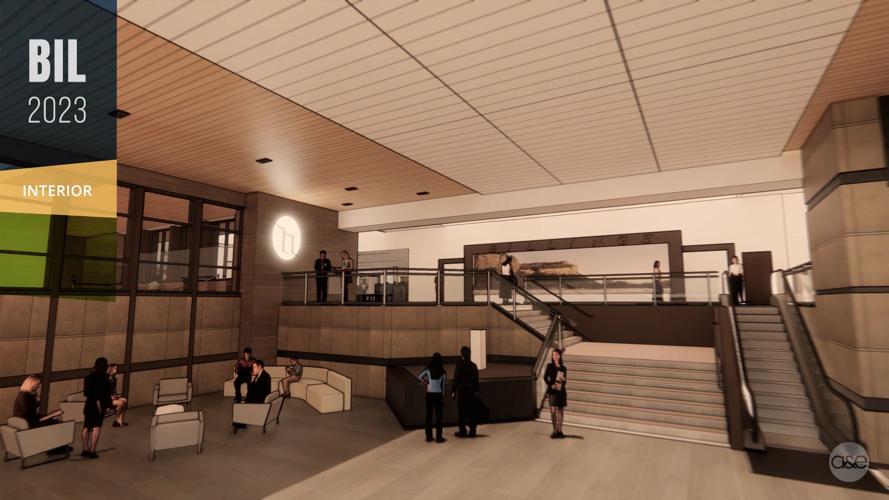 The interior of Billings Logan International Airport is expected to change drastically during expansion and remodeling. This digital rendering shows the planned look of the terminal interior. 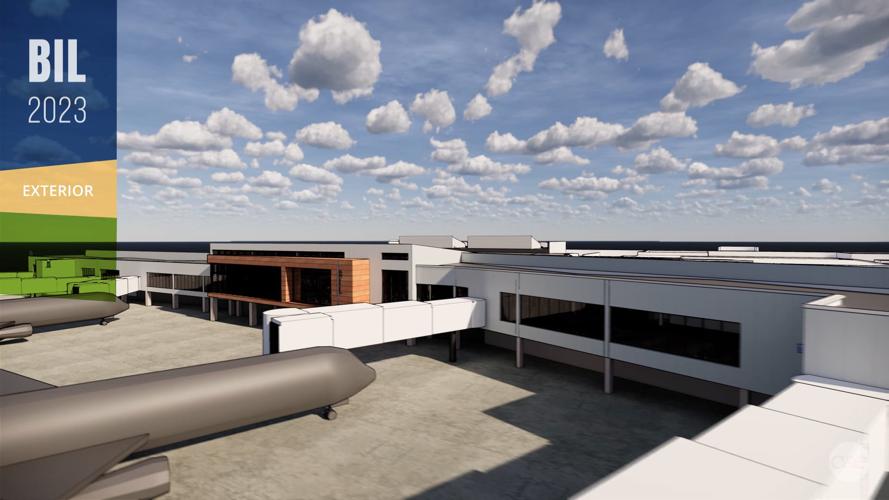 A digital rendering of the planned expansion of Billings Logan International Airport is shown. The expansion is expected to add multiple gates to the terminal. 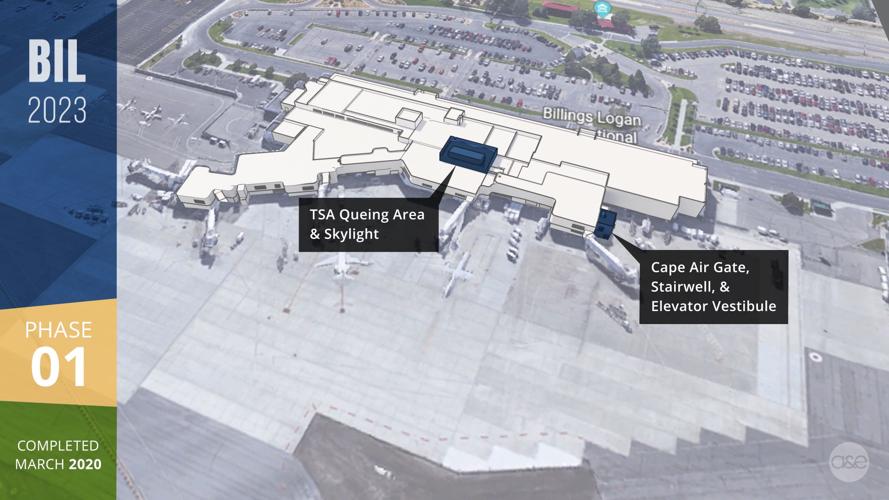 Phase 1 of expansion at Billings Logan International Airport will include a TSA queuing area, a skylight and a new Cape Air gate. It is expected to be completed in March 2020. 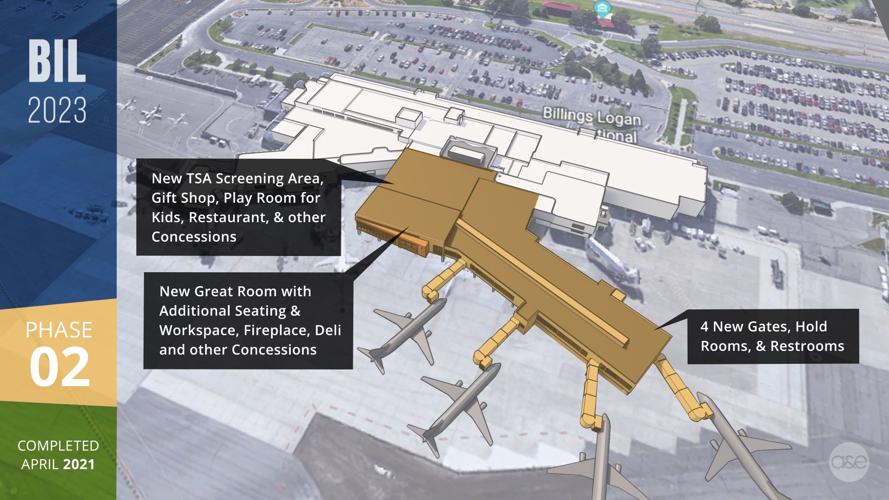 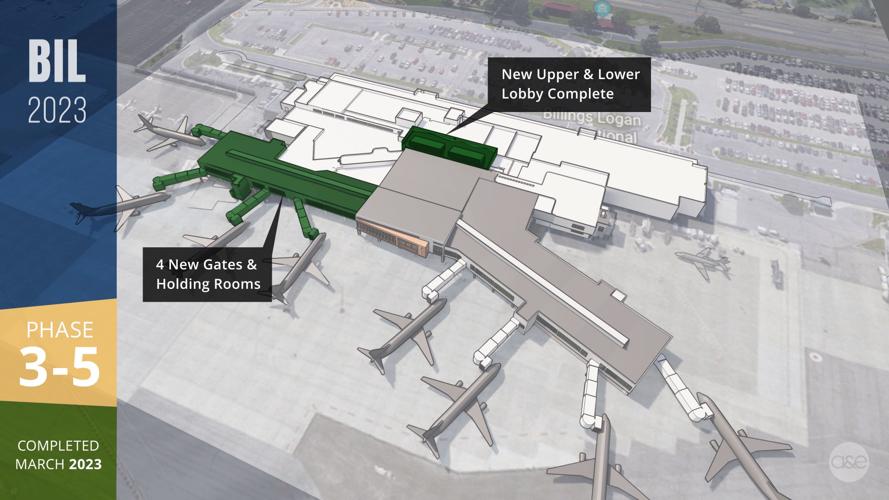 Phases 3-5 of expansion at Billings Logan International Airport are slated for completion by March 2023, with four new gates and remodeling of the lobby area. 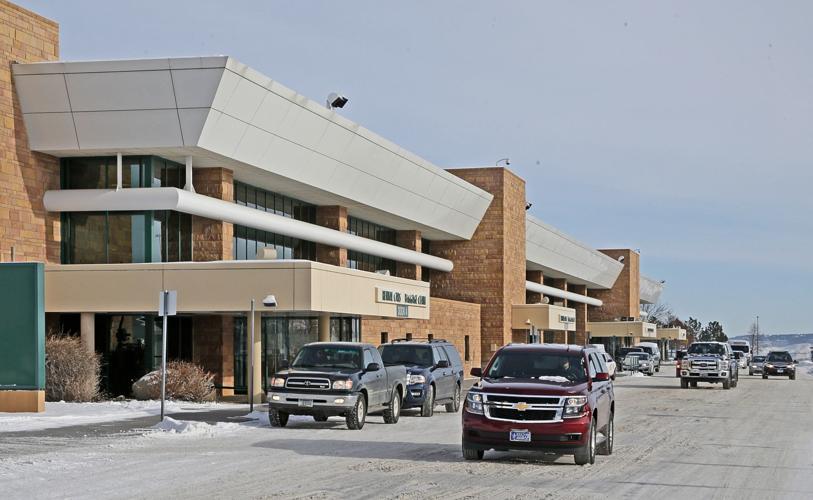