A week after someone left a stack of anti-gay pamphlets at a gay-friendly church in Billings, more messages appeared in and around the building, including swastikas and a hastily scrawled “No gays” on the sign board outside.

Grace United Methodist Church has been a vocal advocate of LGBT issues and rights, organizing support for the city's ultimately unsuccessful nondiscrimination ordinance and hosting gatherings.

Pastor Sarah Beck called the recent acts “unacceptable,” and said the congregation had been concerned, not just for the church but also for the people responsible.

“That is a sign of some seriously dark stuff,” she said. “We’re going to pray for those people.”

On Sunday, the church hosted a public forum to speak out the against anti-gay literature placed inside the church Jan. 25. The event also addressed last week’s graffiti spree that left swastikas, penises and profanity spray-painted on the outside of Lewis and Clark Middle School, Senior High School and homes and cars on the 10 block of Burlington Avenue.

Then on Thursday, as volunteers were tidying rooms, a volunteer discovered a swastika painted on the choir room door and more anti-gay literature pinned to a bulletin board inside the room.

Outside on a church sign that reads, “Open doors, open hearts,” someone had scribbled, “No gays,” said Angie Buckley, the church council president.

Beck, the pastor, said the timing of the second incident was discouraging.

“It’s certainly an attempt at intimidation,” she said. “But it’s not going to work. We’re not going to shrink away from being who we are in the community, as a congregation.”

The incident has been reported to the Billings Police Department and the FBI.

Beck has been pastor at the church for three and a half years and said in that time nothing like this has happened at Grace United.

Beck said that as a high school student in Illinois she had heard about Not In Our Town, a response by Billings residents after a rash of hate crimes in 1993. The movement gained national attention.

Billings is a place that knows how to react to hate messages, Beck said.

“We are determined to continue doing what we believe in and what God’s called us to do,” she said.

In an ongoing effort to determine who vandalized homes, vehicles and school property with spray-painted graffiti last week, the Billings Polic…

Commission to council: Help us stand against hate

After approving its consent agenda and three main items of business Monday, the Billings City Council got a surprise — a letter from the city’…

FARGO, N.D. — A North Dakota woman who admitted killing a pregnant neighbor and cutting the baby from the womb while the mother was still aliv…

BOZEMAN — Montana prosecutors say a man charged with killing his estranged wife last month brought his 15-year-old son with him.

Roderick Little Bear, the man shot by police in a confrontation outside the Lazy K-T Motel in October, is being held at the infirmary at Monta…

Teaching Arabic in Bozeman chips away at stereotypes

Nearly 25 years ago, Billings was rocked by a series of hate crimes targeting the Jewish community. In response to swastikas and smashed windo…

A Great Falls Catholic priest, who is an alumnus of Billings Central Catholic High School, is calling for a boycott of the private school syst…

John Pavlovitz calls himself a recovering “super Christian megachurch pastor man” he writes the popular blog “Stuff That Needs To Be Said.”

Japanese-American artist Michael Takeo Magruder’s connections to Billings have unfolded in a new artistic installation, one that weaves the hi…

The nation celebrated Billings' response to antisemitism 25 years ago, but the fight's not over

When residents across Billings hung printed images of the menorah in the windows in their homes, the community-wide a show of solidarity with the Jewish community pushed open displays of white nationalism and antisemitism in the town into the dark. "But it never really went away," said Rabbi Uri Barnea. "We know that the dark elements will always be with us." 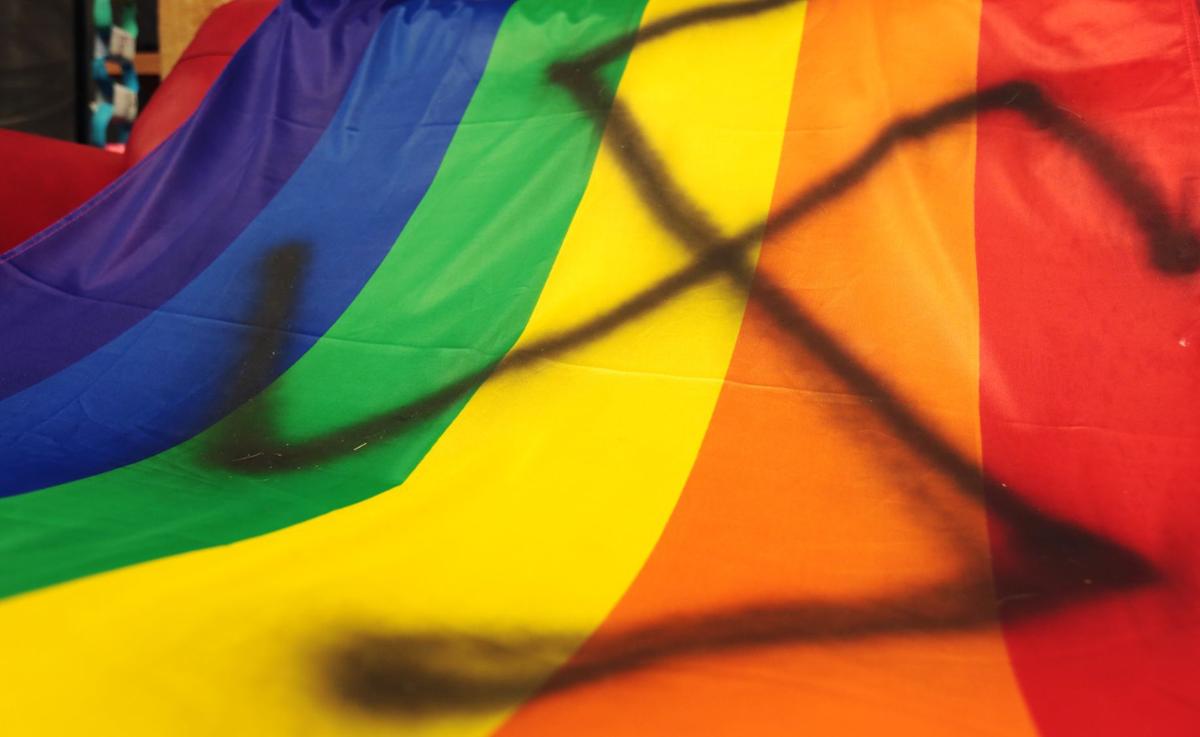 The flag hanging in the window of the Grace United Methodist Church was taken down after it was found vandalized with a swastika. 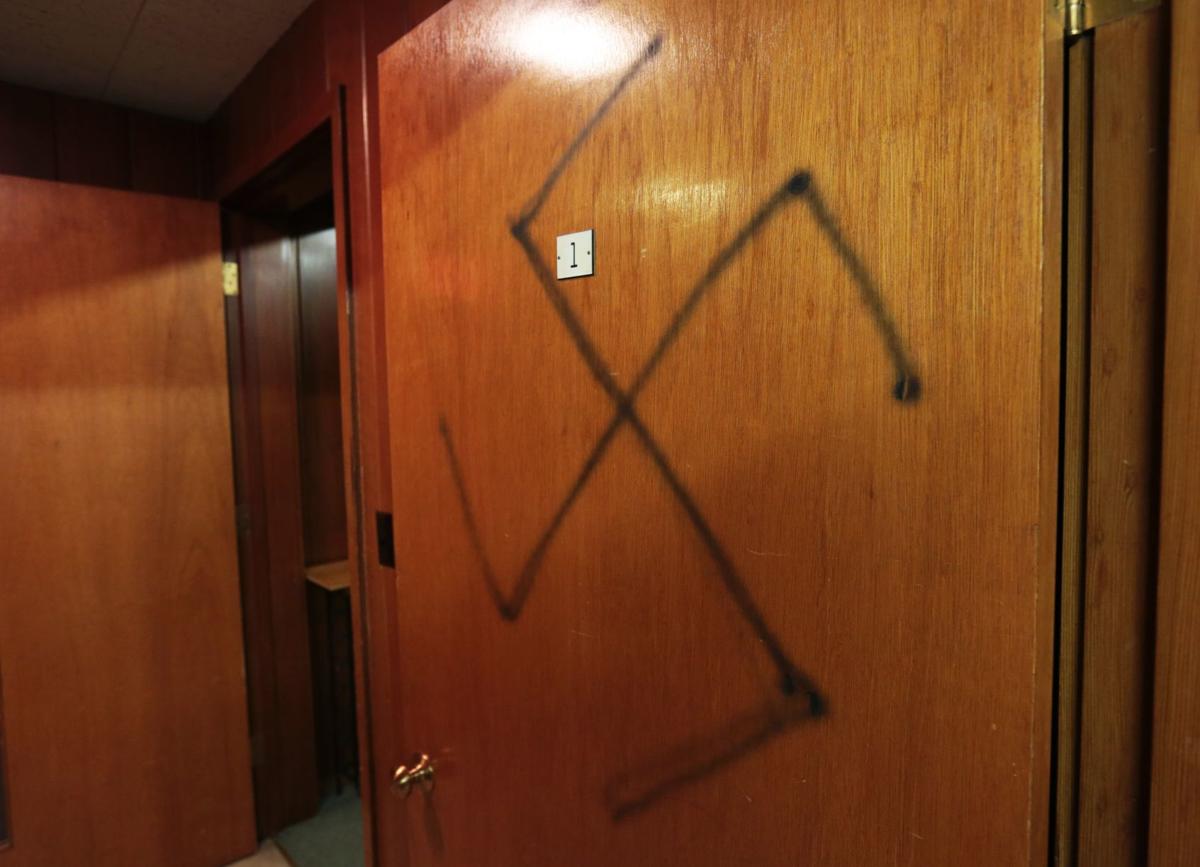 A door found vandalized at the Grace United Methodist Church in Billings. 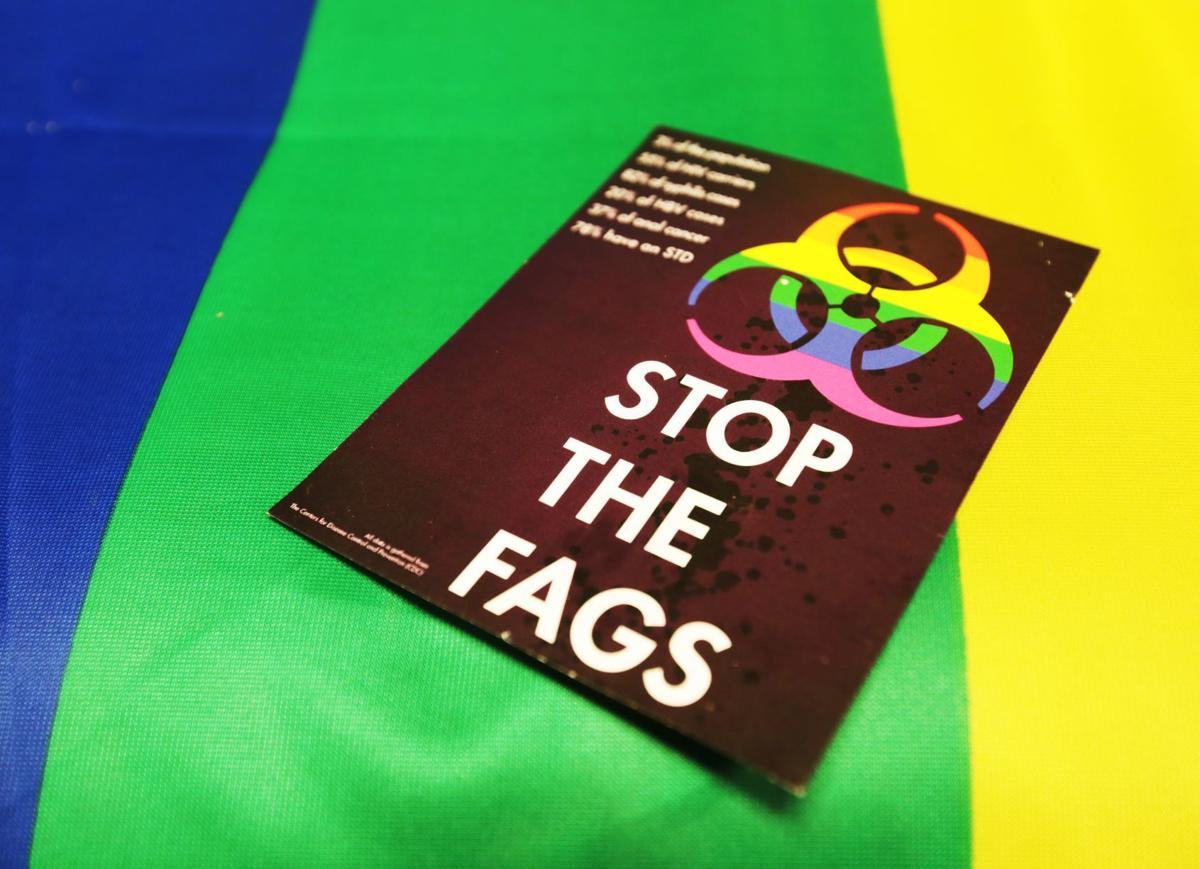 Pamphlets found at the Grace United Methodist Church in Billings. 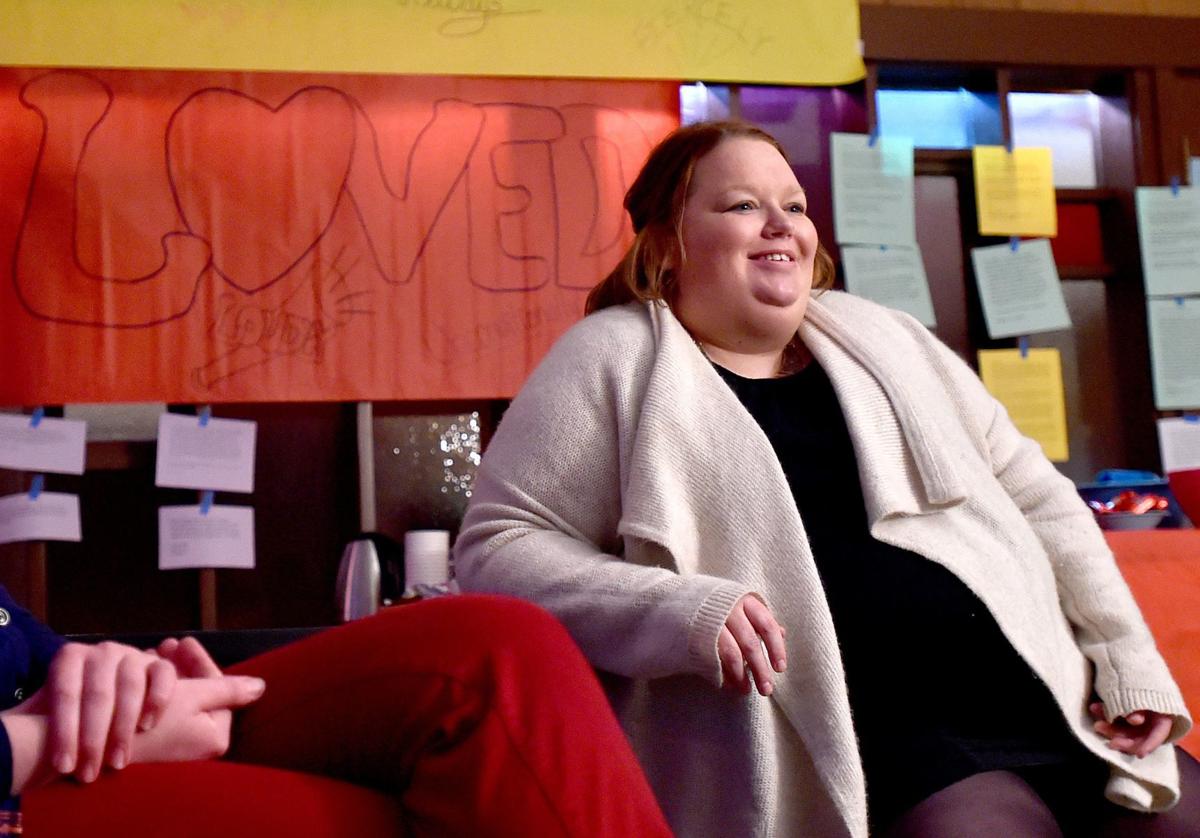