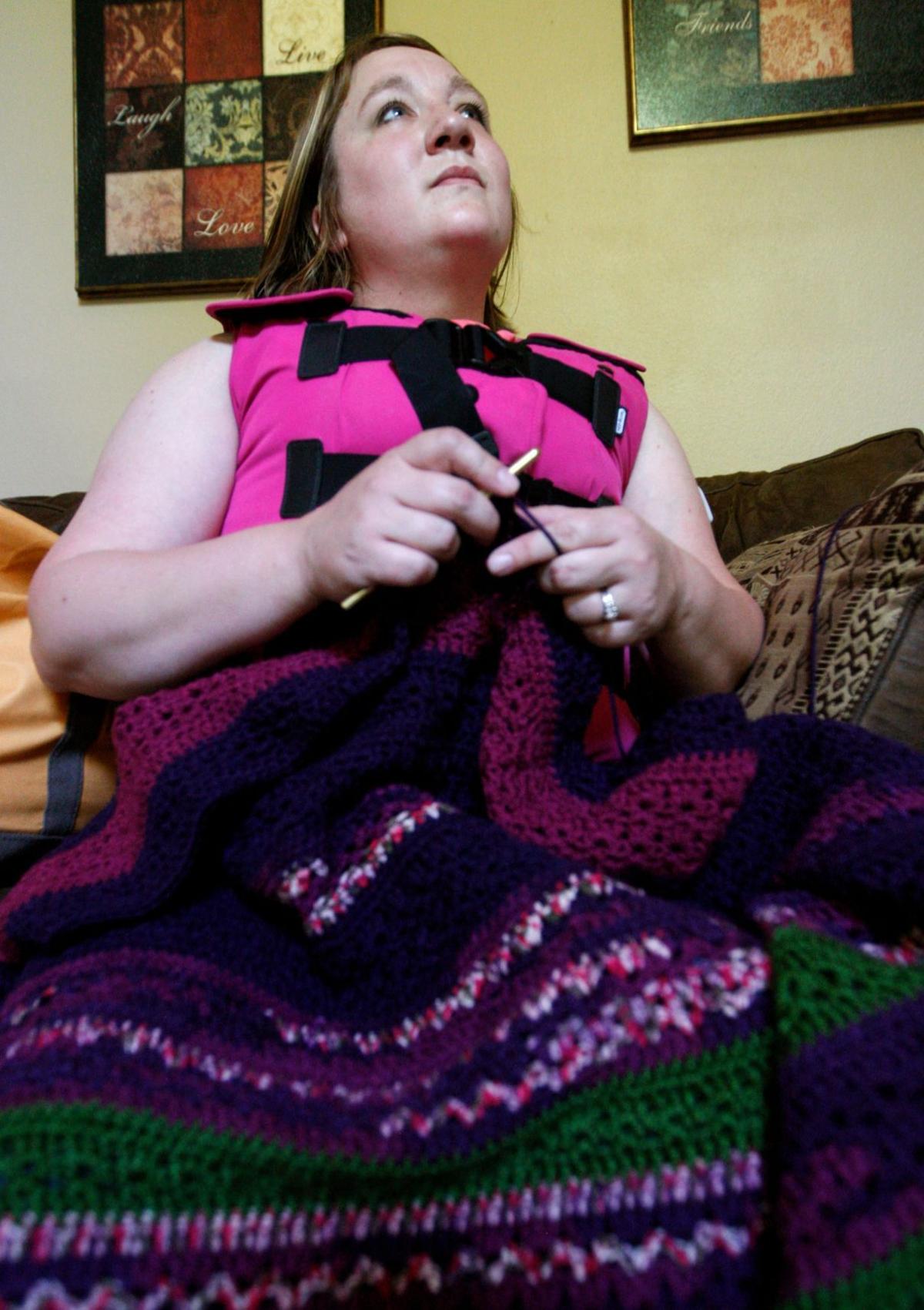 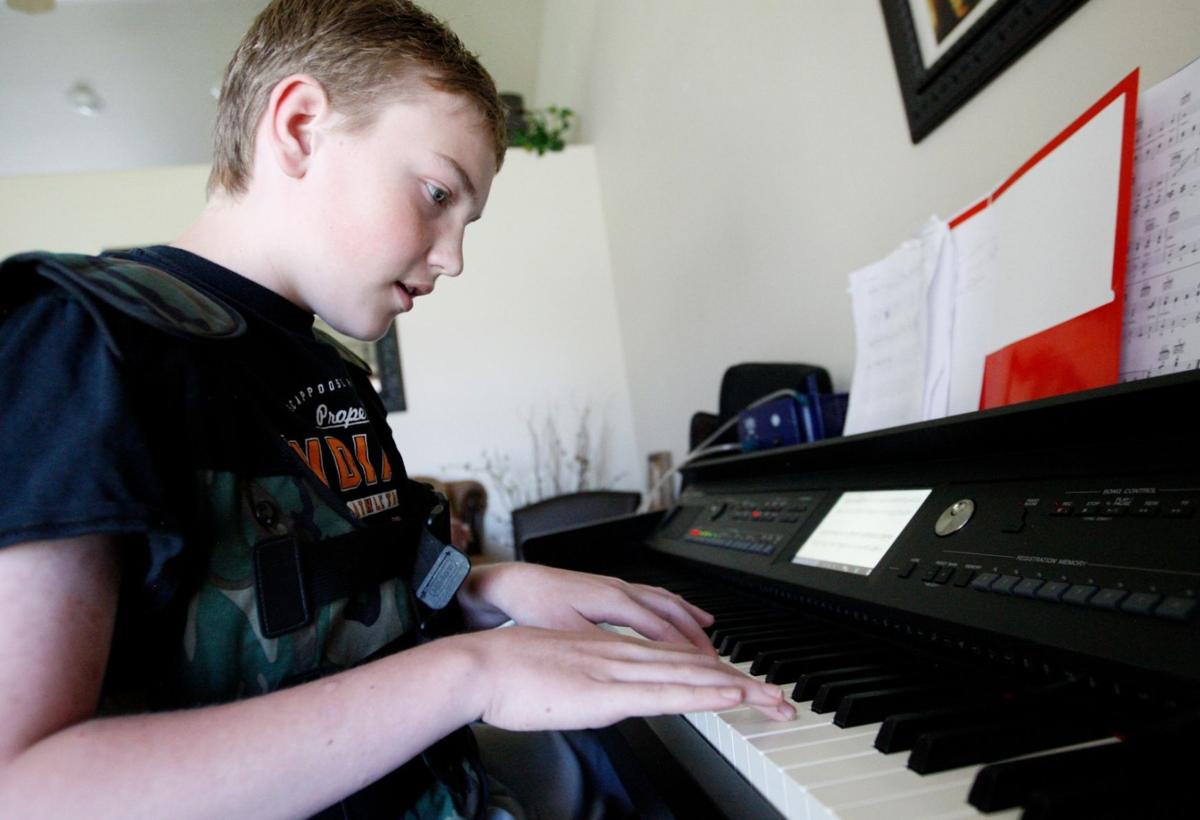 Alex Laas plays piano at his home in Billings. 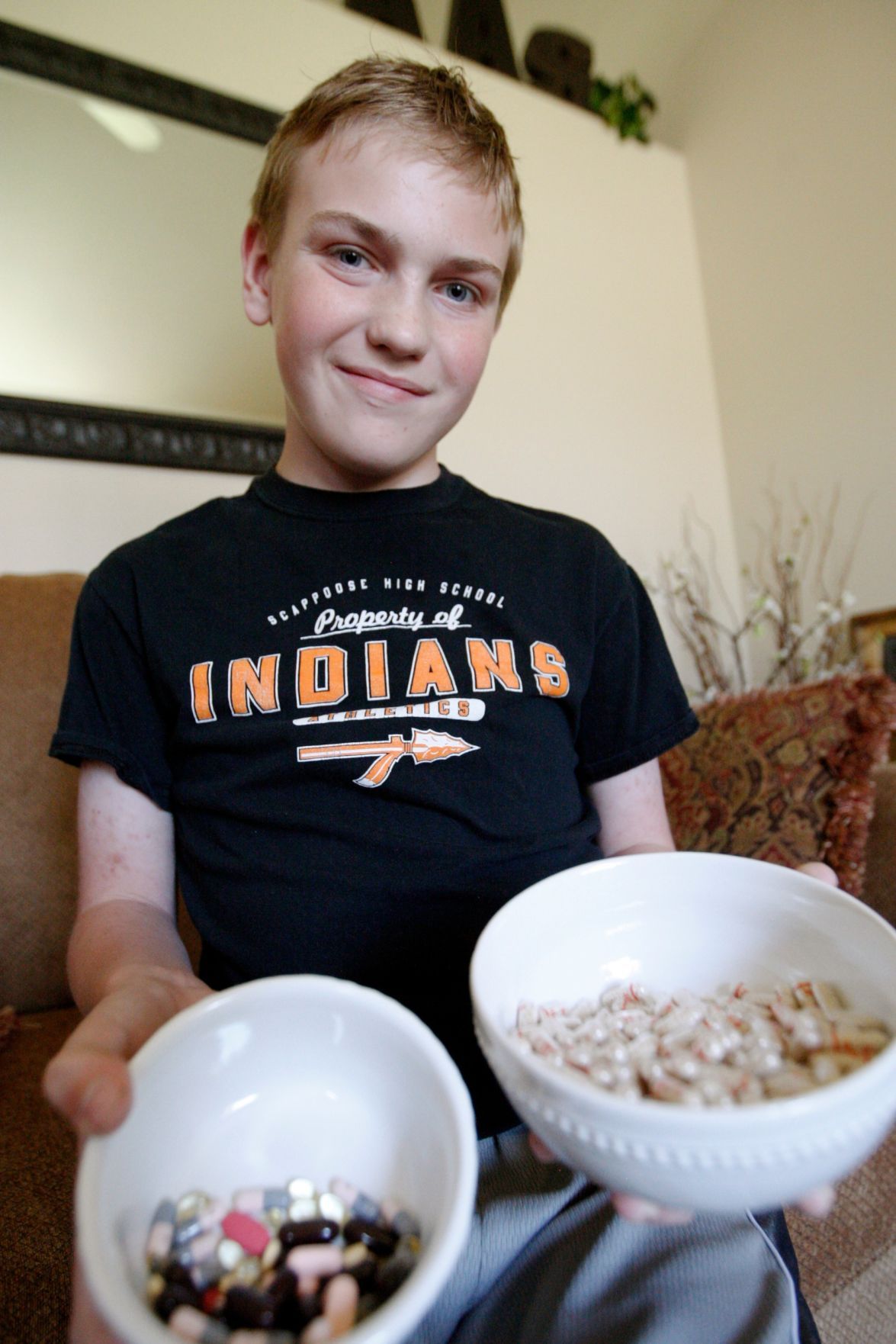 Alex Laas shows a week's worth of pills to treat his cystic fibrosis at his home in Billings. 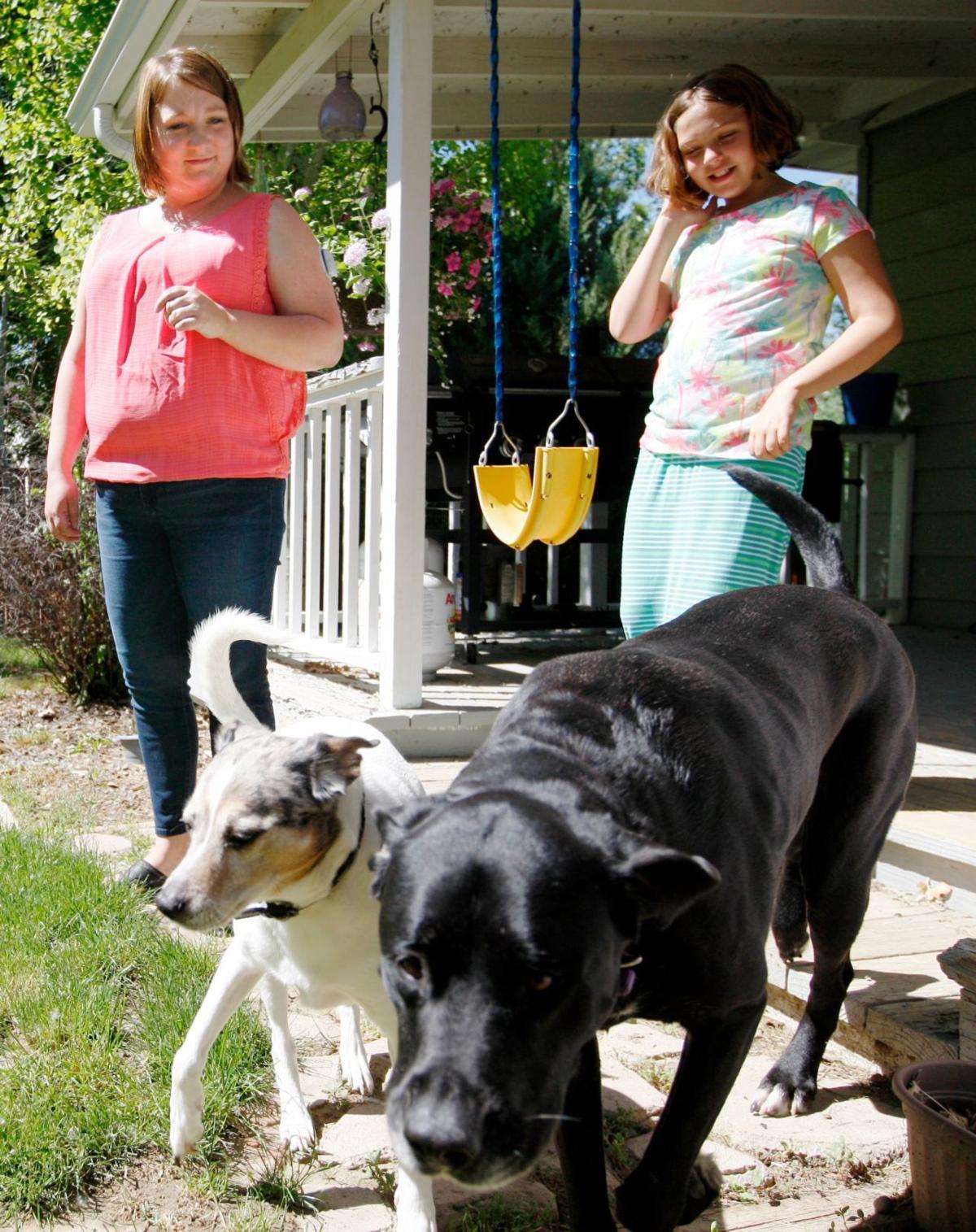 Laura Smith and her daughter Alyssa, 10, watch their dogs Marley, left, and Onyx in the back yard.

Alex Laas plays piano at his home in Billings.

Alex Laas shows a week's worth of pills to treat his cystic fibrosis at his home in Billings.

Laura Smith and her daughter Alyssa, 10, watch their dogs Marley, left, and Onyx in the back yard.

Alex Laas, 13, has lived with cystic fibrosis for his entire life.

The aspiring young screenwriter who’s already created a short film that aired at a Billings film festival last year attends school and chases his hobbies with aplomb, like any other boy his age.

And he hopes that people can understand a few things about him and the estimated 35,000 to 45,000 others in the United States diagnosed with cystic fibrosis, a lifelong disease with no cure.

“Just because I have cystic fibrosis doesn’t mean I’m a china doll,” he said. “And it’s not contagious.”

With that in mind, Alex and other area patients, loved ones and supporters are working to spread awareness of CF and raise money for the local Great Strides Walk, scheduled for June 27 at ZooMontana, for the Cystic Fibrosis Foundation, a national nonprofit that focuses on fighting the disease while supporting the people who live with it.

Cystic fibrosis is a fatal genetic disease that most prominently affects patients’ lungs and digestion. It is caused by a defective gene and a related protein that causes the body to produce abnormally thick and sticky mucous, according to the Cystic Fibrosis Foundation.

Among other things, it can cause the lungs to clog, result in lung infections and hamper the body’s processes of absorbing nutrients.

“It’s a lifelong disease that affects every organ in their body,” said Dr. Jerimiah Lysinger, a pediatric pulmonologist with Billings Clinic’s cystic fibrosis clinic. “Early in their lives, we really have to push nutrition, and later in life we see more issues with their lungs, but we see abnormalities right from the get-go.”

He said CF patients live to a median age of 37, but that the mean is closer to 27, with pulmonary failure the most common cause of death.

Laura Smith is a 33-year-old wife and mother and was diagnosed with CF when she was 7 months old. She said that she’s watched the treatment change significantly in her years of living with the disease.

Like Alex and thousands of other patients, she undergoes a vigorous and strict daily treatment routine that can take hours.

Twice a day, for at least 20 minutes each time, she practices airway clearance techniques to loosen the thick mucous that forms in her lungs. In Smith’s case, that means wearing an inflatable vest that attaches to a machine and vibrates at a high frequency.

She also takes about a half-dozen pills three times a day to help with digestion and nutrient absorption.

“It’s an everyday thing,” she said. “With that I try to live as normal a life as I can.”

“The time commitment, especially as an adult, is a great challenge for these patients,” she said. “They’re trying to balance living with this disease with living a normal life. They’re working to fit two to three hours of therapy into a daily schedule.”

When Smith was a child growing up in Butte, she had to travel to Idaho Falls, Idaho, for treatment every six months and wasn’t set up with a daily routine. Doctors told her parents she’d only live to around 14, and she said she can count on her fingers the number of times she did breathing treatments in that time.

But when she moved to Bozeman for college as an 18-year-old, that changed. She began to see a pulmonologist in town and began breathing treatments and more regular medication schedules.

Smith said she’s watched treatments improve greatly over the years and she now participates in treatment trials in Denver in an effort to help find even better methods and, hopefully, a cure.

“I’m 33 years old, so I’m 19 years past the expiration date they gave me,” she said. “At this point, I don’t have anything to lose by doing it. This is for kids who have this. If they don’t have to go through the things I went through, it’s worth it to me.”

Alex’s daily routine is similar to Smith’s. He undergoes percussive treatment to help loosen and drain mucous from his lungs and takes a handful of pills.

A few hours later, he does it again.

“I do it while I’m doing my homework, and when I have breakfast and lunch I have to take meds to digest food,” he said. “I have to do the same things again at night.”

Riha said it’s “an exciting time in cystic fibrosis” because of advances in treatment methods. Even the last decade, they and the medications available have greatly impacted and extended the lives of CF patients. Half of patients today are adults, a great improvement over past numbers, she said.

An oral medication that could receive federal approval as soon as this summer also shows great promise. Called Orkambi, the drug goes after the most common genetic defect that results in CF.

“It shows significant promise,” Riha said. “It’s not going to remove permanent damage, but it will help improve lung function a little.”

It could affect nearly 30 percent of the people living with CF and the U.S. Food and Drug Administration is expected to decide on its approval soon.

Both doctors noted that it’s not a cure or a “miracle drug,” but that it is encouraging. Lysinger compared it to insulin, saying that it is only in its first development stages and that there are probably three or four more steps to go in its development.

Alex’s mother, Tina Laas, is organizing this year’s Great Strides Walk in Billings and said having Billings Clinic’s CF center, the only accredited clinic of its kind in Montana, has been a big help for her family and Alex’s treatment.

They don’t have to travel out of town for assistance and know there’s a team of professionals available when they need them.

“We want to raise money because the Cystic Fibrosis Foundation funds so much of what happens with the clinic in Montana,” Laas said. “This center here has just been huge for us and other patients. You feel more secure and you know that the people you’re talking to know cystic fibrosis.”

The event raises money for the Cystic Fibrosis Foundation and teams or individuals are encouraged to join or donate.

The walk will include music, auctions, raffles and other activities.