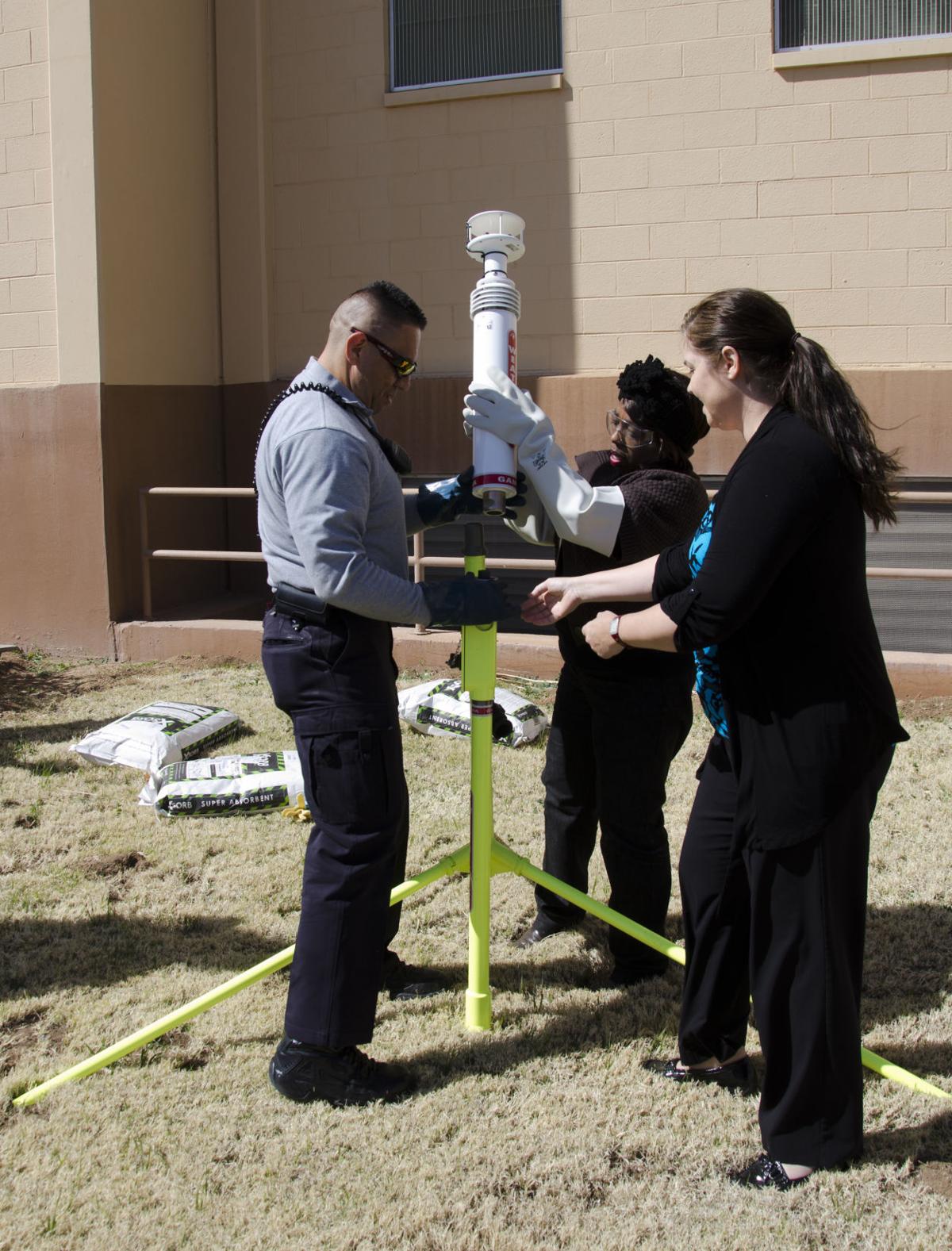 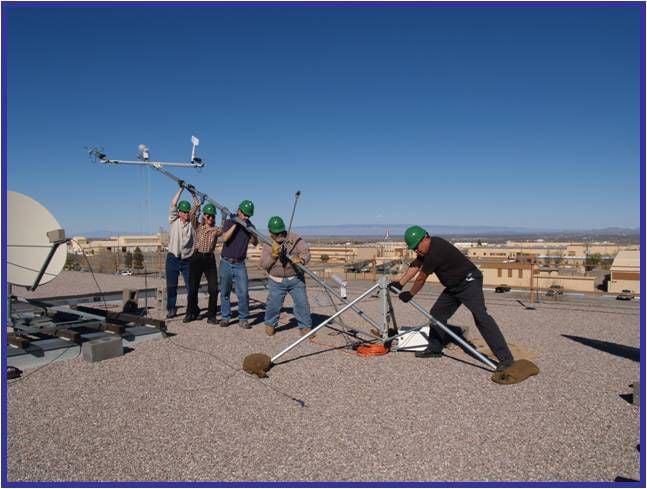 The Billings Fire Department is the latest organization to sign on as an early adopter of a new system that pinpoints and tracks chemical plumes.

It's the newest technology from Diamond B Companies, based in the TransTech Center on the Billings West End. Last summer Diamond B signed an exclusive licensing deal with the U.S. Army to produce commercially the Local-Rapid Evaluation of Atmospheric Conditions, or L-REAC.

Roller lives in West Fargo and got a chance to test his company's new tech earlier this year when he woke one Sunday morning in February to an alert on his phone telling the city's residents to shelter in place.

One of the large oil tanks in West Fargo had caught fire and was pouring inky black smoke into the air.

Rather than sheltering, Roller headed toward the fire and was patched into the West Fargo Fire Department's command center. He explained he had technology that would show where the smoke plume was headed, allowing public safety officials to warn residents in its path with exact precision.

"In five minutes or so I had my models," Roller said.

Originally, to access the program and create the models, users were required to log onto a laptop or computer with the software already downloaded. Diamond B has moved the program to the cloud, enabling the technology to be accessed on mobile devices.

The company has also developed 3-D wind field modeling, which means the program can show where and how the wind will carry the chemicals at any elevation as they enter the atmosphere.

"The system will show you how the wind will move up and around the topography," Roller said.

They can also plug in weather forecasting data that allows users to see how the plume might spread every three hours up to five days ahead.

In West Fargo, it allowed the city to see what the path of the chemical smoke plume would be and which schools, businesses and residents sat in its path. Using the data, the city was able to contact a nursing home and a school and tell them to turn off their air handlers so that the pollutants wouldn't be sucked into their facilities.

Currently, Diamond B is working to apply its 3-D wind field model to wildfire prediction as a way to anticipate where a wildfire might burn and, pushed by the wind, how fast it may move.

The technology is getting attention. West Fargo Fire Deptarment was an early adopter and now the Billings Fire Department has signed on.

"The response has been excellent," Roller said.

Economist explains why workers are better off in Billings

Economist Bryce Ward believes workers are better off in Billings, and on Friday, Ward peppered a Pub Station crowd with reasons why workers ar…

There’s a lot of talk about “across the river” among advocates for a Lockwood high school.

A woman convicted of embezzling from a North Dakota drilling contractor was ordered this week to pay more than $690,000 in restitution.

Kanye West tweeted on Friday afternoon that he will set up an office in Wyoming.

Look Ma! No driver. The future of construction work may be robotic

The future of heavy equipment was on display at a construction site on the Billings West End Wednesday, but something was missing: an operator.