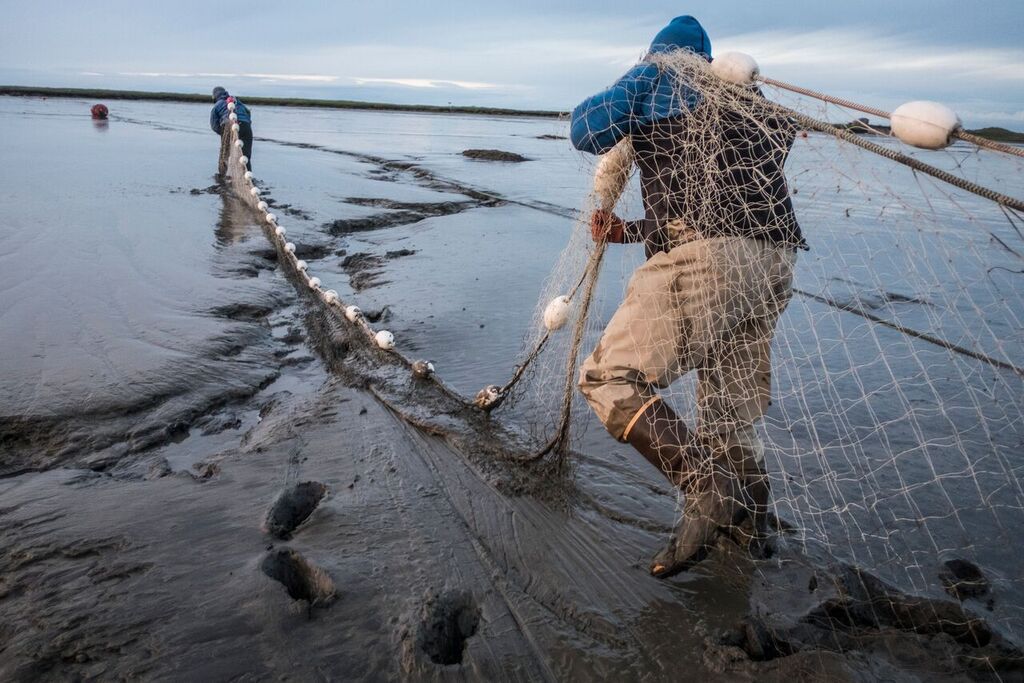 Joe Echo-Hawk sets nets on a mud flat in the Kvichak Bay in Alaska. 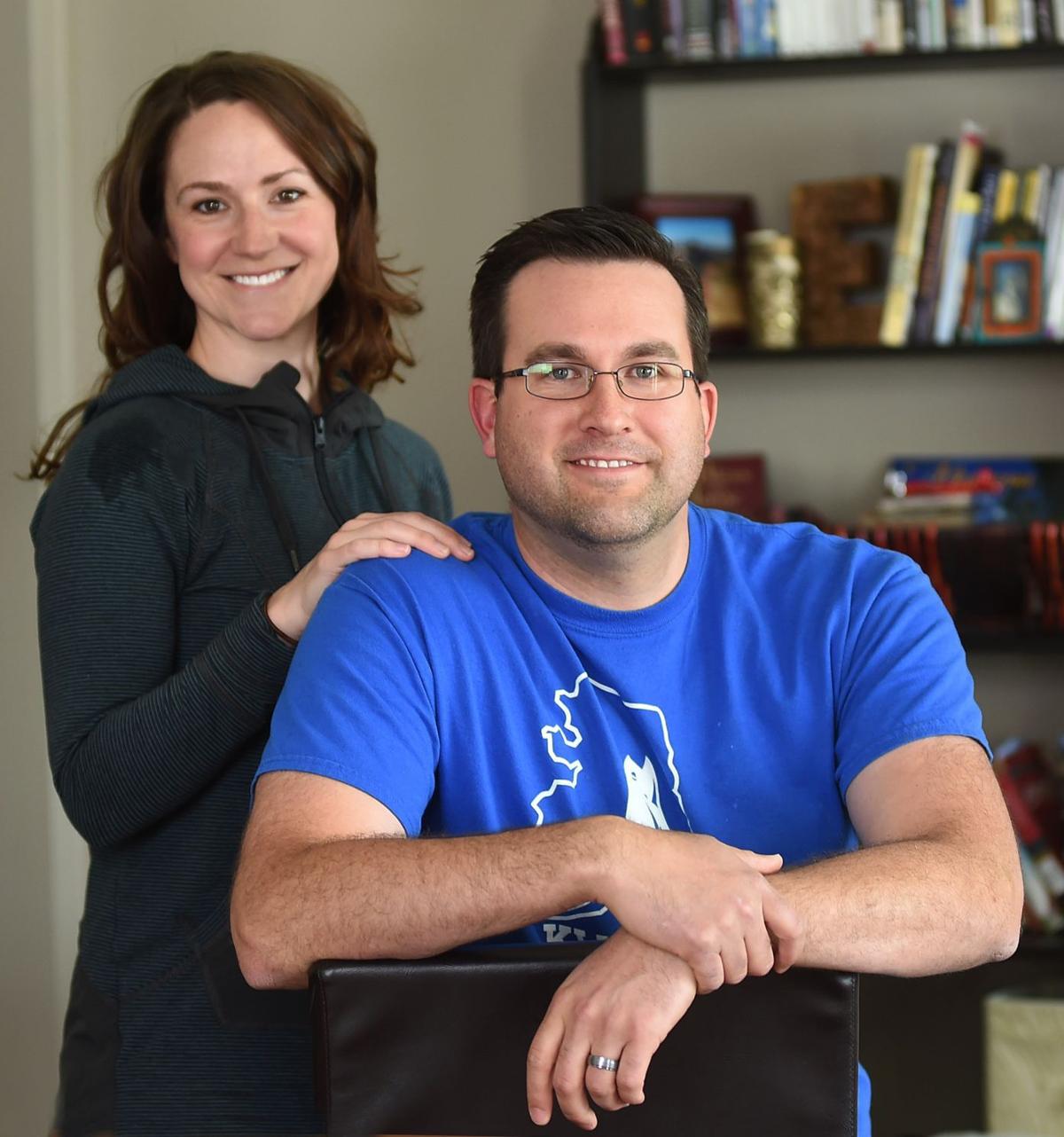 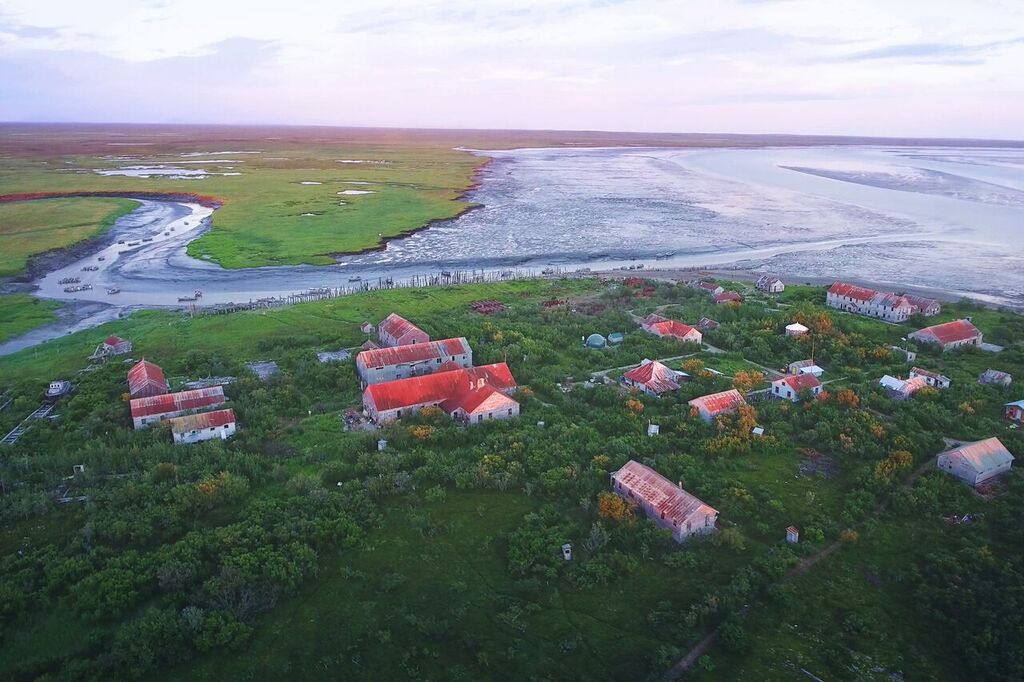 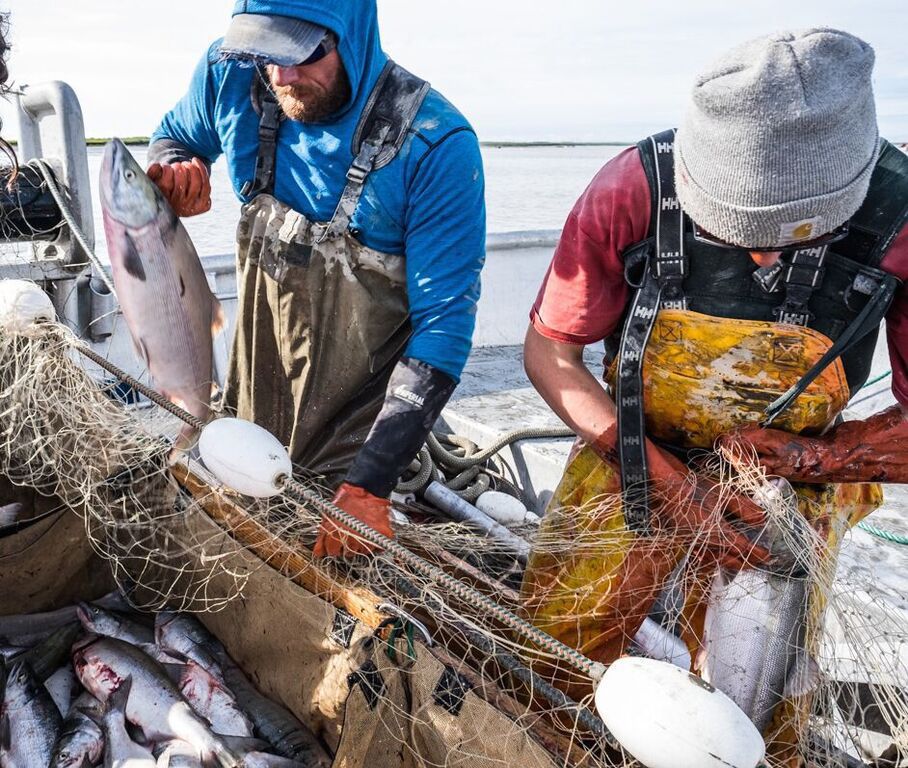 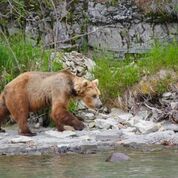 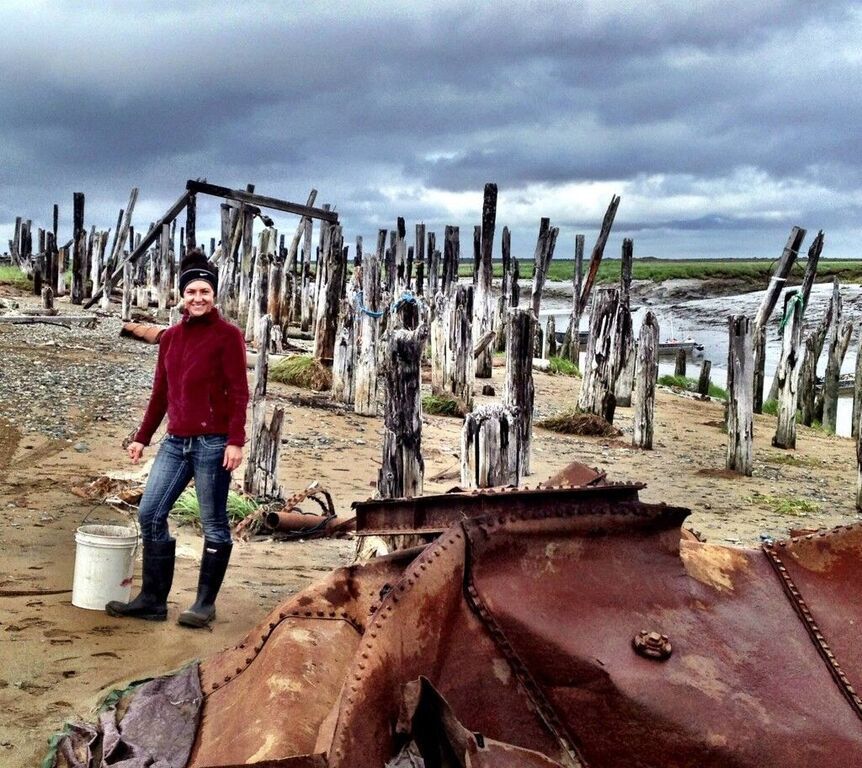 Angela Echo-Hawk works on a beach in Graveyard Point, Alaska. 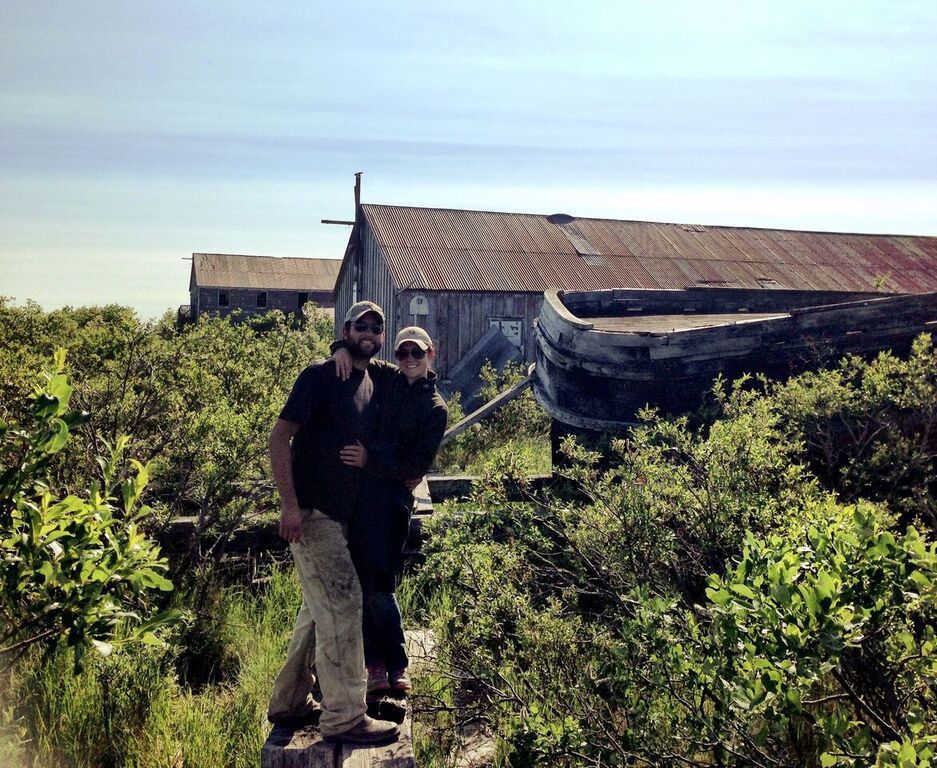 Angela and Joe Echo-Hawk own and operate Kwee-Jack Fish Co. as a community supported fishery. 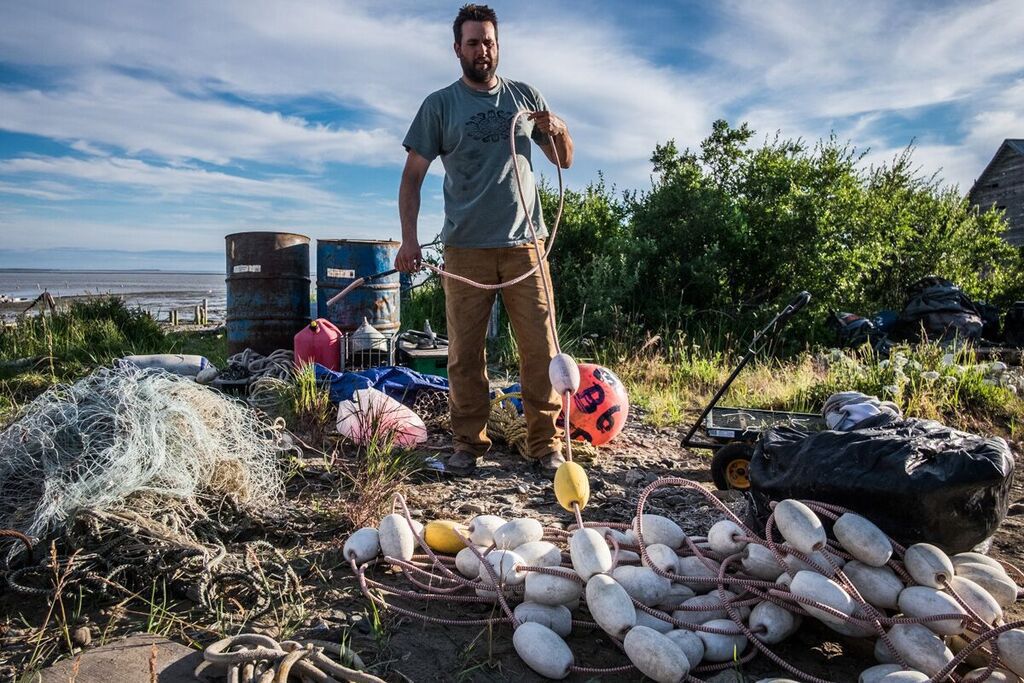 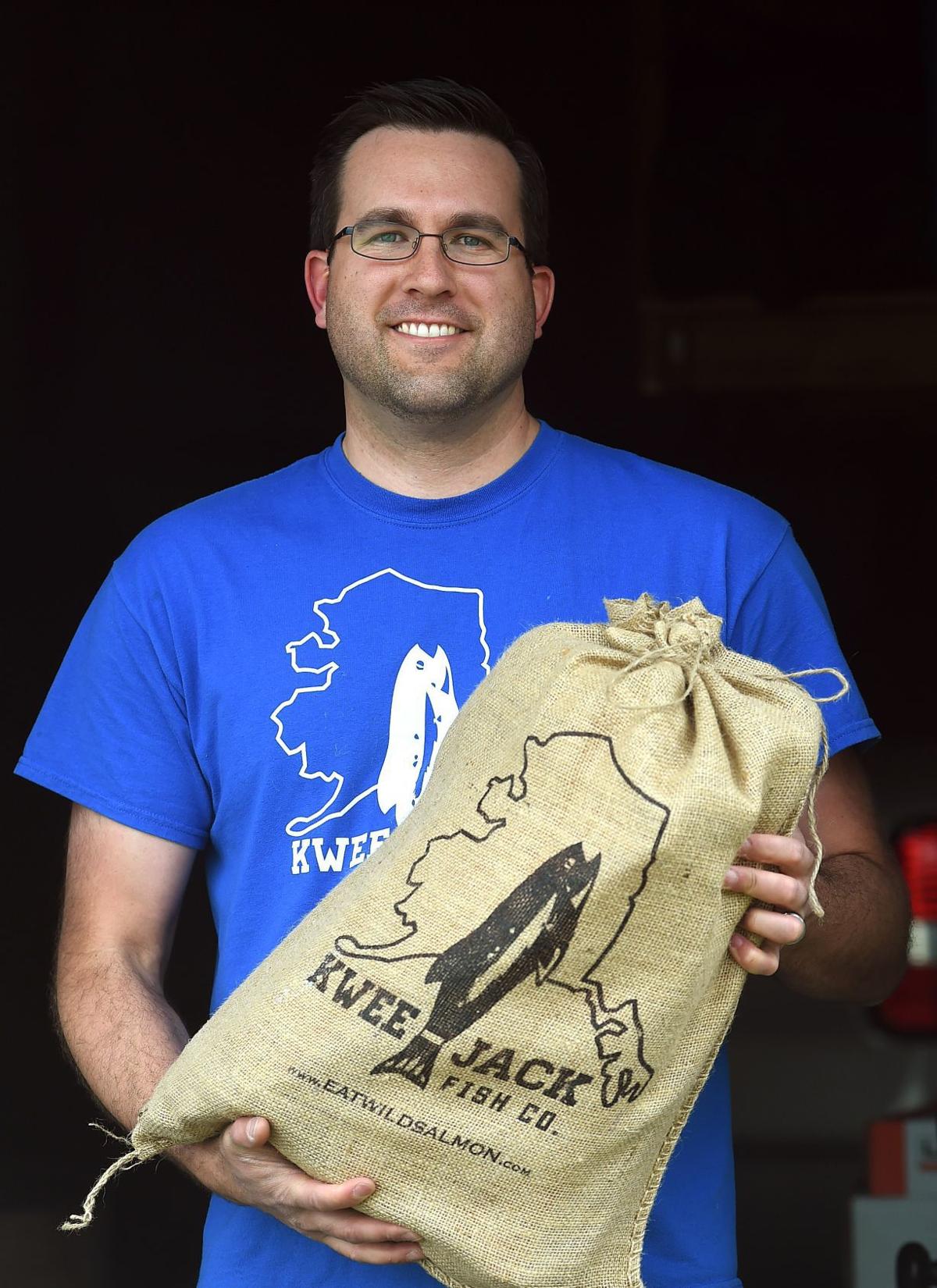 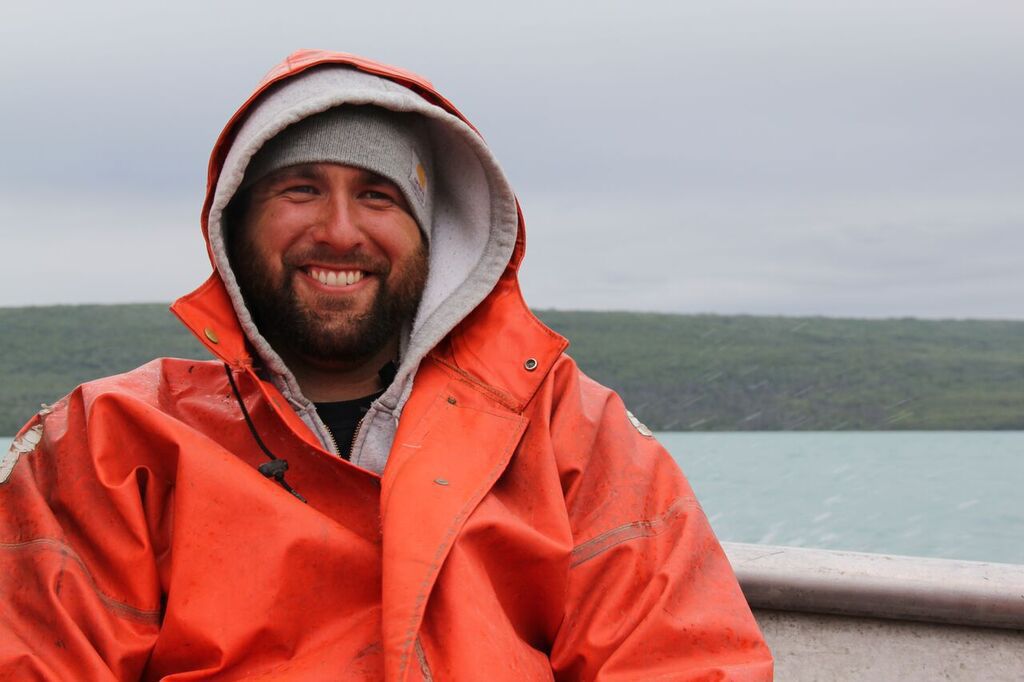 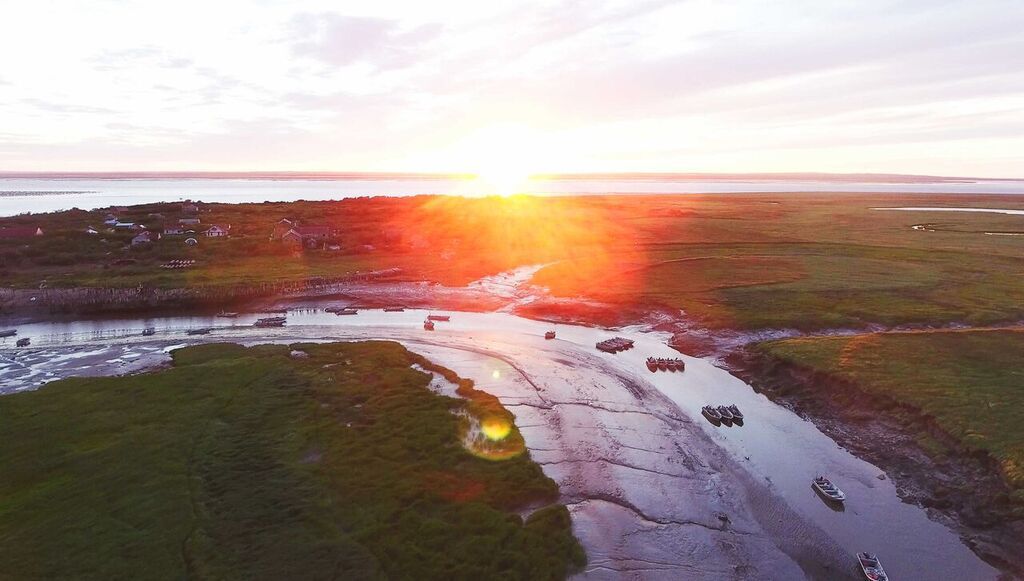 Graveyard Point is the former site of a cannery. The fishermen live in cabins that once housed the cannery workers.

Every June, Joe Echo-Hawk makes the long trek to Bristol Bay, Alaska to catch thousands of pounds of sockeye salmon. The area around the Kvichak River has hosted generations of commercial fishermen. But a growing number of operations like Echo-Hawk’s have adopted a new business model that's beneficial to the people fishing and consumers who enjoy their catch.

Echo-Hawk operates Kwee-Jack Fish Co. with his wife, Angela Echo-Hawk. The Billings-based company does more than just catch the fish. It also distributes directly to consumers as a community supported fishery, or CSF.

Customers can place orders for flash-frozen salmon fillets in 10-pound increments until May 26. Joe and a crew of two or three other fishermen travel to Bristol Bay in June and fish through July to catch the salmon to fill orders in Montana, Wisconsin and Pennsylvania. The fish is shipped on a barge to Seattle and trucked to Billings. Kwee-Jack guarantees delivery of the fish by early September.

A 10 pound share of of Kwee-Jack’s summer catch costs $122.50 and cutting out the middle man makes it cheaper than comparable wild salmon sold in grocery stores. The savings is greater for folks who buy Kwee-Jack’s salmon in the Midwest and Eastern locations because salmon is more expensive in stores there. But the Echo-Hawks believe Billings is a good market for their product as well.

“We know people have big freezers here because they’re storing their deer and their elk, whatever they hunt. We’re trying to get them to make some room for some salmon,” Angela Echo-Hawk said.

The fish arrive to customers in Kwee-Jack branded burlap sacks filled with individually vacuum sealed fillets weighing one to two pounds each.

Joe Echo-Hawk said the direct sales help stabilize the company’s income. Traditionally salmon fishermen sell to processors and don’t know how much they’ll receive for the fish until the end of the season. During the last three years, prices have fluctuated from as low as 55 cents a pound to $1.20 a pound.

The shifting prices aren’t the only variable salmon fisherman contend with. Some salmon runs are stronger than others. Alaska Fish and Game closely monitor the number of salmon in the run and allow fishing to take place only when enough fish have safely made it past the fishing sites to replenish the resource.

Fishermen listen to AM radios for official updates broadcast every few hours. If there isn't enough escapement the nets aren't allowed in the water. About halfway through the season crews fish around the clock, catching as many fish as possible before the season ends. On a good year, Echo-Hawk can catch more than 100,000 pounds but he’s had years where he caught only a third that amount.

“I’ve had years where if I needed to I could live the whole year on what I caught that summer and I’ve had a couple years where it was the complete opposite,” he said.

Kwee-Jack Fishing Co. uses a method known as set gill-netting. Crews anchor nets near the shore and use a skiff to collect the fish they catch. The fish are then transferred to a tender boat that transports the fish to a processor.

While there’s no guarantee Kwee-Jack caught the salmon they sell, the fish is tracked by where it was caught and on which tide.

“If it didn’t come right out of our net then it came from the guy fishing next to me or a couple sites down,” Joe said.

The salmon fishermen of Graveyard Point use open aluminum skiffs with outboard engines to tend their nets. They are a far cry from the live-aboard crab boats featured on Discovery Channel’s Deadliest Catch. The entire operation takes place in shallow water and close to shore enabling the fishermen to eat and sleep on solid ground each night.

Joe Echo-Hawk said he is one of about 100 people who camp at the site of a long-closed cannery known as Graveyard Point. A fire destroyed the cannery but many cabins still exist and the fishermen essentially squat in the structures during the salmon season. The tight community has developed a system for claiming the cabins. They paint their names on the sides of the buildings and if they return to fish the next season they can use the same cabin. Otherwise it’s up for grabs.

Joe first fished in Bristol Bay in 2004. He worked on a crew with a high school friend whose grandfather started fishing in that area at the end of World War II. Because set-net fishing allows for camping on the shore at night, whole families gather at Graveyard Point during the season.

Angela has stayed in Billings the last few years with the family’s first son, Eli, who is now two years old. This year he was joined by a younger brother named Samuel. She said when Samuel turns three, the whole family will start spending their summers in Graveyard Point.

“It’s kind of fun,” Angela said. “You see these families that have been taking their kids there for years and eventually they get out in the boat and fish.”

For more information on Kwee-Jack Fishing Co. and how to order their salmon, visit eatwildsalmon.com.

Matthew McConaughey Ahead Of Gov. Greg Abbott In New Poll

Matthew McConaughey Ahead Of Gov. Greg Abbott In New Poll

Idaho anglers may get another chance to fish for spring chinook.

Joe Echo-Hawk sets nets on a mud flat in the Kvichak Bay in Alaska.

Angela Echo-Hawk works on a beach in Graveyard Point, Alaska.

Angela and Joe Echo-Hawk own and operate Kwee-Jack Fish Co. as a community supported fishery.

Graveyard Point is the former site of a cannery. The fishermen live in cabins that once housed the cannery workers.