It's getting hard to find a room in Billings.

The city's hotel occupancy rate last week hit 87% — the highest in the state from April 24 to April 30 —and the busiest that Billings hotels have been in years. Bozeman's occupancy rate was 62% and Missoula's was 64%.

"It's always nice to beat Bozeman," Steve Wahrlich said with a laugh. Wahrlich owns the Best Western Clock Tower Inn in downtown Billings and is a member of the Billings Tourism Business Improvement District board of directors.

It's not just occupancy rates breaking records; room rates are also up. The average daily room rate in Billings last week was $125. A year ago, the average was $97 — an encouraging sign for the hospitality market, which saw no growth in rates from 2014 to 2021.

High demand for hotel rooms can sometimes lead to price-gouging. A letter to the editor in the Sunday Billings Gazette complained about the town's unusually high room rates.

"It happens," Wahrlich said. "It happens in every town."

Still he believes most Billings hotels run an honest operation.

For the entire month of April, Billings had an average occupancy rate of 75%, the highest it's been in years and again beating out the rest of the state. Bozeman was 63% for the month and Missoula was at 61%.

Driving last week's high rate was the PBR rodeo event at MetraPark and maintenance turnarounds happening at the oil refineries in town.

In fact, events have kept hotels in Billings busy all spring as high school sports tournaments and others have rolled through town.

"These last couple months have been good," Wahrlich said.

It's something of a change for the Billings hospitality market. In the past, the majority of hotel occupancy was driven by business gatherings and conferences. While that still occurs, Wahrlich has noticed the city has begun to see more events-related stays.

Refinery turnarounds are the other factor in the spring hotel business. These huge maintenance projects are not annual events but they are done regularly. Turnarounds require massive amounts of work to be done in a relatively short time, bringing in crews of out-of-state contractors to speed the process along.

Wahrlich estimates that refinery turnarounds create about 20% of the city's occupancy rate, which means Billings hotels were already pretty full when workers showed up this spring.

They were so full, in fact, that scores of turnaround crews started looking at other alternatives. The Billings KOA Holiday saw a few workers show up last month, renting the little cabins there or, in the case of one worker from Louisiana, pitching a tent at the campground for the month.

"That guy was a rock star," said one of the KOA employees.

During the bitter April cold snap and blizzard, the worker still spent every night in his tent, digging himself out of more than a foot of snow one morning.

While KOA has seen a busy spring, they've also seen a higher-than-usual number of cancellations, something employees there attribute to the rapid rise in gas prices this last month. Still, the campground is entirely booked every weekend, they said.

Down the road at the Yellowstone River Campground, long-term lots are 100% full and employees there are putting long-term campers on a waiting list.

Perhaps the most telling detail comes from an office building across town. The two-story office and retail structure had been empty until the owner earlier this year, seeing the demand for long-term hotel rooms and housing, began renting out space to refinery workers and others.

The owner sees his office building as a symptom of Billings' increasing housing shortage. The city has been consistently ranked for the last year as one of the hottest housing markets in the country, which has kept homes selling fast and left Billings with few available houses to buy.

Moving on from this spring and summer, Wahrlich isn't sure what to expect. Summer will be good for Billings, he said, but much of what's driving occupancy, outside of the refinery turnarounds, has been regional travel. Wahrlich wonders if Billings will see a drop next year with people traveling further afield as the pandemic continues to give way.

If you're part of Billings' hospitality industry, spring maintenance at the three area oil refineries couldn't come at a better time.

Billings ranked ninth in the country by the Wall Street Journal and Realtor.com on their spring Emerging Markets Index released on Tuesday.

Officials in Billings worry the tight housing market will short-circuit the region's ability to attract and retain workers, and will keep firs…

The old Whalen Tire warehouse on First Avenue North in downtown Billings is going the way of the dodo.

Video shows scene outside of elementary school shooting in Texas 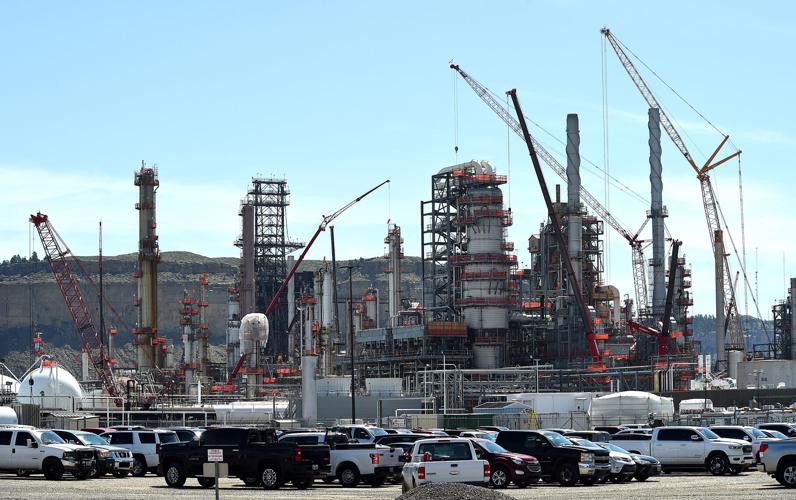 Cranes fill the skyline of the Phillips 66 Refinery as a major maintenance operation is under way. 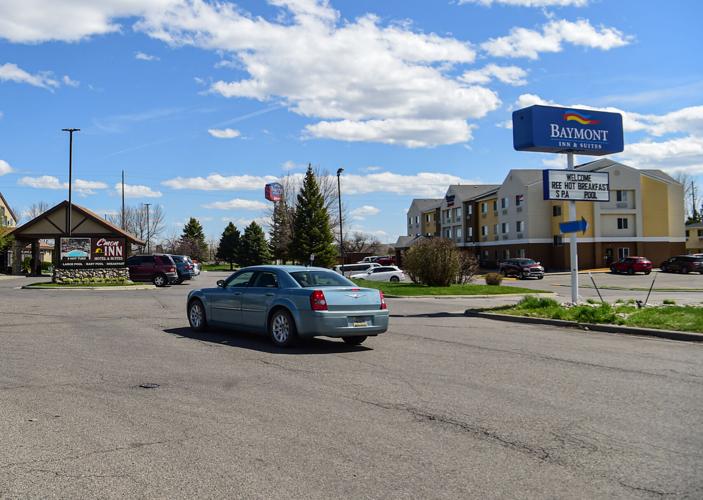 Vehicles fill the parking lots of the C'mon Inn Hotel & Suites and the Baymont Inn & Suites as Billings currently sits at an 87% hotel occupancy rate.