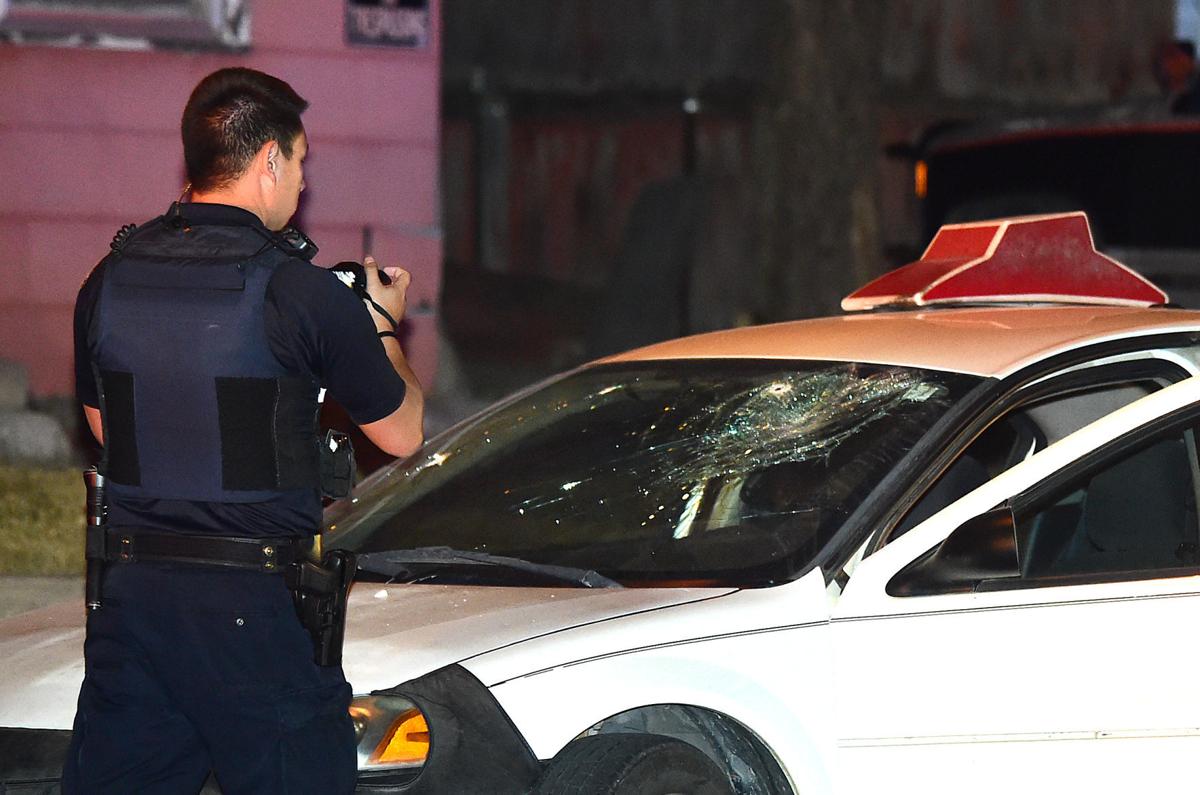 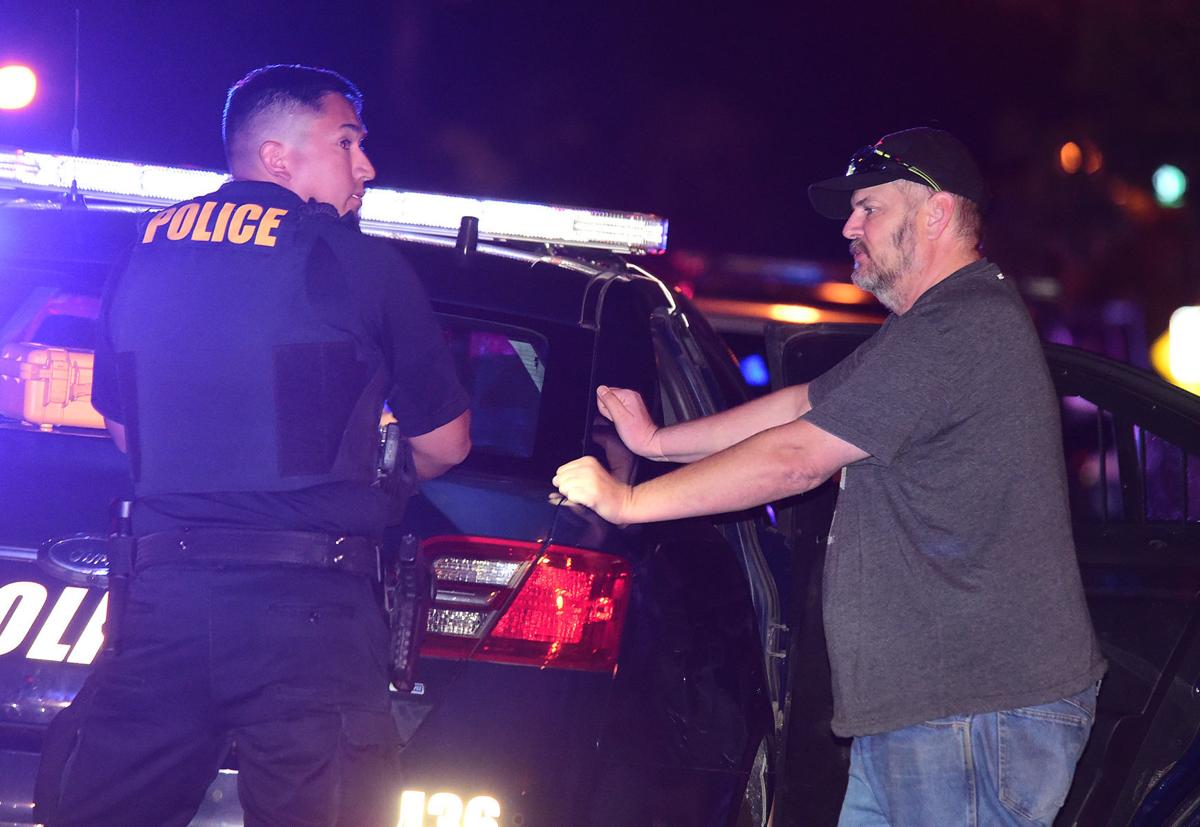 A pizza delivery driver talks to police after shooting a would-be robber through his own windshield on South 28th Street Friday night.

One man is in the hospital with a gunshot wound after apparently trying to rob a worker delivering a pizza on the South Side Friday night.

Multiple Billings Police Department cruisers responded around 8:20 p.m. to the 300 block of South 28th Street, blocking off a portion of the road between Third and Fourth Avenue South. The condition of the man is unknown, and police are still conducting an investigation.

“The pizza delivery guy was attempting to deliver pizzas, when he claims that he was robbed. While in the process of being robbed, in self-defense he’s claiming, he fired a weapon, striking the suspect,” said Billings Police Sgt. Clyde Reid.

A white Sedan at the scene had a cracked windshield with visible holes. Reid said the suspect was struck in the abdomen, and then ran into a nearby alleyway where officers apprehended him. The delivery man remained under questioning by police, while the suspect was transported to St. Vincent Healthcare.

Reid said no arrests have been made, and detectives will be at the scene to continue the investigation.

“Right now, we’re trying to contact people in the area to find out what they’ve seen, trying to prove or disprove what we’ve been told,” he said.

He said he expects a portion of South 28th Street to remain blocked off for several more hours.

Friday’s shooting comes after officials announced a rise in violent crimes since the start of the COVID-19 epidemic. The Billings Gazette reported that between March and July, the county tracked robberies increasing roughly 44% compared to the same period in 2019.

The uptick in violence also comes as ballots are due Sept. 15 for voting for or against the $12 million public safety levy, which will provide for staffing and equipment for Billings emergency responders.

Yellowstone County has seen an increase in violent crime since the COVID-19 pandemic hit, officials said during a press conference Tuesday.

As of July 1, deliberate homicide charges in Billings have almost doubled over last year, according to data from the 2019 BPD Annual Report.

As coronavirus cases in the Dakotas surge, anti-mask sentiment intensifies

According to Johns Hopkins University researchers, North and South Dakota rank first and second respectively in new COVID-19 cases per capita over the past two weeks.

Montana reported another 86 new COVID-19 cases Monday morning, according to the latest numbers published on the state's COVID-19 mapping and i…

Vice President Mike Pence is due to headline a campaign rally in southcentral Montana Monday as Republicans in the state seek to take back the governor's mansion and retain seats in the U.S. House and Senate.

Billings police responded to a shooting early Friday morning that occurred during an apparent car-jacking on Central Avenue.

A pizza delivery driver talks to police after shooting a would-be robber through his own windshield on South 28th Street Friday night.