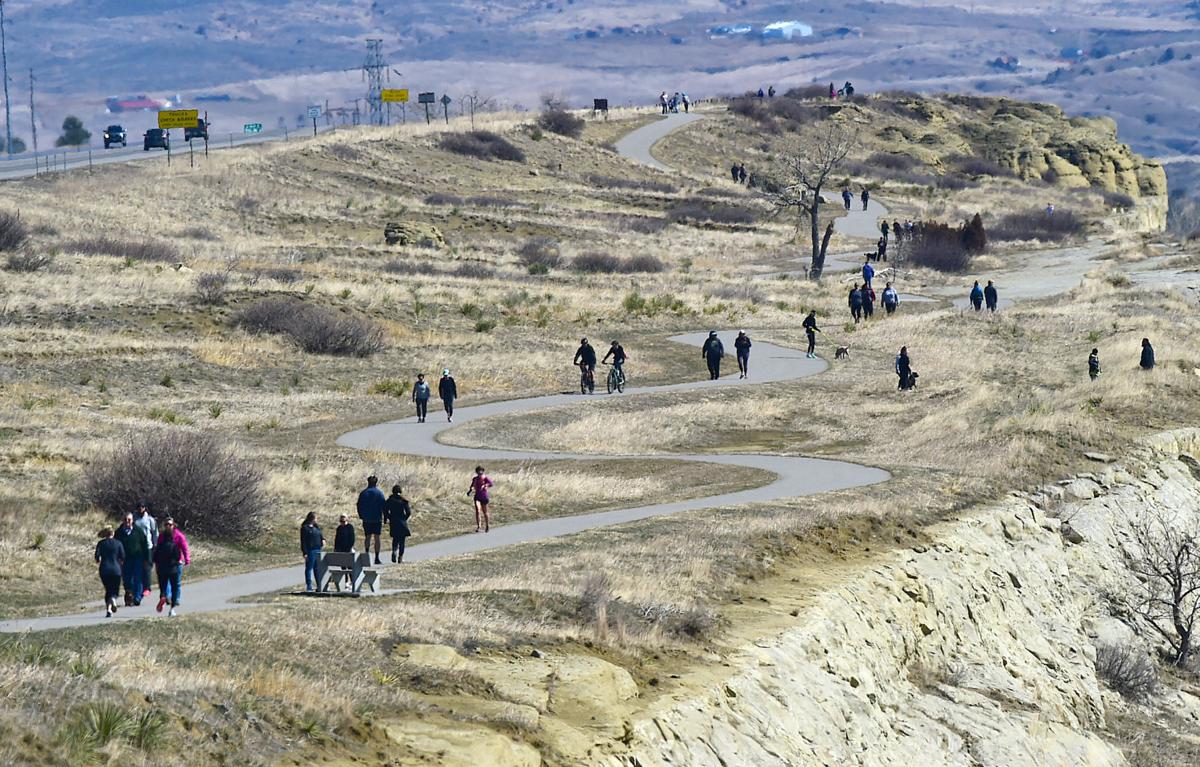 Walkers, runners and cyclists fill the bike path at Swords Park atop the Rims. 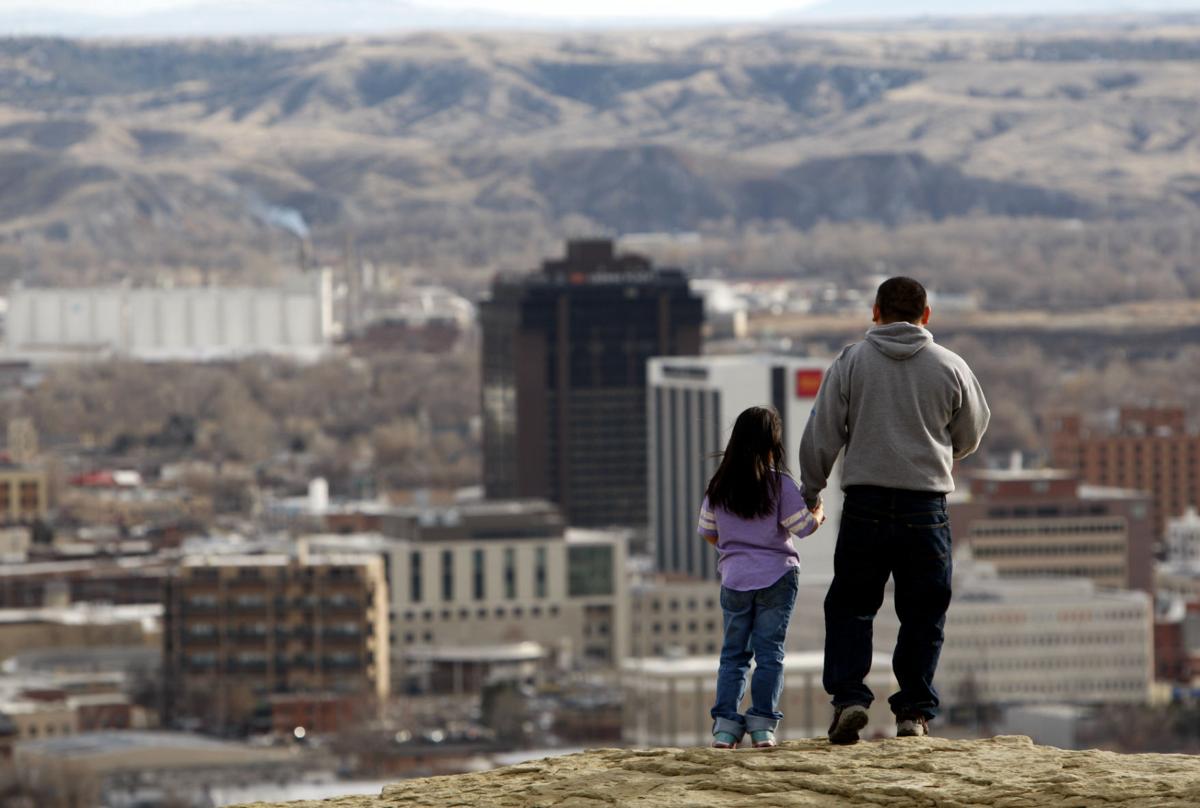 Located on top of the Rims along Airport Road, Swords Park offers a bird's eye view of the city. There are miles of trails, including the historic Chief Black Otter Trail, winding through 60 acres. The park is one of the few city parks where dogs are welcome, and has a picnic shelter and restrooms.

Billings finally has the money to finish the Inner Belt Loop road project connecting Billings' Heights to the West End.

City leaders learned Thursday morning that Billings had been awarded $11.6 million in U.S. Department of Transportation money though a federal grant known as the Better Utilizing Investments to Leverage Development or BUILD Grant.

The grant will also complete the Skyline Trail, a 3.5 mile section of paved pathway that will run along Airport Road. Roughly 750 feet of the trail is already built; the BUILD Grant will allow the city to finish it and build new parking lots along the path to provide better access.

"This changes everything," said Kristi Drake, director of Billings TrailNet, the nonprofit group working to raise funds and build bike and pedestrian trails all over the city, including the Skyline Trail.

"This just takes a huge burden off," she said. "This is huge."

It's huge for a few reasons. Last year, Billings applied for a $26 million version of the grant, sent a delegation of city officials and business leaders back to Washington, D.C., to push for it, only to watch the grant go to Missoula.

Drake was part of the delegation, as were Mayor Bill Cole and officials from the Billings Chamber of Commerce and Big Sky Economic Development. They met with Montana's two U.S. Sens. Jon Tester and Steve Daines, and Congressman Greg Gianforte, who all supported the grant.

This year, Billings had the same support from its Montana lawmakers but city officials paired down its request to $16.8 million, enough to complete the Inner Belt Loop, the Skyline Trail and the Stagecoach Trail, a bike trail that will follow Zimmerman Trail, dropping down from Highway 3 to Rimrock Road.

Ultimately, the U.S. Department of Transportation awarded the city the grant money for the Inner Belt Loop and Skyline Trail projects.

The Inner Belt Loop, a new road that would connect the Heights to Billings' West End, will bring Wicks Lane overland to the Zimmerman Trail-Highway 3 intersection.

The goal of the Inner Belt Loop is to boost commercial and residential development in the Heights and reduce traffic along Main Street, particularly where it bottlenecks at MetraPark and Airport Road. It will also improve access to and from the area for public safety and emergency vehicles.

In all, the U.S. Department of Transportation has $7.9 billion to award nationwide in BUILD Grants. Half that money goes to rural communities, and Billings is considered part of that group. The Inner Belt Loop and the Skyline and Stagecoach trails have significant local funding and are already designed and planned with portions completed — two significant details the feds look for.

The city has on hand $7 million in local funds allocated to the Inner Belt Loop project, and Billings TrailNet has donated $85,000 for the Skyline Trail.

In the past, Billings hadn't been as aggressive as western Montana communities in going after these federal grants, and city leaders have made a conscious effort in the last two years to be more proactive.

When Billings lost out to Missoula last year, it marked the 10th time one of these federal grants had been awarded to a western Montana community with nothing going to Billings. In the past, towns as far away as Whitefish, Polson, Toston and Kalispell have received Build Grants.

Billings loses out to Missoula for multi-million dollar federal grant

Billings officials learned this week that they failed to receive a multimillion-dollar federal grant that instead went to Missoula.

Construction continued Friday on a small portion of the Skyline Trail, a 3-mile paved trail to connect Swords and Zimmerman parks.

Progress on the inner belt loop is inching along and a half dozen residents from the Heights spoke to the Billings City Council Monday night, …

In July Richard Charbonneau approached the Billings TrailNet about donating money for the Skyline Trail, a 3-mile trail that would connect bik…

City planners have started to put in place the final pieces for a massive new reservoir to be constructed on Billings' West End.

Walkers, runners and cyclists fill the bike path at Swords Park atop the Rims.

Located on top of the Rims along Airport Road, Swords Park offers a bird's eye view of the city. There are miles of trails, including the historic Chief Black Otter Trail, winding through 60 acres. The park is one of the few city parks where dogs are welcome, and has a picnic shelter and restrooms. 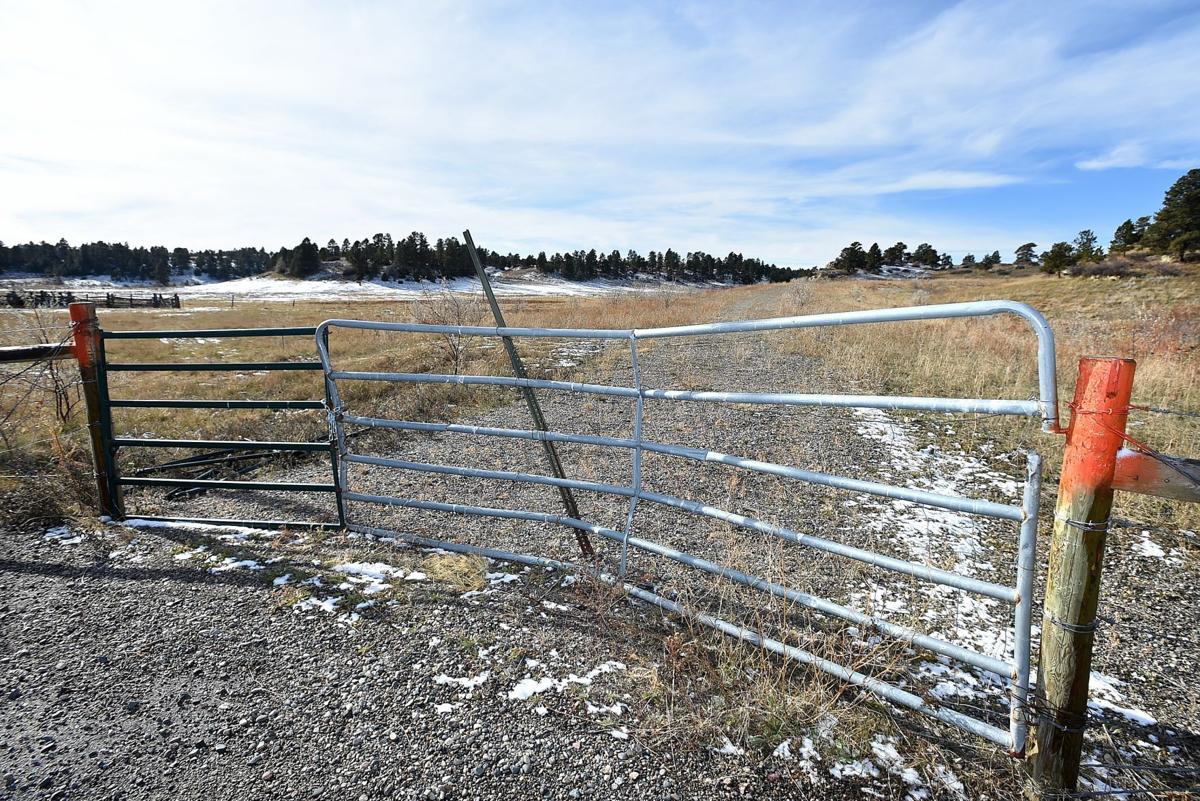 The location of a future inner belt loop can be seen at Alkali Creek Road and Skyline Drive.