A few days after announcing the Oktoberfest German Restaurant would close in July, owner Birgitt Adams wrote a message on the restaurant’s daily specials chalkboard.

“Thank you Billings!” The board read. “We will miss you all. We appreciate the love and support over the past 5 years!”

The restaurant was the brainchild of Birgitt, who is German, and opened in 2015.

Oktoberfest is like many restaurants and other businesses across the state that have suffered a financial strain from the impact of the coronavirus. In March, Gov. Steve Bullock ordered the closure of restaurant dining rooms, leaving many restaurants with only take-out and delivery as options.

Even with the governor’s staged loosening of restrictions in May and June, dining rooms can operate at only 75% of capacity, and even then only if they can maintain 6 feet of social distancing between tables. For Oktoberfest, that means only six tables in a restaurant that once offered 14.

The Billings City Council also passed an ordinance June 8 that streamlines the application process for implementing or expanding outdoor seating. Oktoberfest already has patio seating, but even if it's expanded, Ernie Adams said it isn't enough.

“Social distancing is going to be in place for probably into next summer, and with that we’re only making half the revenue,” Ernie Adams said.

Federal stimulus money has helped hundreds of restaurants in Montana hang on, but that won’t be enough, say business advocate groups like the Montana Restaurant Association. Nothing can take the place of consumers spending their money.

About 30% of revenue goes toward payroll, and with inventory, utilities and other expenses, it’s difficult to run a business, Ernie Adams said. The rising cost of beef and pork has also been an issue.

The couple plans to continue operating the Oktoberfest food truck, but recent event cancellations have also hit that revenue stream hard. Money made with the truck helped operate the restaurant.

The hope is to find a bigger restaurant location in the future when there are more options available in Billings, Adams said.

“We’re just never going to catch up,” he said. “It’ll be like this for another year. We’ll make it a few months, but we don’t want to get stuck in a predicament where we can’t get out.”

When the restaurant closed to dine-in customers, the restaurant’s employees were furloughed, qualifying them for unemployment benefits, while the couple continued to cook the delivery and takeout orders.

Applying for a Paycheck Protection Program loan in April would have meant recalling employees and spending at least 75% of it on payroll alone. The couple decided to keep most of their employees home and safe.

By the time their dining room could open, the couple had already decided to close when their lease ended in July.

Oktoberfest is one example of the many local businesses that are struggling, and with some federal aid within the Coronavirus Aid, Relief and Economic Security, or CARES, Act running out at the end of June and July, even more restaurants could be on the road to closure.

The Health and Economic Recovery Omnibus Emergency Solutions, or HEROES, Act, drafted to extend certain programs and more financial aid, was passed by the U.S. House in May, and is waiting to go through the Senate. If it doesn’t pass, then financial aid like the extended unemployment benefits for laid-off workers would expire July 31, according to Brad Griffin, the president of the Montana Restaurant Association.

In early June, a bill that extended the Paycheck Protection Program loan availability period from eight weeks to 24 weeks passed. The deadline to apply for a loan through the program is June 30, and a bill was introduced Thursday that, if passed, would extend the application deadline for the Paycheck Protection Program loans from June 30 to Dec. 30.

The programs and grants, however, can’t save many businesses.

“You can’t replace the spending power of the American consumer with enough programs,” Griffin said. “Businesses are designed to run on consumers coming in and spending their hard-earned money in their restaurants and their retail establishments.”

Bullock announced the launch of a new loan deferment program Wednesday for state businesses suffering a loss of revenue during the past three months. Details of the program and other financial assistance can be found at https://commerce.mt.gov/coronavirus-relief.

Another restaurant in Billings has already closed, partly due to coronavirus, and partly for personal reasons.

Known for its locally sourced ingredients and experimental dishes, chef and owner Jeremy Engebretson closed the second week it was open to dine-in customers.

Keeping small, local restaurants in Billings open has already been a battle even before cases started showing up in the state, Kyriss said.

Takeout and delivery options weren’t the best way to turn a profit while restaurants were shut down, but Kyriss said he appreciates customer support over the years.

“It was too difficult to keep afloat,” Kyriss said.

Elsewhere on Montana Avenue, at the McCormick Cafe Monday, a large plexiglass barrier at the counter separates customers from employees. The tables are spread out, and the once-self-serve coffee urns were moved behind the counter.

About half of the tables were removed to accommodate social distancing guidelines, and the restaurant now has three fewer employees for the time being, according to general manager Charli Perry.

But space isn’t the only issue, according to Mike Schaer, owner of the McCormick Cafe.

“When we went into a total closure, people who would be coming here got into a different schedule of eating at home or getting deliveries,” Schaer said. “When we opened in Phase 1, we didn’t have much traffic at all because people were doing something else.”

Phase 2 has brought in more customers, but it’s a slow process. Schaer is aware of other businesses feeling overwhelmed, since he owns about 10 different buildings along Montana Avenue that house businesses as tenants.

To help out, Schaer gave at least one free month of rent to businesses that needed it.

“I’d rather have them as tenants,” Schaer said. “ ... With restaurants, we were a little bit more generous because they were really impacted.”

Schaer received about $50,000 from the Paycheck Protection Program for the McCormick Cafe, and it has helped, he said.

But as the uncertainty of how long the pandemic will last lingers, many restaurateurs don't know what the future looks like.

"I would just encourage the public to get out and support their favorite restaurants, eating and drinking establishments and retailers," he said. "They're all hurting."

The Montana Department of Commerce website includes a list of available grants and loans that business owners can apply for. Financial relief details and applications can be found at https://commerce.mt.gov/Coronavirus-Relief.

The county health board and health officer have "strongly recommended" that for the next two weeks, "all local businesses, athletics, community events and assemblies return to the restrictions we had in place under Phase 1 of the Governor's Directive for re-opening the Big Sky."

Another death related to COVID-19 was reported Saturday, bringing the total in Montana to 19.

Eleven new cases were added today.  Three were in Yellowstone, two each in Gallatin, Rosebud, and Lewis and Clark, and one each in Carbon and Custer Counties.

Once again, we take a look at some Billings restaurants that have closed over the years.

Montana’s unemployment rate, seasonally adjusted, was 9% in May, the third month of a recession stemming from the COVID-19 pandemic. Leisure a…

Running a restaurant in a tourist-dependent community like Red Lodge is challenging during a normal year. Add a pandemic, and it was looking like the gateway community was going to be in for a rough summer.

New deli in Evergreen Ace to focus on local ingredients

A new car wash is moving in on King Avenue West next to Texas Roadhouse in Billings.

Many Billings businesses are uniting to help mask employees and customers after Gov. Steve Bullock issued a statewide order requiring the use …

Montana’s unemployment rate dropped from 9% in May to 7% in June, with a new report from the state Department of Labor and Industry showing wh…

Spring Creek miners are being called back to work after a four-month furlough buy Navajo Transitional Energy Company.

Another local Billings restaurant closed for good after one of its employees tested positive in July for the novel coronavirus. 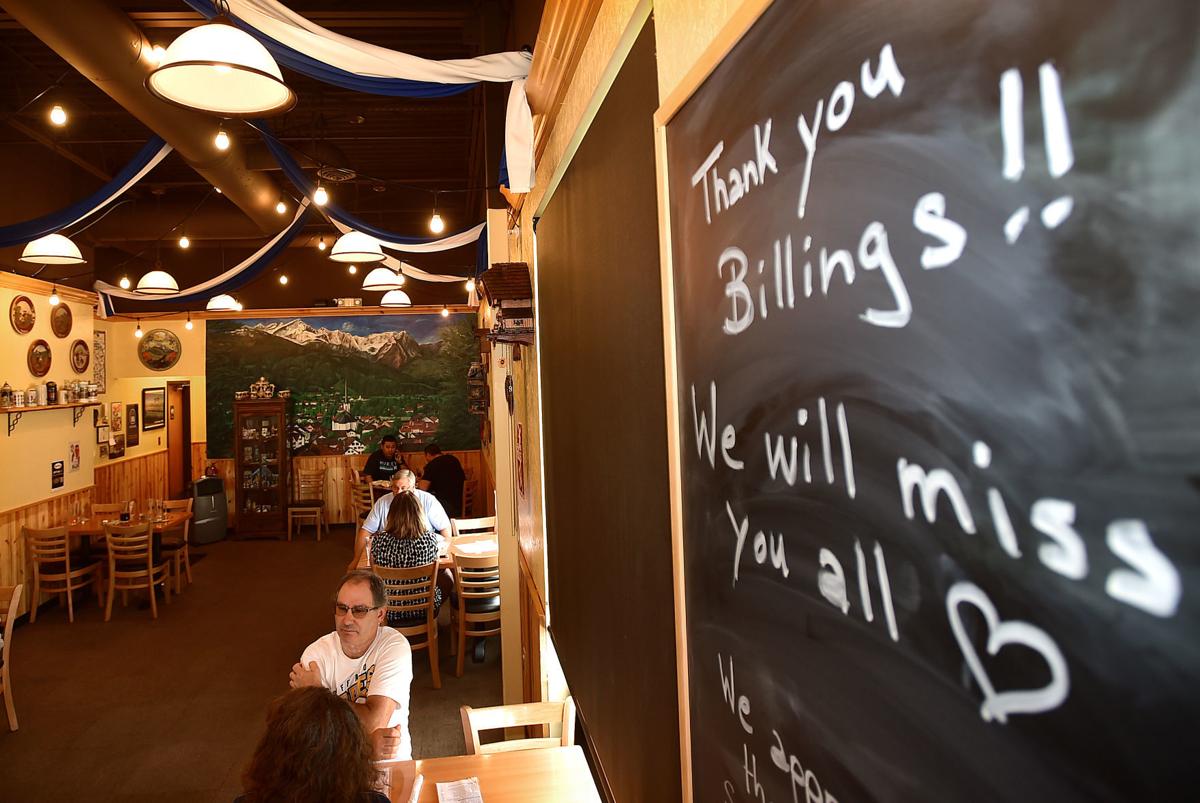 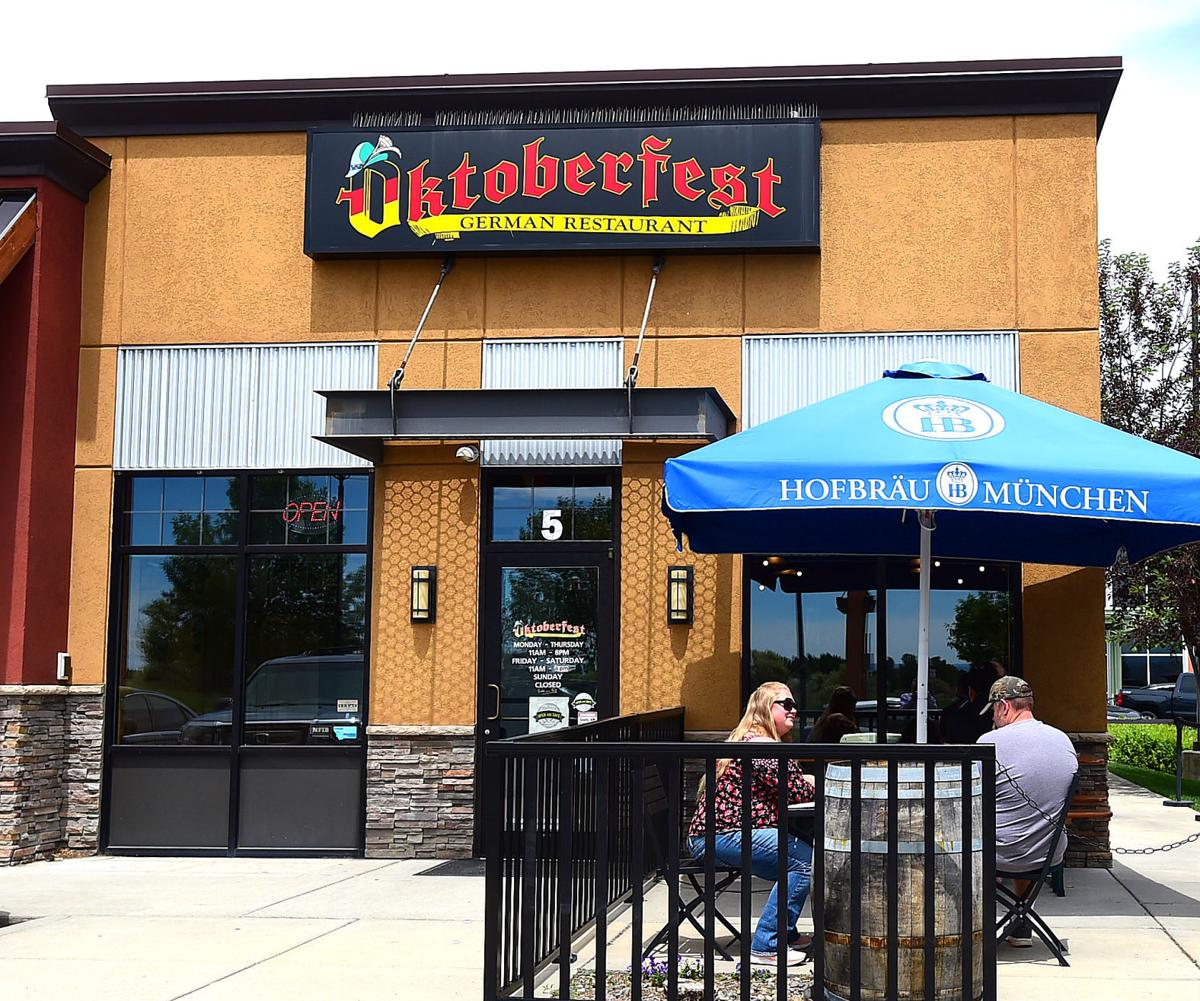 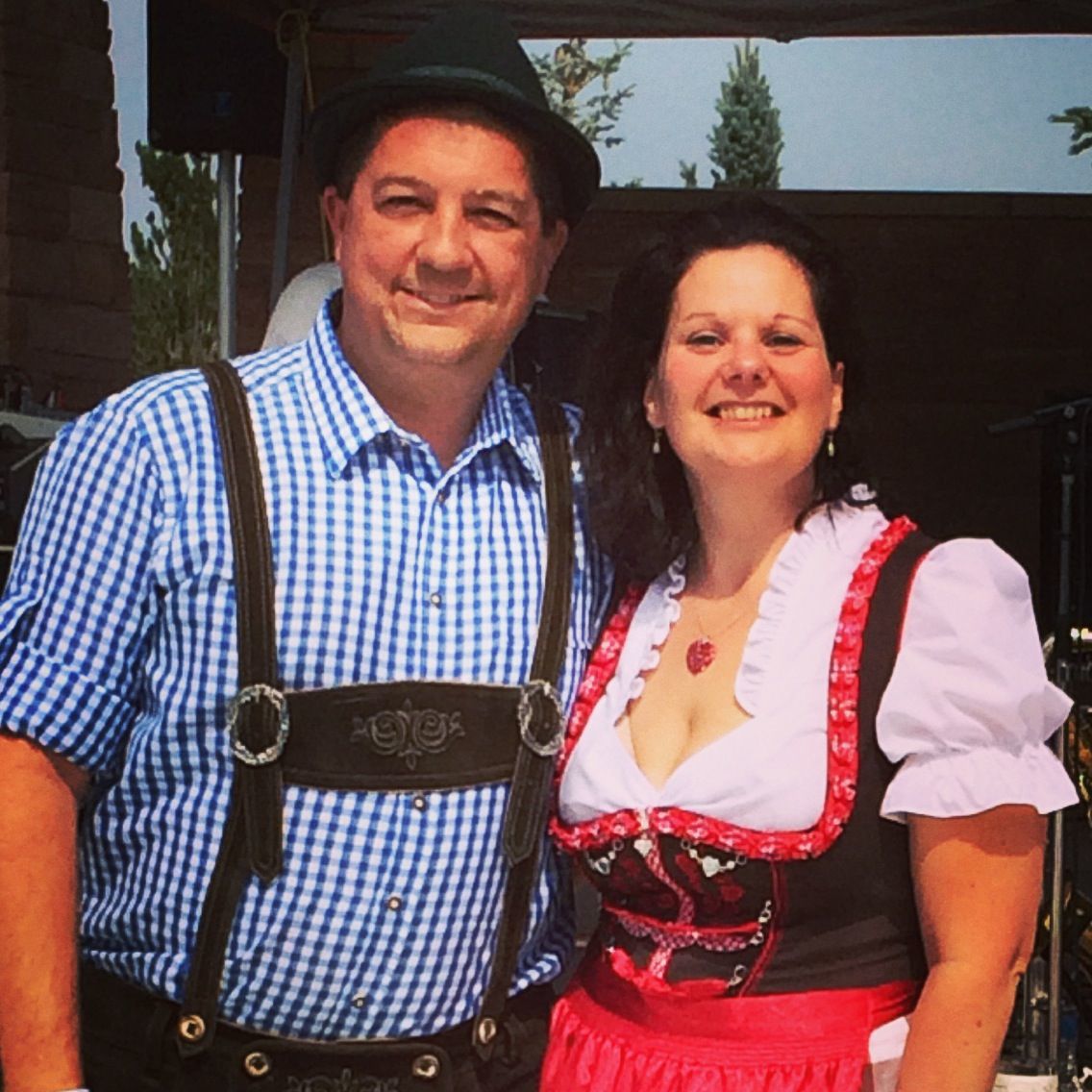 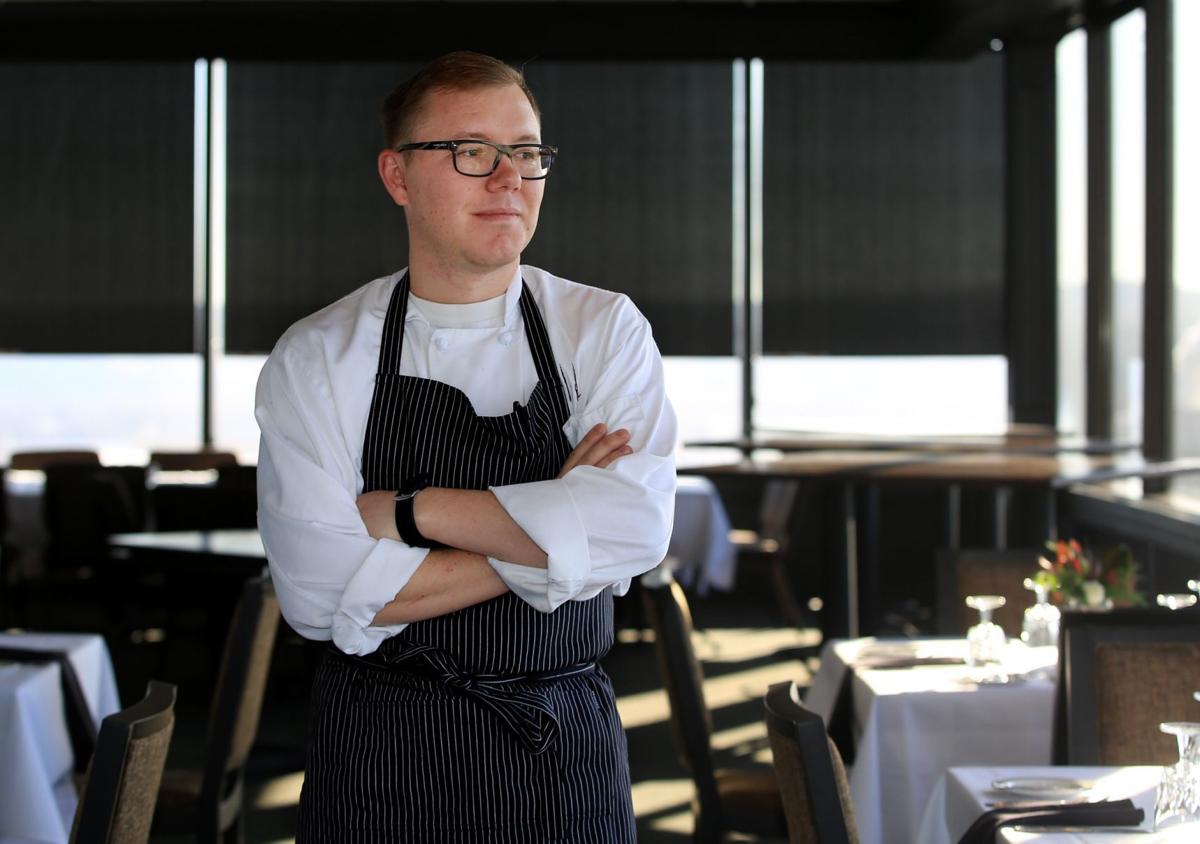 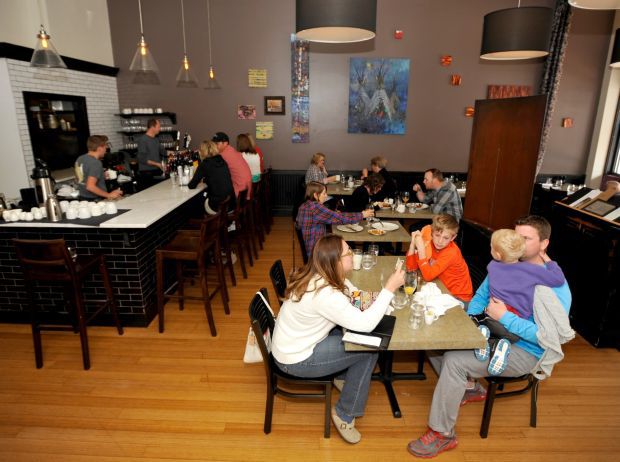 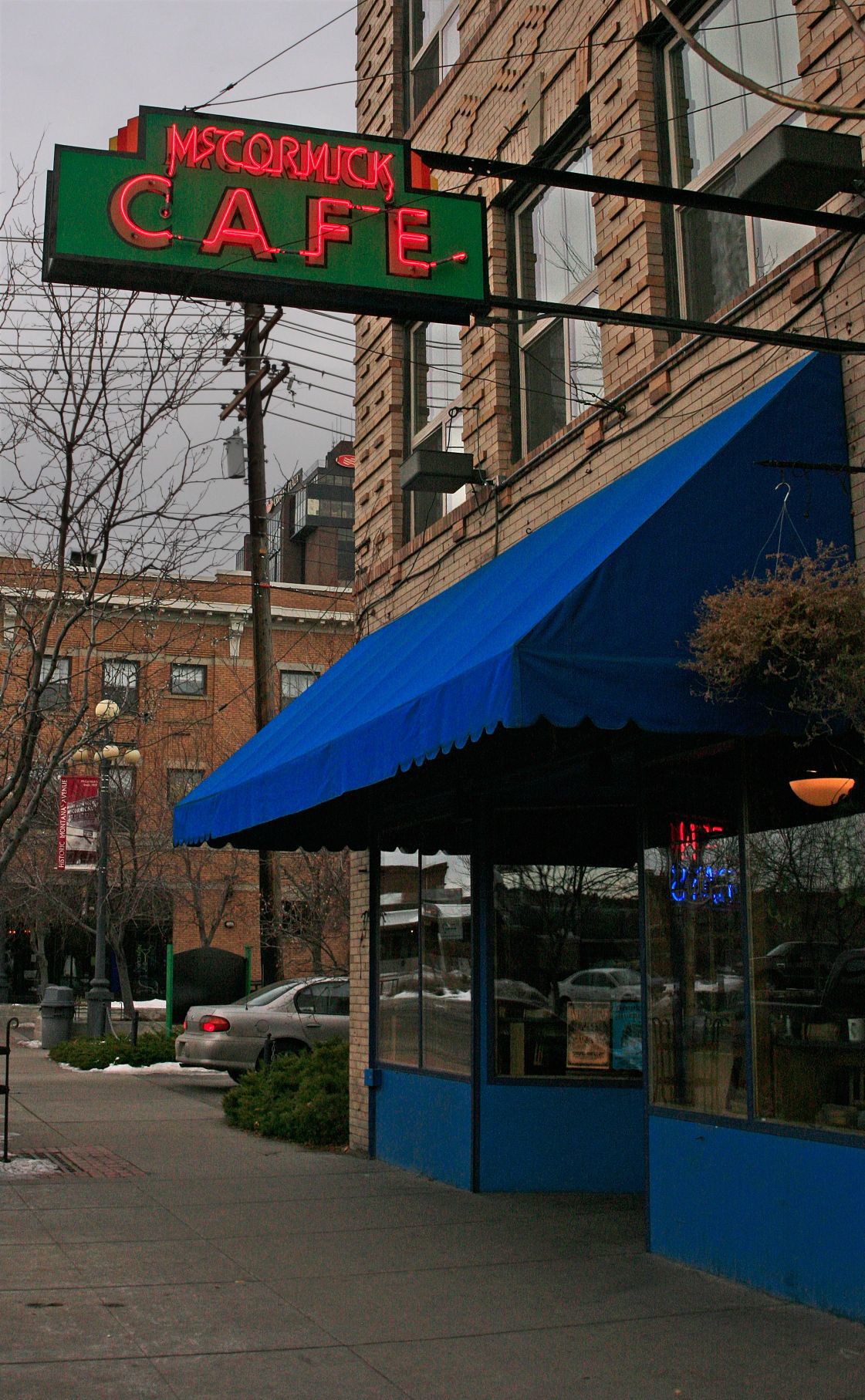