Billings Public Schools Superintendent Greg Upham announced Friday he will retire at the end of the 2022-23 school year. In an email sent to staff and faculty, Upham said he remains committed to the work of improving learning and making Billings public schools the best they can be.

“I like what I do. I’m not tired of the work and I love the people I work with,” Upham said. “I did have some reservations, but it just feels right.”

Upham told the Gazette Friday he had been mulling the decision for several years and wanted to wait until the district board had “stabilized” and that the complications with school operations stemming from the COVID-19 pandemic were mostly settled.

“It’s not an easy decision,” he said about retirement. “But I’ve got a family that I want to spend time with and 36 years is a long time.”

Upham’s education career began in Browning and Belt as a teacher and coach. He joined the Helena School District in 1992 as an assistant principal at Capital High School followed by six years as the principal at Helena High School. He was selected as the assistant superintendent of Helena Public Schools in 2012 and would hold the position until 2018 when he moved to Billings.

He was also a finalist for Helena’s superintendent vacancy in 2018, but was passed over in favor of then-Texas administrator and current superintendent Tyler Ream.

Upham was the board’s unanimous runner-up for SD2’s vacancy and was approved after their first choice, New Jersey Superintendent Ross Kasun, turned down the position at the last minute.

The resignation comes following a year of controversy including fierce public backlash to emergency COVID-19 policies and a school board policy regarding the age-limit of students able to graduate.

Upham’s announcement also comes a day after reports of a federal lawsuit filed against the district concerning repeated harassment towards a Skyview High School student who was the victim of rape that allegedly went unaddressed for years. The majority of the allegations detailed in the suit, which occurred between February 2017 and September 2018, predated Upham's tenure as superintendent.

Upham said the lawsuit, which was filed in May, didn’t weigh into his decision and that he elected to announce his retirement on the Wednesday before Oct. 1 to trigger an early notification clause in his contract so the board would be able to get an earlier start on the process of finding his successor.

SD2 Board Trustee Zack Terakedis told the Gazette that Upham informed the board of his final decision Thursday and that they would begin the process to select his replacement in the coming weeks. He echoed Upham’s reasoning and said that age was the primary reason for his decision.

“We were quite sad when we heard the news,” Terakedis said. “Because we, as a board, felt that he had done nothing but good things during his tenure.”

In addition to his administrative career, he is the past chair and past president of the Montana ACT Council and has presented on the process of data-based decision-making, the importance of ACT course patterning, and the effectiveness of the Professional Learning Communities method of school administration. He has served on the Lewis and Clark Foster Care Review Board and the Wakina Learning Center Board.

He is currently a member of Rotary and the Yellowstone Boys and Girls Club board.

He emphasized the importance of ending his tenure with the district on a positive note.

“It’s been a challenge, but it’s been a great opportunity and I’m glad I got the chance to lead Billings Public Schools and I’m excited for them going forward,” he said.

At one point, the girl found a severed rat head pinned with a stake to her car door handle.

The bonds would have funded the construction of a new standalone school for the districts’ 7-12 grade students, a larger playground and improv…

A longtime philanthropist and education advocate in the Glendive community has left behind one more gift for her community by leaving a $1.8 m…

After a significant slump in scores widely attributed to remote-learning adjustments from the COVID-19 pandemic, SD2 test results since then s…

A tentative timeline for the search projected a final candidate to be narrowed down and offered a contract by the middle of April.

The school board is inviting the local public to give input on the next superintendent through a community survey.

The survey is intended to provide trustees input into their decision to select the successor to current Superintendent Greg Upham, who plans t… 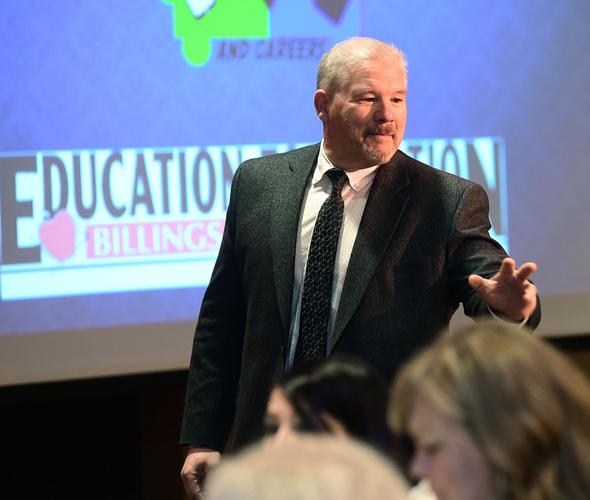 Greg Upham is superintendent of School District 2 in Billings, the largest school district in the state. 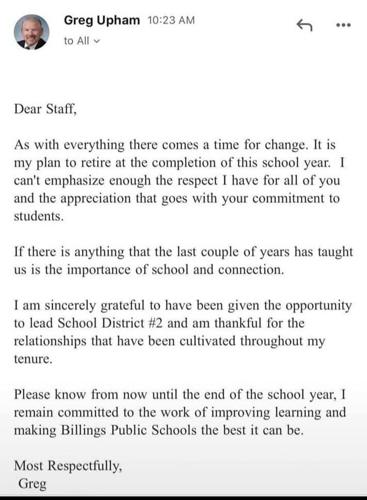 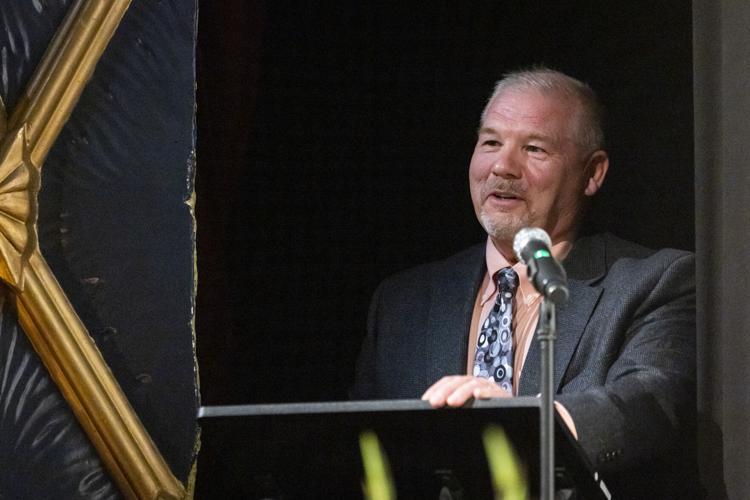 School District 2 Superintendent Greg Upham speaks during the Education Foundation for Billings Public Schools Salute to Education at the Babcock Theater in Billings on Wednesday, April 27, 2022.