The 19-year-old shot dead late Monday night after he shot a Billings Police sergeant had a long criminal history.

The sergeant, an eight-year-veteran of the force, was grazed on the arm by a shot from the teenager. It was the first time a police officer had been wounded by gunfire while on duty in many decades, Police Chief Rich St. John said during a press conference Tuesday.

The 11:30 p.m. incident began as a routine traffic stop. After a passenger in the car bailed out, the teenager sped away before his car was cornered by police in an alley behind Burnstead Drive at North 19th Street. Residents in the area were told to shelter in place.

The teenager, who hasn’t yet been publicly identified, fired at police through his windshield, hitting the sergeant, a patrol car and the armored ballistic shield being carried by another officer.

After up to four minutes of refusing commands from officers, police heard the suspect pull the slide back on a semi-automatic weapon.

The suspect then made the sign of the cross, pointed to the sky, and then got out of the car firing multiple rounds at officers, St. John said.

At least 13 Billings Police officers, three of them sergeants, were involved in the shootout, the chief said. The teenager died at the scene. The injured sergeant was taken to a nearby hospital where he was treated and released.

Police at the scene recovered the gun the suspect was using, and a second gun in the car.

Earlier in the evening, the suspect drove into the North Side alley behind Burnstead Drive. He was met in the alley by the sergeant approaching in his patrol car. Other officers arriving pinned the suspect’s car in the alley.

The sergeant who was grazed by a shot through his windshield, ducked in his patrol car and then rammed the suspect’s car before backing up again and returning shots.

“The realm of training is to get out of the kill zone and re-engage the suspect, so nice job on the officer’s part,” the police chief said.

Earlier in the weekend, Billings Police ended a five-hour armed standoff in the Billings Heights by using an armored truck to ram a hole in the suspect’s house where he held his wife and three children hostage.

The man, 44-year-old Robert Janz, had previous run-ins with the Billings Police and other agencies and said he feared the government was going to take his guns away. After his arrest, police took away as many as 30 guns from the residents.

The 19-year-old killed late Monday is the third person shot dead by Billings police this year.

On May 23, 36-year-old Curtis Dean Yellowtail was shot and killed by police after speeding away from the scene of what had been reported to as an armed assault. After crashing his car on the 1400 block of Industrial Avenue, the man got out of his car, held a gun to his head and then pointed it at police. The cops opened fire. The gun he had been holding was apparently a realistic-looking toy gun, according to photographs.

In early February, 39-year-old Raymond D. Dupree Jr. was shot dead by Billings Police Officer Bret Hilde after he pointed a gun at several strangers and then at the officer.

Altogether, at least 10 people have been killed by gunfire in Billings this year. Gwen Ann Marshall was found shot dead earlier this month in her home. David Antonio Rodas Sr., 57, was arrested and charged in connection to her death in the days that followed. Domonic Shawn Dale Morgan, 29, was shot and killed in the parking lot of a Billings bar last month. Police have identified the shooter, a 19-year-old man, but no charges have been filed.

“It is concerning that we’re starting to see little regard for property, certainly for people’s lives,” St. John said.

With numerous officers on leave, the chief said staffing the department was going to be tricky. With school ending, several School Resource Officers will be able to be re-deployed, and members of some task forces and special departments could be temporarily reassigned.

Billings Police Chief Rich St. John on Tuesday addresses incident in which 19-year-old was shot dead after shooting at police and wounding one…

The suspect in a five-hour standoff with police on Sunday feared the government was going to take his guns. After his arrest, police took as many as 30 guns from the home

A Billings teen is accused of firing multiple rounds out a car window and striking a home while driving around the city over the weekend with two other teens.

A Billings cab driver previously charged with DUI is now facing multiple counts of criminal endangerment after a crash in the city’s South Side over the weekend.

Michael Morado was killed in a shootout with police officers in an alleyway near North Park, according to a statement from Billings Police Lt. Matt Lennick. Lennick also named the 13 members of the Billings Police Department who fired the shots that killed the 19-year-old, all of whom are currently on administrative leave.

Robert Raymond Janz, 44, pleaded not guilty Thursday in Yellowstone County District Court to two counts of aggravated kidnapping. He is accused of holding members of his family hostage during the standoff. District Judge Colette Davies set the bond for Janz, who has no prior felony convictions, at $250,000.

A shootout in the Billings North Park neighborhood Monday that left a suspect dead and a police officer injured has reignited the debate about the number of parolees and probationers the state releases in Billings.

In answer to rash of gun violence, city officials turn to neighborhood barbecues

Billings' elected officials are calling on residents to organize neighborhood barbecues this summer as a way to draw communities together after a spring of violent crime. 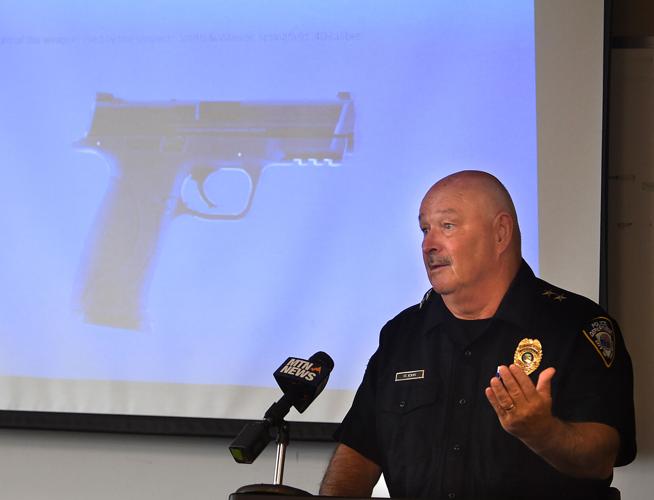 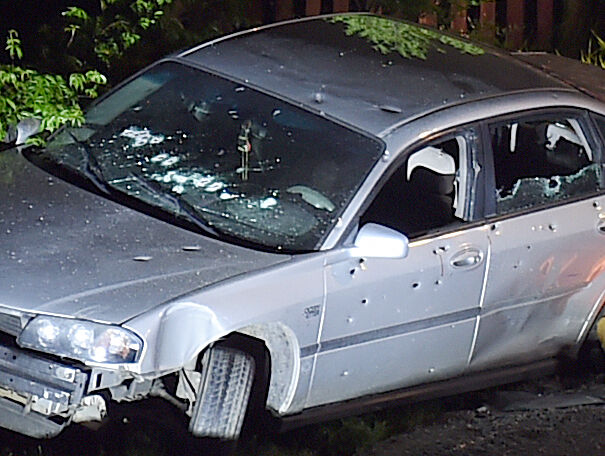 A bullet riddled car can be seen as Billings police investigate a shooting scene on Burnstead Drive early Tuesday. 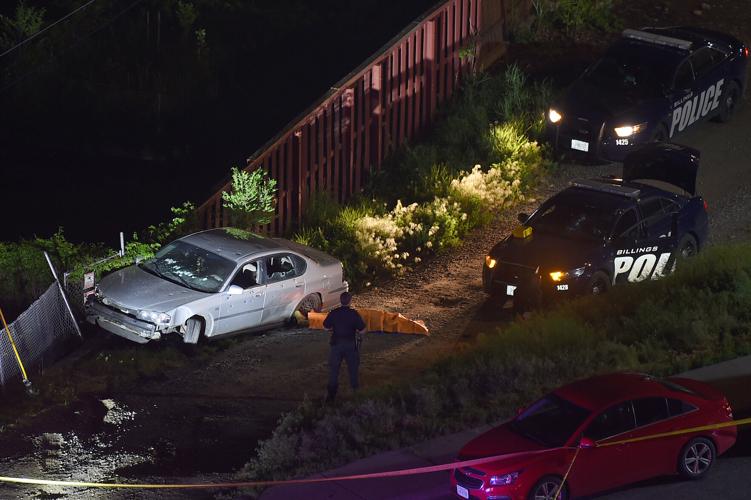 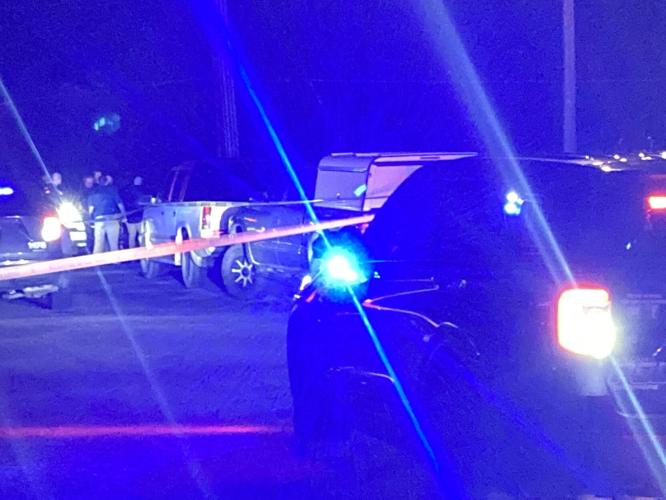 Multiple officers responded to the corner of Burnstead Drive and North 19th Street, where one person was killed in an apparent shooting May 30, 2022.