The flow of the Yellowstone River around Billings receded several feet overnight, and city residents were able to resume normal water use as of Thursday morning.

The water level has dropped to below 12 feet, according to a statement from city officials, down from the record-setting estimated 17.5 feet Wednesday. The surge along the Yellowstone caused crews to temporarily shut down the Billings City water treatment plant, and officials cautioned the city’s residents to limit their water consumption.

“We have never witnessed a situation like the one we saw yesterday. On Wednesday morning, we did not know how bad it could get or how long it would continue. It is always our intention to provide water to our community, but in that moment, it was not clear how long our supply would last,” wrote Victoria Hill, public information officer for the City of Billings, in a statement released Thursday.

The Yellowstone River flowed at above 15.5 feet throughout Wednesday, a level considered to be a major flood stage. A water level above 15 feet also threatens the function of the city water treatment plant. The silt and debris carried by the river caused the plant workers to shut down operations around midnight Tuesday, the Gazette previously reported. The plant is now operating at normal capacity, Hill wrote.

Although damage to roads and bridges in Yellowstone County are reportedly minimal, rural residents in the county were wading through floodwaters throughout Tuesday and Wednesday as a historic and destructive amount of water rushed from the Beartooth Mountains into central and southern Montana waterways.

Towns and communities all along the Yellowstone River should expect a rise in the river level through the next few days.

River levels at Billings begin to flatten, water plant back in operation

Billings Public Works officials warned city leaders Monday night that if the river crested at 15 feet it would put the water and wastewater treatment plants in jeopardy. By Tuesday evening crews had placed sandbags and taken measures to protect equipment there as the river hit 15 feet.

Yellowstone County saw relatively little damage compared to other counties in the region as the Yellowstone River began to recede on Thursday.

A surging, flooded Yellowstone River left a trail of debris and damage at the Billing water treatment plant, and city officials estimate the costs for clean up and repair could hit $500,000. 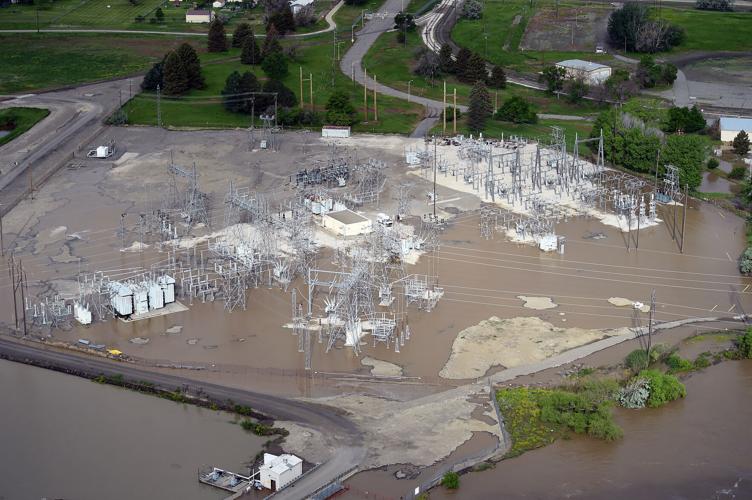 Water flows into the power substation at the Billings Water Treatment Plant as the Yellowstone River hits the highest level on record Wednesday morning. 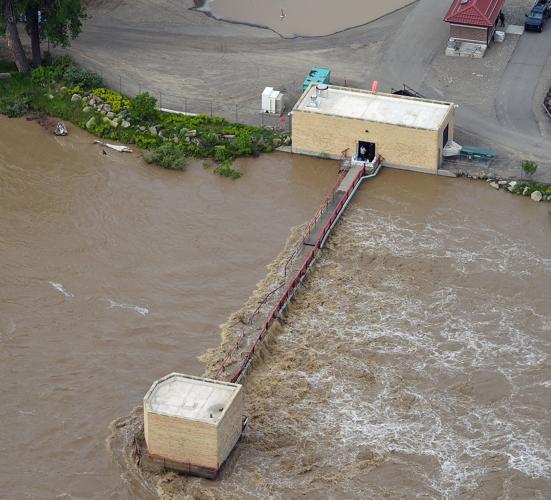 Water flows over the walkway to an intake for the Billings Water Treatment Plant as the Yellowstone River at Billings hits the highest level on record Wednesday morning.