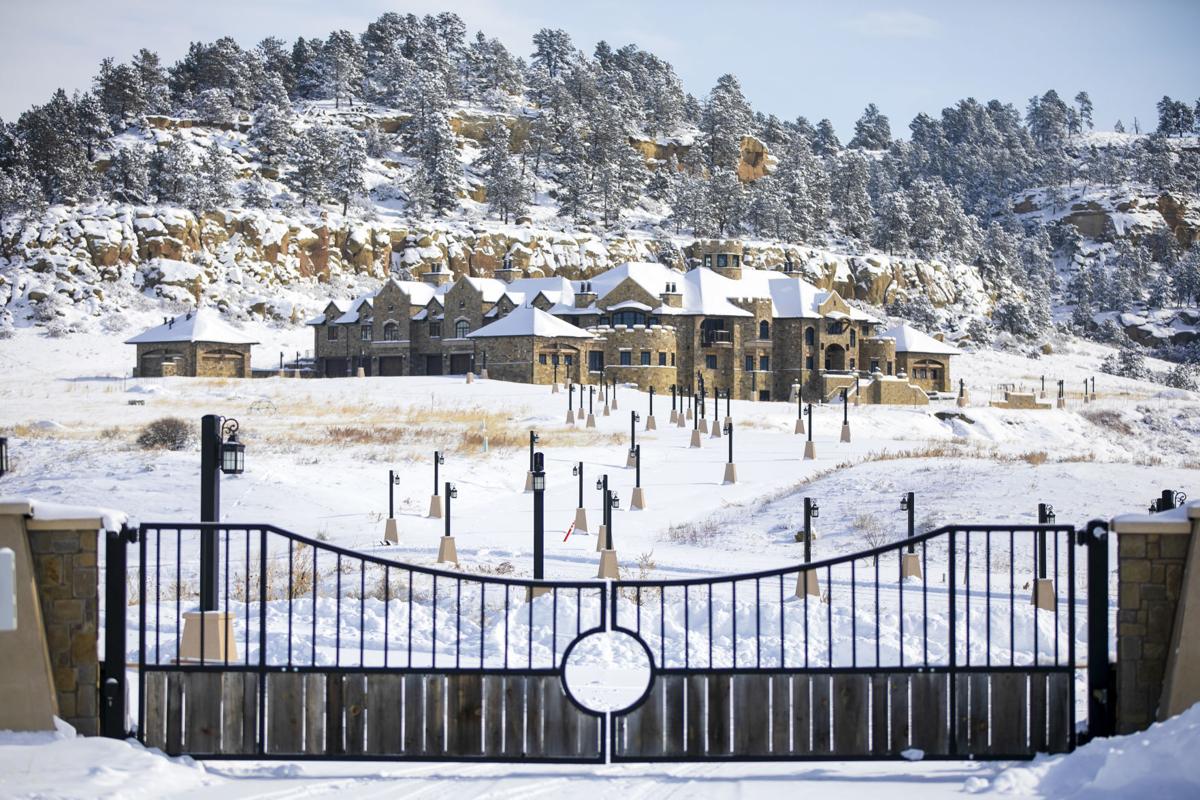 The mansion in Ironwood Estates formerly owned by Larry Price is covered in snow Wednesday in Billings. The house, which is owned by the investor group Three Blind Mice, is under contract to be sold and is listed at a price of $11.5 million. 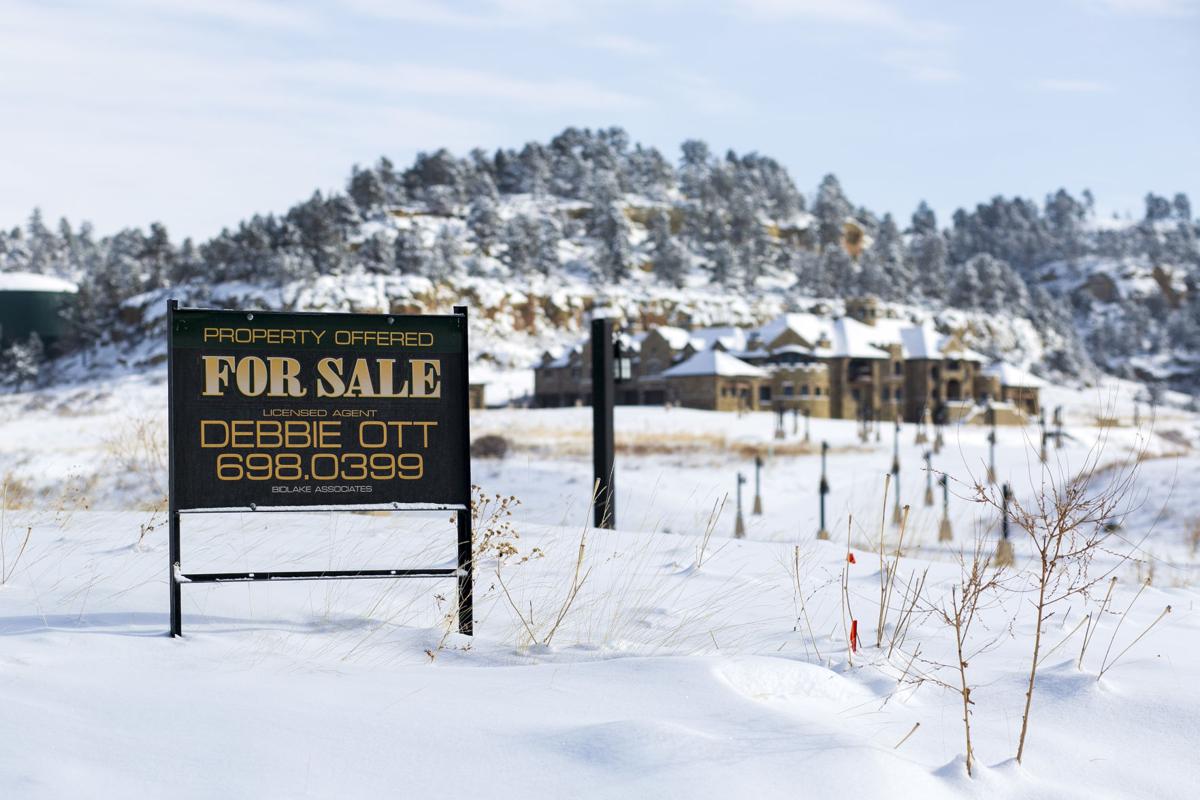 A for sale sign is posted outside the mansion in Ironwood Estates formerly owned by Larry Price Wednesday in Billings.

Editor's note: This story has been updated to clarify the asking price for the home.

The now-infamous mansion on Billings’ West End dubbed ‘the castle’ is under contract for sale.

The information came from Missoula real estate agent Dawn Maddux who is representing both the prospective buyer and the seller.

Maddux made the announcement in a Facebook post. In a phone call Wednesday, she said there wasn’t much information she could share because the deal was still tentative. She said it could take a month or more for the deal to finalize.

Randy Nelson, attorney for the limited liability company that currently owns the property, said he could not discuss the sale because it was not yet completed.

Homes under contract can still return to the market if problems arise with the terms the parties agreed to.

The home was listed for sale at $11.5 million. It's unknown what the potential buyer's offer is on the home.

The 26,000-square-foot residence in Ironwood Estates on the city’s far West End, was formerly owned by Larry Price Jr., a vice president at Signal Peak Energy. Price had the mansion built while he was running a scam on multiple victims. He stole tens of millions of dollars from both his employer and from a series of private investors.

Builders and material suppliers for the 10-bedroom, 19-bathroom mansion have still not been paid in full. (Four of the bathrooms are half bathrooms and 15 are full bathrooms.)

Price signed over the property and seven other properties in Montana and Virginia to Three Blind Mice in a quitclaim deed in 2018, as his financial schemes were collapsing and creditors were demanding payment. Price had borrowed $7.5 million from the group with the promise to repay $11 million in total, but never delivered.

Price later attempted to backtrack and reclaim the Billings mansion, saying he was under duress when he agreed to sign over the property, but the court rejected his arguments.

Price has been sentenced to five years in prison.

Three Blind Mice is last in line to receive payment from any sale of the mansion. After closing costs are paid and a federal tax lien satisfied, money will go to the builders and material companies still unpaid for their work. That includes $415,436 to Kisling Quality Builders, $702,609 to Montana Ironworks, and $29,000 to Top Line Services.

Next, $1.7 million in fraudulent funds traceable to the mansion will be set aside in an account with the court clerk, subject to forfeiture by the government.

Other companies or investors owed money by Price were blocked from their attempts to claim a stake in the mansion. P&H Trucking and My Company claimed $6.2 million in loans that Price had failed to repay, but a judge said they had not satisfied the legal requirements to make a claim on the Billings property. A Montana Supreme Court order upholding that decision was issued in November.

The Billings mansion was the site of a large New Year's Eve party, hosted by Billings Lifestyle Magazine. Calls to the contacts listed for the publication's event were not returned on Wednesday.

— Editor's note: On March 4, attorney Randy Nelson contacted The Gazette to say that because he had been misinformed he was inaccurate in stat…

The mansion in Ironwood Estates formerly owned by Larry Price is covered in snow Wednesday in Billings. The house, which is owned by the investor group Three Blind Mice, is under contract to be sold and is listed at a price of $11.5 million. 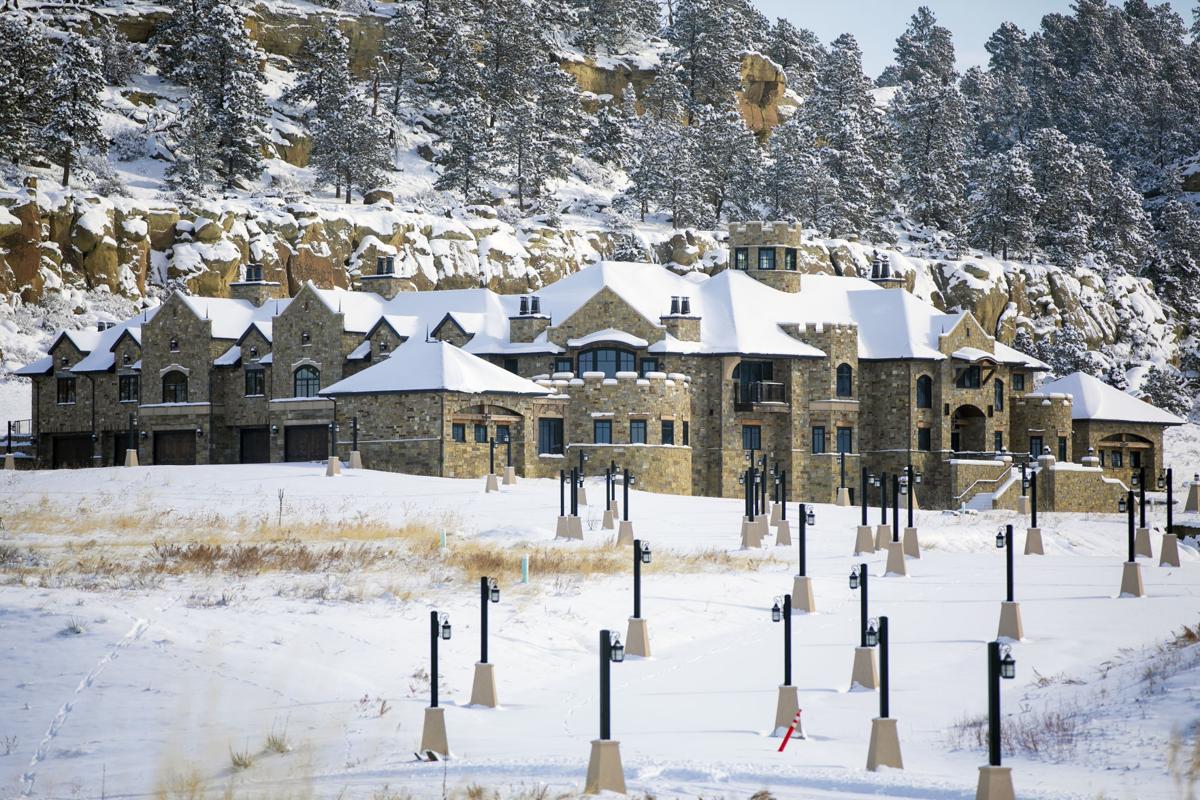 A for sale sign is posted outside the mansion in Ironwood Estates formerly owned by Larry Price Wednesday in Billings.