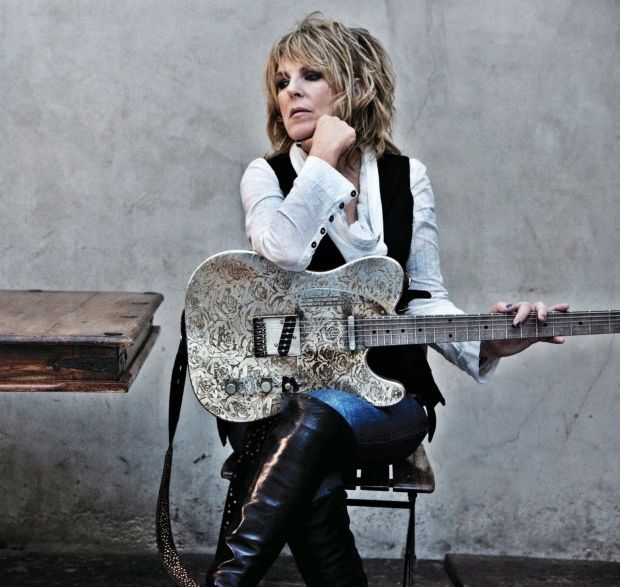 Lucinda Williams digs deeper into her Memphis country soul roots with her new two-CD release, her best work since “Car Wheels on a Gravel Road.” 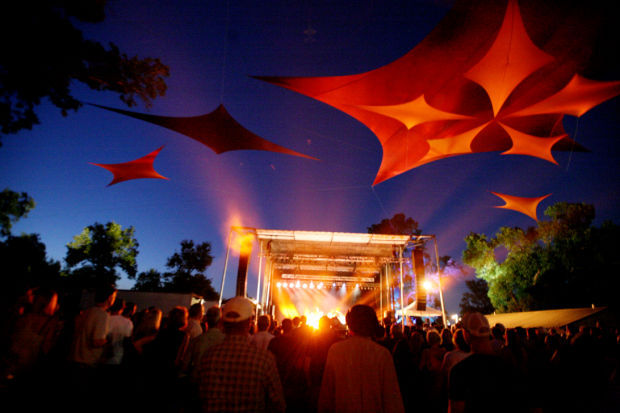 Fans listen to Ben Harper and Charlie Musselwhite at Magic City Blues at South Park in 2014. The shade sales were a big hit last year and they'll be back again. 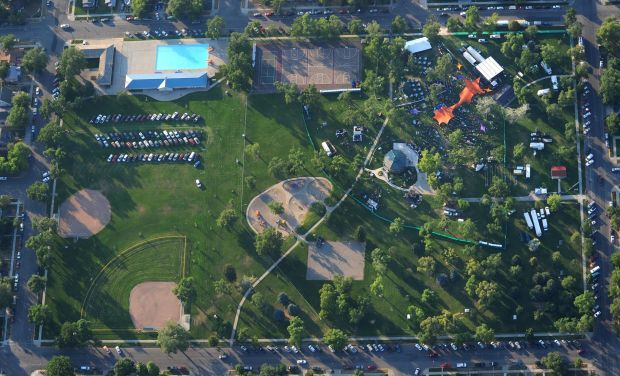 An aerial view shows the Saturday evening Magic city Blues Festival in South Park on Aug. 9, 2014. The Last Best Country Fest will be held at South Park on July 10 and 11 this year at MCB will be July 30-Aug. 2.

Tim Goodridge thought he would find a music festival to run while he looked for a real job.

That was 14 years ago and since then, Magic City Blues has brought more than 150 music acts to Billings and brought people from throughout North America to Billings for what has grown to be a four-day festival with three venues.

Goodridge announced on Tuesday that Buddy Guy, John Fogerty and Lucinda Williams will headline this year's festival on a new weekend, July 30 through Aug. 2.

Tim and his wife, Pam, had just moved back to Montana after spending a few years living and working in Vancouver, British Columbia, when they came up with the idea of bringing more music to Billings.

“It was something that was conceived as a sideline, and it has become my life,” Tim said. After I have done this for a while, it’s hard to imagine doing anything else. You get addicted to the adrenaline of it.”

The hardest part is waiting for acts to confirm. He puts out the bid and then starts the process of waiting for the headliners to sign on the dotted line.

This year, there will be a few changes to make the festival even more successful, Goodridge said.

Most notably, the dates are changing. After hosting the event on the second weekend of August since its inception, Goodridge moved it to the first weekend in August for a few reasons. In 2002 when Magic City Blues launched, it was the only big music festival happening in the area. Rockin’ the Rivers started in 2001 and Rockin’ the Railroad started a couple of years ago in Sheridan, Wyo., on that same weekend.

Then, there’s Montana Fair, which opens the second weekend of August and often features its night shows that weekend.

“I’m a firm believer that you can’t just stick to the same formula every year in entertainment. If you do, you lose your fan base over time,” Tim said.

The festival kicks off with a free show on July 30 at St. John’s Lutheran Home, featuring Billings native Guthrie Brown with his project, Guthrie Brown and the Family Tree.

Guy will headline the show on July 31 on Montana Avenue. Kelley Hunt opens for Guy, and The Congress opens the evening. The second stage will feature Jarekus Singleton, Steepwater Band and the Austin Young Band.

Fogerty headlines the Aug. 1 show at South Park. O.A.R. will open that show.

Goodridge is also tapping into Billings’ growing food truck culture and arranging to have four or five of the trucks on Montana Avenue and at South Park.

He is working with Century Link to bring Wi-fi to the South Park site so he can set up 60-inch screens to display fan selfies taken on social media sites like on Instagram and Twitter.

“I don’t know if anybody has ever done it here before. People are going to love posting photos of themselves. This is one of the few moments that people gather together. It makes you feel more a part of what’s going on.”

Finding just the right band for the right venue, audience and time of day is the challenging part of what the Goodridges do every year.

George Thorogood, who came two different years to MCB, was the biggest draw. Other acts who brought in the biggest numbers over the years were Blues Traveler, the Black Crowes and Michael Franti.

“Franti really opened the door for us to offer different styles of music,” Goodridge said.

Tickets go on sale at 8 a.m. on Friday at Holiday stores in Billings, Cactus Records in Bozeman and at www.magiccityblues.com. Tickets are $49 for general admission for Friday, July 31, or Sunday, Aug. 2, and $69 for the Saturday, Aug. 1, show. Three-day passes are $139.

Goodridge is also launching the Last Best Country Fest featuring country acts on July 10 and 11 at South Park. Headliners are Big & Rich on July 10 and Hank Williams Jr. on July 11.

Take a look at photos from Magic City Blues over the years.

Images of the final night of Magic City Blues at South Park.

Images of the second night of Magic City Blues in South Park.

Lucinda Williams digs deeper into her Memphis country soul roots with her new two-CD release, her best work since “Car Wheels on a Gravel Road.”

Fans listen to Ben Harper and Charlie Musselwhite at Magic City Blues at South Park in 2014. The shade sales were a big hit last year and they'll be back again.

An aerial view shows the Saturday evening Magic city Blues Festival in South Park on Aug. 9, 2014. The Last Best Country Fest will be held at South Park on July 10 and 11 this year at MCB will be July 30-Aug. 2.