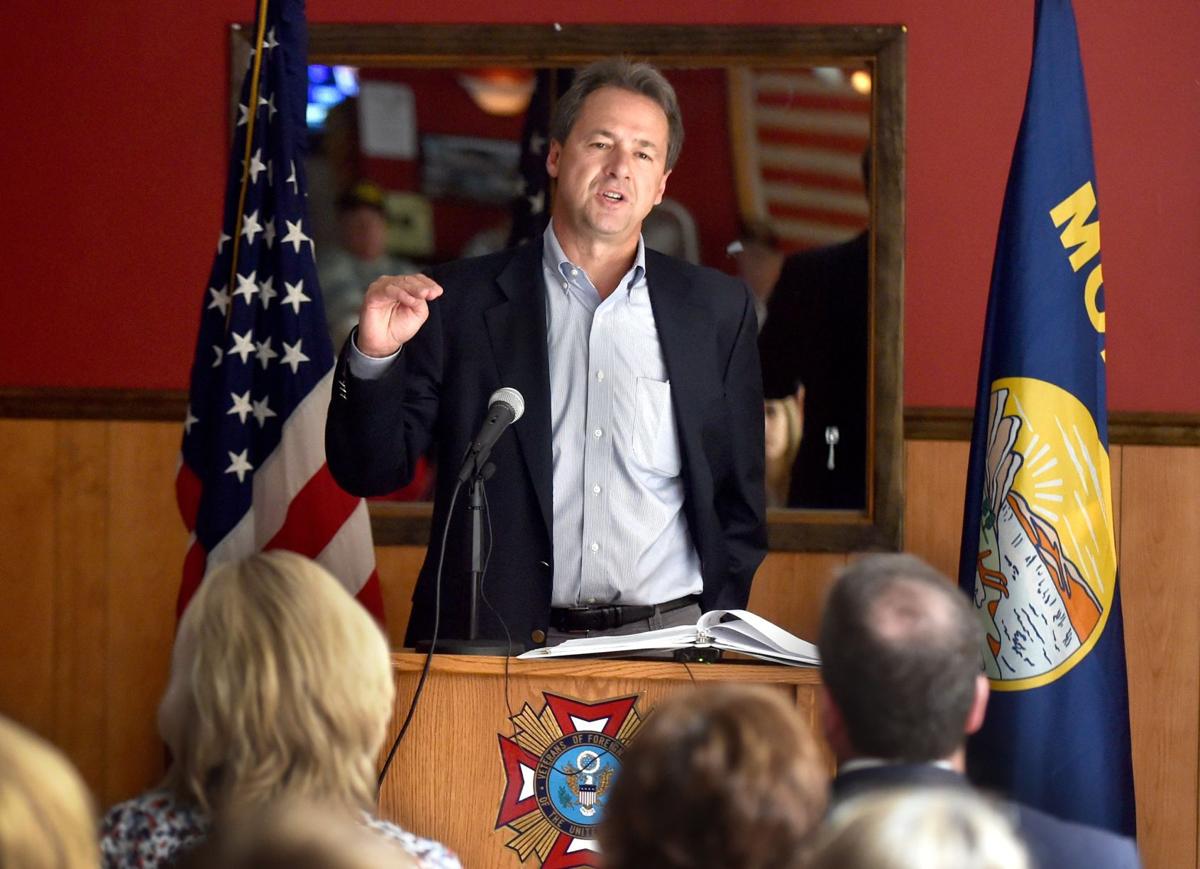 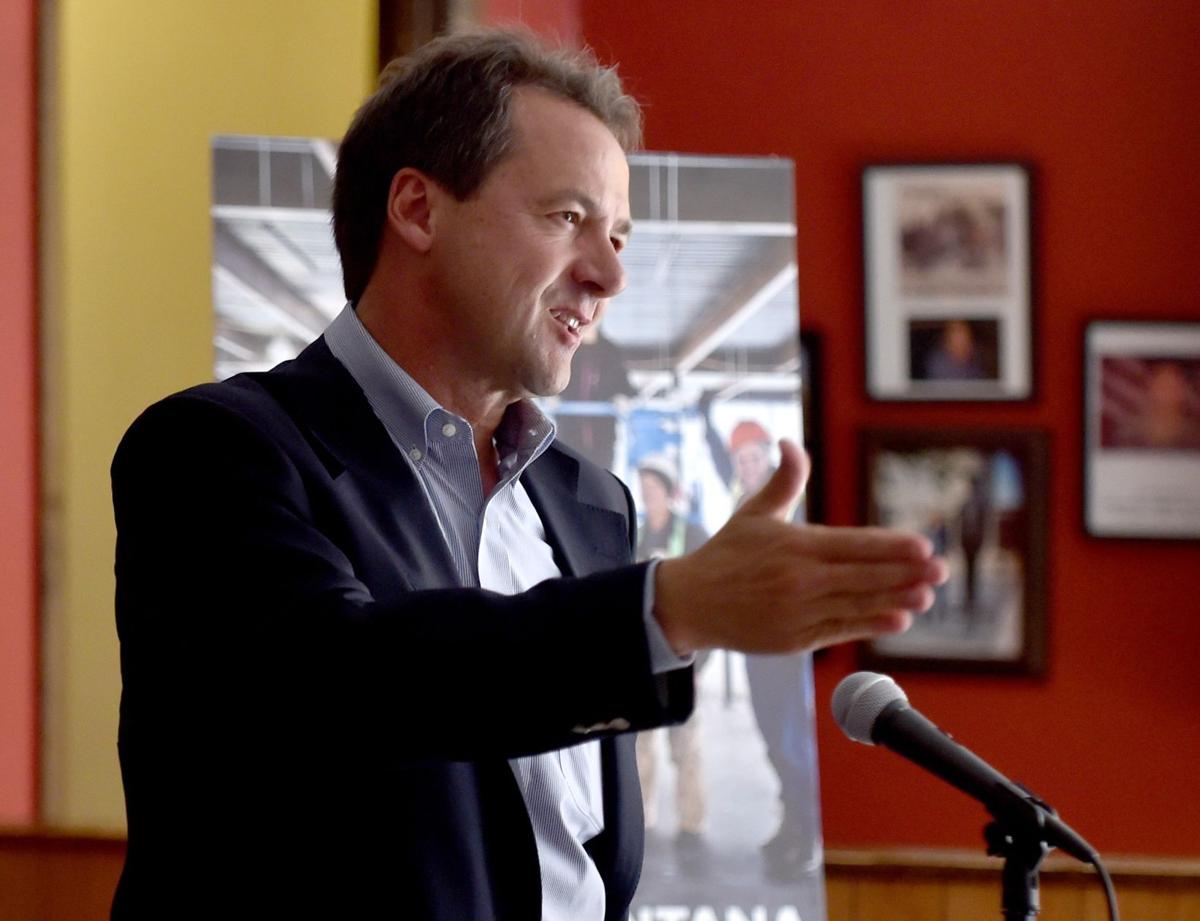 A day after rolling out tax proposals designed to spur job growth, Gov. Steve Bullock brought his pitch to Billings as Montana’s economy continues to be a political football in the gubernatorial election.

Greg Gianforte, Bullock’s Republican challenger, has relentlessly characterized the state as economically floundering, especially on wages. But Bullock has said the state is doing pretty well and that he knows how to keep it going in the right direction.

Bullock's plan includes waiving 75 percent of the state business equipment tax for a new business or a business expansion for the first five years. Republicans have long targeted cutting or eliminating the tax on equipment purchased by businesses, and in 2013, Bullock signed a bill that reduced the tax rate and raised the minimum purchase amount that triggers the tax from $20,000 to $100,000.

Bullock also said his plan would give businesses a $1,000 tax credit for each employee offered on-the-job training and a $2,000 credit for every veteran hired.

There’s a big “if” accompanying the plan: its introduction for the 2017 legislature is dependent on Bullock being re-elected.

Gianforte argued that Bullock had four years to deliver tax relief and failed to do so. Gianforte proposed his own tax plan in April that calls for eliminating the business equipment tax and setting the maximum income tax rate at 6 percent. He noted that Bullock vetoed multiple Republican tax measures in the past legislative session.

"If the governor had actually done something these last four years, we probably wouldn't be in this position," Gianforte said.

Defining what that position is remains a point of contention between the two campaigns; Bullock cited statistics like Montana’s 4.2 percent unemployment and strong manufacturing growth between 2010 and 2015. Gianforte has repeatedly emphasized that Montana is 49th in average wages compared to other states.

"In this case, Republicans want you to think the economy in Montana is awful while Democrats want you to believe it has never been better," Dave Parker, a political science professor at Montana State University, previously told the Associated Press. "The truth is likely somewhere in the middle: the economy shows signs of vitality and strength, but we are behind relative to our peers on some measures."

On Wednesday, a business owner advocating for Bullock’s plan steered clear of the larger economic picture, but said that he couldn’t hire skilled employees fast enough.

Max Griffin, an owner of Billings-based Action Electric, said his company has about 15 apprentices in its training program. They mix on-the-job experience with classroom learning, getting paid while earning certifications.

“Right now, if you need a journeyman electrician in the state of Montana, try to hire one. It’s impossible,” he said.

The Bakken slowdown has led to a “modest decline” in business, he said, “but not anything significant.”

Each of the apprenticeship positions would qualify for a tax credit under Bullock’s plan.

The tax incentive is especially important for small businesses that might find it more difficult to devote resources to training, Bullock said.

Brent David Skelton, 32, pleaded guilty to two counts of sexual assault of children under 12 years of age as part of a plea deal reached earlier this year with county attorneys.

Firefighters from multiple agencies were dispatched Sunday to a wildfire in the Beartooth Mountains near Robertson Draw in southern Carbon County.

A 24-year-old Laurel man was sentenced to life in prison Monday for the 2019 murder of Lori Bray, 57.

The Carbon County Sheriff's Office Monday afternoon began to give evacuation notices to people living in homes north of the Robertson Draw fire.

Two arrested after Wednesday standoff on Billings South Side

The man killed in a crash on Highway 212 near Roberts on Saturday afternoon has been identified as Richard Calloway, 55, of Billings.

A 55-year-old man is dead after a Saturday motorcycle crash in Carbon County that witnesses say happened after the man waved at other motorcyclists.