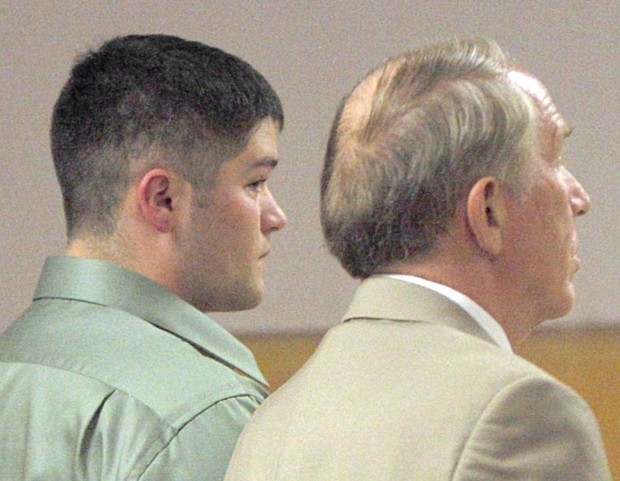 Allen Goff and his attorney Jack Sands wait for the jury to be dismissed. 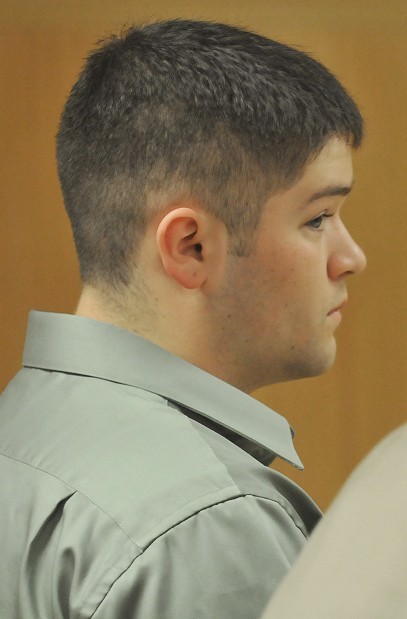 Allen Goff watches the jury during his trial on Tuesday.
Gazette Staff

A Billings teenager who shot another teen in the leg following a late-night gathering of friends was acquitted Tuesday of felony assault with a weapon.

After about four hours of deliberations, a District Court jury said 17-year-old Allen Goff was not guilty of the charge for the July 27 shooting outside a house on Avenue C.

Goff was visibly relieved when the verdict was announced. His attorney, Jack Sands, argued during the two-day trial that Goff shot the other teen in self-defense.

Jury foreman Steve Strutz said the panel wrestled with a difficult decision but could not conclude that Goff committed a crime.

“It was just such a volatile and hostile situation and there was just so much reasonable doubt,” Strutz said.

The shooting followed a night of drinking by a small group of friends, including the victim, Christopher Ortiz. Goff left the house shortly before 3 a.m. just after Ortiz threw a drink at him.

Ortiz followed Goff outside, according to witnesses at the trial, and the two met in the street where a verbal confrontation ensued.

Witnesses gave differing accounts of what happened in the moments prior to the shooting. Two teens who testified for the prosecution said Goff and Ortiz had been separated and were standing on opposite sides of the street when Goff twice fired a 9 mm Glock pistol, hitting Ortiz once in the knee.

A third teen, and the only witness to testify for Goff’s defense, told the jury that Ortiz advanced on Goff and continued to hurl verbal insults even after Goff fired the first shot into the air.

Defense attorney Jack Sands argued that the shooting was self-defense and a justifiable use of force because Goff felt threatened and scared by Ortiz’s actions. Goff tried to avoid Ortiz, Sands told the jury, but Ortiz would not leave him alone.

During the confrontation, Ortiz grabbed Goff’s arm and put the gun to his own head, challenging Goff to pull the trigger.

Goff “did everything that night but stand on his head to avoid a conflict,” Sands told the jury during closing statements.

Goff did not testify.

Deputy County Attorney Christopher Morris argued that the shooting was not justified. Goff was not in imminent threat of harm during the confrontation where he was the only person armed with a weapon, Morris said.

Evidence at the scene showed Goff shot Ortiz from a distance, Morris said, and then ran away without calling for help or staying to give a statement to police.

The shooting was not a reasonable or justified act of self-defense during what amounted to a “schoolyard fight” between two young men, Morris said during closing statements.

Goff was charged under the state’s hate crimes law, which provide for an enhanced sentence. But evidence supporting the prosecution’s allegation that the shooting was racially motivated was tossed out before the trial by Judge Ingrid Gustafson.

Evidence found in Goff’s backpack when he was arrested showed he was a member of a white-supremacist group known as The Creativity Movement. The Montana Human Rights Network, a nonprofit watchdog group, said recently that it has been tracking Goff’s activities for several years.

Prosecutors alleged that Ortiz, who is Hispanic, and Goff were friends until Goff’s racial beliefs became well-known.

Two days after he was acquitted of a shooting that prosecutors said was racially motivated, Allen Goff showed up at a public exhibit in Billin…

A $5,000 arrest warrant was ordered Tuesday for the 18-year-old reputed leader of white supremacist group who was acquitted of assault charges…

Allen Goff, a teenager believed to be the leader of a local white supremacist group, was in jail Tuesday night after Billings police officers …

Allen Goff and his attorney Jack Sands wait for the jury to be dismissed.

Allen Goff watches the jury during his trial on Tuesday.
© Copyright 2021 Billings Gazette, 401 N Broadway Billings, MT | Terms of Use | Privacy Policy
Powered by BLOX Content Management System from TownNews.com.
You don't have any notifications.