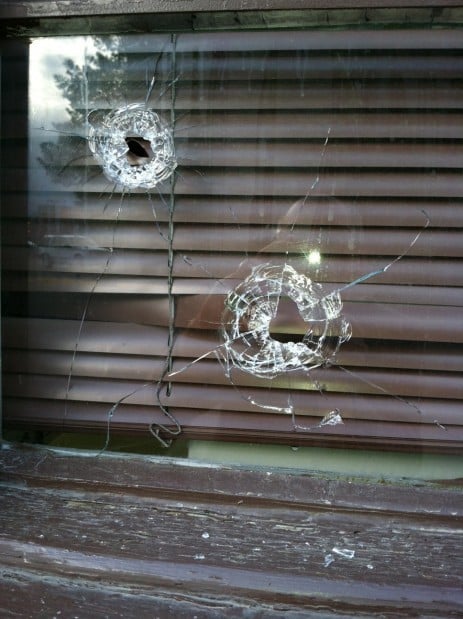 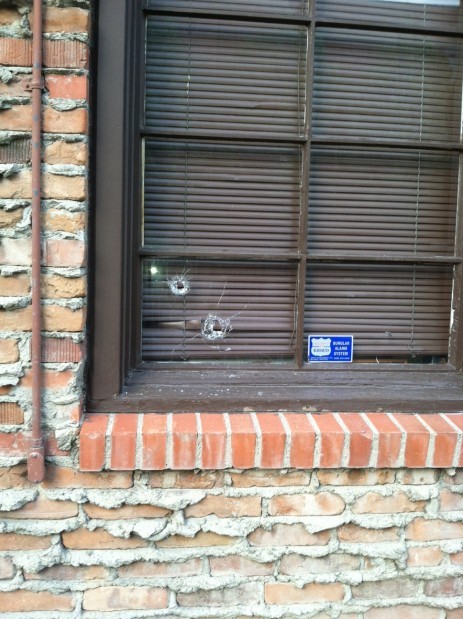 The Dude Rancher Lodge was open for business and cleanup was under way on Friday, a day after an early-morning shootout with police officers in the lobby left one man dead.

Workers for B and B Disaster Restoration of Billings hauled out bags and boxes of debris including pillows and coffee makers damaged in the shooting at the motel, 415 N. 29th St.

“There are a lot of bullet holes and broken stuff,” said Marty Brownlee, B and B’s owner. The cleanup will take a couple of days and will include replacing carpeting because there was a lot of broken glass, he said.

Brownlee estimated there were 50 to 60 bullet holes in the area where the shooting occurred. “It must have been like a war zone. He was firing as he came out,” he said.

Todd Graves, the motel’s general manager, declined to comment Friday other than to say the downtown motel and restaurant are open.

Michael Brandon, 29, was shot and killed by police after he locked himself in a bathroom near the lobby, fired shots through the door, then came out charging the officers while shooting. No one else was hurt.

The shooting comes about two weeks after a crew from Travel Channel’s “Hotel Impossible” finished five days of filming a makeover at the motel. The show’s host, Anthony Melchiorri, helps struggling hotels by working with management and owners while crews renovate a handful of areas. The episode on the Dude Rancher is expected to air sometime in June.

Steve Brandon, uncle of Michael Brandon, 29, who died in a shootout with police early Thursday morning, doesn’t blame the officers.

For the second time in less than a year, a camera crew from “Hotel Impossible” filled the reception area of the Dude Rancher Lodge.

Billings Police are investigating a stabbing at a downtown hotel after a man approached the front desk with stab wounds.