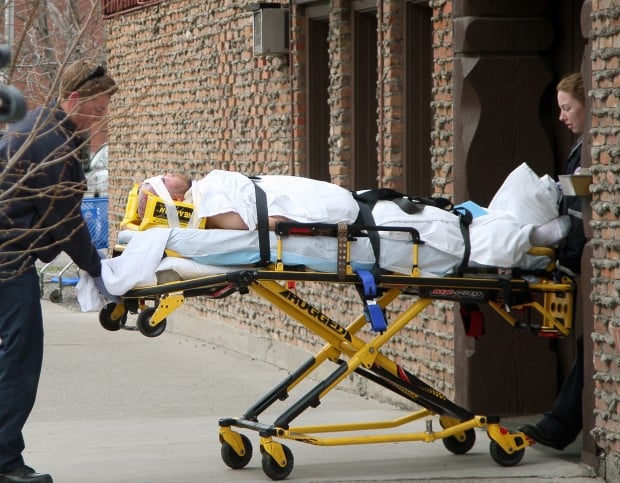 Emergency workers prepare to transport the victim of a fight in a room at the Dude Rancher Lodge in downtown Billings on Tuesday. Police identified the victim Thursdsay as Randell J. Glasser, 44, a transient. 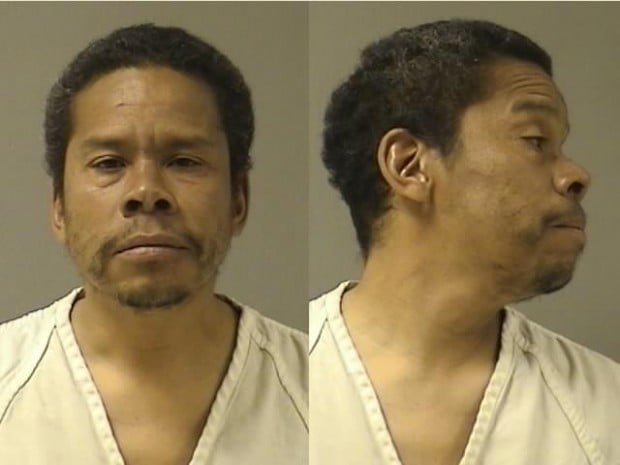 A Billings man was in critical condition Tuesday night after a fight at a downtown hotel that left him with serious head wounds and a possible stab wound, police officials said.

﻿At about 4:45 p.m., officers, firefighters and an ambulance crew responded to a report of a disturbance in a room at the Dude Rancher Lodge, 415 N. 26th St., Billings Police Sgt. Mitch Hart said.

When they arrived, they found the man in Room 203 and a short time later, emergency crews brought him out on a stretcher and loaded him into an ambulance, which took him to Billings Clinic.

A short time later, police arrested Joseph Allen Wilson, 43, in connection with the incident, Hart said. Wilson was booked into the Yellowstone County Detention Facility on suspicion of aggravated assault.

It wasn’t immediately clear what led to the assault or how the two men know each other.

The Billings Fire Department and American Medical Response were also on scene.

A 44-year-old Billings man remained in critical Wednesday afternoon after a Tuesday evening incident at a downtown hotel.