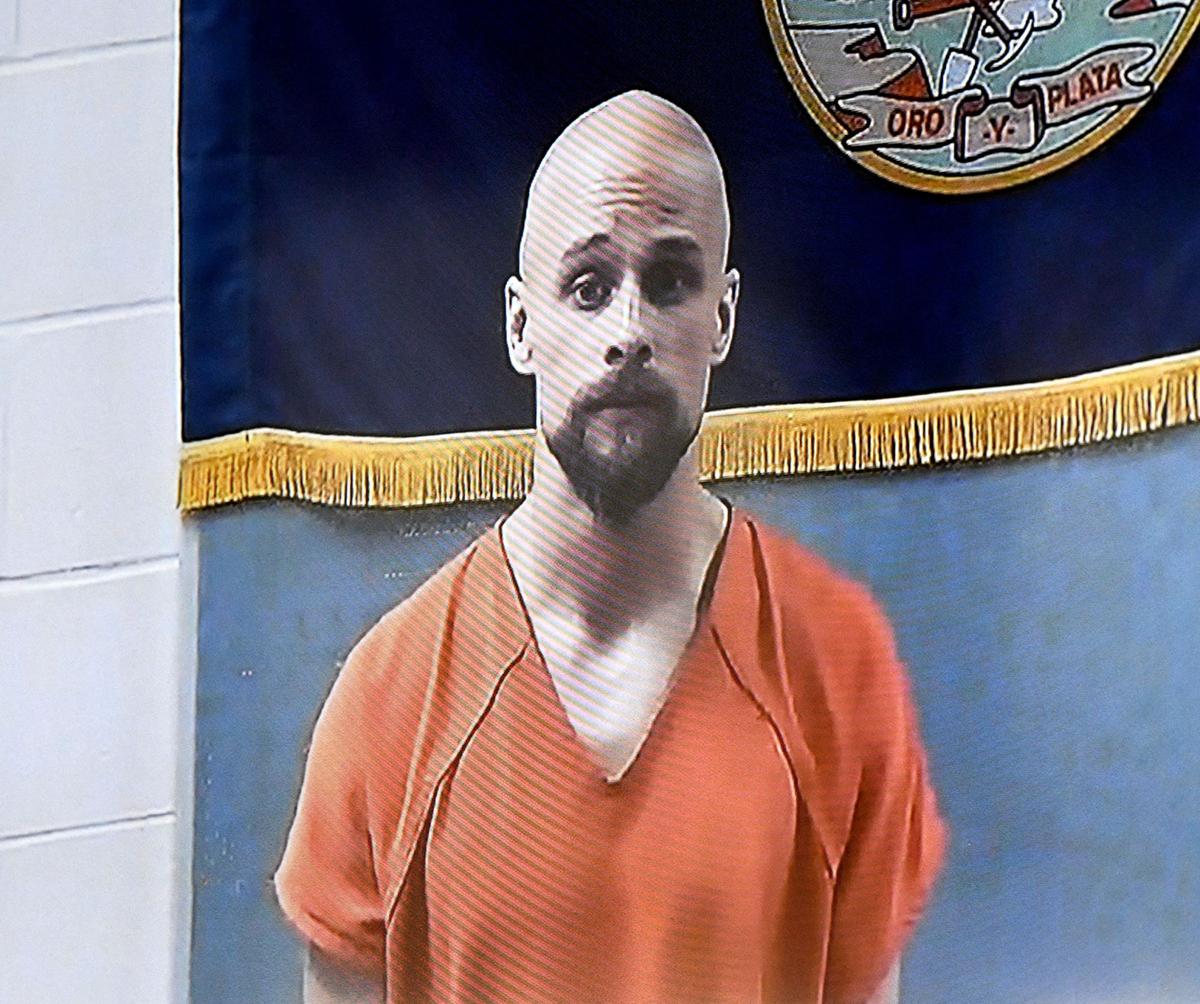 Brandon Bryant appears via video in Missoula District Court on Thursday. Bryant was charged for threats in official and political matters for allegedly threatening in a video to "hunt down and eliminate" city officials. 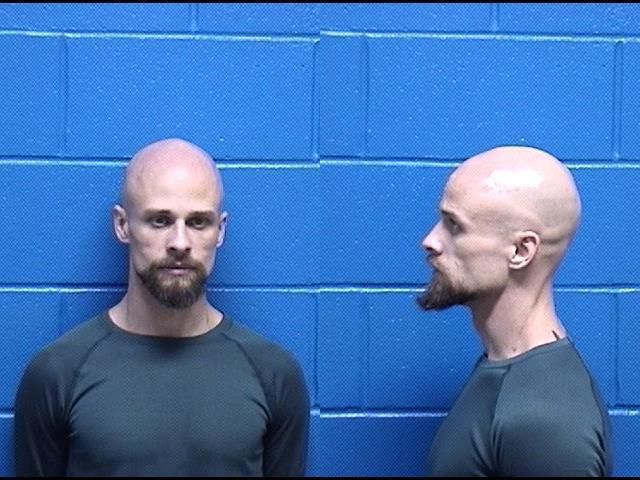 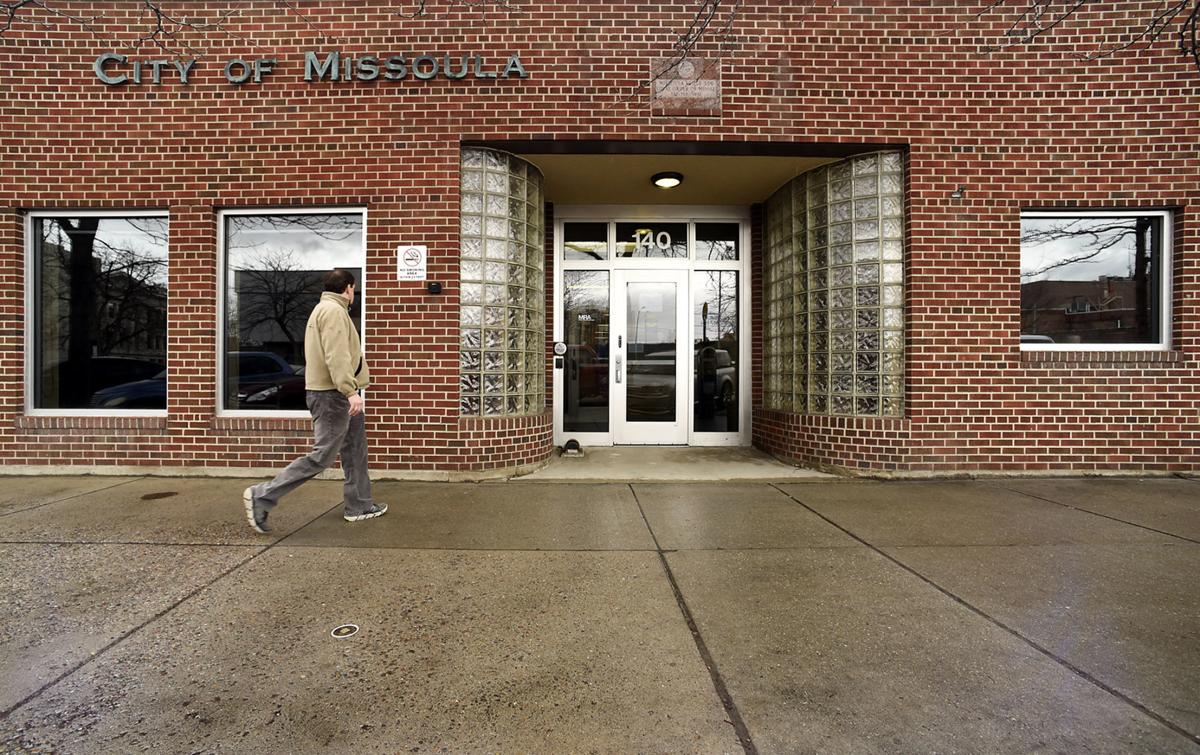 The 34-year-old man who was indefinitely banned from Missoula City Council meetings a week ago for making threats against city officials in a Youtube video has been jailed on $100,000 bond.

Brandon Bryant, who allegedly threatened in a December Youtube video to “hunt down and eliminate” city officials, was charged in Missoula District Court on Feb. 7 for threats in official and political matters, a felony that carries a possible 10-year prison sentence and $50,000 fine.

At his initial appearance on Thursday, Judge Shane Vannatta held Bryant's bail at $100,000.

Bryant denied the allegations multiple times as he appeared via video from the Missoula County Detention Center on Thursday. Deputy County Attorney Selene Koepke told the judge prosecutors sought the high bail because they believed Bryant to be a threat to public safety.

"Those videos had a terrifying effect, and while the state acknowledges that some of his language is cryptic and vague, it is clearly threatening and essentially threatens mass murder," Koepke said.

Bryant became an imposing character in City Hall last November, when he erupted in a diatribe against city officials over tax increment financing, or TIF, and its role in fostering more business for a small number of developers. The explosion at the Nov. 18 meeting prompted Mayor John Engen to call the meeting into recess rather than allow Bryant to continue hollering from the podium.

After Bryant was issued a written notice of trespass from City Council meetings a week ago, Interim Police Chief Mike Colyer told the Missoulian law enforcement was both investigating whether Bryant’s conduct crossed the threshold for criminal activity and working to connect him with resources if he “was struggling with personal problems.”

Thursday, Missoula City Council Vice President Gwen Jones said she hopes Bryant "gets the resources and help that he needs" and that the council can "return to normal city government dynamic."

"It would be irresponsible to not take something like this seriously," Jones said.

Charging documents filed Feb. 7 state multiple council members brought Bryant’s activity to a police officer’s attention during a Jan. 29 training, reportedly disturbed by the large walking staff he had banged on the table during the public comment period.

On Jan. 30, Council President Bryan von Lossberg emailed the officer a Youtube video titled “Brandon Bryant promises to ‘eliminate’ people over the next year.” The man in the video, who identified himself as Bryant, identifies the City Council members as targets to be “eliminated,” according to charging documents.

In other parts of the video, prosecutors wrote Bryant is unclear to whom he is referring when he states “all you deserve to be eliminated.”

One of the videos posted to Youtube contains images from the City Council meeting in which Engen gaveled Bryant down in November. Additional videos posted by the account, believed to be run by Bryant, include tirades about killing “his enemies.”

When interviewed by the officer, Bryant reportedly said he made the video “to get a response.”

“While Mr. Bryant admitted to making the videos and posting them, he stated that the username Pick Your Battles was actually used by a former colleague and used to portray him in a negative light,” Missoula County prosecutors wrote in charging documents.

On Thursday, Bryant spoke several times, against his public defender's advice, and denied directing the video into the council's view.

"It was someone else who took my video and sent it to the council, under the guise of me threatening, and I never threatened anyone," he said.

The courtroom gallery was nearly full Thursday with Bryant's family and supporters. Rembrandt Miller and others who attended the hearing on Bryant's behalf told the Missoulian they believed the charges were meant to silence those who speak out against TIF funding, but conceded Bryant's video was not justified.

"The video is indefensible," Miller said. "I think he has a tendency toward hyperbolic language, and I don't think that's helpful to his situation."

"His bark is worse than his bite," said another supporter, Troy Callihan.

Bryant was booked into the Missoula County Detention Facility on Tuesday, according to jail records.

Please sign up on Missoulian.com to subscribe to Under the M, the weekly email about the University of Montana and higher education news in Montana.

This story has been updated to reflect Troy Callihan said Brandon Bryant's "bark is worse than his bite," referring to Bryant's alleged threats to "eliminate" the Missoula City Council.

The Montana Supreme Court is being deluged with input regarding its pending decision on how to handle a Yellowstone County judge’s misconduct case.

Logan Dallas Christopher, 25, of Stevensville was formally charged with killing the mother of his two young children and his own mother at a hearing Thursday in Ravalli County Justice Court.

Brandon Bryant appears via video in Missoula District Court on Thursday. Bryant was charged for threats in official and political matters for allegedly threatening in a video to "hunt down and eliminate" city officials.