Shots fired at around 10 p.m. drew residents from their homes, and police lined the streets at 22nd Street and Sixth Avenue. American Medical Response workers took the man, who was in his mid-20s, to the hospital for treatment.

Police did not know the man's condition as of 11:15 p.m., and officers were still looking for a suspect, according to a tweet from the Billings Police Department. There was no information on a suspect, and no threat to the public.

Saturday's shooting is one of a series that have occurred in the past week. On Friday, emergency crews responded to a man shot in the abdomen, and two people were found dead in their home in a homicide-suicide Sunday.

Man with gunshot wound taken to hospital in Billings

Emergency crews took a man shot in the abdomen in midtown Friday to the hospital.

The Yellowstone County Coroner's Office has identified the woman and man found dead in their West End residence Sunday evening with gunshot wounds.

Two people have been arrested after police found a man dead from a stab wound outside of a Billings home early Friday morning, marking the six…

A 37-year-old man who was stabbed to death early Friday morning in Billings has been identified. 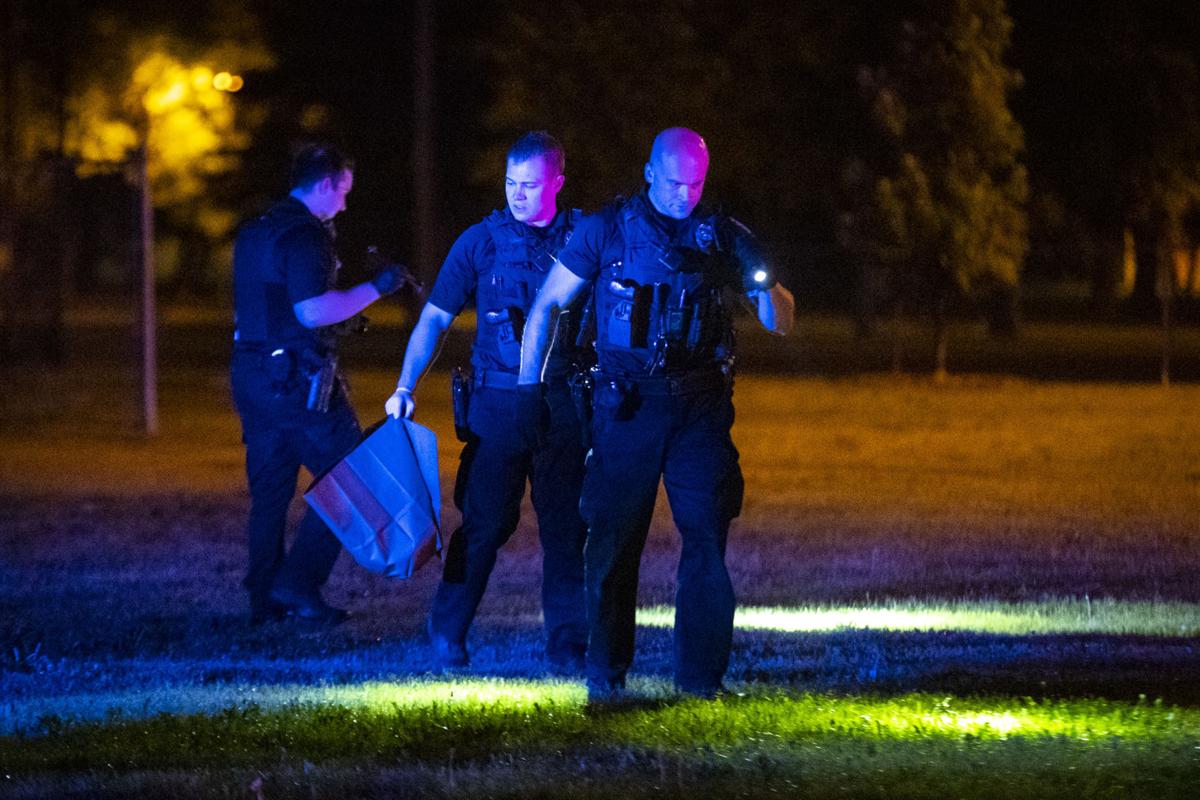 Billings Police officers search the grass at the scene of a shooting on the N 22nd Street side of North Park in Billings on Saturday. 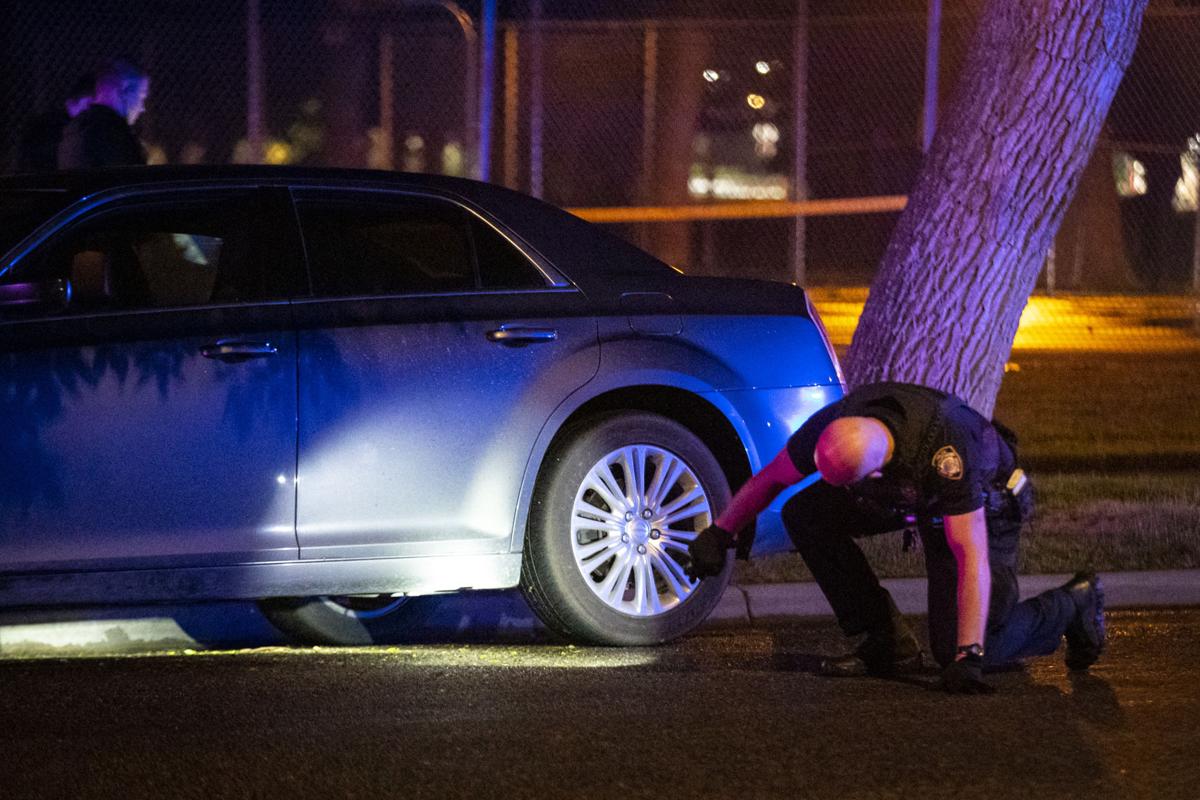 A Billings Police officer looks under a car at the scene of a shooting on the N 22nd Street side of North Park in Billings on Saturday, June 6, 2020. 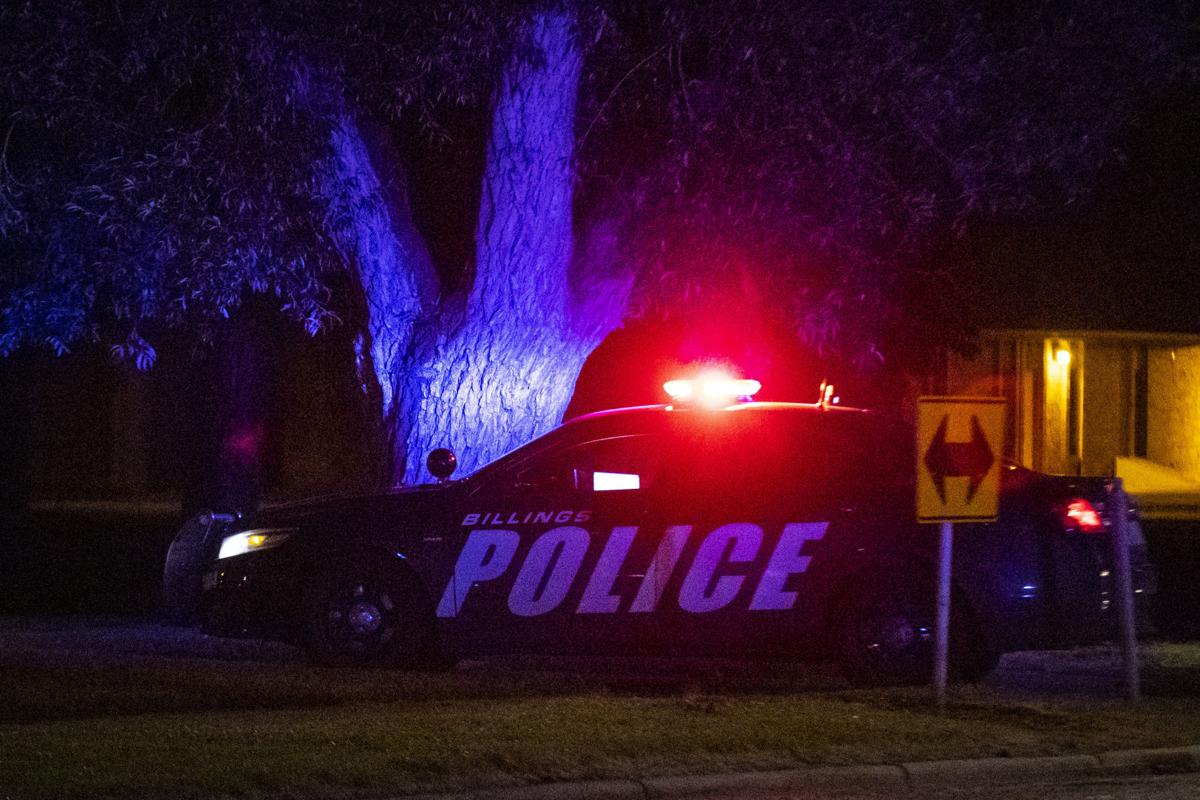 A Billings Police car lights up a tree at the scene of a shooting on the N 22nd Street side of North Park in Billings on Saturday, June 6, 2020. 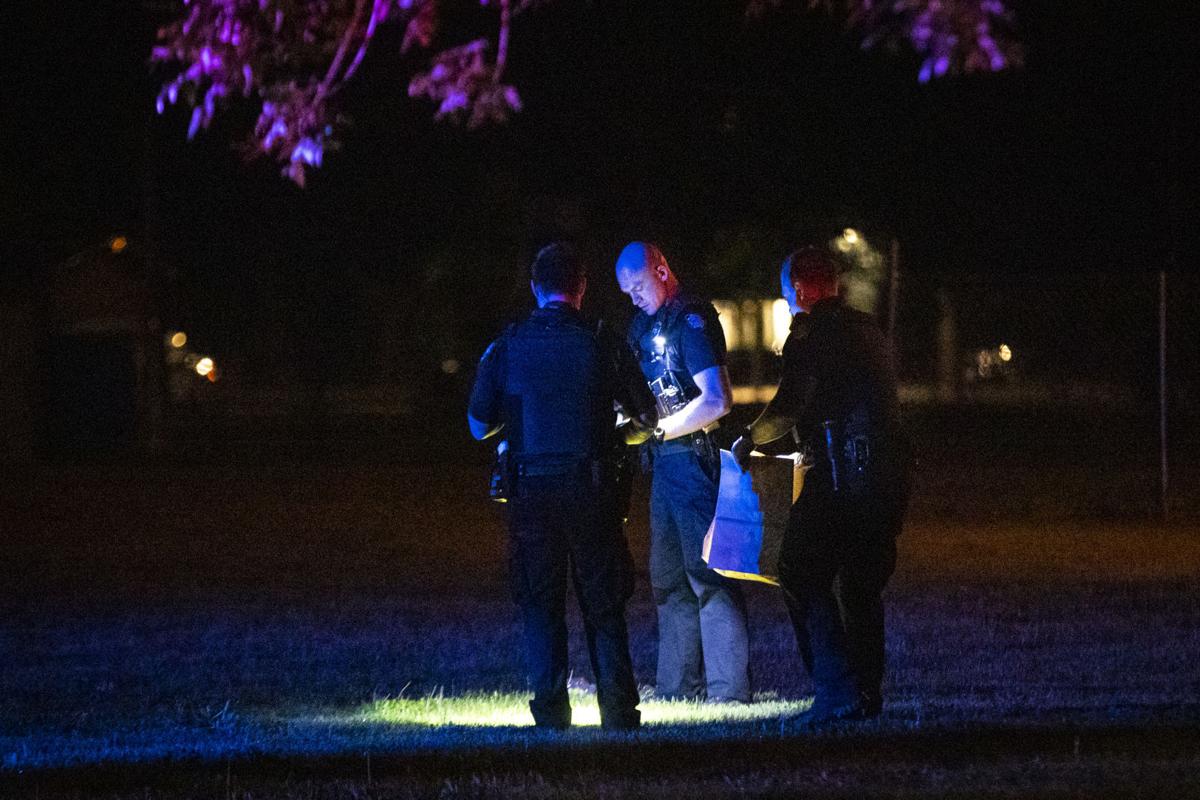 Billings Police officers search the grass at the scene of a shooting on the N 22nd Street side of North Park in Billings on Saturday, June 6, 2020.