A recent federal audit of the Crow Tribe’s court system alleges widespread mismanagement of federal funds in the judicial branch, failure to comply with hiring policies and nepotism, including the creation of a hostile work environment for the most recently elected judge.

BIA Regional Director Darryl LaCounte submitted the report earlier this month to Crow Chairman Alvin “A.J.” Not Afraid. The 16-page document summarizes findings by a team of federal officials who visited the tribal court system in December of last year to review the court's financial and other activities for the fiscal year that ended Sept. 30, 2017.

Crow Chief Judge Leroy Not Afraid, the head of the tribe's judicial system, said Wednesday he had reviewed the report, but declined to comment on its contents.

"My response today is I have received the document and I will respond accordingly in the time allotted," Judge Not Afraid said. "My response will be made to the chairman of the Apsáalooke. He is the designated representative of the Crow Nation."

Calls to Chairman Not Afraid were not returned.

The federal government's funding contract with the tribe is in "high-risk status," the report notes, requiring the tribe to provide documentation before its expenses are reimbursed.

“The regional awarding official has been made aware of these deficiencies and is reviewing expenditures for allow-ability, and she has the discretion to take further action as warranted,” LaCounte wrote in his cover letter to Chairman Not Afraid.

In their report, officials identified instances in which federal self-determination funding for the tribe’s court system, referred to as “638 funds,” were not properly accounted for or were used for reasons outside the scope of the federal grants.

In one case, a 2016 Chevy Tahoe V8 was purchased for $44,804 with 638 funding in late 2016 and subsequently disappeared, according to the report. It goes on to state that Tribal Court Administrator Ginger Goes Ahead told the team of reviewers "that it was purchased under the previous administration, and she said it was from (the tribe's) general funds; therefore it was not the reviewers' concern."

The report contradicts that statement, referring to a 2016 financial audit showing that federal 638 funds paid for the vehicle.

The review team also states that Associate Judge Michelle Wilson, who was elected in November, has been subjected to a "hostile work environment" since taking office. Wilson replaced former Associate Judge Sheila Not Afraid, who was re-hired after her failed re-election bid by her husband, Judge Not Afraid.

Noting that Sheila Not Afraid was unavailable for an interview by federal officials, the report states that Wilson "was present, but reviewers were specifically told by (Goes Ahead) not to talk to the new judge" and then "proceeded to make derogatory comments about the ethics of the newly elected judge."

The reviewers also found that Wilson is being paid less than the previous associate judge, and also less than the current clerk of court.

"The fact that the chief judge is a full-time judge for the Tribal Court and a (Big Horn) County Magistrate and the previous associate judge is the spouse of the chief judge raises ethical concerns," the reviewers added.

Among multiple instances in which money paid to court staff appeared to contradict tribal finance policy, the report states, the outgoing judge was given $21,320 in severance pay for 90 days' worth of work — a payment authorized by her husband's signature, the report states.

Other alleged violations of federal or Crow Tribe financial policies included commingling funds from fines, fees and bonds; failures to report transactions to the tribe's budget department; and using both the tribe's general fund and federal funds to increase judges' salaries beyond limits established by tribal statutes.

Court employees were hired without background checks, and temporary employees appear to have been paid using funds not subject to oversight by the tribe’s financial department, according to the report.

The document includes recommendations for bringing grants into compliance with federal and tribal policy, but does not indicate whether funding could be withheld as a result.

The video shows a man sitting down to use a digital blood pressure monitor. Subtitles offer instructions for readers.

Expecting mothers who drink, use drugs may be jailed under Big Horn County attorney's plan

'Homie, I want your car': Man admits he tried to rob newspaper carrier

A Lodge Grass man admitted he tried to rob a Billings Gazette employee who was delivering newspapers and that he told the employee, “This is a…

Hardin jail won't reopen in January, but lease with Bureau of Indian Affairs is still in the works

The Two Rivers Detention Facility in Hardin won't reopen in January, as previously estimated, but federal officials are reviewing a lease on t…

When the Indian Health Board of Billings closed its clinic in May, hundreds of urban Indian patients were left without easy access to health care.

The northwest corner of Stuart Conner’s Billings home should be breathing a sigh of relief.

Crow Tribe can't account for $14.5 million in grant dollars, according to audit

Montana's Crow Indian Tribe has been unable to account for $14.5 million it received for transportation programs, marking the second time in l…

Crow court to tribal chairman: Pay our wages or be arrested for contempt

The Crow Tribe’s executive branch must pay outstanding funds owed to the courts, or contempt of court charges could lead to the arrest of the …

In a 12-3 vote, the Crow Tribe's Legislative Branch removed Chief Judge Leroy Not Afraid from the Crow Tribal Court.

Attorneys for the U.S. government are asking a judge to toss a lawsuit by the former chief judge and court administrator for the Crow Tribe af… 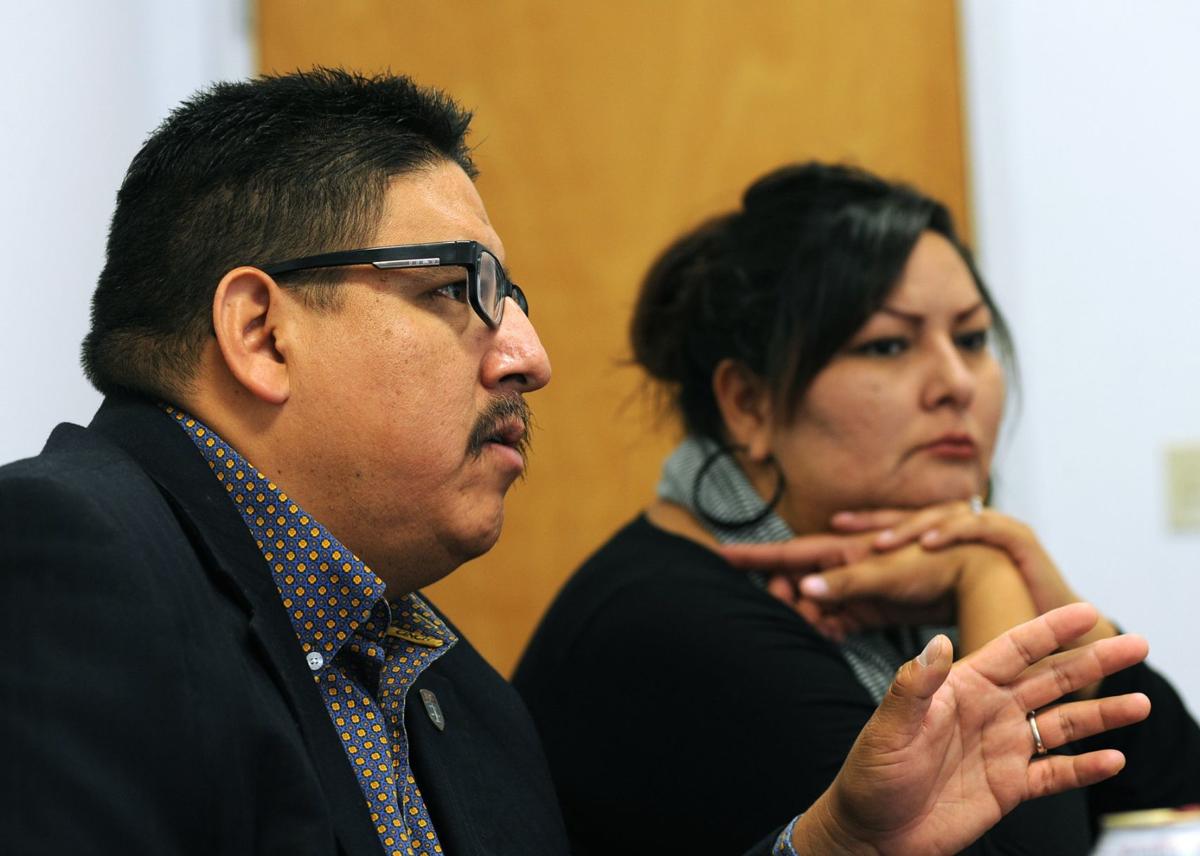 Leroy Not Afraid and his wife Sheila are shown at a meeting in Crow Agency in 2014. 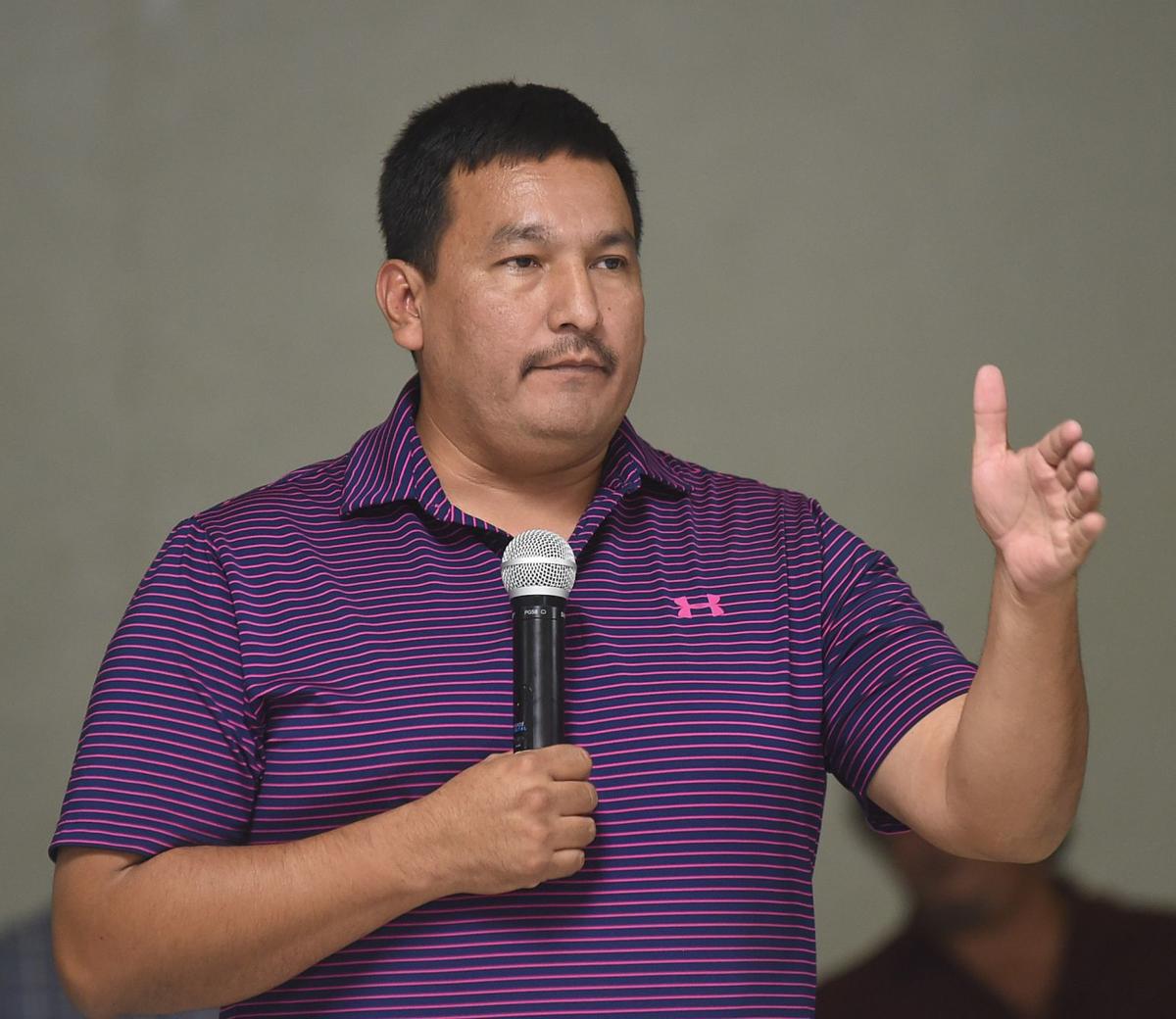