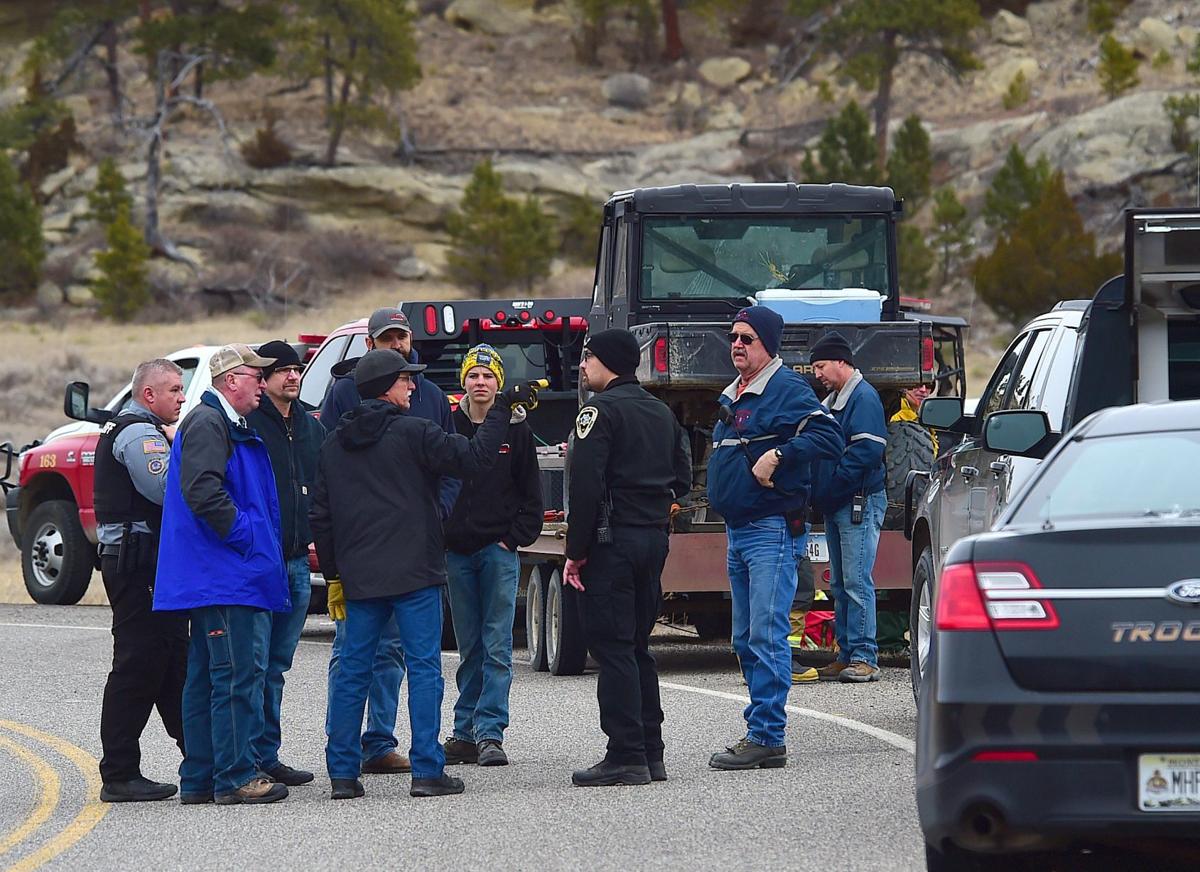 Yellowstone County Sheriff Mike Linder gathers with fire and rescue personnel on Old Divide Road near the scene of an airplane crash on Sunday morning. The airplane was overdue from a Saturday evening flight from Billings. 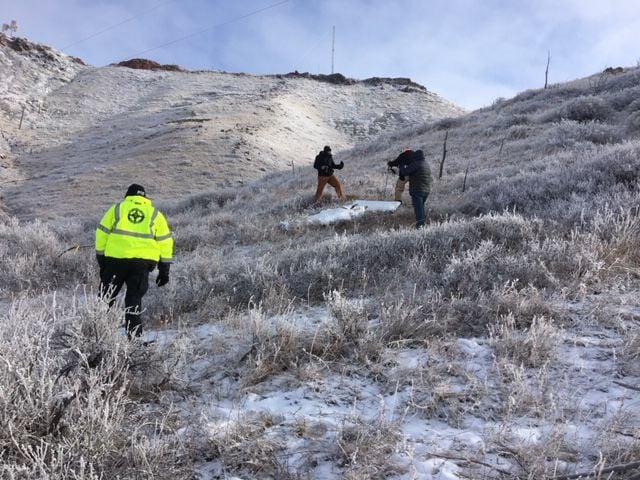 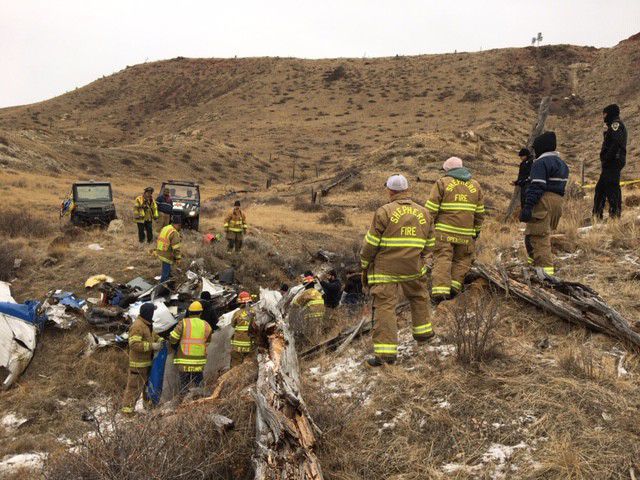 Fire and law enforcement personnel recover victims of an airplane crash near Roundup, Montana on Sunday.

The four people killed in an airplane crash about 25 miles north of Billings over the weekend were identified Monday by the Yellowstone County Sheriff's Office.

All four were from Billings. Healow was listed as the pilot, said Sheriff Mike Linder in a press release issued early Monday night.

As autopsies were performed Monday, officials pressed on with their investigation into the crash believed to have occurred Saturday evening. The wreckage and the victims were discovered Sunday morning in a remote area among coulees between Billings and Roundup.

Linder said Sunday the plane appeared to have hit a guy wire connected to a roughly 200-foot radio tower on Dunn Mountain and then tumbled to the base of the mountain's west-facing slope.

Monday afternoon an FAA spokesperson said it's believed the plane left Hardin at about 5:40 p.m. with Billings as its destination. The estimated time of the plane crash is 6 p.m. That time is determined by last contact with FAA Flight Services, either through radar or voice communications, FAA spokesperson Allen Kenitzer said by email.

The lead agency on the investigation is the National Transportation Safety Board. The NTSB works with the FAA, the engine manufacturer and the airplane manufacturer during its investigations, according to NTSB public information officer Terry Williams.

An NTSB investigator has been in Billings since Sunday night, he said.

Monday morning the sheriff's office transported NTSB and FAA investigators to the scene of the crash, according to Linder. They spent most of the day at the crash site before returning to Billings at about 4:30 p.m.

During its investigation, the NTSB will look into a variety of factors including the crash site, the aircraft, the engine, the pilot's history, the maintenance of the aircraft and the environment, including the weather, said Williams, the NTSB information officer.

Investigators typically visit the crash site and at some point the airplane will be moved to "a more secure location for a more thorough examination," Williams said.

A preliminary NTSB report is generally issued seven to 10 days after a crash, but that report won't include a determination of cause or analysis, according to Williams.

Among limited information about the crash on the FAA's website is the plane's tail number: N736YU.

That tail number comes back on the FAA's online aircraft registry to a 1978 Cessna TR182, a fixed-wing single-engine plane. The plane's status is listed online as valid, with a certification issued in March 2018 set to expire in March 2021. Cessna 182 airplanes typically seat up to four people.

Of the four crash victims, Healow is the only one whose name turned up on the FAA's online Airmen database. According to FAA records Healow was certified as an airline transport pilot, flight instructor and ground instructor.

An initial alert notice for a search for a missing aircraft was issued at about 3 a.m. Sunday, according to the FAA. The sheriff's office then began working to locate the plane. A radar track was used to find a rough location of the crash site, after which its exact location was discovered by flying over the area in a helicopter piloted by Al Blain of Billings Flying Service.

A Town Pump convenience store on King Avenue West was robbed at gunpoint early Monday morning, according to the Billings Police Department.