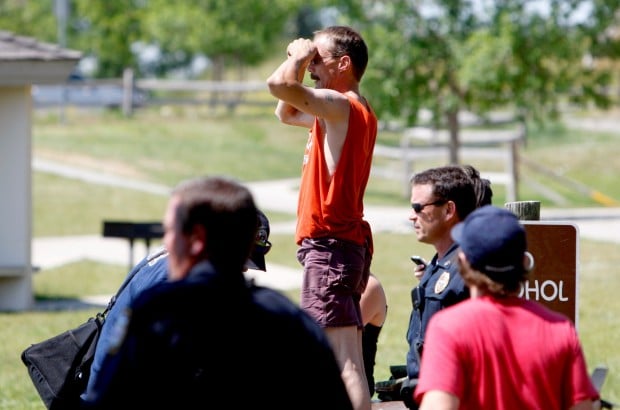 Law enforcement officials and witness Stormy Kaldor, center, scan the water after a man went missing while swimming in Lake Elmo on Wednesday. 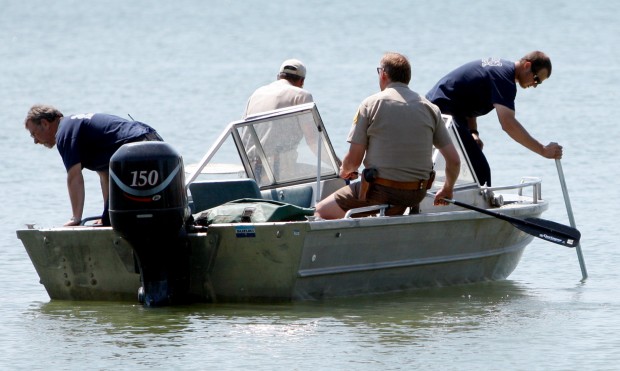 Billings firefighters and Montana Fish, Wildlife and Parks employees search for a missing man in Lake Elmo on Wednesday afternoon.

Law enforcement officials and witness Stormy Kaldor, center, scan the water after a man went missing while swimming in Lake Elmo on Wednesday.

Billings firefighters and Montana Fish, Wildlife and Parks employees search for a missing man in Lake Elmo on Wednesday afternoon.

A dive team recovered the body of a man who authorities believe drowned at Lake Elmo on Wednesday afternoon.

﻿Bob Gibson, with the Montana Department of Fish, Wildlife and Parks, said the team recovered the body at about 6 p.m. and that a coroner was called to the scene.

Stormy Kaldor, of Billings, told police he saw the man standing next to a fence near the lake while Kaldor was swimming off Lake Elmo Drive.

Kaldor said the man went into the water, dog-paddled more than 100 yards out, and began to turn back.

“One minute I looked out he was there, and the next minute he was gone,” Kaldor said. “No screaming, no splashing — nothing.”

Two women also saw the man disappear into the water. They called 911 while Kaldor swam around searching for the missing man.

Billings police officers, Billings firefighters, ambulance crews and representatives of the Department of Fish, Wildlife and Parks first responded to the scene at around 2:30 p.m. An FWP boat started surveying the area while dive teams were on the way.

“He got into the water and did not come back,” Lt. Jeremy House said.

Witnesses said they did not know the man.

House said officers found clothing and personal belongings, including a wallet, that they believe belong to the man. He did not release the name, saying that the investigation was in the early stages.

Two divers from the U.S. Water Rescue dive team arrived and spent several hours combing the lake for the man before finding him. After about an hour of searching, the rescue effort was classified as a recovery effort.

Authorities have identified the man who drowned in Lake Elmo Wednesday afternoon.