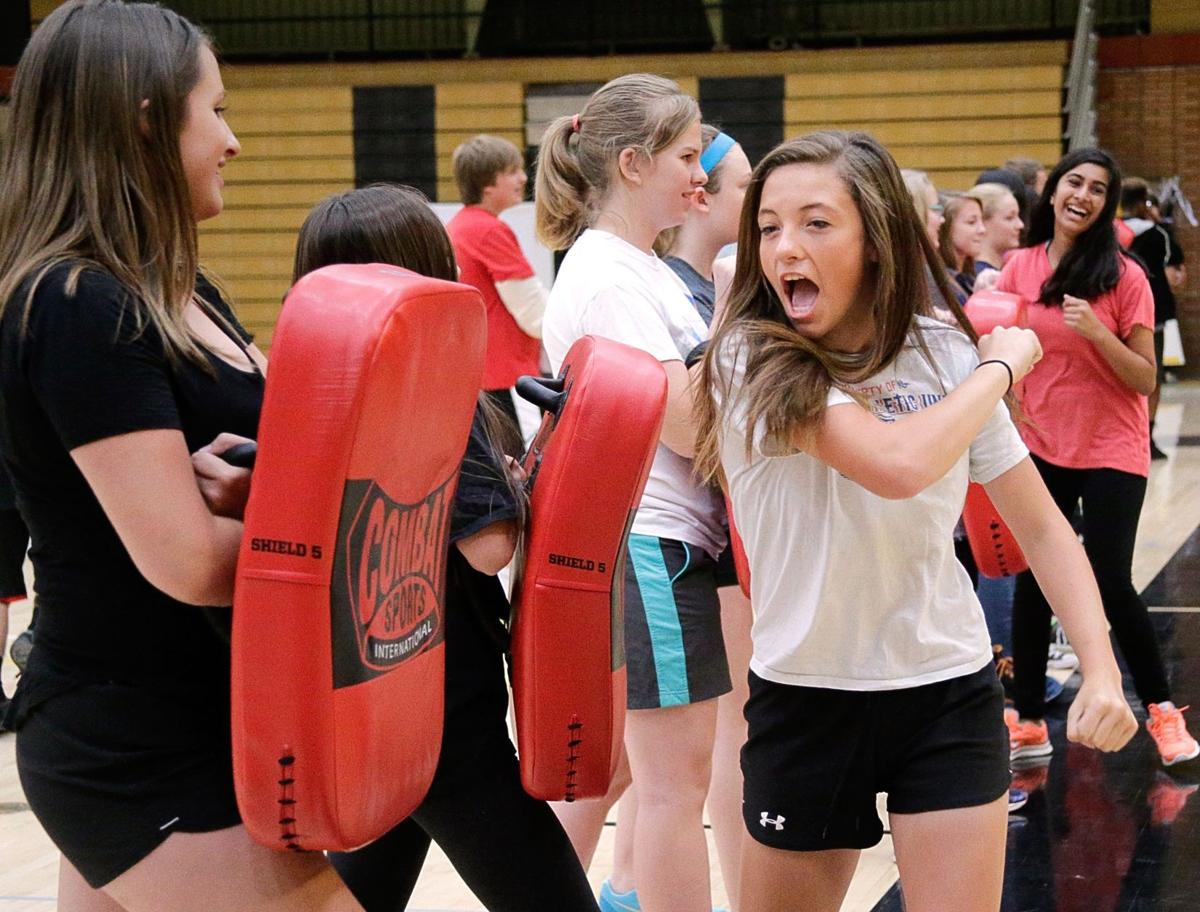 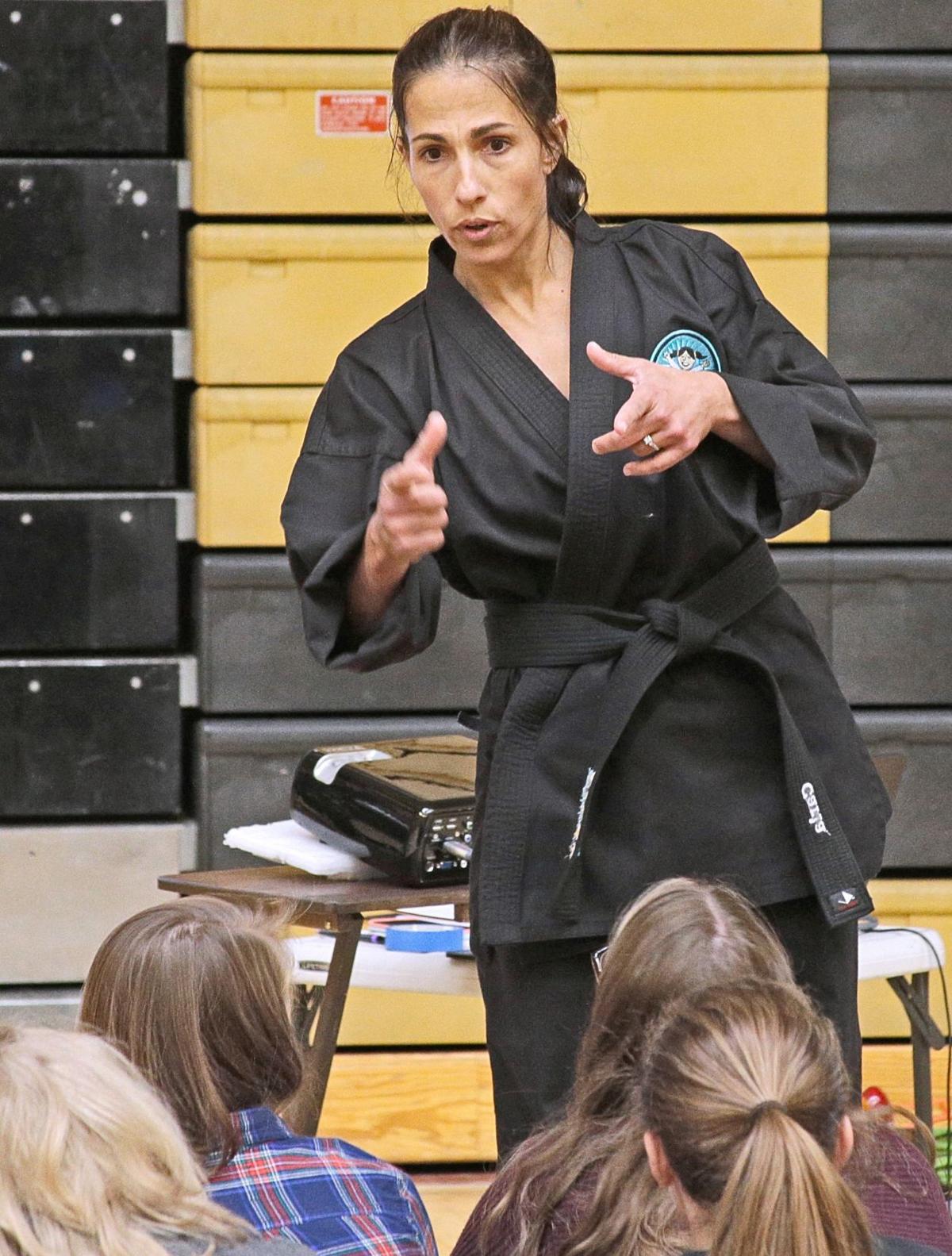 Carla Verbsky teaches the G.R.E.A.T. Self-Defense class at West High. She emphasizes that martial arts skills are about control as much as being able to defend oneself.

Self defense is a two-word topic for Carla Verbsky.

"If you don't feel safe in your own skin, how can you stand up for yourself?" she told West High freshmen Thursday.

Verbsky runs G.R.E.A.T. Self-Defense, a free course for area schools that has expanded to 11 schools this year. Thursday was the first of three rounds of classes at West for the year.

Students learn some martial arts basics, but much of Verbsky's message focuses more on self than defense. She emphasized that classmates treat each other with respect and noted Montana's nation-leading suicide rates.

Other parts of her presentation are more intense. A presentation included graphic photos of assault victims. "Psychopaths," "predators" and "evil" people can be a real threat, Verbsky said.

But students shouldn't have to worry about them at school, she said. That starts with treating each other with respect.

The message resonated with students.

"It was awesome," freshman LaKeema Williams said. "She really, like, burned it into my brain."

Verbsky emphasized that martial arts skills are about control as much as being able to defend oneself.

"A weapon must not be given to people if they can't handle it safely," she said.

Students started the class learning basic punches and kicks. Then, after the presentation, they went through a line of students holding pads to practice.

G.R.E.A.T. is a nonprofit, and Verbsky purchased much of the equipment herself. She was helped by Dennis Forleo from Shepherd-Warrior Martial Arts School on Thursday.

Verbsky is a diminutive woman who grew up in Brazil. She wasn't much taller than some students even as she stood on a bench. She exudes energy no matter whether she's punching and shouted at some point in almost every sentence. She demands that students address her as "ma'am," and resembles a drill sergeant at times.

After class wrapped up, Verbsky broke away from a conversation to hug a student she knew from previous classes.

The misdemeanor domestic assault case against a Billings Clinic doctor has been dismissed.

Carla Verbsky teaches the G.R.E.A.T. Self-Defense class at West High. She emphasizes that martial arts skills are about control as much as being able to defend oneself.