In 2011, Montana adopted a new set of education standards that largely reflect Common Core. The standards provide benchmarks at every grade level and are largely recognized as more rigorous. The standards were adopted at the state level and produced by a consortium of states, but have been criticized as a top-down approach pushed by the federal government. Any new standards in Montana are subject to final approval by the Board of Public Education, but the superintendent usually plays a heavyweight role in the process.

Romano, a teacher for 12 years, was involved with writing Common Core standards and believes they provide a high bar for students.

“They’re so superior to the old standards,” she said. “They’re rigorous, they’re high expectations for every single kid, they set a very defined end goal for where we want our kids to be at the end of the year. There’s a clear path for teachers to follow.”

Arntzen, who spent 23 years teaching and is a state senator representing Billings, has expressed skepticism about Common Core and the assessment developed based on the standards, Smarter Balanced tests. But she’s stopped short of saying she would push for new standards.

She did say she’s glad the standards have become a hot topic.

“It brought the discussion of education into coffee,” for the general public, she said.

Romano, however, said there’s been a lot of misinformation about Common Core, which has also rubbed off on testing.

A new federal law, the Every Student Succeeds Act, will replace No Child Left Behind, and states need to have a plan to comply with the law. Montana education officials are aiming to have a plan submitted to the feds before Juneau leaves office. The plan includes how schools will be ranked and what kind of intervention the state will have for the lowest-performing schools. It's unclear what the new Superintendent could do to change the plan if it's submitted.

Both candidates said they would need to see the plan before making definitive judgments, but Arntzen took a pessimistic approach while Romano expressed confidence in the process.

“It would be silly for me to sit here and say I’m going to scrap it,” Romano said. “I think it’s going to be far better than No Child Left Behind. It’s a Montana-made plan, which means that we get to craft it to the best for our communities.”

Arntzen said that she believes the plan is being rushed without enough time for community input. She criticized the process as being Helana-dominated. The plan is being developed, in part, by a committee who meets in Helena but draws representatives from across the state.

“I think the representation is there, but are they listening to them?” she said.

Montana dipped its toe into using public money to subsidize private education in 2015 with the passage of a law allowing a $150 tax credit for scholarship donations. More school choice battles are likely ahead. While the superintendent position appears to have little direct control over the topic, the office can be a strong voice of support or opposition for proposed legislation.

Arntzen, who voted for the tax credit law, said that to her, school choice is rooted in “flexibility,” even among existing public schools. Last year, she looked into a bill that would have allowed parents to choose between public schools based on performance, but nothing was introduced. She said she’s a servant of public schools above all else and wouldn’t take any money from public schools.

She voted for HB 322 in 2015, which would have created education savings accounts for qualifying students with special needs. The law would have attached state funding, typically allotted directly to schools, to individual students and allowed it to be used at a school of parents choice, including private schools. Gov. Steve Bullock vetoed the bill.

When asked about her position on several legislative issues, she declined to offer a stance, saying those issues are for the legislature to decide.

Romano cast the Republican Party as a champion of choice initiatives — which it largely has been in Montana — and said she’s a staunch opponent of using public money for private schools.

Antzen has highlighted the importance of offering more counseling services to middle schoolers, both for mental health and academics, and increasing per-student funding for middle schoolers. She also said she’d like to streamline reporting requirements for schools, avoiding duplication. It’s unclear what requirements the superintendent has the authority to change.

Romano has focused on equitable funding for K-12 schools, making sure inflationary increases continue and adding funding for 19-year-old students to complete high school. She also would like to see more support for teacher-mentorship programs, pairing new teachers with veteran experts.

Both candidates have said that infrastructure funding needs to improve. Romano in particular has said she’d like to see state payments that help local districts pay off interest on bonds beefed up. It’s dwindled over the last several years. She also support Gov. Steve Bullock's infrastructure plan.

Using grant money to fund school-level programs has been a staple of the OPI under Denise Juneau. Graduation Matters, which offered grants to schools for programs offering services to help more students graduate, used private funding. Schools of Promise, a turnaround program for Montana’s lowest performing schools, used all federal money. Juneau was able to advance her initiatives without legislative funding.

Arntzen expressed wariness of some grant funding — she was one of about 50 Republican legislators to sign a letter urging the rejection of a $40 million federal preschool grant Montana received. Funding needs to be stable, she said.

“There’s nothing worse than an education grant that might peter out,” she said.

She said that she would not, however, automatically reject federal money for schools. About 12 percent of schools' budgets and about 16 percent of the OPI department budget comes from the federal government. The OPI also brings in another roughly $140 million in combined private, federal and state grants.

Romano said she thinks that community-planned programs supported by grants are a good way to build partnerships. She envisioned grants being an important part of teacher-mentor initiatives.

With the discontinuation of No Child Left Behind, which many saw as federal intrusion into education, local control has become a rallying cry for both sides of the aisle, and both candidates have touted its value.

Romano emphasized the importance of working with communities when instituting new programs and reforms, but said that Montana already affords communities significant control, like using their own curriculum to teach to standards. Arntzen said the state could do more.

“The community knows best,” she said, saying that administrators and local trustees need flexibility. “There’s no way that they are going to abuse more local control.”

Melissa Romano, a Helena teacher and candidate for Superintendent of Public Instruction, fields questions during the MEA-MFT Educators Confere…

When I think of public education, I think about Mrs. Mulvaney, one of my teachers at Warren Elementary School in Helena. I can still smell the…

When Montana’s next superintendent of public instruction takes office in January, our academic school year will already be half over. The Mont… 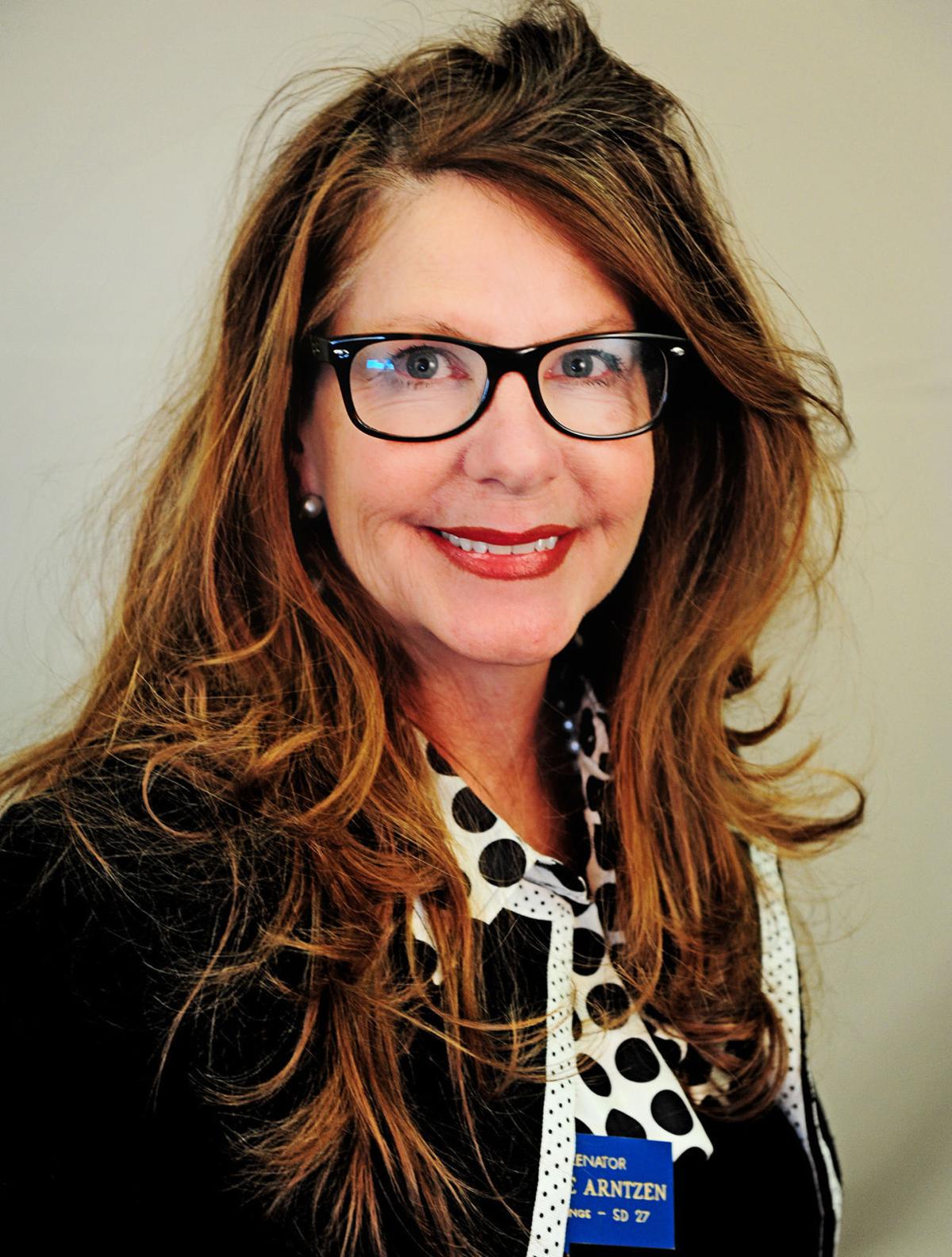 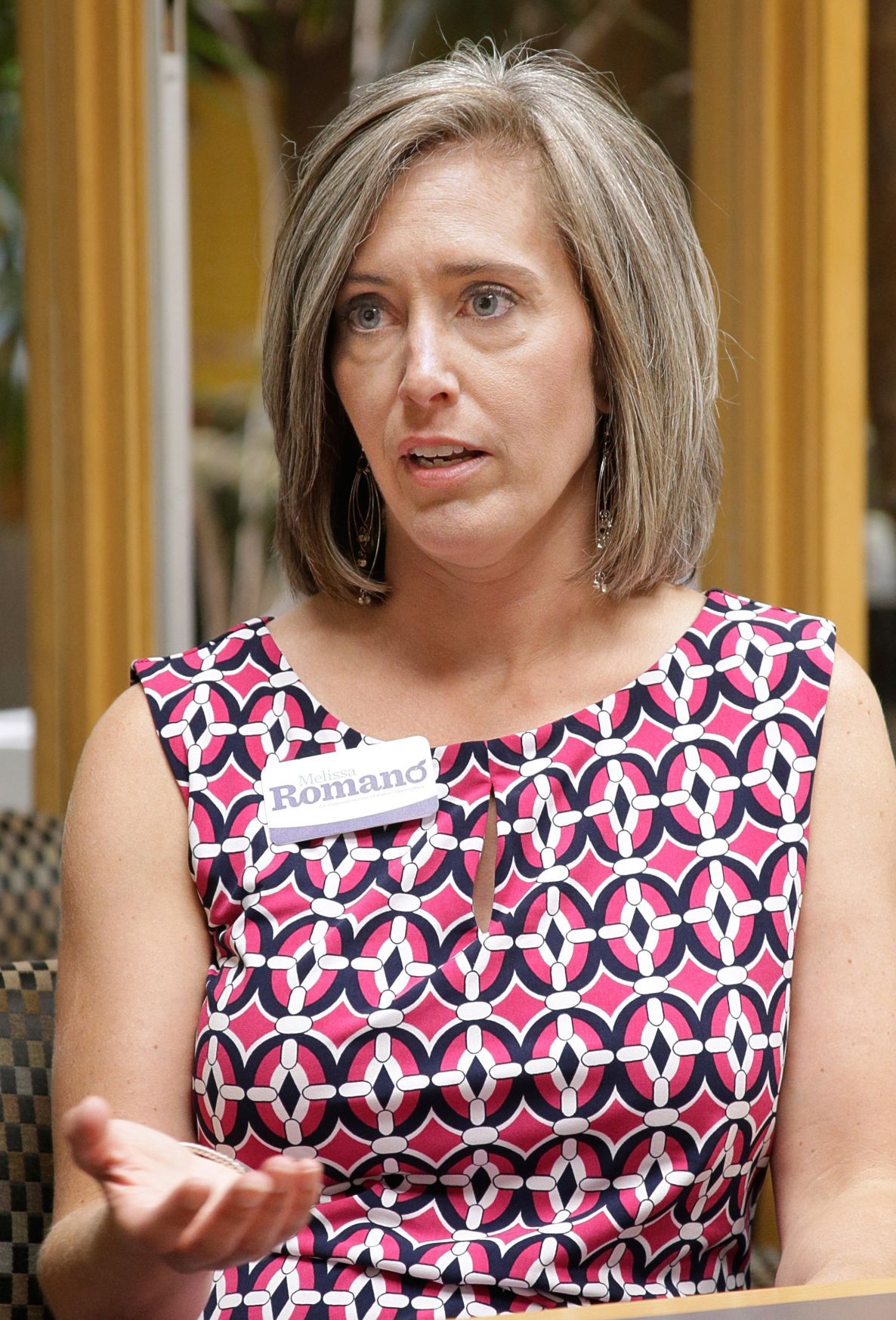