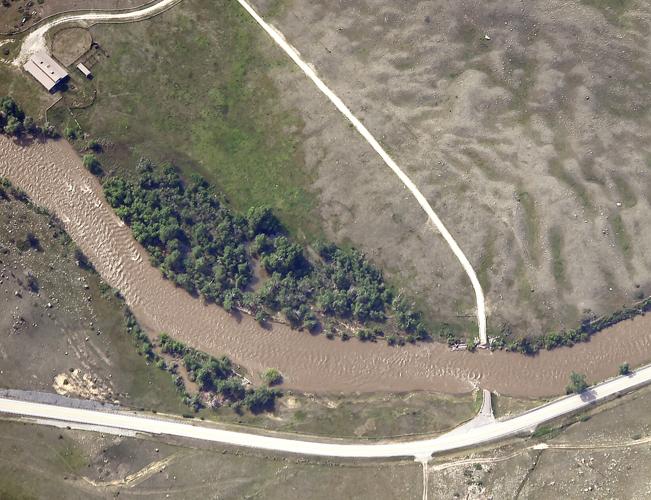 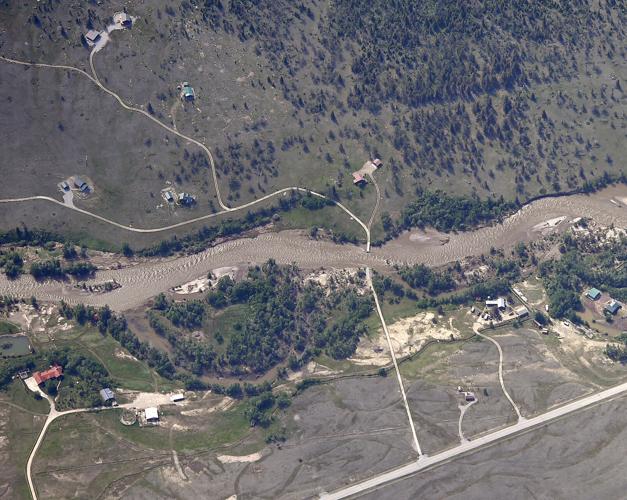 For those traveling by car or truck, the impacts become visible fast.

In Carbon County, the Beartooth Highway or U.S. Highway 212 from the Wyoming border to Red Lodge remains closed. Montana Highway 78 from Red Lodge to Roscoe and S-419 between Junction and Nye are also closed, along with a number of side roads and bridges.

According to the Carbon Alert Incident map, the north and south East side road bridges are both out. The Meteetse Trail Bridge, Lower Wapiti Valley Road Bridge, the 9th street bridge, the 19th Street Bridge and the bridge crossing Highway 78 on Roscoe are completely out due to flood damage.

A perilously teetering rail bridge close to Highway 89 has caused the closure near Livingston, Park County Public Works official Matt Whitman said. The rail bridge has been abandoned for years, and the choppy waters have eroded enough of the bank and structure that some witnesses fear it's close to collapse.

Whitman says that state engineers with the Montana Department of Transport will be able to look over the bridge once the waters recede. Until they're able to declare it steady, Highway 69 will remained closed. If the bridge collapses, its remains could destroy parts of Highway 89 down the river.

The Point of Rocks Bridge on Highway 89 is still closed, but repairs are projected to be finished by the end of the week.

“They’re still working on some paving and guardrail work sometime during midweek,” said Lori Ryan. “And they’re looking to have it re-opened by the weekend.”

The process of road recovery and bridge repair is one that requires precision, area road experts explained. Each layer of a road depends on the one beneath it, so any mistakes impact future ones.

Meanwhile, railways are trying to keep up post-floods.

Much of the rail systems in Montana stay clear of the flood zones, but one of Montana Rail Link’s routes follows the Yellowstone River.

MRL is a regional railroad that usually hauls products from businesses across Montana and Idaho. During the peak of the floods last week, MRL saw an eight hour delay of transportation, holding the commute for safety reasons, MRL’s media contact Andy Garland said.

By the time the waters receded, railway patrols had determined the water hadn’t damaged the tracks beyond some washed away dirt — something MRL railways could easily patch, Garland said. With that, the trains were launched once more and haven’t seen a significant delay since.

However, other railways haven't been as lucky. BNSF Railway, a nationwide railway company that crosses through Montana, saw several tracks shut down. Some were closed after high waters tore away at their foundations, making the earth too unsteady to hold trains. Repairs for some tracks have begun, but it is currently unknown when BNSF will be fully up and running again.

The small town of Fishtail has gotten lost a bit in the shuffle. It’s not a big tourist attraction like Gardiner or Red Lodge, and it doesn’t have the economic pull of the nearby Stillwater Mine.

The only other way into Fishtail is by taking Grove Creek Rd. Stillwater County is asking for local traffic only on the small road, but that includes people wishing to shop or eat in Fishtail. There’s a pilot car to guide traffic, and the county is asking all travelers to use the stop signs posted throughout.

Instead of turning south at Absarokee and staying on MT-79, turn west onto Stillwater River Rd., continue for three miles and turn left onto Lower Grove Creek Rd.

The road should come in handy this weekend. On Saturday, June 25, The Fishtail Community Council is holding the annual Fishtail Family Fun Day, a carnival held in the Fishtail Family Park from 8 a.m. – 4 p.m. The event will have food and beverage vendors, a parade, a cornhole tournament, live music and more. Check out their Facebook page for more information.

The lift came from the Carbon County Department of Environmental Health, which also advised residents get rid of their old, possibly dirty water. People should run both hot and cold water for at least five minutes each to flush contaminants out. People should also flush out appliances connected to their water line, like refrigerators and dishwashers. Disposable filters that touched dirty water should be replaced, and ice from ice makers should be dumped and replaced three times.

'A brand-new river installed': Gardiner outfitters excited to get back on the water

After flood waters turned the gateway town of Gardiner into a virtual dead end, Richard Parks is looking to keep his nearly 70-year-old fly fishing shop in business.

RiverStone Health will be offering tetanus and hepatitis A vaccines to people affected by recent floods in Carbon County this Thursday.

Traveling to Yellowstone? Here's what to expect

Here's what tourists need to know about visiting Yellowstone National Park as it partially reopens to visitors on June 22 following flooding that prompted the evacuation of visitors and entrance closures.

Montana Fish, Wildlife & Parks is re-opening the closed sections of the Yellowstone River to recreation on Thursday.

The Stillwater was closed to all use following historically unprecedented flooding in mid-June. Flows were still high on Tuesday at 5,460 cubic feet per second compared to a typical flow of about 3,000 cfs at this time of year. 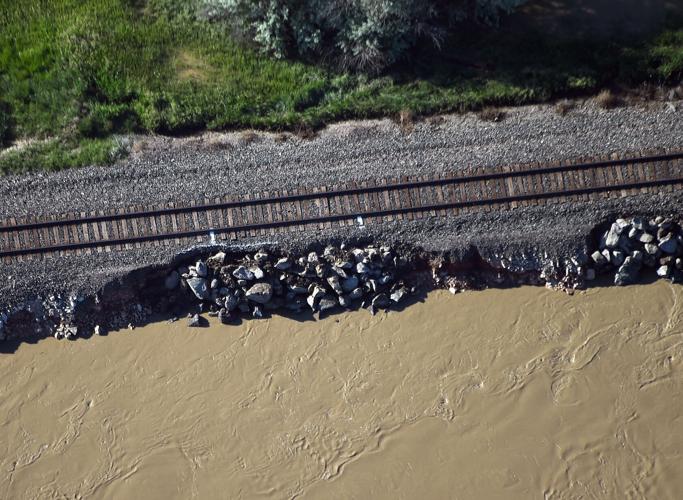 An aerial view shows erosion of the BNSF rail line between Custer and Pompeys Pillar as the Yellowstone River floods on Thursday. 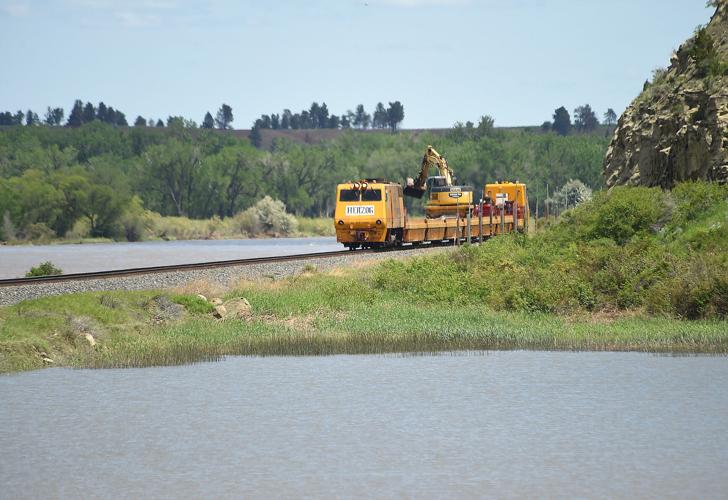 BNSF railroad adds rocks to shore up tracks between Pompeys Pillar and Custer on Monday. Several sections of track appeared to be under repair. 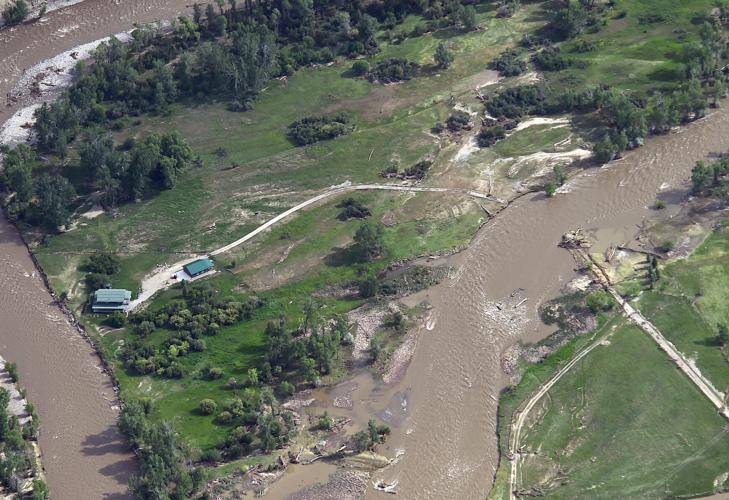